If there’s one thing you can’t take away from being Filipino, it’s the sense and importance of family. This is why family vehicles have steadily grown in the local automotive scene, specifically MPVs (Multi-Purpose Vehicles).

Recently, the industry-leading Toyota brand launched two of their MPV offerings: the all-new Avanza and Veloz. Fellow industry leader Mitsubishi also threw their hat into the ring with the all-new Mitsubishi Xpander. Being Filipino, though, I love an underdog and while the spotlight shines brightly on the new(er) models, I thought I’d take a look at the overlooked competitors. 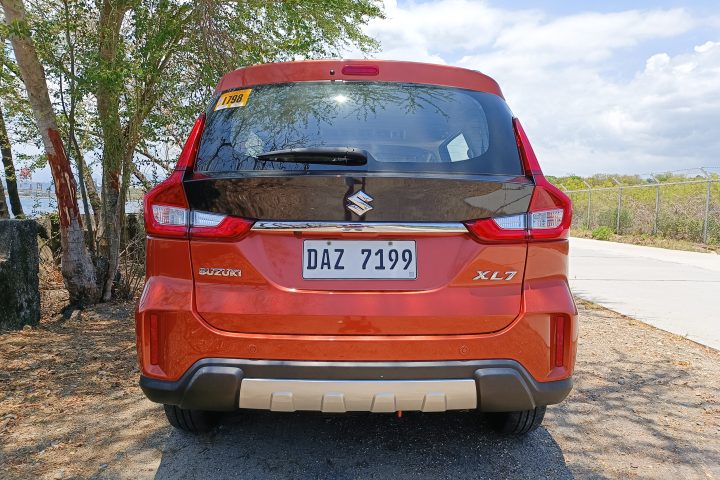 I chose the Suzuki XL7 out of curiosity, It’s the most affordable in its class yet I don’t see enough on the road. I had to find out what the XL7 has or lacks, and the only way to do it was through a road trip; the MPVs’ main purpose. 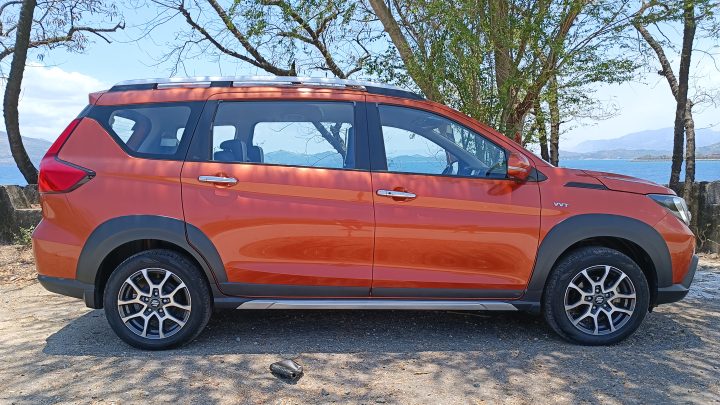 Before we get into the drive itself, let us take a quick walk around the Suzuki XL7. You wouldn’t be wrong to say it resembles the Ertiga because…well it is an Ertiga, but Suzuki’s design of the XL7 moves it away from “ohh look a family car” to “That’s a jacked-up Ertiga”. In this case, it is actually a good thing, by adding the black cladding around the XL7 and raising the ride height, the XL7 looks like a macho, “take me seriously” family car that I didn’t mind driving around. 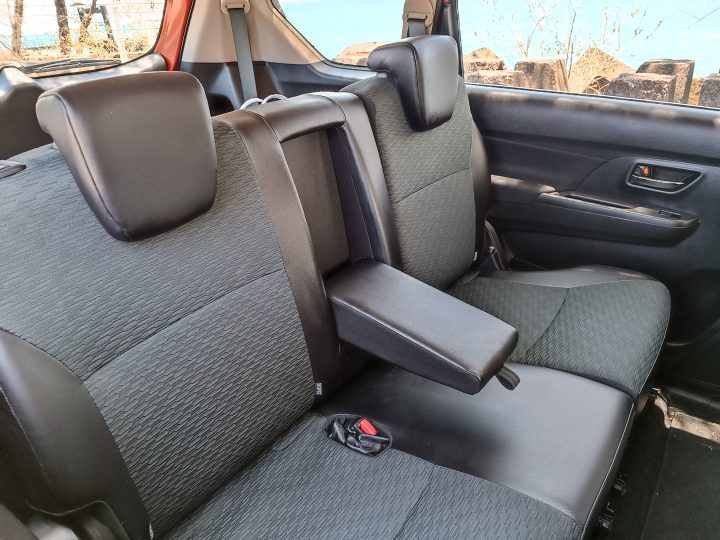 Again, it’s very similar to the Ertiga, and why not? for me, it’s one of the cleanest and best interiors in the segment. The first thing you’ll notice is the dominant 10-inch infotainment screen that juts out of the dashboard. That screen isn’t just for show, it has all the necessary connectivity options including Apple CarPlay and Android Auto. 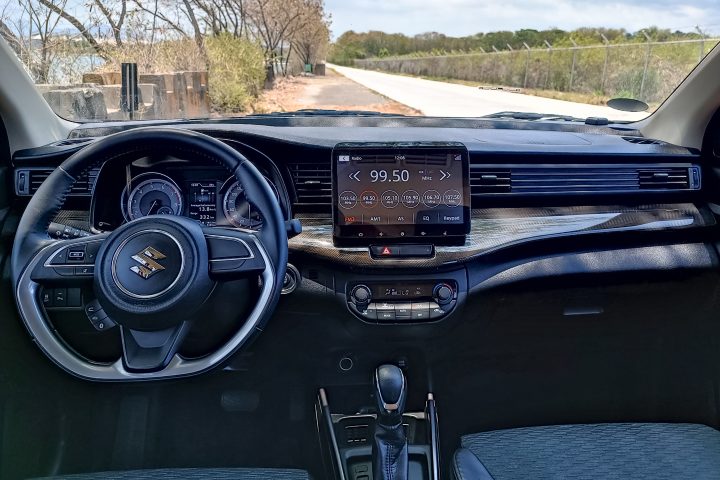 Next up is the digital instrument cluster screen in between the analog gauges. Apart from showing you the essential information on fuel economy, it also has a G-force meter, and a power and torque meter. Which I found perplexing at first since it’s an MPV but eventually relished in the novelty of the idea. My favorite feature though is the “chilled cupholders” for the driver and front passenger, which feature aircon vents to keep your drinks cool throughout the journey; and yes they really work. 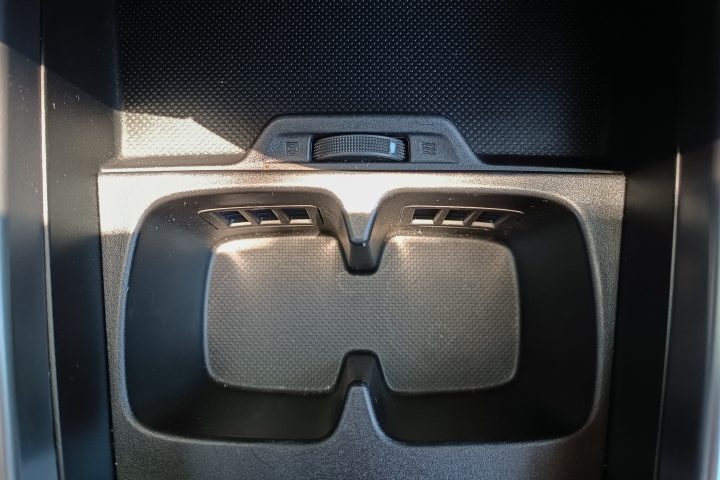 Overall, the interior is clean, modern, and feels premium (enough) for the price point of the Suzuki XL7. 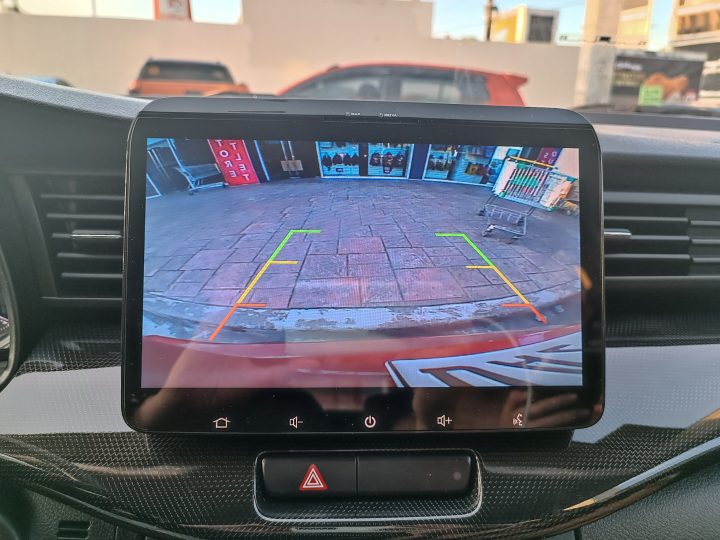 The Suzuki XL7 despite its affordable price (see later), has 2 airbags, Anti-lock Brakes, Electronic Stability Program, and backup sensors with a rear camera. The XL7 is also constructed with Suzuki’s HEARTECT platform, making the XL7 very light but very rigid. All of these contribute to a safe ride for you and your family. The chosen destination was Subic because I felt that the NLEX and SCTEX highway network would be a good test for the Suzuki XL7. I’ll be honest though, I wasn’t expecting much from the 1.5-Liter (K15B) naturally aspirated engine. It puts out 103hp along with 138Nm of torque, which is sent to the wheels via an (old-school) 4-speed automatic transmission. This powertrain package is expected to cope with a load of possibly 7-passengers and cargo, again…not expecting much. 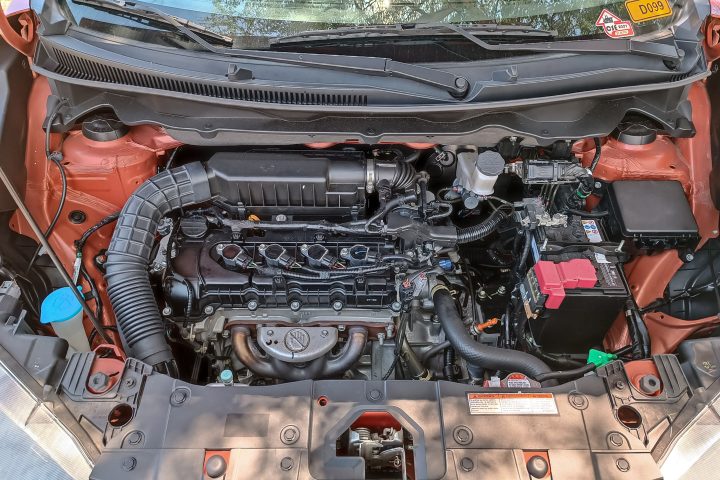 Surprisingly though, out on the highway, the XL7 was able to keep up and even allow me to overtake with relative ease. I was able to get up to a “cruising” speed of 100kph and maintain it without a hint of struggle from the powertrain.

Even more surprising was how quiet the engine was, even above 3,000rpm all I could hear was a mute drone. That plus the comfort and smoothness of the ride made for a very relaxing drive.

The best thing about the XL7 though is its ability to sip fuel. Despite the (archaic) powertrain, I was able to exit the Tipo tollway in Subic registering an astonishing 14.5Kms/L. Just for added context, on the way home despite the heavy traffic, I got it up to a high of 15.8Kms/L. In the city, the XL7 gave me 12.5Kms/L in heavy traffic conditions. Needless to say, the XL7 has nailed fuel economy in spades.

In totality, the driving experience of the XL7 really made an impression on me. Like I said earlier, I wasn’t expecting much, yet the XL7 delivered and then some. It felt smooth, quiet, and solid both in the city and on the highway. 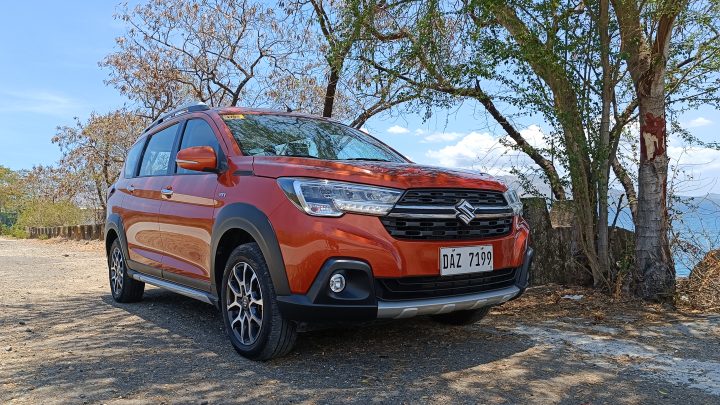 Points For Improvement for the Suzuki XL7

Of course, nothing is perfect, and while the powertrain package performed well, it’s due for an upgrade. The age of the powertrain was evident while traversing steep inclines and trying to overtake on the cramped and tight twisty national roads. While I won’t say the 1.5-Liter engine is slow and unresponsive, It’s let down by the transmission. The 4-speed automatic in the Suzuki XL7 is tuned for fuel economy (as proven earlier) and tends to hold itself in gear even on steep inclines; causing a rather abrupt and uncomfortable downshift.

What would really help the XL7 is a CVT or maybe even the tried and tested AGS transmission that Suzuki has perfected and put into other models like the all-new Celerio and Dzire.

There is hope though, in other markets the XL7 (XL6 in India) was recently launched with a Hybrid engine that is mated to a 6-speed automatic transmission. Rumor has it, that Suzuki Philippines plans to bring the XL6 in as the new XL7 sometime soon. Fingers crossed I meant what I said about the Suzuki XL7, it is severely underrated. Despite the (occasional) shortcomings of the aged powertrain combination, it is a very good vehicle. 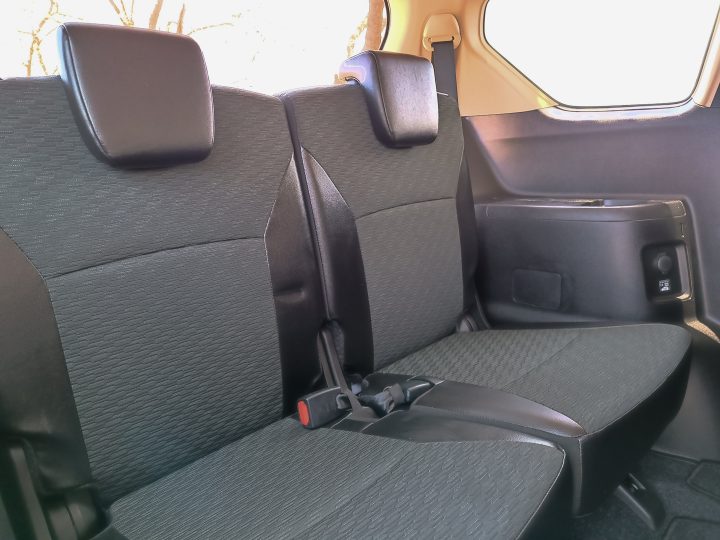 As an MPV you need not want for anything more, The space and versatility of its cargo and seating position allow you to use it as a people mover and even for utilitarian purposes. I need to point out as well that I fit perfectly well in the third row without any complaints (the third row also has its own 12-volt socket). 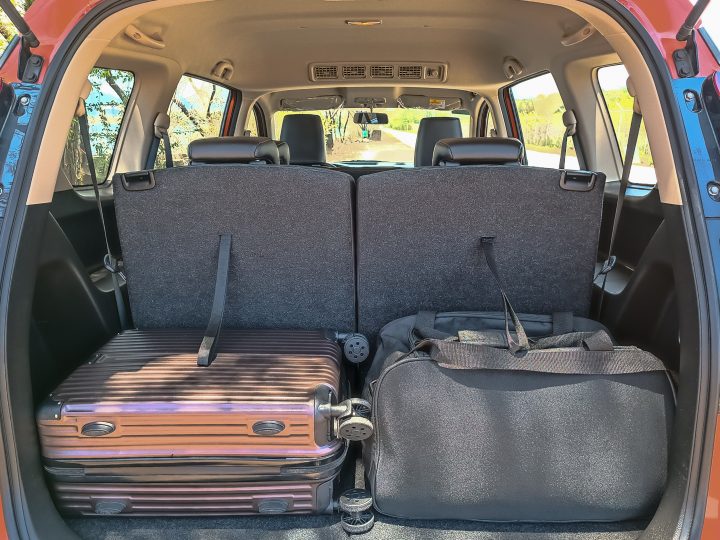 Lastly, the XL7s lone variant retails for PHP 1,098,000. Which (like I said earlier) makes it the most affordable “top-of-the-line” variant in its segment by a country mile.

So if you’re in the market for an MPV, the Suzuki XL7 still makes for a compelling choice in a crowded segment.

P.S. I highly recommend it.