A Facebook post on the official page of the Department of Public Works and Highways (DPWH) states, that the agency is preparing for the April opening of the much-awaited Binondo-Intramuros bridge.

The Binondo-Intramuros Bridge Project is just one of the flagship infrastructure projects of the DPWH under the Build Build Build Program. The project involves the construction of a 680 linear meters bridge connecting the historic district of Intramuros at Solana Street and Riverside Drive with the equally historic and bustling district of Binondo at Rentas Street/Plaza del Conde Street and Muelle dela Industria. 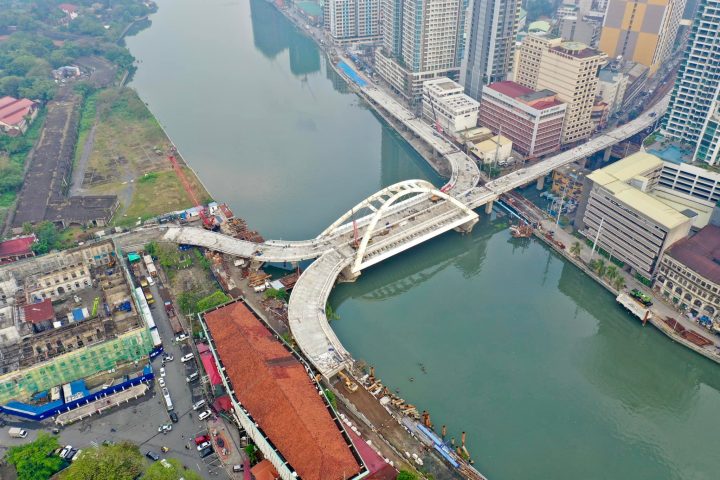 The bridge has a two-way four-lane layout, which is for the benefit of around 30,000 motorists per day. It also has lane provisions for pedestrians and cyclists. According to the DPWH, the Binondo-Intramuros bridge might also be a tourist attraction, given that it has a unique basket-handle tied steel arch.