The Back To The Future franchise immortalized the story of time travel. The movies likewise immortalized the DeLorean DMC-12. Both Marty McFly and Doc Emmet Brown’s adventures and blunders were entertaining enough, but for the car nut in all of us, their (okay, the movie producers’) choice of the time machine was unexpected and awesome at the same time. 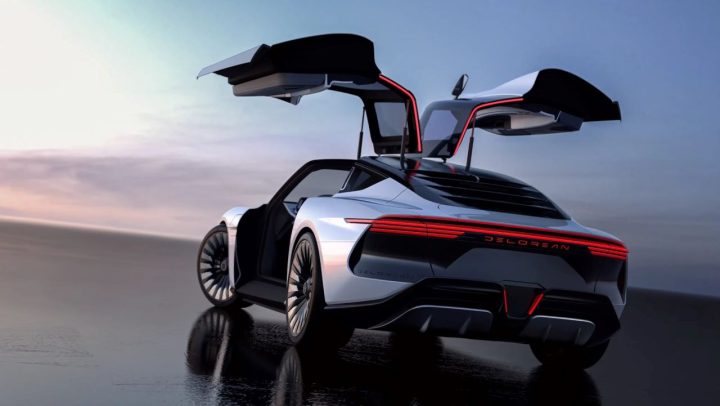 Oh, the DMC-12 was a sight to behold. Its brushed stainless steel body and its gullwing doors were novelties, yes, but they made the car all the more iconic. Unfortunately, a lot of troubles hounded John DeLorean and his company which ultimately led to the brand’s bankruptcy. But you can’t keep a good car down, it seems.

Decades hence and we are seeing the return of the fabled DeLorean. It’s no longer the DMC-12, but right off the bat, you know that it served as the inspiration for DMC’s newest foray into the electric vehicle arena: the Alpha5.

Yes, you read it right. No more V6 and no more Mr. Fusion here because it now runs purely on electricity. But before we get to that, let’s take a gander at its looks. 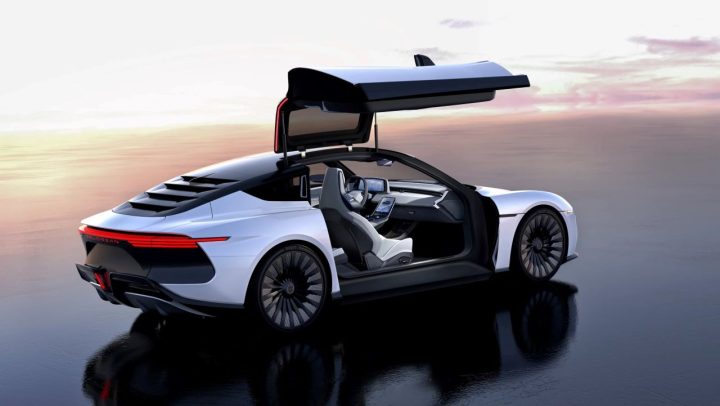 If there’s one thing we are thankful for, it’s that it still has the same gullwing doors. Remember we said that it was a novelty? It still is, but that’s what made for a unique and unmistakable design. The biggest change is that it no longer has a boxy, wedged silhouette. This time around it sports a sleeker and more futuristic look with its sloping roofline, prominent character lines and beltlines, plus massive alloy wheels filling up the fenders. 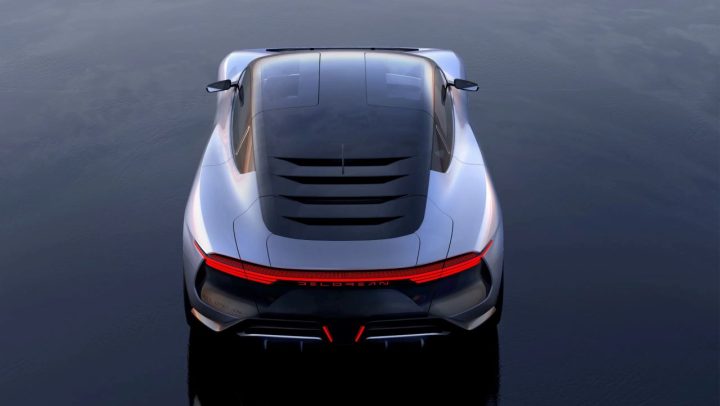 And check out that wide, recessed hood. The original DMC-12 was a rear-engine marvel, and while the new bonnet makes it look like a full-fledged supercar, it’s pretty decent in the speed department. With a claimed 0-100 km/h sprint of around 2.99 seconds (we guess it’ll be more of in the mid-3-second range), that won’t leave a fire trail on the road, but it’s quick enough. While we’re at it, take a look at the louvered backglass. What a nod to the original, huh? 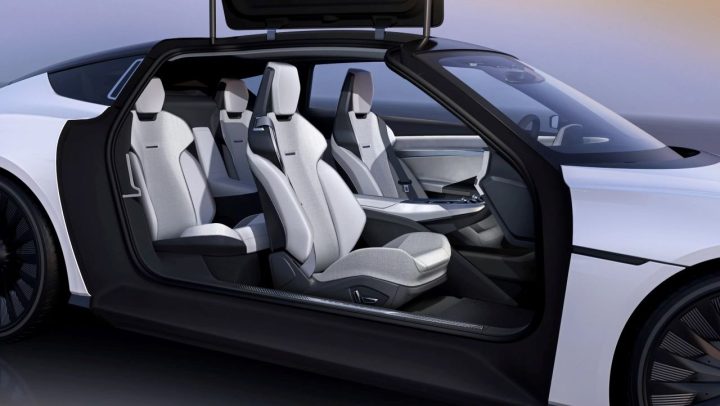 Inside, there’s another surprise. No Doc Brown, no Flux Capacitor, but we’ll take the extra seats in the back, thank you. The Alpha5 now gives extra room for passengers, which is a very welcome change in the cabin. From what we can see, all the analog instruments are gone making way for a futuristic dash and center stack. If the raw silver steel and its color (or lack thereof) no longer make up the exterior, it seems DMC slapped all of it onto the dash and door sidings instead. If futuristic is what the designers gunned for, they nailed it. 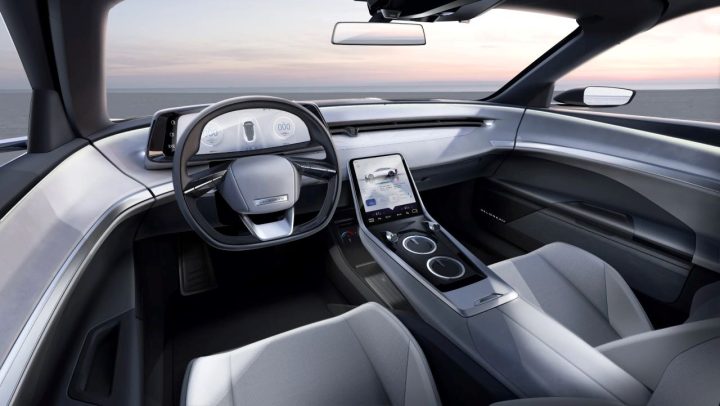 But now let’s look at the newest feature of the DeLorean Alpha5: its powertrain. Again, it’s now a pure electric vehicle, so finding a leaking fuel line won’t be a problem anymore, except maybe if you’re still being chased by Indians or a bear. Sorry, we digress. This story is just too fun to write. 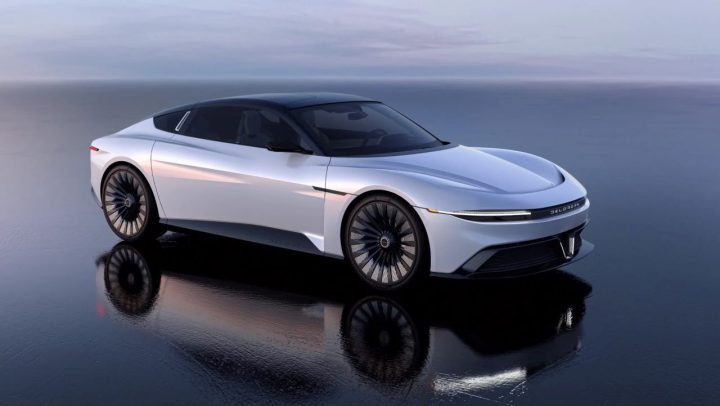 We don’t have specifics about the Alpha5’s power unit yet but we already touched on its 0-100 prowess. DeLorean’s pretty mum leading up to its official launch, but they did say that their take on the DMC-12 “revival” is more aerodynamic, goes as fast as 250 km/h, is powered by a 100+ kWh (what, not gigawatt?!) battery, and can go more than 480 kilometers on one charge. Impressive numbers, but all are from pre-production units. We can expect changes across the board, but we’re hoping they’ll be better. 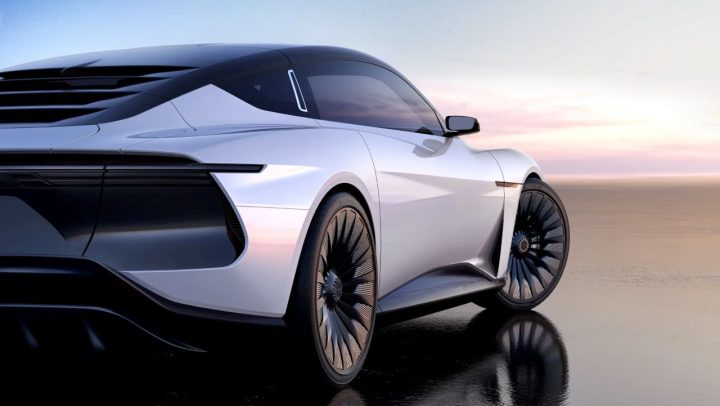 Reports are saying that DeLorean will only make 88 units of the Alpha5 and that it’s slated to come out in 2024. They will, however, show it off at the upcoming Pebble Beach Concours d’ Elegance on August 21 this year. We’ll all have to wait to see it run around in circles at 88 miles per hour, but there are a lot of things to be excited about.

“Your future is whatever you make it. So make it a good one…”

DeLorean heard you, Doc. And with the Alpha5, it seems they’re coming back from the future to make us all feel 1985 in 2022.

Mercedes-AMG One is the 1,063Hp epitome of "Hypercars"