After about a week since the announcement of the contemplation on “reviving” the motorcycle lane along Commonwealth Avenue, it seems the verdict is out. According to the MMDA, the Metro Manila Council (MMC) has already approved “in principle”, the reinstatement of the lane exclusive for motorcyclists’ use. 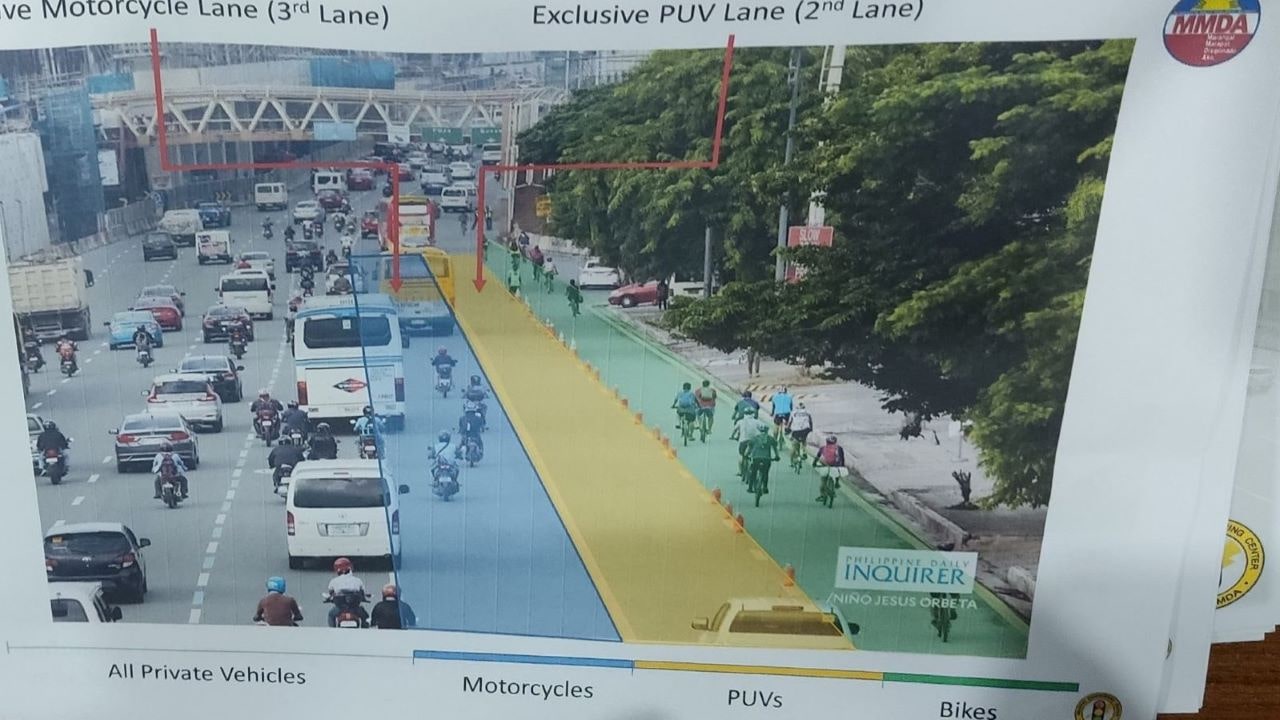 It goes without saying that not only two-wheelers of the motorized kind were brought into the discussion. Along with the motorcycle lane which will take the third lane from the right, bikes will have their own space as well on the rightmost lane, with PUVs to travel on the second lane according to MMDA Resolution No. 22-15. This was all discussed yesterday during which mayors of the MMC agreed in principle to implement such a scheme. This plan means to address the high accident count involving these three types of vehicles along Commonwealth.

“The exclusive motorcycle lanes located at the third lane from the right along Commonwealth will depend upon the road conditions as the road has some inconsistencies in terms of lane width due to different construction projects,” – Engr. Carlo Dimayuga III, MMDA Acting Chairman The Agency will be coordinating with the Department of Public Works and Highways (DPWH) and the Quezon City LGU in putting up the appropriate traffic signs and applying the road markings along Commonwealth to delineate the motorcycle lane, PUV lane, and bicycle lane. This will span both directions of the thoroughfare from Elliptical Road to Dona Carmen and vice versa. Earlier we mentioned the high number of accidents involving motorcycles, bikes, and PUVs along Commonwealth. To say that they are staggering may be an understatement. Now the question remains: will the exclusive motorcycle lane and those for other vehicles effectively promote order and safety? And ultimately, will it be enforced (or used) properly and effectively?

All these remain to be seen until its actual implementation, but we can agree that if it means to help everyone, then we’re all for it.

New Single Ticketing System: List of most common traffic violations and their fines