During a global press event held in Amsterdam Netherlands, Stellantis presented its future business plans. The plan is called Dare Forward 2030, and as expected its heavily geared towards an EV future, with other focuses being increased customer care, reduced carbon footprint and more. Stellantis also mentioned that 100 product launches are set to take place between now and 2030.

One of the main highlights of the presentation, is the confirmation of Jeep’s first EV. According to Stellantis, Jeep’s first EV could arrive sometime in early 2023, although there is no word yet on whether the EV will be based on an existing model or be an all-new platform. Judging by the photo though, the EV could be as big as the Jeep Compass, and if not could slot in between the Compass and Renegade models.

Another Stellantis company (RAM), also laid out its future EV plans during the press event. RAM is set to launch a ProMaster van in later 2023, to be followed by a RAM 1500 pickup in 2024. Stellantis does acknowledge it’s late to the EV game, however CEO Carlos Tavares, claims that the Ram 1500 will be better than its rivals. Rivals of the Ram 1500 are the, Rivian R1T, Ford F-150 Lightning, Chevy Silverado EV and the Tesla Cybertruck. Those are some pretty heavy hitters, so lets wait and see if Stellantis can deliver. 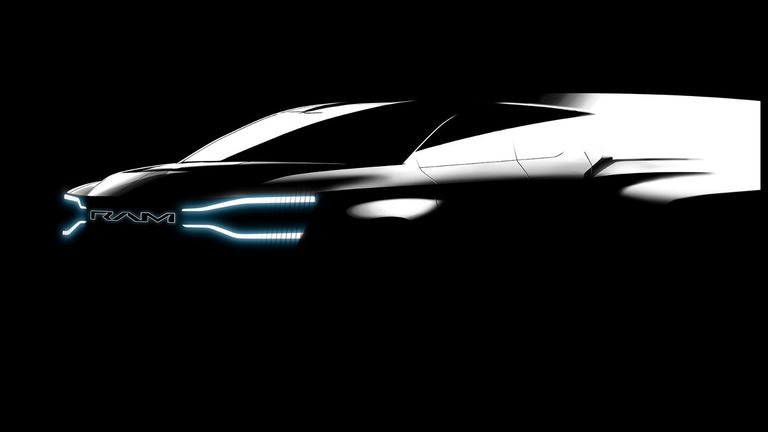 While EV’s were the focal point of the presentation, Stellantis also showcased its commitment to delve further into hydrogen-powered vehicles. In 2021, the company introduced hydrogen versions of the Peugeot e-Expert and Opel Vivaro-e vans. The company will expand its hydrogen offerings to other models in 2024.

Of course these are global plans, and for sure other (bigger) markets will receive these new sustainable mobility offerings before the Philippines. However, the local distributorship of Jeep is led by a very aggressive group. So while we may not get these new products first, we might not have too long for them to reach our shores.