When the Chery Tiggo 8 PRO PHEV was launched during the recently held Manila International Auto Show (MIAS), I couldn’t wait to get my hands on it. Lucky for me, Chery Auto Philippines read my mind and invited me to a media drive to get a feeler of their latest ride.

The drive was a 3-day affair situated in the ACEA resort in Subic, but we were also treated to a drive from the resort all the way up to the monument at Mount Samat in Bataan. The total distance back and forth was about 140 kilometers, while the actual route of the drive was through the twisties and backroads of Bataan, ensuring enough time to get to know the Chery Tiggo 8 PRO PHEV. In the interest of parity, each one of us was to draw lots as to what variant of the Chery Tiggo 8 PRO we’d be driving, once again luck was on my side and I was able to draw the PHEV.

As I entered the Chery Tiggo 8 PRO PHEV, I was immediately in awe of the interior. It’s a perfect blend of premium old-school luxury and just the right amount of next-generation technology. 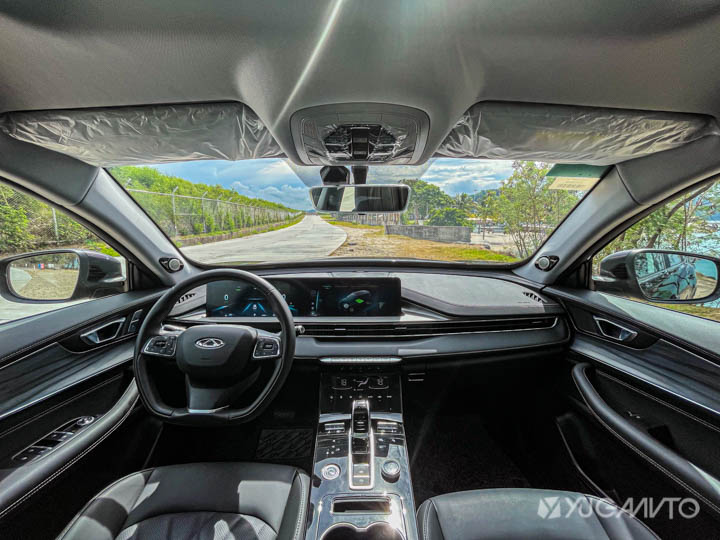 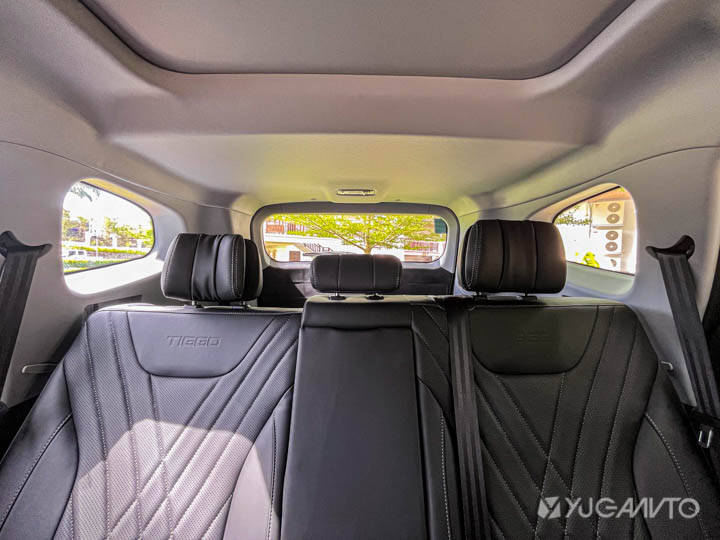 My eyes were drawn first to the massive 12.3-inch digital instrument cluster and the same-sized screen next to it which housed the infotainment system. Covering each panel was soft-touch materials and leather that gave it a truly upscale feel. What really captured my attention though was the climate control panel, which in the Tiggo 8 PRO PHEV is a digital screen as well.

After I got acquainted with the inner working of the Tiggo 8 PRO PHEV, it was time to head to Mount Samat. Although we were traveling as a convoy, we were given the freedom to put the car through its paces. I gladly headed their advice and drove with much gusto. 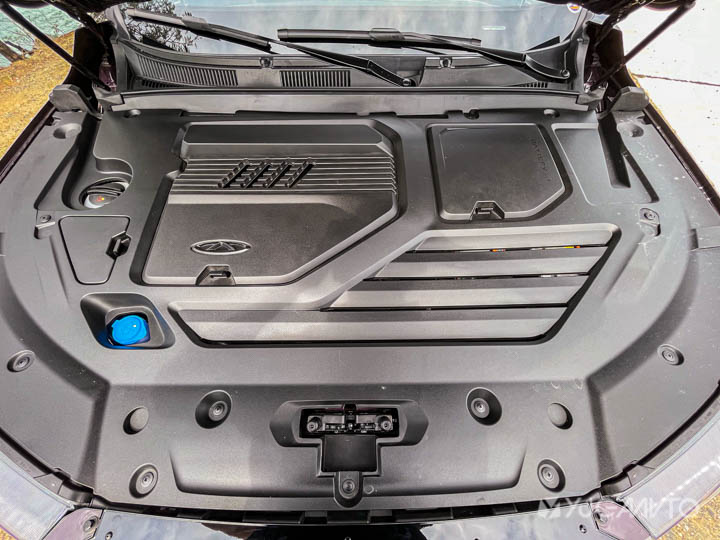 How could I not? The Chery Tiggo 8 PRO PHEV had a technological marvel under the hood. It has a 1.5-liter turbocharged engine that puts out a respectable 155hp and 230Nm of torque, but wait there’s more! The Tiggo 8 PRO PHEV also has two electric motors that produce (34PS with 80Nm and 54PS with 70Nm) respectively. Since it’s also a PHEV, it comes with an electric battery with a 19.27Kwh capacity, Chery says that battery capacity allows the Tiggo 8 PRO PHEV to travel in full EV mode up to 95kms. 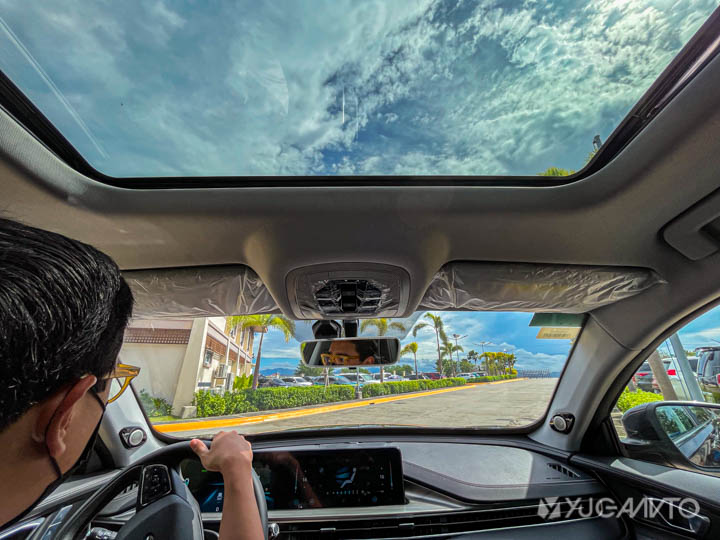 As mentioned earlier, we were taken through the back roads of Bataan besides the twisty bits, there were also numerous elevation changes and inclines along the way. At first, I tried to keep the car in EV mode just to see if it really was “all that”. It really didn’t disappoint, the EV mode works flawlessly, and the driving experience was oh so quiet with just a barely noticeable electric whirring noise penetrating the cabin. 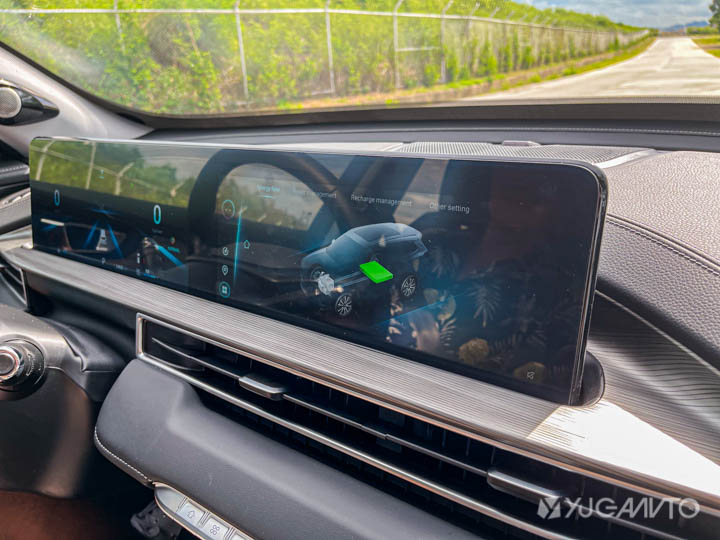 The best part though was testing the acceleration capabilities of the PHEV powertrain, I’m happy to report that not only was I happily surprised by the acceleration, I too was properly terrified. It boggles the mind how quickly the Tiggo 8 PRO PHEV gets going. The combination of the electric system and the normal internal combustion engine really provides a “spirited” feel and left me smirking and giggling all the way to Mount Samat. 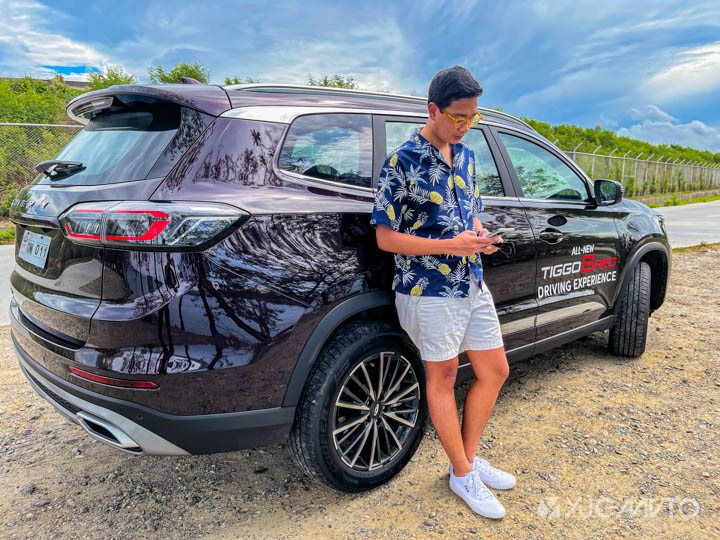 When we got back from the drive, I remember looking over at my passenger and saying “I’m not tired at all”, which for me is the icing on the cake. Despite driving for nearly 3 hours in total and navigating tight provincial roads, I still felt fresh and relaxed.

Even if I only had a brief driving spell with the Chery Tiggo 8 PRO PHEV, I can confidently say that Chery has moved the needle forward. The brand has come a long way from its “colorful” past.

All I can say is, dear reader if you’re in the market for a new 7-seater SUV, the Chery Tiggo 8 PRO PHEV is a worthy option. Still need more convincing? Then stay tuned for our full review.