Earlier today we were lucky enough to have a sneak peek at the highly anticipated Toyota GR86. While it truly is a momentous occasion, this isn’t the official launch just yet, so no specific information on the Philippine spec GR86 has been given.

So instead let’s take a look at the display unit and see what it has, because in all likelihood “what we see, is what we’ll get.” Let’s first take a look at the exterior design, and unsurprisingly it looks similar to the already available Subaru BRZ. However, there are a few subtle differences.

That’s basically all we can say about the exterior for now, but based on the photos it’s just as good-looking as ever. Inside the GR86 the familiarity continues, a lot of features found in the BRZ are also present in the GR86. The main differences are the seats, the GR86 has more “basic” sports seats, normal pedals, and a manual transmission.

It’s nice to know though that the interior is still nicely appointed, with soft-touch panels and a leather steering for added comfort. Since the Toyota GR86 shares the same powertrain with the Subaru BRZ, without Toyota giving us the exact numbers we can cross reference the specs of the BRZ. The GR86 will likely use the same 2.4-liter naturally aspirated gasoline engine that puts out around about 240 PS and 250 Nm of torque.

The significant difference so far is the transmission option, the GR86 showcased to us came equipped with the 6-speed manual transmission. It’s almost a given though that an automatic version will be launched locally as well. 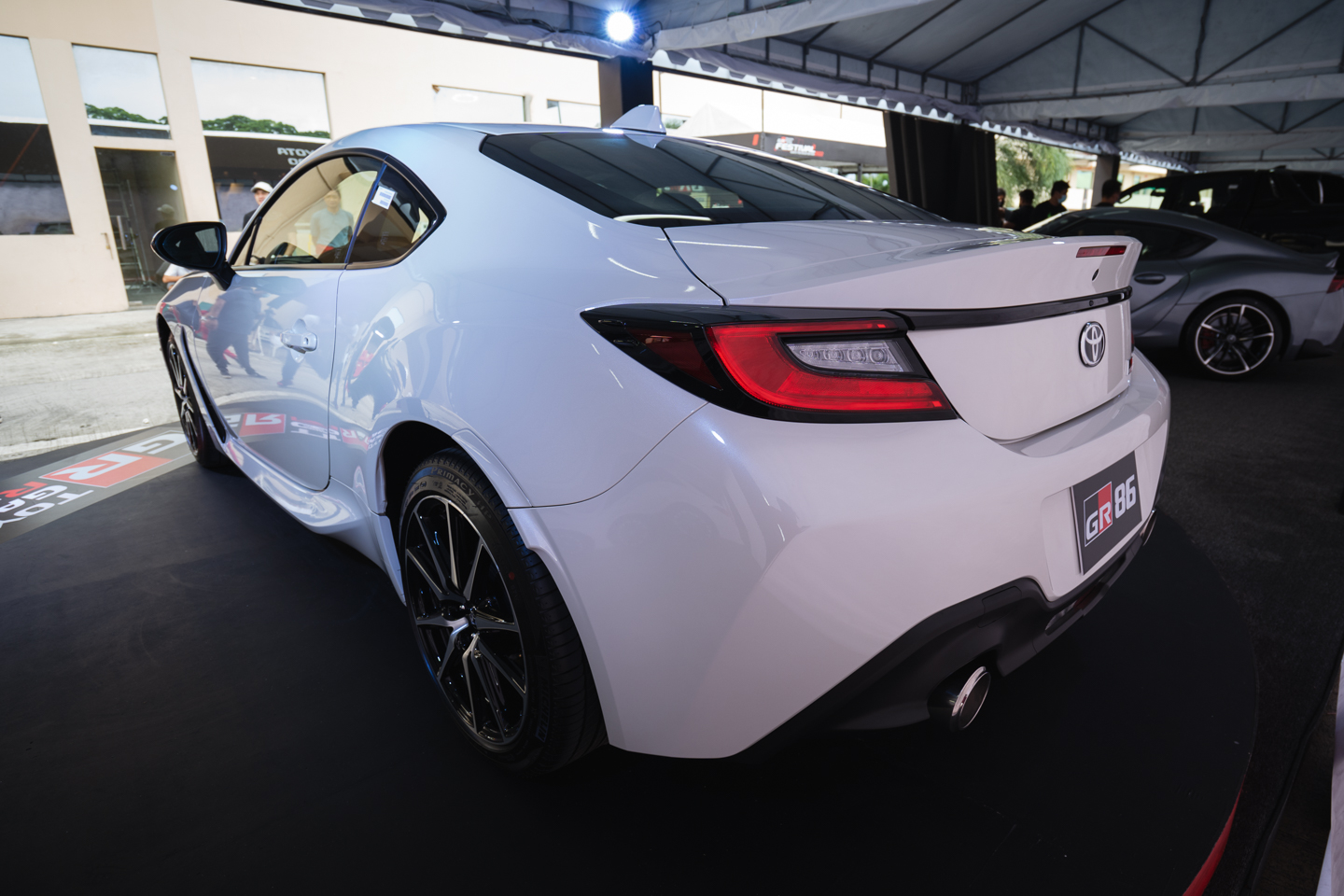 The price is the biggest question mark of all, until the official launch we can’t confirm anything. Though we’re guessing that the Toyota GR86 will cost around PHP 2.4-2.7 million.

What is a certainty is that the GR86 will be launched locally soon, so if you’re interested do stay tuned for any updates.

Guide to UVVRP: Number coding in the Philippines