Subaru is a World Rally Championship legend, and anyone who doubts that may have his or her marbles misplaced. It was in the ’90s that the manufacturer started cementing its legacy, and its most familiar car is the Impreza 22B. Decades later, the icon has been revived. Hello, Prodrive P25. 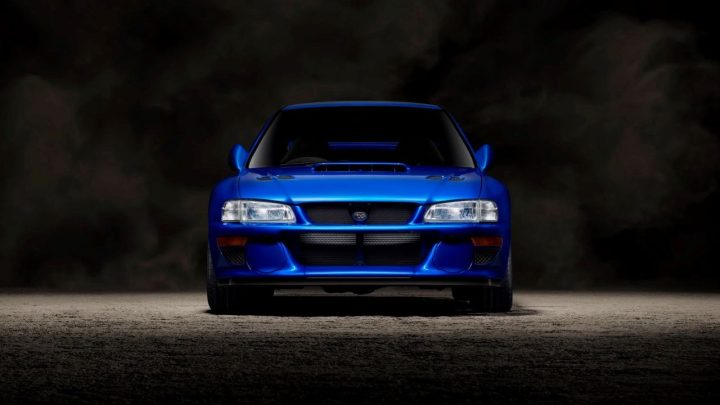 Your eyes are not deceiving you. Yes, this is still the Impreza 22B. Now with a more modern take, the P25 makes what was good a whole lot better.

First off, a lot of fat has been cut out by way of carbon composite materials. These were made specifically for the P25 and they’ve been fitted onto the body and used to construct the wing as well. A lighter lithium-ion power cell is used, while carbon door cards and optional lightweight racing seats drop the car’s weight even more. Overall, Prodrive said that the P25 weighs less than 1,200 kilograms.

Inside the cabin, you’ll find that the dashboard is a full-width high-definition multi-page display that shows all the vital information about the P25. This system by Motec enables the driver to change various parameters for either track, dirt, or street use. Yes, this is street-legal.

Leather and Alcantara are the materials of choice for the interior of the Prodrive P25. Visually and physically, the cabin remains faithful to the 22B. It can still seat 4, but you do have an option of removing the rear seats and having a partial safety cage put in place. 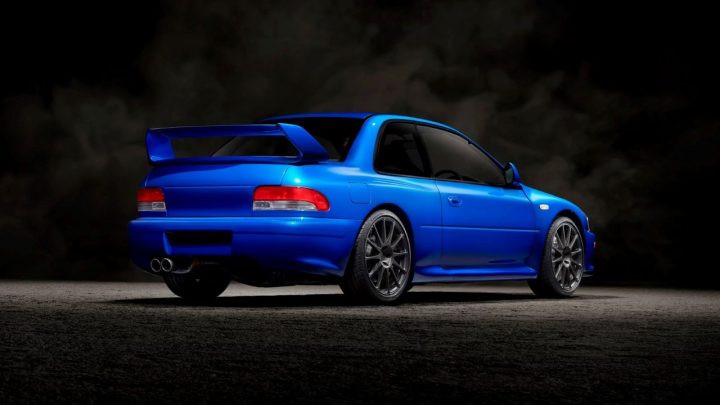 The Prodrive P25 makes use of Subaru‘s newest 2.5-Liter flat-four Boxer engine. Though the motor sits on the same block, it has been re-engineered with bespoke internal components from the cylinder liners, pistons, connecting rods, and a valve train with variable cam timing. It also makes use of a Garret motorsport turbo with a high-performance intercooler and air intake box and was fitted with an Akrapovic titanium and stainless steel racing exhaust.

With 400 BHP and a whopping 600 Nm of torque, a six-speed automatic gearbox is the transmission of choice. It has a WRC-derived launch control system as well as turbo anti-lag, and that propels the P25 from 0 to 100 km/h in under 3.5 seconds. All that power is sent to all four wheels with an adjustable center differential and limited-slip front and rear differentials.

The Prodrive P25 is slated to make its first appearance at the Goodwood Festival of Speed. After which, it will undergo an extensive testing and development program. The 25 production cars will be built in the UK at Prodrive’s headquarters, and they’re pricing it at GBP 460,000, which is an eye-popping PHP 30.7 million, roughly converted.

Of course, that value in PHP is not final. Heck, the chances of the Prodrive P25 reaching the Philippines is slim to none. But for those Subaru fans who have a lot of mad connections and a madder amount in their bankroll, who knows? Maybe we might see a unicorn or two in the not-so-near future.

Until then, please do excuse us while we wipe the drool from our lips now.