The first tunnel boring machine (TBM) that will be used in the construction of the Metro Manila Subway is going to be delivered by August this year, which is four months ahead of schedule. These TBMs are the “Earth pressure balancing type,” with a diameter of around seven meters. 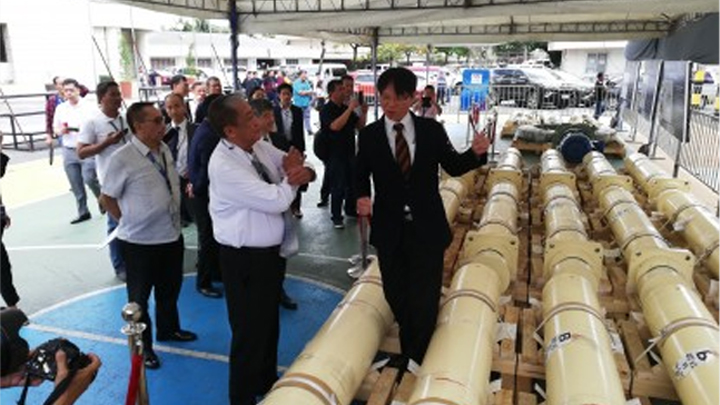 During this year’s first “Transport Talks” interview, Department of Transportation (DOTr) Undersecretary for Railways Timothy John Batan said that they had contracted Japanese firm JIM Technology Inc (JIMT) to manufacture six TBMs for the construction of the new subway. The first of which is scheduled for completion by June. Initially, JIMT has quoted 13 months to manufacture one TBM, but they were able to cut the manufacturing time down to 11 months. After further negotiations with DOTr Secretary Arthur Tugade, JIMT has agreed at a nine to ten-month manufacturing period for the TBMs.

Batan notes that the excavation of the 15 stations will start by the second quarter of this year, starting upon delivery of the first TBM in August. Batan said that the first TBM would begin tunneling from the East Valenzuela Station to the Quirino Highway Station.

Once all six TBMs are delivered, the tunnel will run from Valenzuela City through Quezon City, NAIA Terminal 3, all the way to FTI and Bicutan Stations. From there, the tunnels will be integrated with the North to South Commuter Rail from Clark to Calamba.

Batan said that the subway would be partially operational by the end of 2021 or early 2022, which is three years ahead of the set completion date of 2025.