For the past 50 or so years, Honda has been the world benchmark for being one of the most reliable automotive manufacturers — and yes that includes, motorcycles as well. Last year, we had a blast checking out one of their latest two-wheelers to hit the Philippine Market, the Honda Airblade 150. Now that we officially have it in our hands, why don’t we go a little more in-depth? 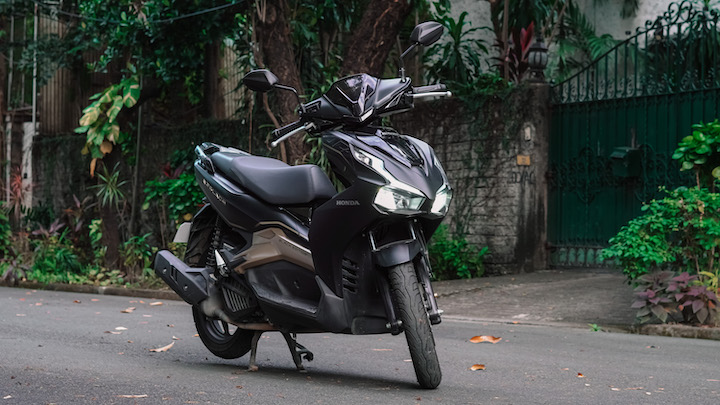 Despite being newly introduced to the Philippine market, the Airblade series has actually been around since 2007 at least for Vietnam. Thankfully, we’re finally getting a turn at it with the latest 2020 version, so if you’re interested in getting one, continue reading. 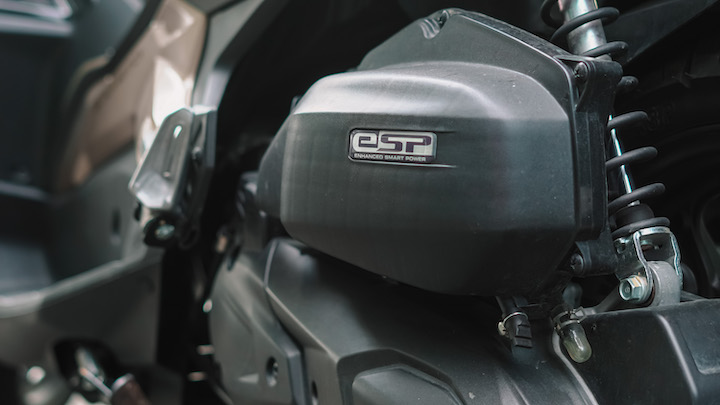 Powered by a 150cc liquid-cooled, four-stroke SOHC that produces a maximum power of 12.9hp at 8,500 RPM coupled with a maximum torque of 13.3Nm, the Airblade 150 is, by all means, a competent everyday commuter. It’s got a 4.4-liter fuel tank and average fuel consumption of 47km/liter, which lets riders cover a distance of roughly 200km before needing to refuel again.

Its updated Combustion Chamber gives it a better fuel economy, Intelligent Low Friction to lessen vibrations from the engine, and thanks to its ACG starter feature, you can now easily sneak a ride out with your friends. 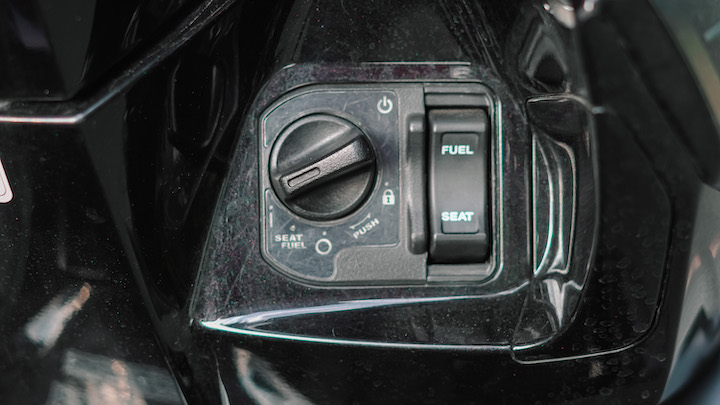 Honda’s Smart Key System is also on-board, which means it unlocks as soon as you get on it without having to use the key physically. It also has an Anti-theft alarm button along with Answer back technology on the keys keeping your bike nice and secure.

Other modern safety features include auto engine shutoff whenever the side stand is activated and automatically locks as soon as you’re about 5 feet away from the vehicle. 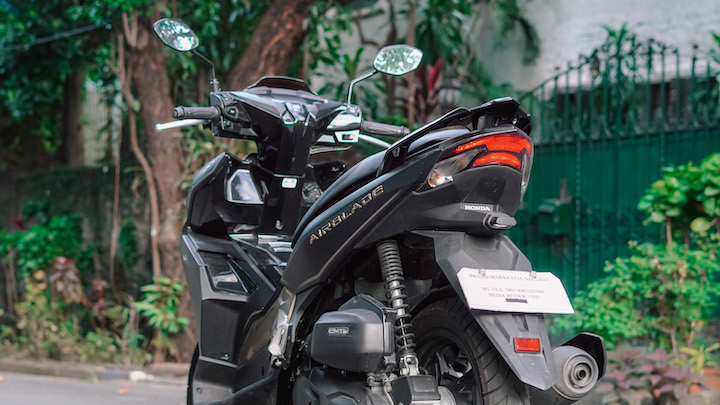 Aesthetically speaking, the Honda Airblade looks a lot like a sleeker version of its cousin, the Honda Click, but offers a slimmer profile and slightly sharper looks. The color variant that we have right now is in Matte Galaxy Black Metallic. And we like this look a lot just because of its neutral appearance that should appeal to just about any age group. 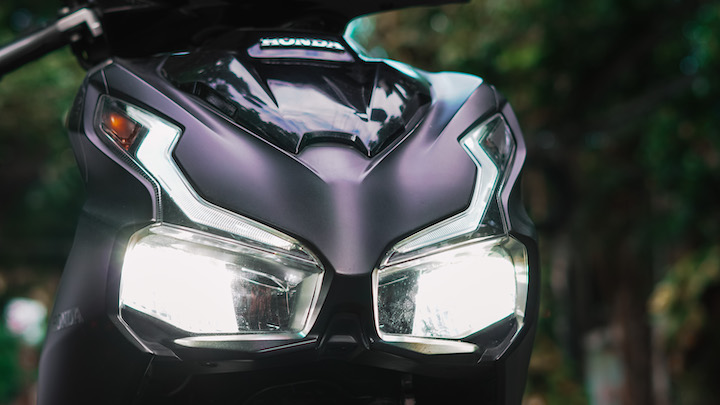 It’s a full LED light set-up all around apart from your signal lights. Beginning at the front, we’ve got this sharp design that shares a similar look to the Honda ADV with those dual beams, which are pretty bright even during daylight. The turn signals are discreetly located at the corners, while the rear end’s sporty tail light is LED as well. 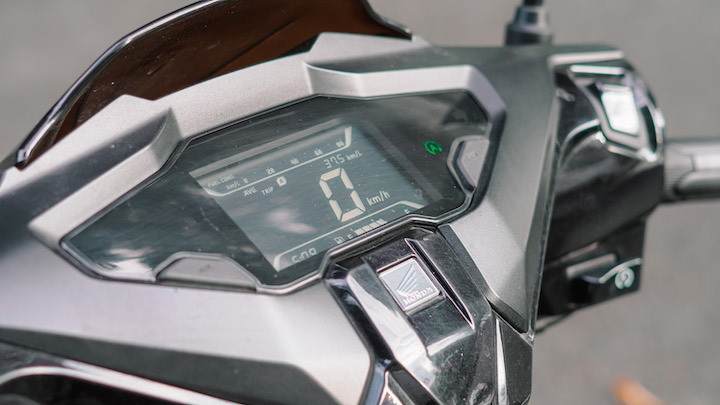 Right in the middle of the handlebars is a full-digital instrument panel that displays your speedometer, fuel gauge, average fuel consumption, trip meter, and of course an onboard clock.

The sides are backlit indicators for things like your signal lights, Hi-Beam, and check-engine light. Controls are pretty standard on the left side, while on the right, we have your engine start, hazard lights, and the idle on or off switch, which helps keep fuel consumption as efficient as possible especially in bumper-to-bumper traffic.

Unlike some Automatic scooters, this one comes with a split step board that sits at the bottom. The gas tank is fully accessible between your legs which has been a really convenient feature for refueling. 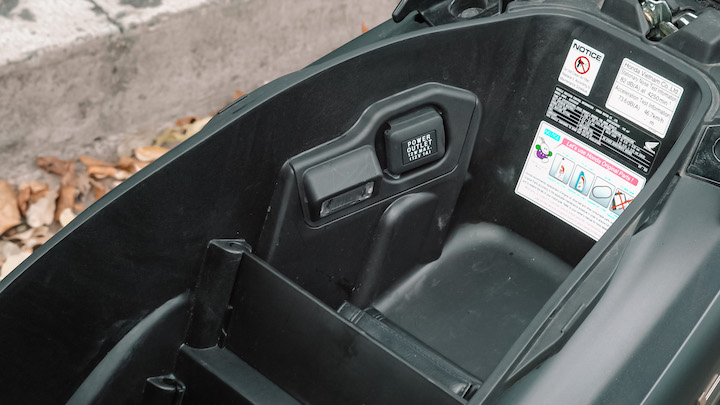 As for storage, the Honda Airblade 150 has a spacious 22.7L capacity that can supposedly fit either a full-face helmet or even two half-face helmets but not all every kind fits.

We have a small LED light on the side of the compartment to make sure things are visible in the dark, and we even have a 12V power-socket to charge your personal devices such as your smartphone, action camera, or even a power bank if you wish. We like how it even comes with a removable partition in case you need to store something bigger. 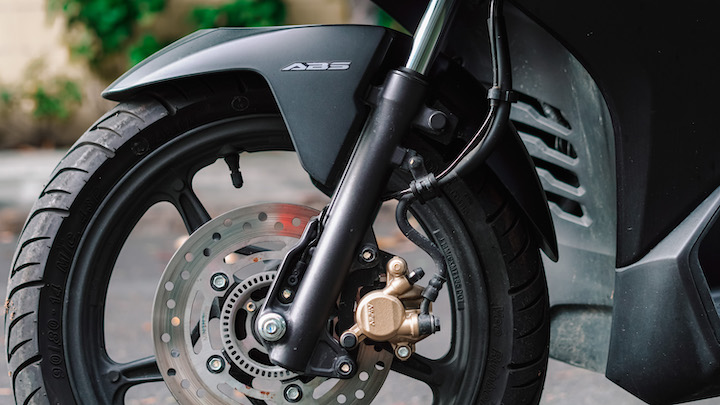 Over at the bottom, we are outfitted with 14-inch rims. 90/80 at the front, 100/80 by the rear.  And, of course, let’s not forget these passenger footpegs, which are looking quite spiffy.

At 773mm, there has been some speculation about the Airblade’s seating position being too high. I stand at a height of 5 feet and 7 inches, and I was able to easily reach the floor with no problems. Fully planting both my feet flat on the ground can be a challenge, but generally speaking, I didn’t struggle at all keeping the bike upright. The riding position felt very natural as well. 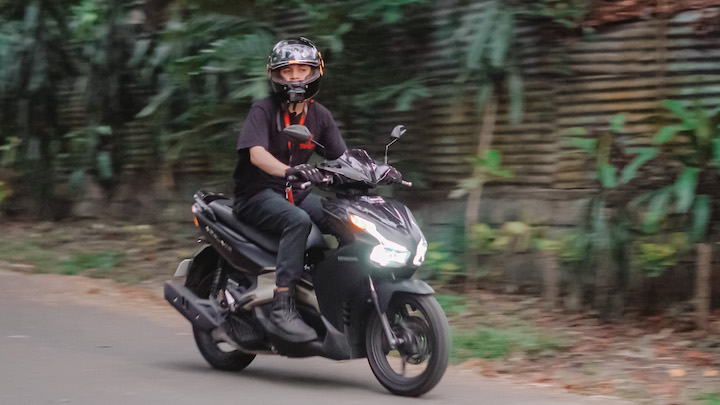 When it comes to performance, the Airblade 150 is a quick and nimble machine which is no surprise considering this does share a similar engine as the Honda PCX and ADV but is around 20kg lighter.

From a full stop, it takes about 4 seconds to reach 0 to 60 KPH, which is pretty quick for zipping around town. While at full throttle, it manages to hit around 116 KPH, around 8 KPH faster than the PCX in our tests. Intelligent Low Friction also helps lessen the hand fatigue you get from constant motor vibration, so riding this for hours should be less tiring.

As for fuel economy, our best fuel consumption rating was  47 Km/L, while using the throttle open-wide gave me around 36 Km/L, which is not too shabby at all. A full tank also got us some 180 Km, and although not Honda’s most fuel-efficient, it’s still quite good. 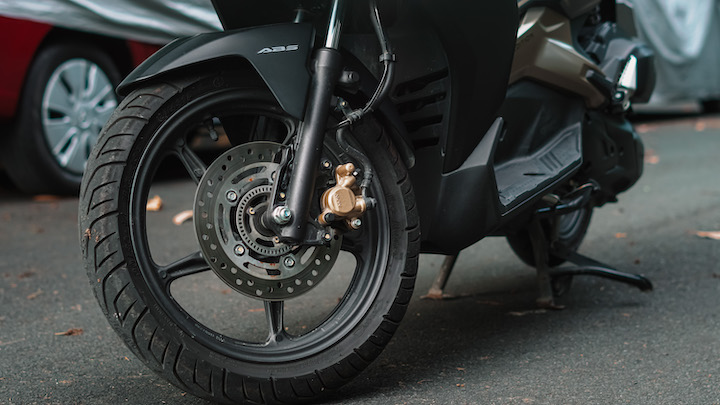 When it comes to handling the Airblade felt like a breeze. With a curb weight of 113 Kg, it faired pretty well in cornering and felt a lot lighter than other premium 150cc scooters I’ve driven in the past. The Airblade’s thinner profile also makes it easier to maneuver through traffic and tight spaces when necessary.

For stopping power, this is where it sets itself apart from the more affordable scooters in this category. Standard rear mechanical brake unit at the back, while we get a disc brake with ABS at the front. Braking on the Airblade is smooth and responsive, especially when you use that front brake, which won’t be locking up no matter how hard you squeeze the lever. 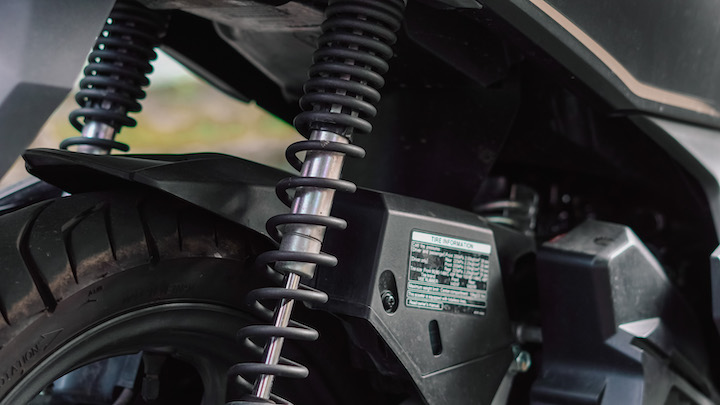 We’ve got a telescopic front suspension system, while at the back are dual rear-mounted shocks. It’s a little stiff when you’re alone, but feels a whole lot better when there’s a passenger on-board or when carrying a heavier load.

To cap things off, the Honda Airblade 150 is a solid choice for an everyday commuter and is a very safe one at that. Also, if you’re the type to always have a passenger riding with you, this is a pretty good bet. It’s comfortable, fun, and straight-up looks pretty good. The Honda Airblade 150 comes in at a price of PHP 109,000 and is available in Matte Galaxy Black, Candy Caribbean Blue Sea, and Candy Ross Red.

So what do you think of this scooter? Any plans of getting one? Or maybe you already do? Let talk about it in the comments down below!