There has been a lot of news going around regarding the new MMDA Coding rules. “Coding”, more formally known as the Unified Vehicle Volume Reduction Program (UVVRP), is set to get a new slew of guidelines. Still, as of today, the current modified MMDA Coding remains in enforcement. You can see the coding days for specific plate ending numbers below. 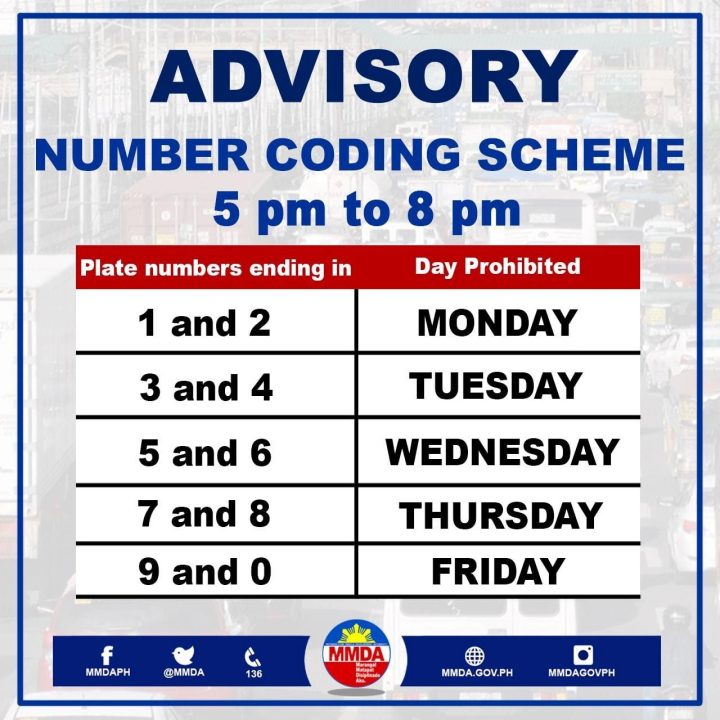 MMDA Coding due for an update

Last month, numerous news outfits published announcements or speculations on when the updated UVVRP scheme will roll out. Whether from “insider” info or from official government news sites or live streams, sources came from everywhere. Leading up to today, the MMDA has likewise published its own announcement regarding the issue.

Currently, the Coding scheme is as follows. Plates with the following ending numbers are coded on these days:

The main confusion stems from the aforementioned slew of news sources. The first real evidence that MMDA Coding will be changed is through the announcement of MMDA Chairman Romando Artes on this live-streamed video; his presentation starts at the 1:19:09 mark. After news outfits took the lead of what was said in the video, the backlash ensued. The MMDA debunked the same infographic that they flashed in their video presentation. Two schemes were being proposed, where one is meant to reduce traffic volume by 50%, and the other by 40%.

For the former, it will literally be an odd-even scheme where odd-numbered plates will be prohibited on Metro Manila roads on Monday and Thursday, and even-numbered plates on Tuesday and Friday. Wednesday has no coding in this first proposal.

This past Thursday, May 12, MMDA Chairman and MMC (Metro Manila Council) Chief Romando Artes went on air and confirmed that the new policy was indeed discussed before the May 9 elections. However, contrary to earlier declarative reports, the rest of the MMC has requested additional data for them to study and for them to come to a conclusion; this data will be provided “in the coming days or weeks”.

At the rate things are going, we might actually have a new MMDA Coding scheme put in place along with a new government. The timeline given for additional data to study doesn’t give a clear and concrete picture, but if anything is certain, it’s that this will take more time with hopefully more careful and sensible planning and consideration and that the current Coding scheme will remain in place until such time.

For now, let’s just “enjoy” the MMDA Coding scheme that we’ve gotten used to. “Enjoy” being a very relative word and in a manner of speaking.