Home - News - All-new 2023 Honda BR-V set for Thailand launch; how quickly will PH get it?
News

All-new 2023 Honda BR-V set for Thailand launch; how quickly will PH get it?

The Honda BR-V model that we have in the Philippines has seen its fair share of facelifts and updates. It goes without saying that it’s already due for a full update. The good news is that Honda is gearing up for the release of their all-new 7-seater in Thailand this month. Seeing as we do source from Thailand, perhaps what we see here is what we’ll be getting, too.

Just to whet our appetites and satisfy our curiosities, let’s look have a look at it ahead of its in-the-metal debut, shall we?

2023 Honda BR-V to be unveiled in Thailand this month 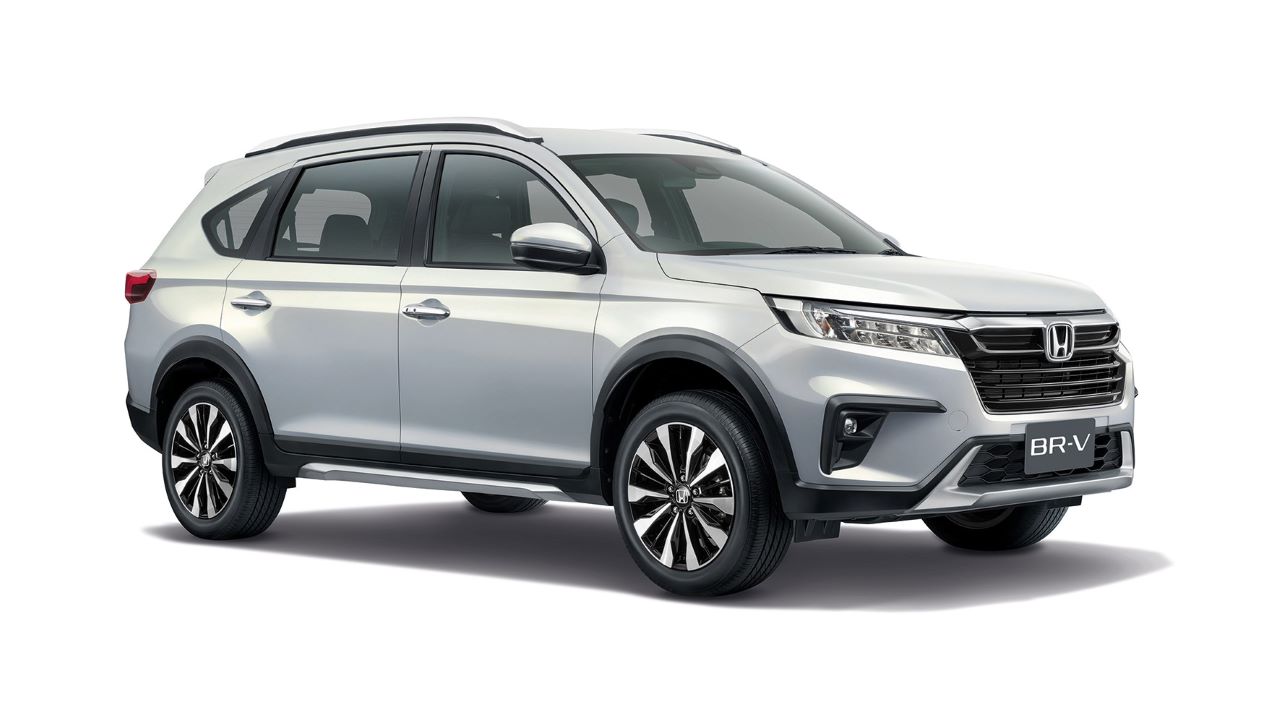 We’ve always liked the BR-V, let’s get that out there early on. If there’s one thing it always had going for it, it’s in the looks department. The incoming model has that, too, and more. Sporting Honda’s new design language, the 7-seater now looks livelier, younger, if you will. It doesn’t have the “pam-pamilya” car vibe despite it being one. Honda wanted it to look premium, sporty, strong, and “perfect in every dimension”. And we think they did a good job with the design.

It gets the full-width design of the headlights incorporated with the grill’s top horizontal chrome bar. Speaking of the grill, it’s finished in glossy black for the higher-end EL variant, and that’s where the “premium” in the equation goes. LED headlights and DRLs are standard, and foglights only come with the EL. 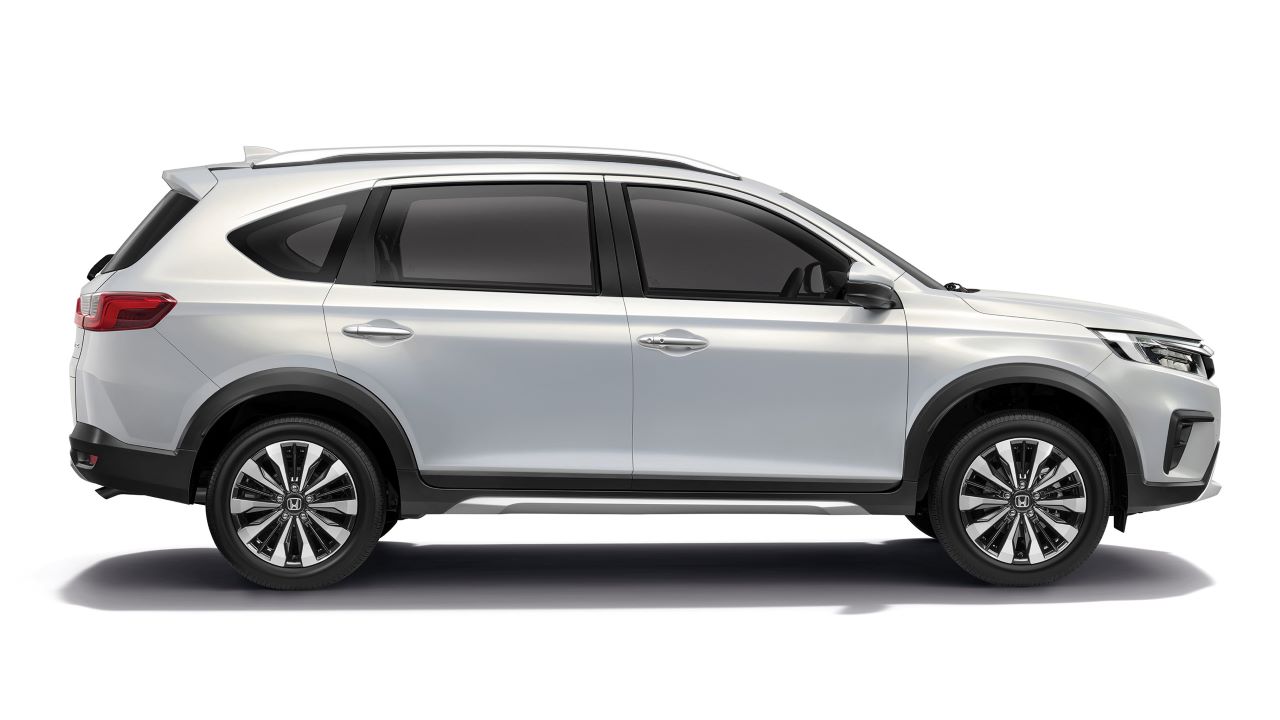 On the side, you’ll find power adjustable and folding side mirrors. Body lines were kept to a minimum but it all serves to make the BR-V look bigger and wider than it is; it works. There are also roof rails installed, but seeing as Honda described them as “sporty, decorative roof rails”, whether they are functional or not is a guess until its launch. On the EL, you’ll also find silver accent pieces on the front and rear bumpers as well as the side skirts while the entry-level E variant comes in all black. 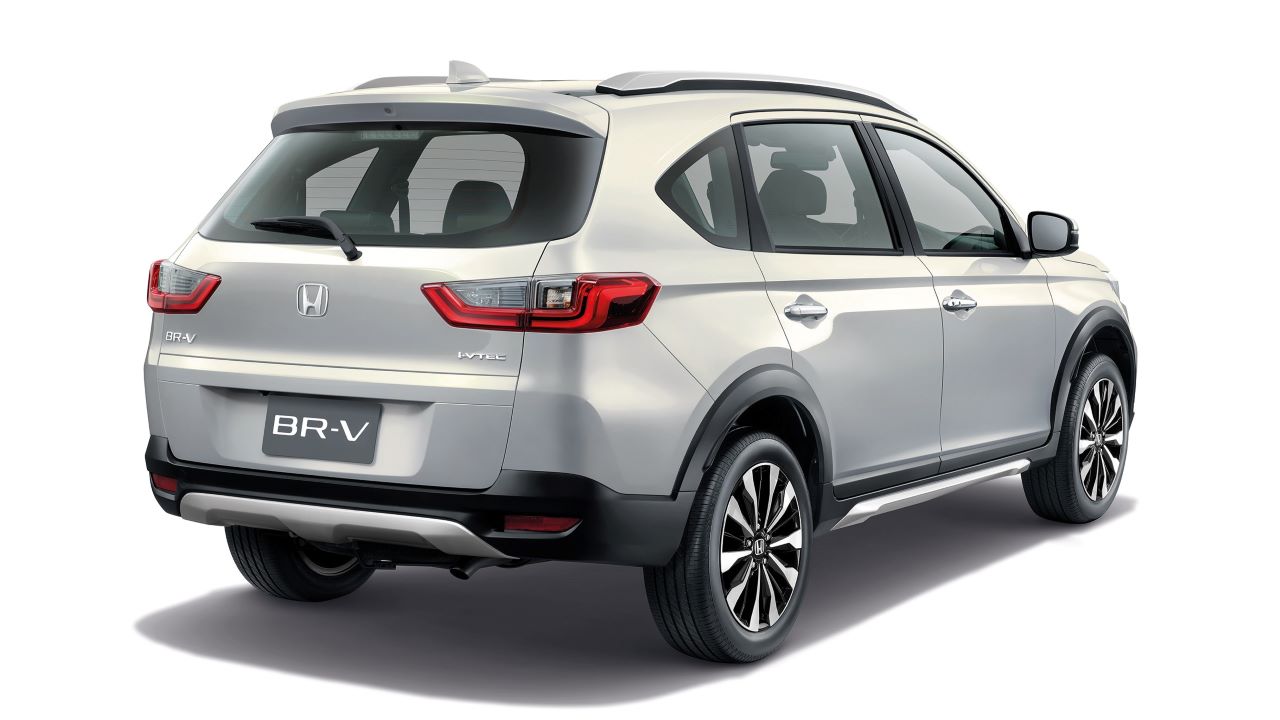 At the rear, you’ll find a redesigned tailgate. The standard black cladding wraps the BR-V from front to back, so you’ll find that all-around contrast gives the aforementioned sportiness to this otherwise docile family mobile. The taillight units are also new and are quite reminiscent of the CR-V’s sans the vertical portion. You’ll also see a sharkfin antenna and a wing that’s neatly incorporated into the tailgate. Nothing too radical, and that’s good. As for the wheels, the EL gets a 17″ two-tone set and the E gets plain silver alloys.

Surprisingly, the cabin looks to be very similar to that of the outgoing model, except for some updates here and there. It’s worth noting that what you see here is the EL’s cabin that has a full black motif. The E variant comes in a two-tone black and mocha theme.

See also  Angkas only registered 2.2k out of 27k driver claims according to Motorcycle Taxi TWG

Other updates include the addition of a 4.2-inch TFT multi-information display in the gauge cluster, paddle shifters for the EL model, and a 7-inch touchscreen infotainment system that supports Apple CarPlay and Siri as well as Android Auto and Android Auto Voice command.

Steering wheel-mounted audio controls and information toggles have also been included, as well as either a 4- or 6-speaker audio system, plus a multitude of USB ports scattered inside the cabin for everyone to keep their gadgets charged. That’s a good thing if you plan on having kids aboard the BR-V.

Of course, the biggest draw of a vehicle such as this is its 7-seater capability. The BR-V has several seat configurations to choose from whether it’s seating for the whole family, with the 3rd row folded for normal cargo space, plus with either or both of the middle row seats tumbled for more and longer cargo. Flexibility has long been the BR-V’s selling point since its first release and it’s a formula that will remain successful in this all-new model, for sure. 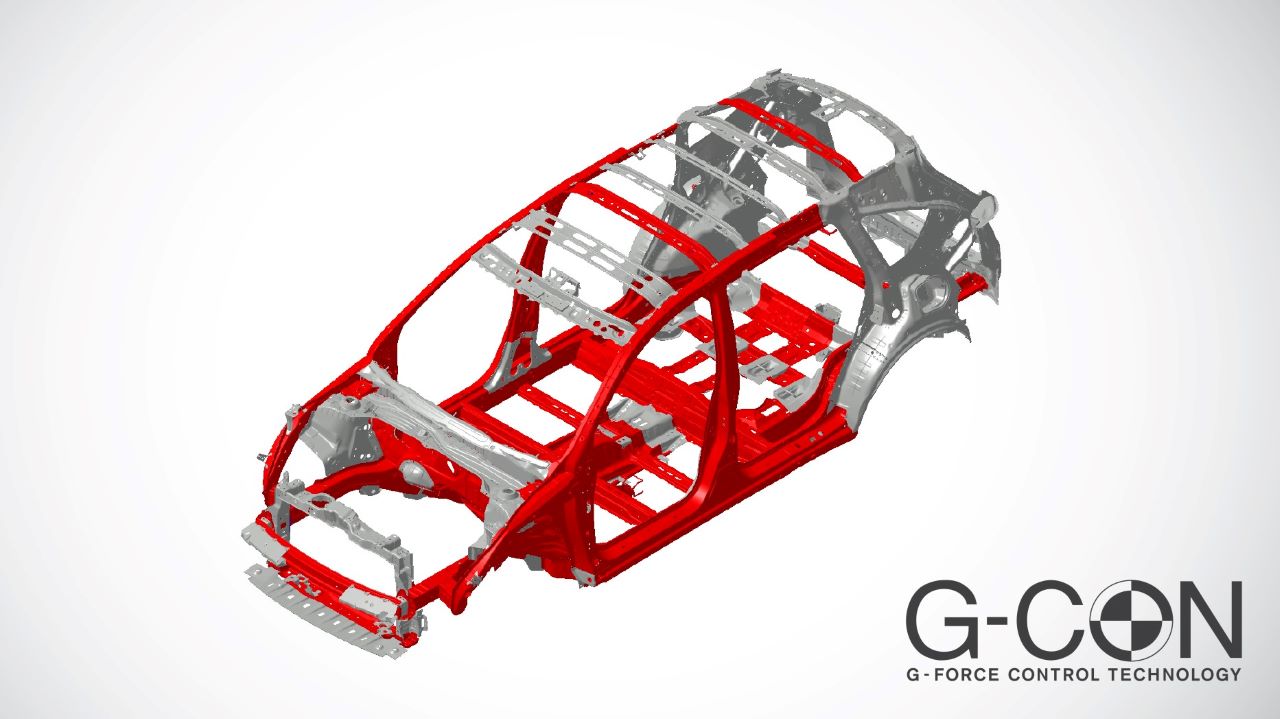 A lot of new safety tech has been included in the all-new BR-V as well.

First off, the BR-V sits on Honda’s G-Con safety technology. Short for G-Force Control, the choice of materials used for the vehicle’s frame affords high strength that keeps occupants safe in the event of a collision. Of course, there are other more high-tech implements in the BR-V. 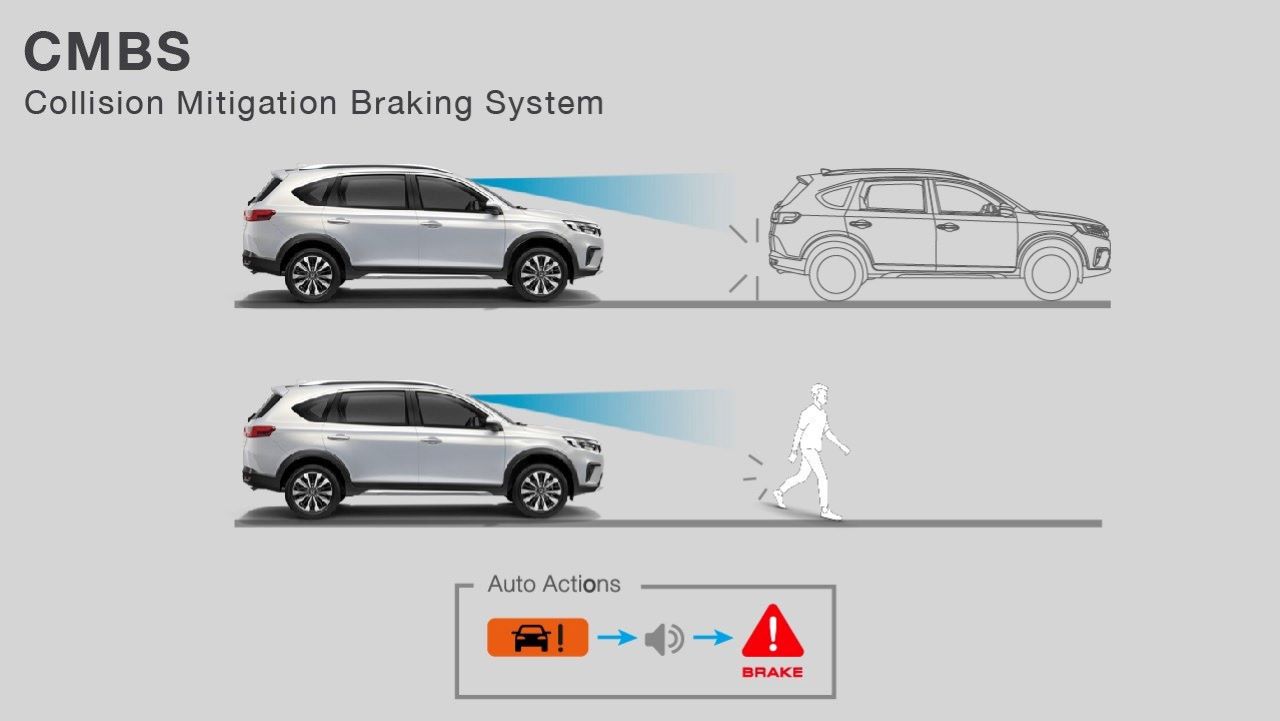 To say that it is loaded is definitely an understatement. 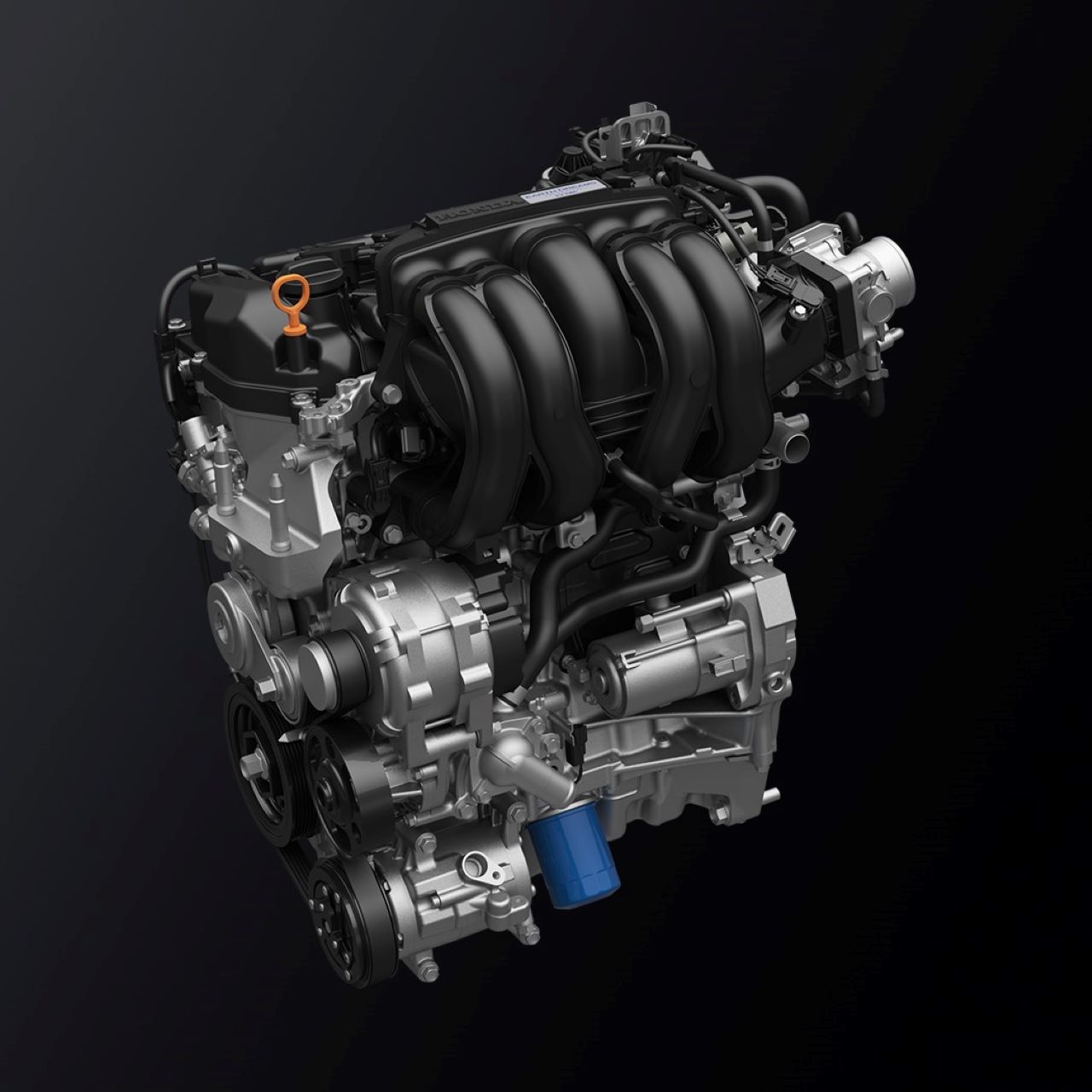 Powering both variants of the BR-V is a 1.5-liter 4-cylinder DOHC i-VTEC engine. Honda said this engine has been developed to deliver “great performance” by way of 121 PS and 145 Nm of torque. The motor is reportedly capable of doing 16.1 Km/L, but we’ll have to wait and see how it does in Philippine traffic. The BR-V is quite the frugal machine, anyway, but we’ll reserve real-world figures for later. Also, the only transmission of choice is a CVT. 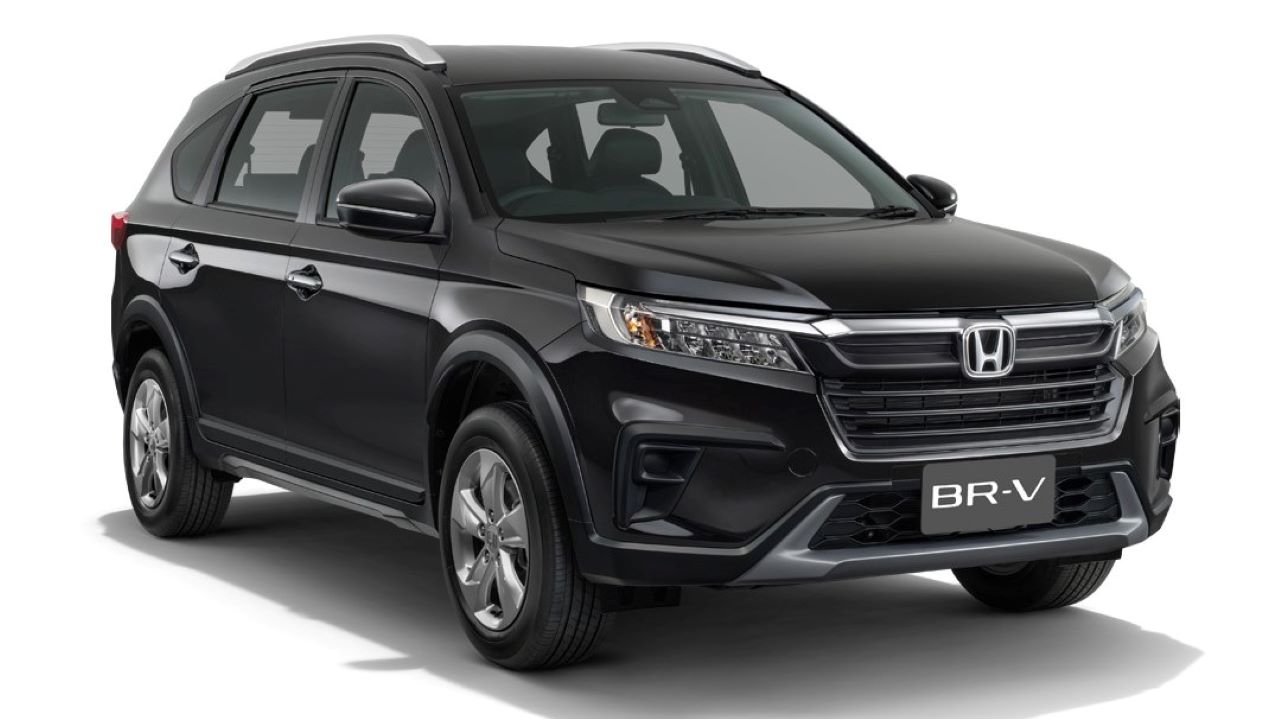 The 2023 Honda BR-V will be available in three colors: Taffeta White (E), Crystal Black Pearl (E & EL), and Premium Sunlight White Pearl (EL). Worth mentioning again is the difference in interior motif. The E gets a two-tone black and mocha combination and the EL gets an entirely black color scheme.

The declared price for the E is “not more than” THB 930,000 and THB 980,000 for the EL. Roughly translated in PHP, that will be 1.428M and 1.505M, respectively. These figures are not the official prices when the BR-V is brought in by Honda, but we hope that they won’t be too far off and are lower than these estimates.

So there we have it, folks. A great big not-so-sneak-peek at the upcoming 2023 Honda BR-V. You can color us impressed because really, it is. At this point, we’ll just have to get a final figure on pricing and get to drive it to see if it’s a flavor that will agree with the Filipinos’ taste (and wallets) for as long as it has in our market.