Barely a week has passed since the debut of the all-new Toyota Prius, and already, TRD and Modellista are not wasting any time making it look even better. It already looked pretty good after it was unveiled, but for those who want to add a bit more sportiness or “elegance”, then have a look at these three kits. 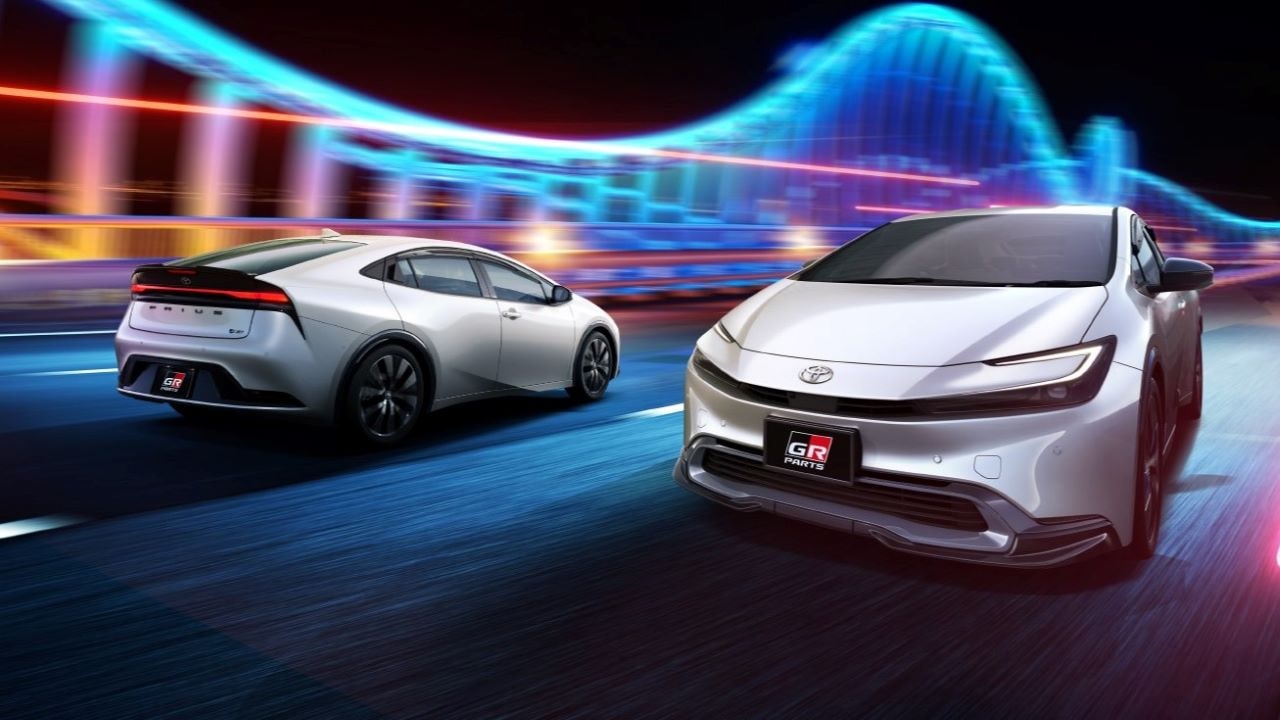 Let’s start with Gazoo Racing or “GR” for short. Not much has been revealed as to the kit’s full extent (and parts). We do, however, have one lone photo that broadly shows the front and rear ends of the kitted-out Prius. What could be a massive dark gray or black chin/bumper piece that juts out a wee bit to the lower corners dominates the front end.

The rear, on the other hand, gets a similar black accent piece – it looks pretty similar to the stock rear bumper, though – as well as a rather minimalist wing on top of the taillight assemblies. What looks to be a different set of alloy wheels is also in the photo but we can’t make that out for sure. We’ll simply have to wait for other photos and details to figure out what other elements have been added to the side and the rest of the car. Modellista, on the other hand, has released two different kits for the Prius.

Starting with what we see above named “Elegant Ice”, this one does give a tad bit more “elegance” to the overall look. Given all the shiny chrome bits, we wouldn’t have said otherwise. It comes with a wraparound kit that includes a front and rear chin, as well as side skirts, all with chrome accents. The rear skirt also seems to have what could be faux exhaust outlets or exhaust cutouts. Quite minimalist, but classy nonetheless. The Neo Advance kit, on the other hand, gives more of a gruff and buff appearance. Kinks and angles plus a visibly wider front chin make for a bit more of an aggressive look. The triangular LED lights come with the kit and while we find it rather unnecessary, it does give more novelty value to this option. It also gets a sleeker rear skirt sans the chrome and false exhaust look. The sharper edges of this piece square the rear end off quite nicely, and makes us vote more for this one compared to the Elegant Ice package. But that’s just us.

Overall, both TRD and Modellista have done a pretty good job of making an already good-looking Toyota Prius look even better. Better as a matter of preference, of course. But preferences notwithstanding, stock or with any of these kits, you’re sure to have a looker of a car. We’re not sure whether the Modellista kits will make their way here, but the TRD GR parts might have a bit of a higher chance to.

But first, let’s hope Toyota Motor Philippines brings the Prius to us in the first place, yes?

2023 Toyota Innova launched in Indonesia, here are the headline specs and features

Easytrip to improve system by intensifying sticker, and card replacements among other initiatives