If you’re a Back to the Future fan, Lego’s got something for you. Lego announced a three-in-one creator set of the iconic film DeLorean DMC-12 time machine. 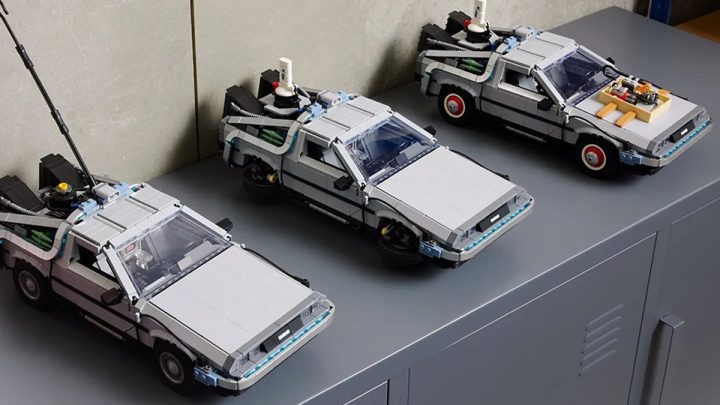 In this case, 3-in-one does not mean coffee. The term is used to describe this set because even it only comprises one DMC-12, you can customize it to represent the three different versions showcased in the movies.

The first version features a lightning rod and plutonium chamber, the second a hovering conversion, and the third has whitewall tires and a circuit board. Just like the car from the movie, this thing comes equipped with the iconic gullwing doors.

Accompanying the Lego set, are the lego figurines of the beloved characters Marty McFly and Doc Brown. Included also are the famed hoverboard and other film props that are sure to give fans the nostalgic feel. The assembled Lego DeLorean measures 350mm in length, 190mm in width, and 120mm in height. Do keep in mind though, that this 1,872-piece project is really more of a set for adult fans of the franchise.