SkyDrive Inc., a Japanese company that develops and manufactures flying cars and cargo drones, has announced that it has conducted its first public manned flight demonstration of its new SD-03 flying car model. 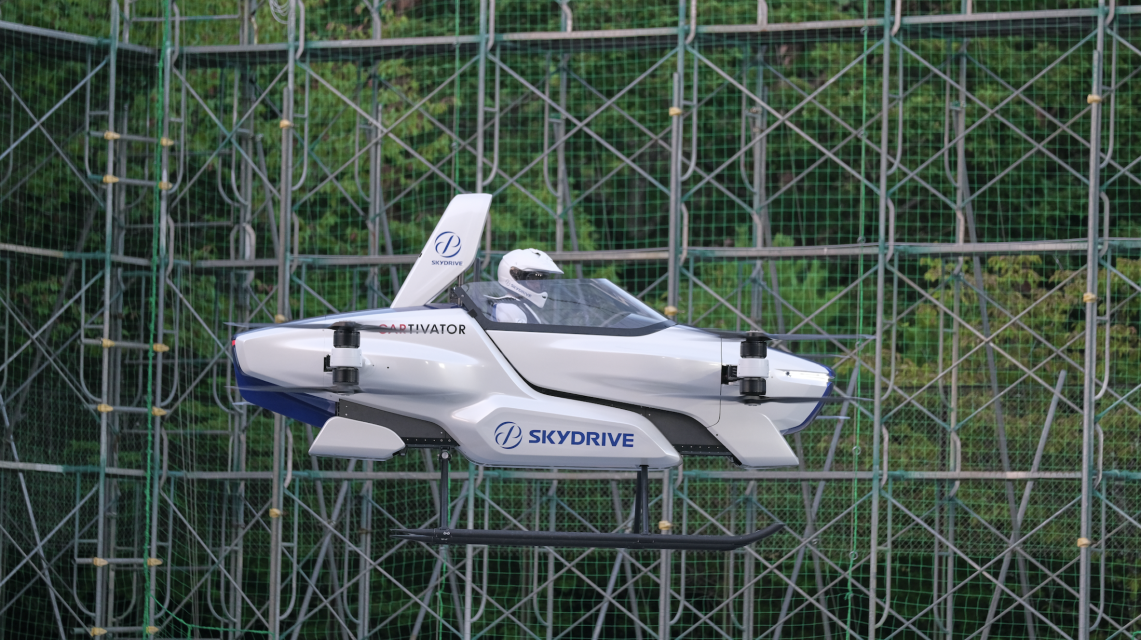 On August 25, 2020, the company demonstrated the flight at the 10,000-square-meter Toyota Test Field, which is one of the largest test fields in Japan and home to the company’s development base. 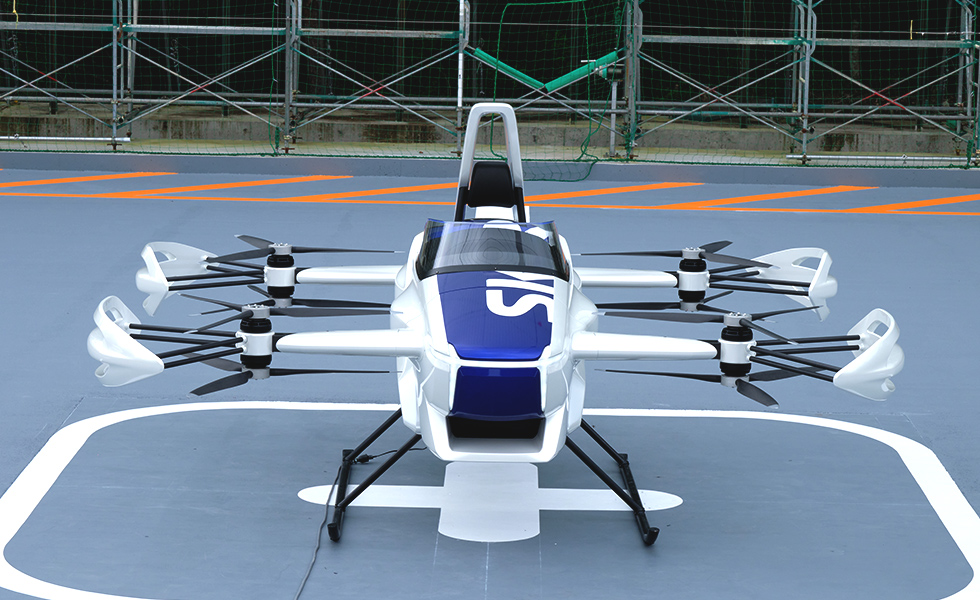 The single-seat SD-03 took off and circled the field for about 4 minutes. SkyDrive said that the pilot was at the controls but a computer-assisted control system helped ensure flight stability and safety while technical staff at the field monitored flight conditions and aircraft performance at all times as backup. 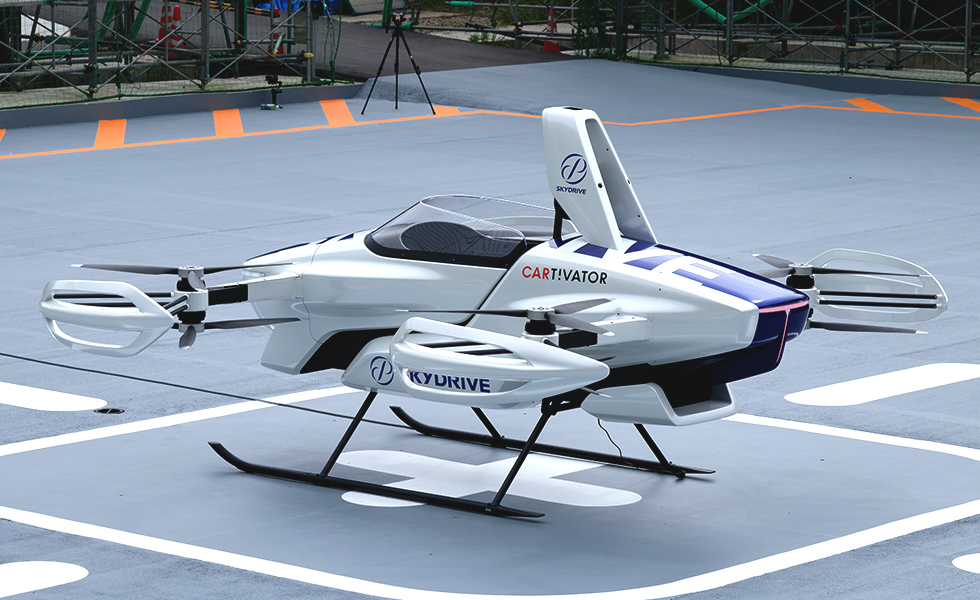 The SD-03 is considered as the world’s smallest electric Vertical Take-Off and Landing (eVTOL) model as a new means of transportation for the near future. It measures 2 meters high by 4 meters wide and 4 meters long. On the ground, it will only take space of two parked cars. It features a lean and sleek fuselage, a pearl white exterior with two white lights on the front, and red light around the bottom.

The SD-03’s powertrain consists of electric motors that drive rotors deployed in four locations, with each location housing two rotors that individually rotate in opposite directions, each driven by its own motor. The use of eight motors is a means of ensuring safety in emergency situations during flight and as such aims to address compliance standards and allay potential regulatory concerns.