Yet another extension for vehicle registration has been announced by the LTO. Aside from extending the validity of licenses and permits, among others, those whose vehicle plates end in the numbers 8, 9, and 0 have been given a 1-month extension for renewal. This information comes straight from the government agency’s official Facebook page so again, this is definitely legitimate information. 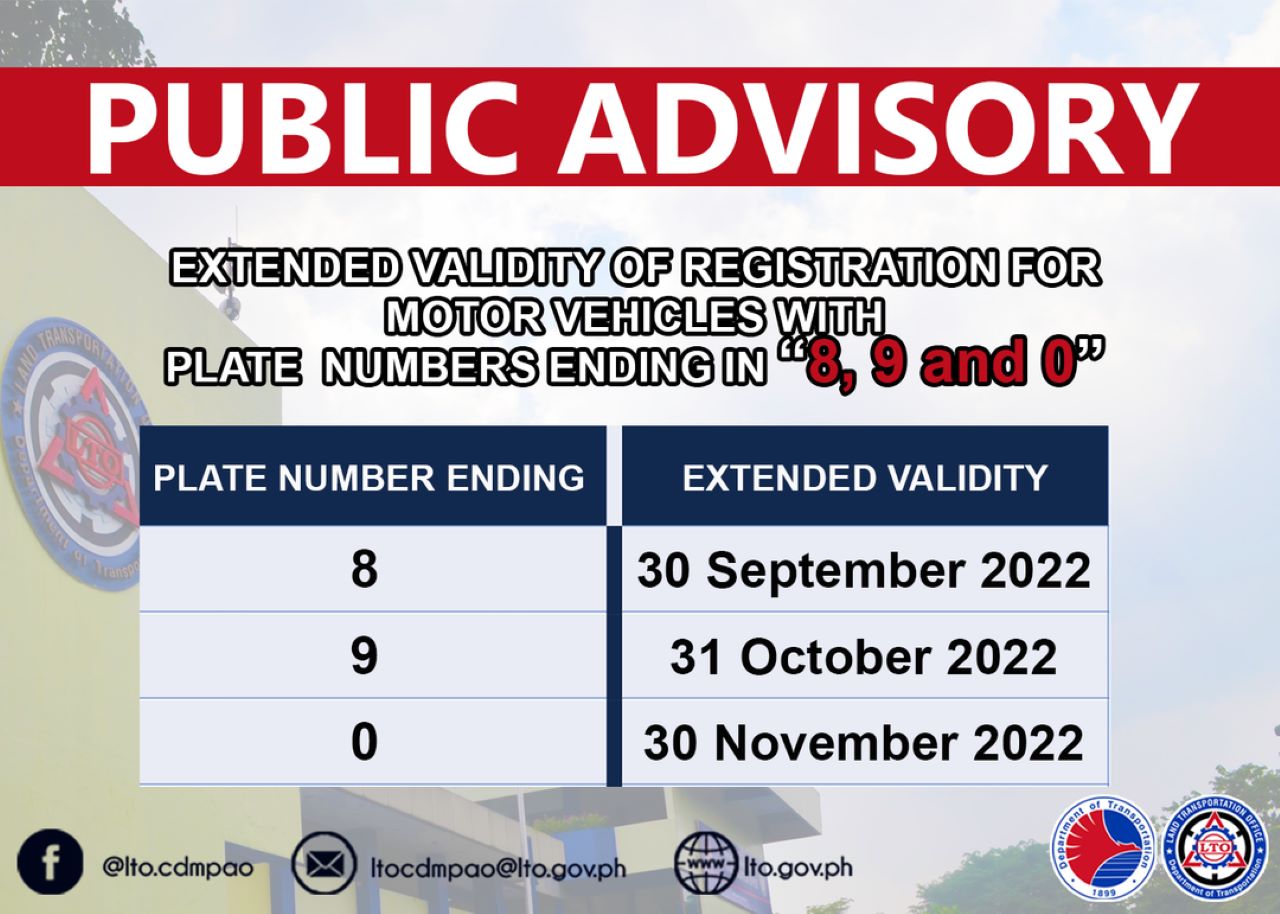 Vehicle registration extension is again given by LTO

Extensions for registration have seemed to become the norm. Given that we still are in the middle of a pandemic, a 1-month reprieve has already become normal and has already become the “common practice” since 2022. It’s a good thing as well. Though not a reason to delay getting it done for no other reason, this is the LTO’s effort to reduce the incidence of having a high volume of people in their offices to renew their registration.

As always, take this as an opportunity to simply plan your registration affairs with the LTO ahead of time. Once you can, please do get it done so as not to get stuck along with other people who might have thought it wise to do so at the last minute.

See also  Will we get the same electric 4WD Nissan Kicks e-Power that Japan has?

After all, that’s the whole point of these extensions: to minimize the volume of people in enclosed spaces, right?

Special plate for your brand new vehicle? Yes, you can get that... at a price