The City of Makati LGU has announced that the Modified Number Coding scheme will be implemented in the city starting today, May 15, under the General Community Quarantine (GCQ), except on weekends and holidays. 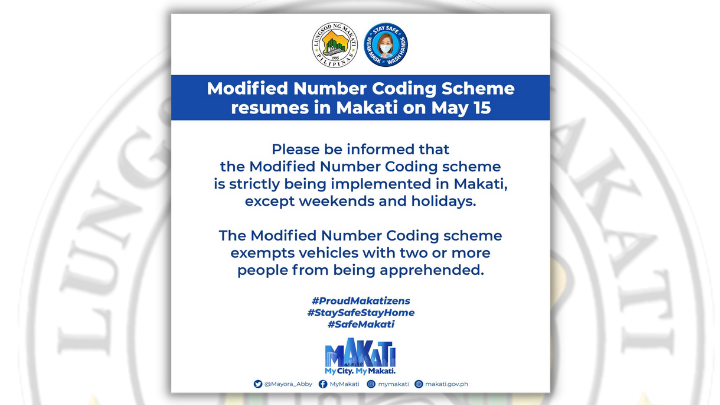 According to My Makati’s Facebook page, the Modified Number Coding scheme exempts vehicles with two or more people from being apprehended.

Check out the list of exempted vehicles in the Modified Number Coding Scheme under Section 138 of the Makati Traffic Code: