Home - Automotive - 2022 Ford Ranger debuts in Thailand; Could PH be next?
AutomotiveCars & Transportation

2022 Ford Ranger debuts in Thailand; Could PH be next?

Just four months shy of its global reveal, the all-new Ford Ranger hits the Southeast Asian scene with a launch in Thailand. 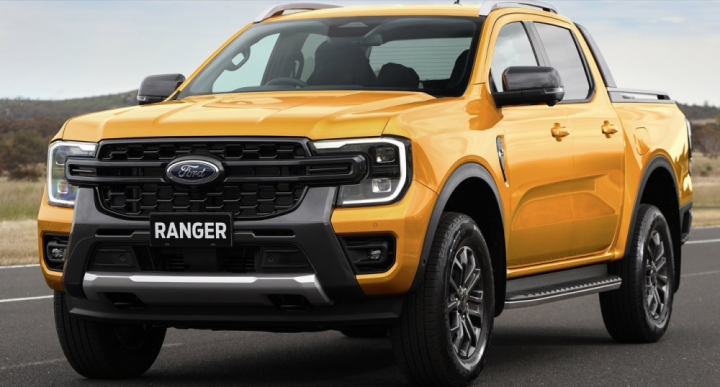 The all-new T7 Ranger measures 5370 mm long, 1918 mm wide, and 1884 mm high. It has a wheelbase of 3270 mm. The longer wheelbase was achieved by moving the front wheels forward by a little bit. Doing so has given the all-new Ranger a better approach and departure angle, which helps in off-road situations.

Inside and you’ll be greeted with a black and gray cabin for regular Ranger variants, while orange contrast stitching is added for the Wildtrak. There’s also a combination of real leather and synthetic leather upholstery, and for the first time, second-row air conditioning comes as standard equipment.

The dashboard features an 8-inch multi-information display, and a 10.1 or 12-inch infotainment screen that looks very much like a tablet. The infotainment has wireless Apple CarPlay and Android Auto, it also runs the newest Bluetooth plus voice command system named SYNC4A. 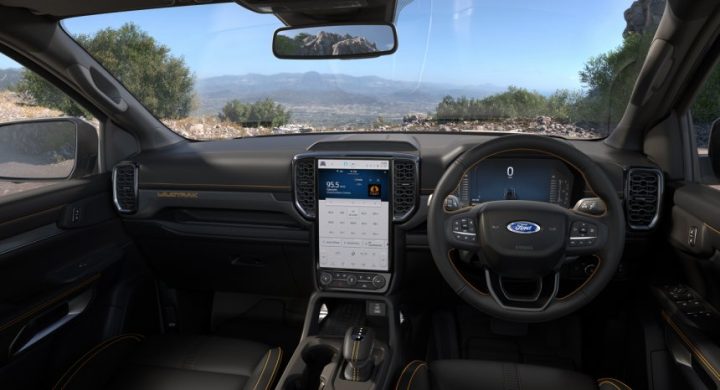 Now, on to the engines; The Thailand spec Ranger has two options. There’s the 2.0-liter EcoBoost four-cylinder turbo diesel with 170PS and 405Nm of torque. The engine is paired to either a 6-speed automatic transmission with Select-Shift or 6-speed manual transmission.

The range-topping Wildtrak comes with the 2.0-liter EcoBlue Bi-Turbo. It produces 210 PS and 500 Nm of torque. There’s no manual transmission option for the Bi-Turbo, as it’s only offered with a 10-speed automatic transmission with an electronic shifter.

Ford gave the all-new Ranger a whole host of safety equipment, such as ABS and EBD, ESP, and traction control. There’s also hill-start assist and rollover risk reduction for standard Ranger models. While All 4×4 variants get Ford’s Terrain Management system that changes the Ranger’s characteristics depending on driving modes.

With the launch in Thailand, local Ford Ranger fans can expect a launch soon.