Peugeot has an interesting (and checkered) history in the Philippines. I remember a few years ago when they first entered the market, they made pretty decent headway with their stylish french models that certainly caught everyone’s eye. I was in college when they launched and offered a slew of choices, the (older) 5008, the 508 sedan, and the hot hatch 208 GTI. All of these cars were “unique” to say the least and piqued my interest.

I remember being bored one free (school) day and made my way to the Peugeot dealership in Pasig just to see if the cars were any good. Each car in the showroom looked different from the “standard-looking” cars they were competing against. I was lucky enough to have had a chance to drive the 508 sedan, which at the time had a diesel engine and a whole host of “new” tech. I’ll never forget it because, it was comfortable, technologically advanced, and oozed good looks.

I left the dealership that day thinking Peugeot did stand a chance against the established brands. I was right! well…sort of.

Peugeot did enjoy a few years of success, however, stagnation slowly kicked in, and despite having launched a few other new models, seeing a Peugeot became a rare occurrence.  It even got to a point where I’d see a brand new model every so often and think “Where did that come from?!”.

I often wonder what exactly went wrong the first time? There seemed to be no concrete explanation as to why things “stagnated”.

Fast forward to now, and Peugeot is making a comeback (they never left, but you get my point). Under new management in the form of an experienced global distributor Astara. Astara has footholds in Latin America and Europe, it also has an existing partnership with Peugeot parent company Stellantis. Astara’s takeover of Peugeot locally, ushers in their desire to expand in our region. 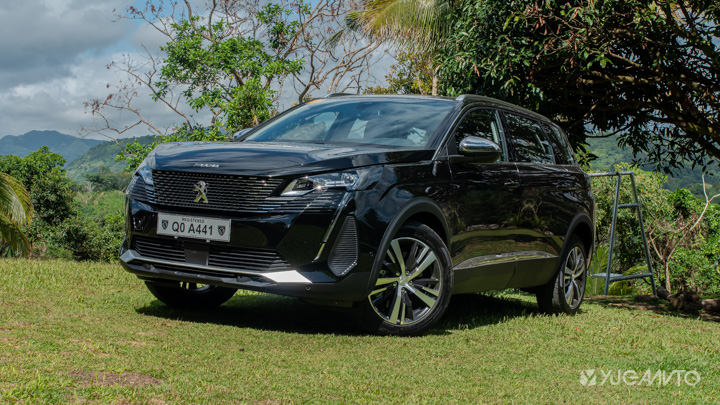 The Astara takeover in itself speaks volumes, it gives an indication that Peugeot isn’t going anywhere soon and may soon become a major player. Along with the Astara announcement, Peugeot took the opportunity to launch a new model as well, the latest iteration of the 5008 SUV.

As chance would have it, I was able to get my hands on it.

The first thing I can say about the 5008 SUV is that it’s definitely a French product. It looks like nothing else on the road, and that’s not an exaggeration. With other cars, we often say “it takes design cues from ___” but I’m glad I can’t say that with the 5008 SUV. It really does exude flair and style. 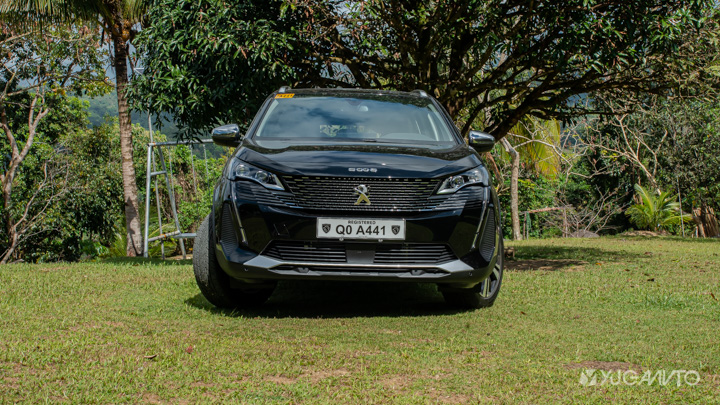 The best exterior design features for me are the “frameless grille” and those “fang” type LED Daytime Running Lights (DRL) that flank the LED headlights. The whole front fascia ensemble manages to be striking and unique without trying too hard and is a hoot to look at during the night. The rear taillights also feature what Peugeot calls “3D claw” design giving more depth and style to an otherwise mundane feature like taillights. 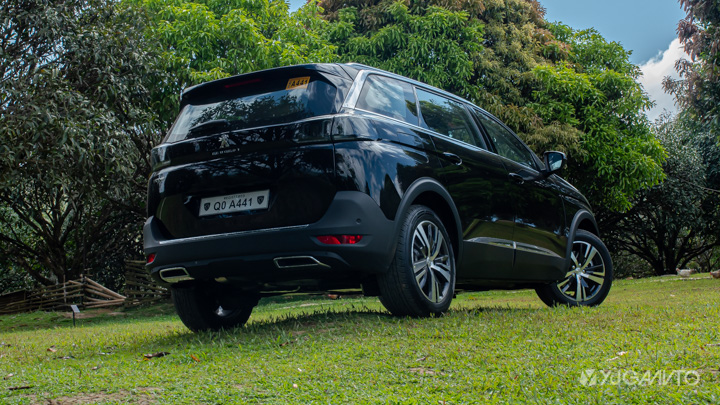 On the side, the 5008 sits on 18-inch alloy wheels. It’s also noticeable that despite the fact that the 5008 is an SUV it doesn’t ride or sit as high as one. In this case, I actually appreciate it, given that it’ll make entry and exit more of a breeze rather than a chore.

If the exterior had me gawking, the interior had me drooling. One of the main highlights of the 5008 SUV is what Peugeot calls the I-Cockpit, wherein the interior was designed to be as driver-centric as possible. 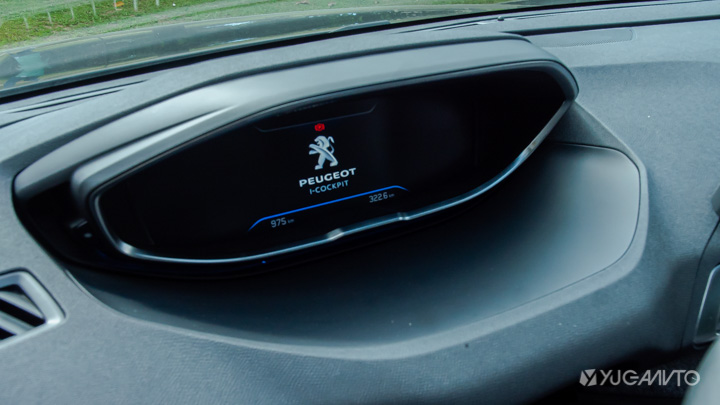 The first highlight is the compact steering wheel, and why I say compact, I mean it. It’s quite small to hold but not in a bad way, it actually makes driving easier. Don’t get me started on the way it looks, It’s soo cool. The steering wheel shape reminds me of a Formula 1 car, and the leather material it uses is soft and premium. 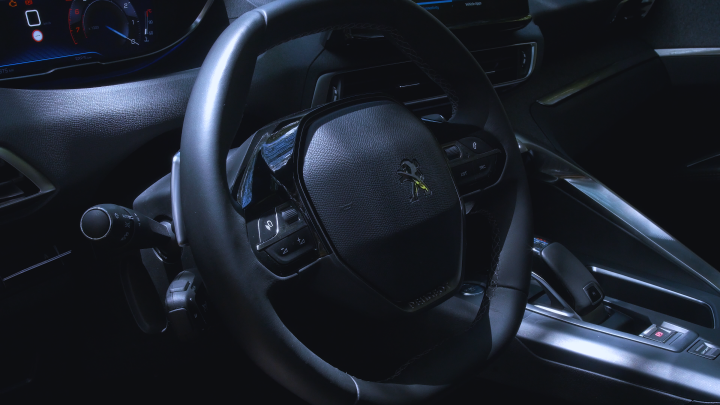 Next is the Head-up instrument panel, which is in the form of a fully digital 12.3-inch screen. The best thing about the panel is its positioning relative to the drivers’ eyes, even after adjusting to my seating position all the relevant information on the digital cluster was well within my peripheral vision. This was a plus while driving, I didn’t need to avert my eyes or move my head down to see the information displayed, ensuring better driving visibility overall. The digital panel is also customizable with different styles depending on what information you want to be displayed.

I also have to point out the 10-inch touchscreen infotainment system, which in the 5008 is canted towards the driver allowing for easier access to the screen. It has Apple CarPlay and Android Auto capabilities, as well as navigation and other vehicle settings. The best part for me though has to be the sound system. I would say that the 5008 has one of the best sound qualities I’ve experienced in a long time. Oh, before I forget, the 5008 also comes with wireless charging.

The Interior also has ambient lighting which at night really brings out more character, and instead of opting for (overused) materials like piano black or wood; the 5008 has nice brushed aluminum features and even a material more akin to denim than basic cloth or leather. 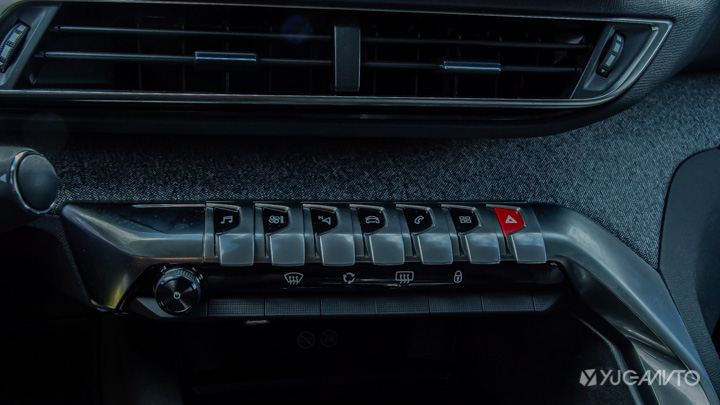 My issue with the interior is the third row which isn’t easy to deploy. To pull up the seats, I had to remove the tonneau cover, fold out the carpet, then pull the seats up. For a modern 7-seater, the whole process seems a little tedious.

Sitting in the 5008 SUV is an occasion though, the unique interior definitely is a plus for me. Again, very French, out-of-the-box style and substance.

Powering the Peugeot 5008 SUV is a 1.6-liter Petrol Twin Scroll Turbo High Pressure (THP) engine. It churns out a decent 165PS and 240Nm of torque, power is sent to the front wheels via a 6-speed automatic transmission (with paddle shifters). 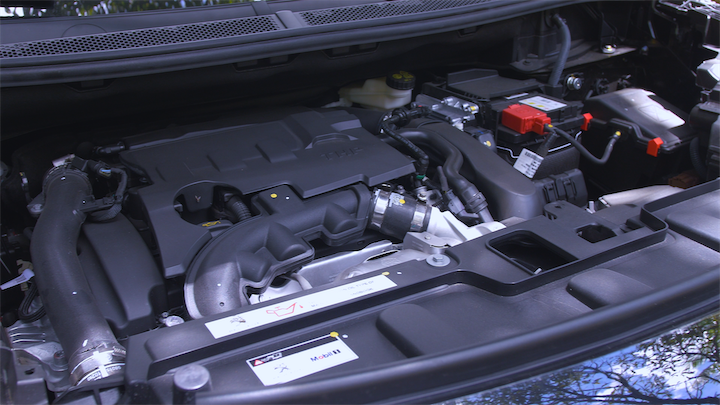 Peugeot was also kind enough to schedule me and my team a day trip camping activity in Tanay just to be able to experience the 5008 SUV’s capabilities more.

To be honest, I wasn’t expecting much from the driving experience since the 5008 is a big hefty SUV. What surprised me though was as we ascended the twisty roads of Tanay, the steering was actually very responsive. It was as if the 5008 transformed into a small hatchback, darting and pointing wherever I wanted it to. Under spirited driving, it hides its weight and heft really well, and the body roll is actually not as bad as other taller SUVs. There’s even a sport mode that improves throttle response and adds a weighted feel to the steering (I could personally do without the weighted feel).

What I like most about the driving experience though is the engine, it’s very quiet even as you climb the revs it remains “mute”. The transmission is also quite good, it’s smooth and behaved but if the paddle shifters are required its responsive enough without much delay.

When it comes to safety, the 5008 isn’t shortchanged. It has front, passenger, side, and curtain airbags, Anti-lock braking, Electronic Stability Program, a rearview camera, Hill-start assist, and Hill-descent assist control. The standout feature though is the Advanced Drivers Assistance Systems (ADAS), which are the blind-spot monitoring, active lane keep assist and correction, driver attention warning, and cruise control.

The ADAS system was actually not intrusive, Peugeot did a good job with tuning its presence. I only really felt the system kick in when it was absolutely necessary.

Fuel economy for the 5008 is pretty decent considering its size, in the city I got as high as 9km/l and a loop of the Skyway Stage 3 got me around 12km/l. After a whole week with the 5008 SUV, driving up Tanay, going to the office in Makati, and other trips on the side; I returned the car with a smidgen below half a tank. Not bad at all. Then again it does a sizable 56-liter fuel tank capacity. 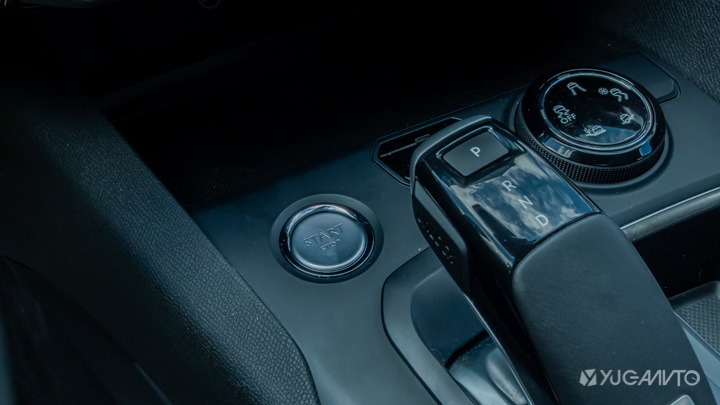 My main gripes with the 5008 SUV are down to (some) ergonomics and the ride quality. Let’s start with the ergonomics, the gear shifter is an electronic unit that requires you to press an “unlock” button to be able to shift it from park to neutral, reverse or drive. There were times (in the beginning) that I found myself in neutral when I thought I was in reverse or drive, which of course can be unsafe. After a while, I got the hang of it, though any prospective buyers should request to be taught how to properly use it.

Next up is the cruise control stalk, its location isn’t ideal. It sits on the lower left side of the steering wheel column and has buttons to activate either a speed limiter or the cruise control itself. The first time I tried to use it, I found myself struggling. I couldn’t see the buttons so it took some time before I actually got the hang of it. Also, I hope that in the next model they can make the cruise control adaptive, the 5008 still uses an “old school” system that relies on driver input to slow down if the car ahead does so. At this price point, most of the 5008’s competitors come with an adaptive type cruise control as standard.

My last gripe is the ride, I found it to be a little tough and hard, especially for the second and third-row occupants. It’s not bad overall but I expected it to be more comfortable. It should improve though if all seats are occupied and with cargo loaded on.

Despite the long interval of not having driven a Peugeot, I can still say that the 5008 gave me the same “feel” as the 508 sedan. It felt premium and luxurious, but also managed to be like nothing else on sale today. If you’re in the market for a new 7-Seater SUV, and you want to stand out from the rest without any compromise then the 5008 is a tasteful option.

Oh, if you’re concerned about quality and reliability, according to Peugeot the 5008 SUV (which is assembled in Malaysia) was tested up to 300,000 kilometers.

All-new Kia Carnival to launch in PH on Feb 17, priced