The Suzuki Grand Vitara has long been absent in the Philippine market. With news that their only crossover, the Vitara, will be discontinued in the country, we’re left with no other crossover options from the brand. But there might be hope. The Grand Vitara has returned, albeit in India. Could the recent axing be all but a ploy to bring the Grand back in?

Suzuki Grand Vitara launched in India, a country where we source some Suzuki models

Right now, Suzuki’s focus on the PH is with 7-seater MPVs and smaller vehicles like the Jimny and Celerio. With a very competitive crossover (and SUV) segment, it might make sense to reenter with a model that comes packing and ready to rumble with the competition. If the Grand Vitara somehow makes its way here, let’s look at what it brings to the table as early as now.

First of all, Suzuki touts this as their “new breed of SUV”. Seeing that it’s bigger than a regular Vitara, then maybe it does breach into that segment. It is a pretty well-sized vehicle, too, coming in at 4345mm long, 1795mm wide, and 1645mm tall. The polygonal design of the grill does well to emphasize its… size and the muscular fenders properly complement its overall look.

What looks to be a brushed metal accent piece separates the hood from the grill, and is found right between the DRL units. Yes, the Grand Vitara is going the split headlights route with the DRLs on top and the headlamps housed below them, and on either side of the front bumper. 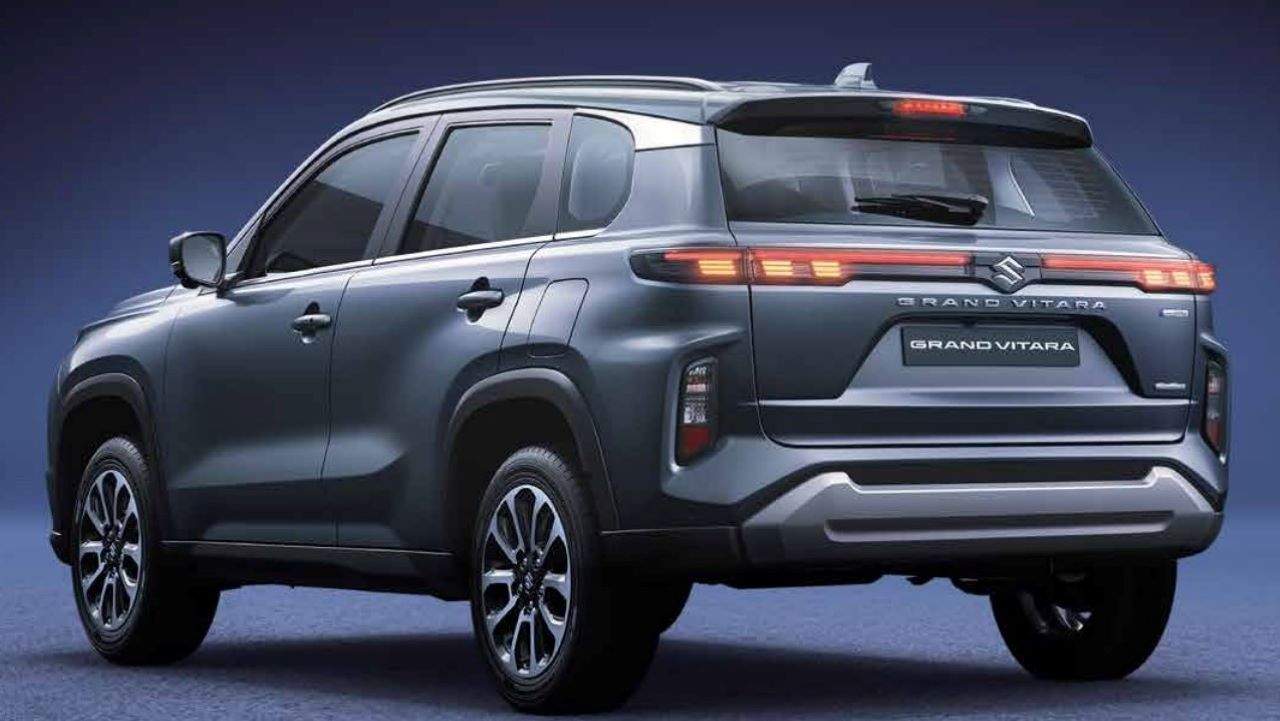 On the side, you’ll see that the fenders are wide, but just enough. The shoulder line is neatly flared along and continues down to the squared-off shape of the front and rear fenders. Adding more sportiness to the overall look are blacked-out wheel arches and 17″ alloy wheels. The rear also gets the 2-piece taillamp treatment. The brake lights are mounted on either side of the tailgate, while a long LED strip dominates its width. The turning lamps, reverse, and rear foglights are mounted lower on the bumper. Overall, this design again makes the Grand Vitara look like a sizeable vehicle. And we like it. Inside, you’ll find either a black or two-tone motif, depending on the variant. The black-plus-Bordeaux choice is really where it’s at, though. With it comes a lot of brushed aluminum accent pieces on the door sidings and the dashboard. The black interior gets those bits, too, but they come in what appears to be a champagne or rose gold color. The Grand Vitara also comes with ventilated seats, a 9-inch infotainment touchscreen, a wireless charging pad, and a panoramic moonroof.

If you’re into tech, you can also use the Suzuki Connect app to control and monitor various parameters and functions of the Vitara. 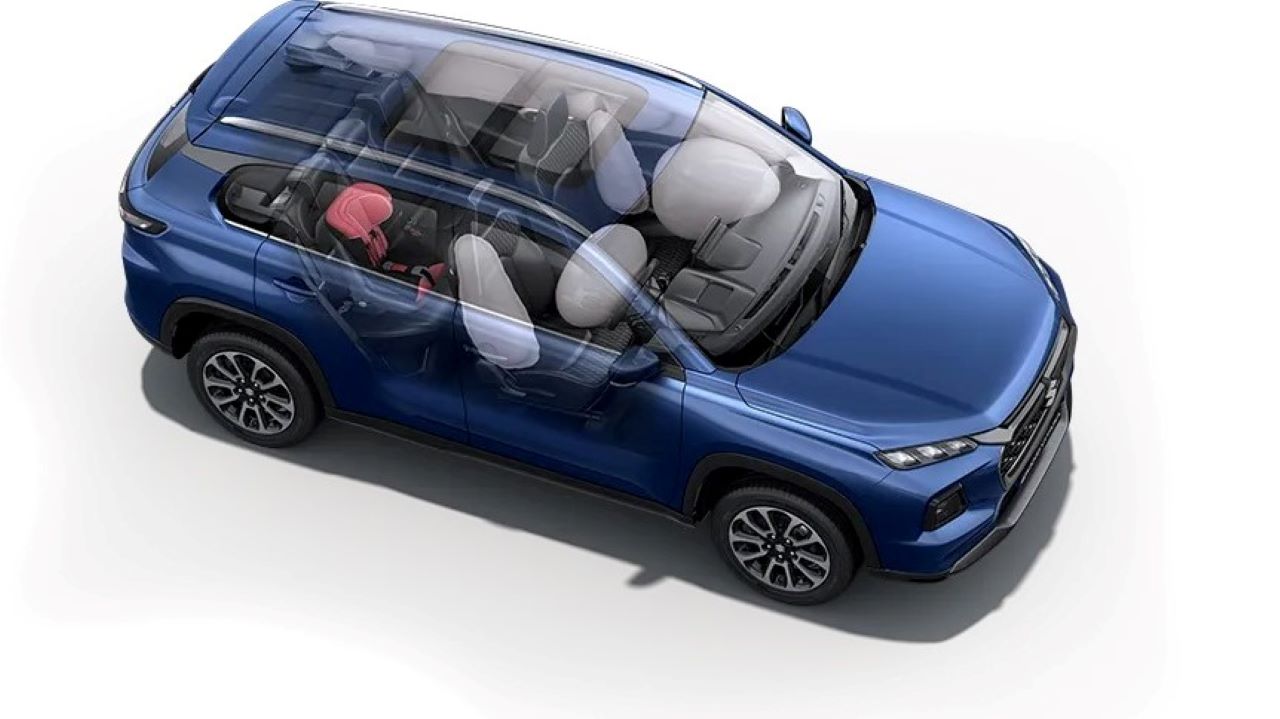 In the safety department, the Grand Vitara comes with a 360-degree view camera and up to six airbags (depending on the variant). Standard features between both variants include ABS with EBD, Vehicle Stability Control, and Hill Hold Control to name a few. On the AWD variant, you’ll also get Hill Descent Control because hey, you can have a bit of off-roading fun with the Grand Vitara, too! 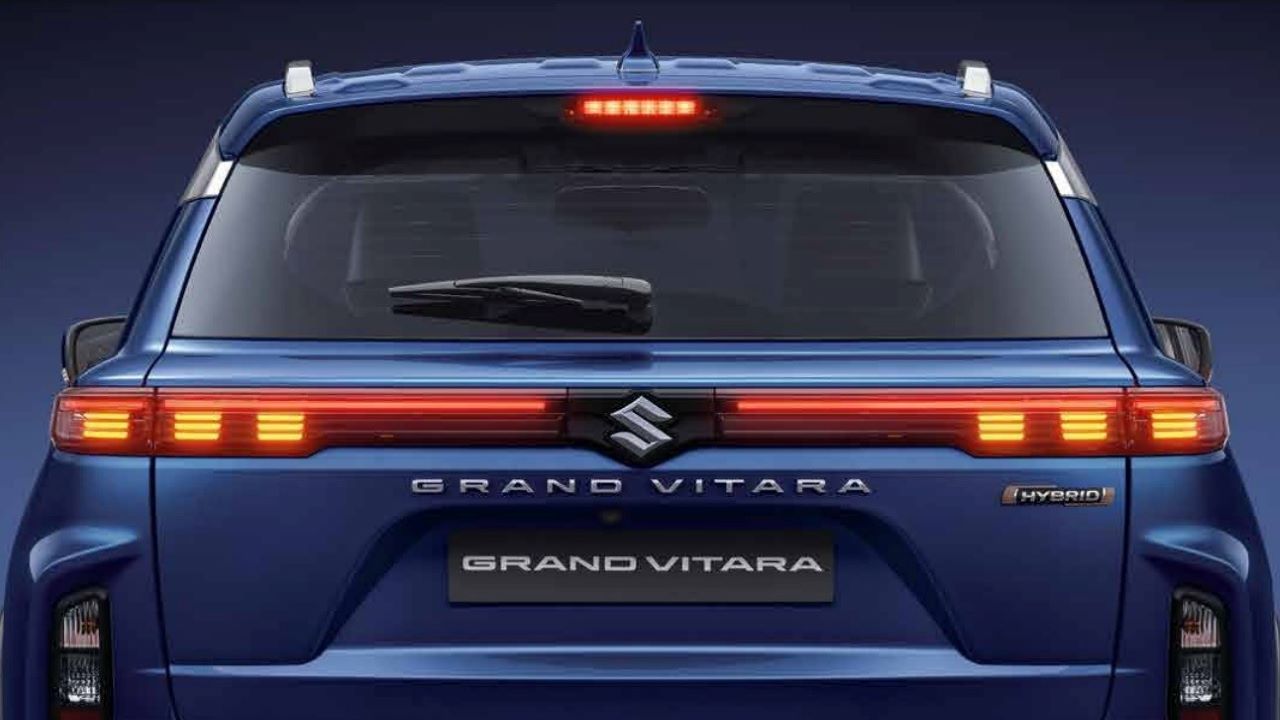 Two power options are available for the Grand Vitara. Both variants come with the same 1.5-liter petrol engine but buyers can choose between a smart mild hybrid or an intelligent electric hybrid. The mild hybrid system pumps out 103 PS and 137 Nm of torque while the latter gets a bit of a bump to 115 PS and 141 Nm of torque.

Of course, the AllGrip variant is also available. As standard, it comes with four selectable drive modes depending on the driver’s needs.

Now we kept mentioning that we source some of our PH Suzuki units from India. And again, with no crossover/SUV in the local lineup, this really might be Suzuki just paving the way for the grand return (get it? Grand?) of the Vitara in the country. We really hope so.

Fine, the outgoing Vitara might have had some things to improve on, but overall it was a pretty good vehicle to drive. With the Grand Vitara upping the premium and value proposition of Suzuki crossovers, then they actually might enjoy a good reception (that hopefully translates to sales) in the Philippines. But first, let’s all wait for the word if they’ll be bringing it in at all.