The 10km stretch of the Cavite-Laguna Expressway from Mamplasan Toll Barrier to Santa Rosa-Tagaytay Interchange is now open to the public. 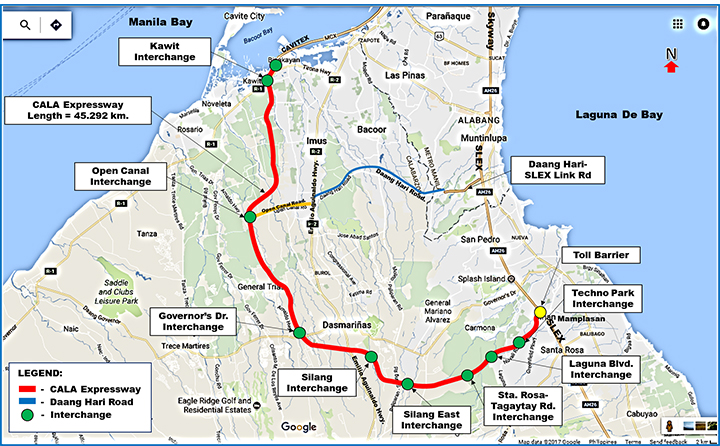 On December 23, the Department of Public Works and  Highways has completed its final inspection. The CALAX is now open to the public 24/7, easing the route from Manila to Tagaytay City.

The CALAX is designed to be a 45km road with four lanes connecting the Manila-Cavite Expressway and the South Luzon Expressway. Its eight interchanges will be Kawit, Daang Hari, Governor’s Drive, Aguinaldo Highway, Silang, Santa Rosa-Tagaytay, Laguna Boulevard Technopark, and a toll barrier before SLEX.