Last week we reported that Porsche was set to release a very special version of the beloved 911 sports car. It was reported that the brand was going to launch an off-road version called the 911 Dakar.

Speculations can now rest because the car has just been officially launched.

For starters, the 911 Dakar was revealed with a livery paying homage to the 1984 Dakar-winning 911 that the current car takes inspiration from. 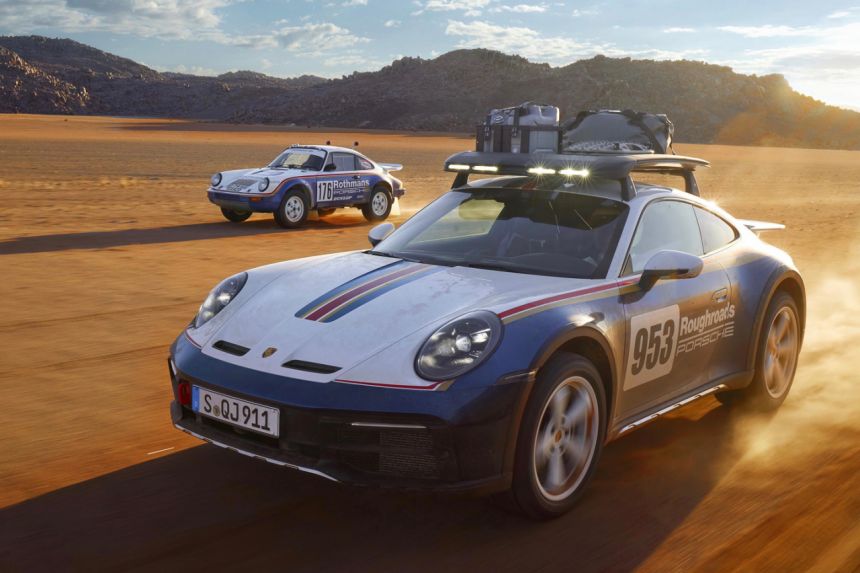 As mentioned the 911 Dakar is an off-road version, so it sits 50mm taller than the normal 911 Carrera. Once you activate the lift system though, the Dakar gets an additional 30mm of ground clearance should the going get rougher. In its tallest form the car can reach speeds of 170km/h, should you go faster it’ll drop down to its original height for aerodynamic and safety purposes.

The offroad tires were done in partnership with Pirelli who created a standard all-terrain tire for the 911 Dakar. The tire sizes are 245/45ZR19 in front and 295/40R20 at the rear, the all-terrain tires were optimized for challenging terrain while being puncture-resistant.

While the 911 Dakar is made for roads off the beaten path, the brand chose to install some parts from the road-going GT3 car. Things like the carbon fiber reinforced plastic roof, rear-wheel steering, and engine mounts as well as the fixed bucket seats and lightweight glass. 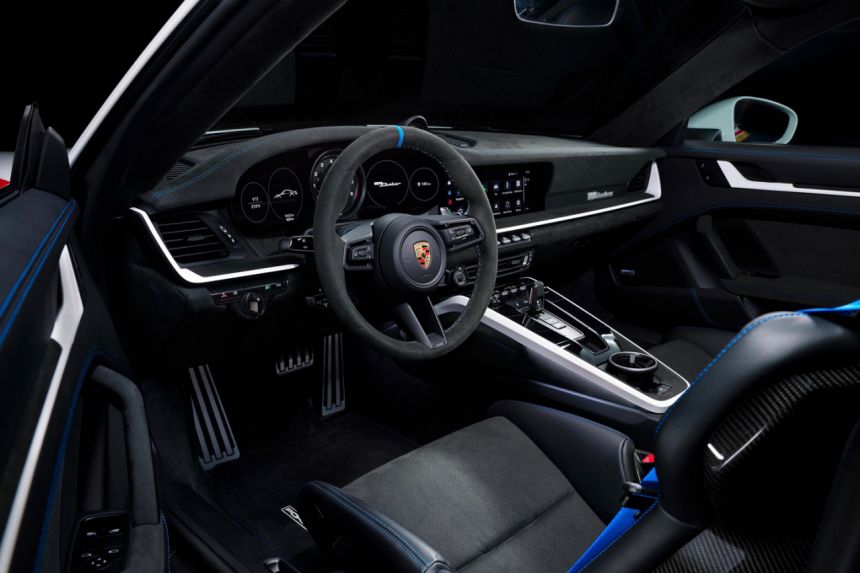 Powering the 911 Dakar is a 3.0-liter twin-turbo flat-six engine that produces 480 PS and 570 Nm of torque. Unfortunately, there is no manual option, the Dakar is only available with an 8-speed PDK transmission sending the power to all 4 wheels. It also comes with an additional 2 drive modes for off-roading namely the Rallye and Off-Road mode to optimize power delivery and maximize traction on rough surfaces.

Porsche is also offering the 911 Dakar with a roof rack that has a 12-volt power outlet for additional driving lights while being capable of holding items up to 42 kg in weight. In addition, the rack can accommodate items needed for Overlanding trips.

The order books are already open for the Porsche 911 Dakar (hopefully in the PH too), although the brand did say that production of the car is limited to 2,500 units per year.