After a long season and plenty of action, the Toyota Gazoo Racing Vios Cup’s final leg is upon us. The brand is inviting all local race fans to make time this weekend to check out the action.

The third and culminating leg of the 2022 TGR Vios Cup is slated for November 19, 2022, at the Clark International Speedway (CIS) in Pampanga. Admission is free for everyone just don’t forget to bring your vaccination cards to present upon your entry or catch the thrill and excitement online through our Livestream at the TOYOTA GAZOO Racing Philippines official Facebook page. Races start at 9:30 AM so be sure to arrive or tune in early! 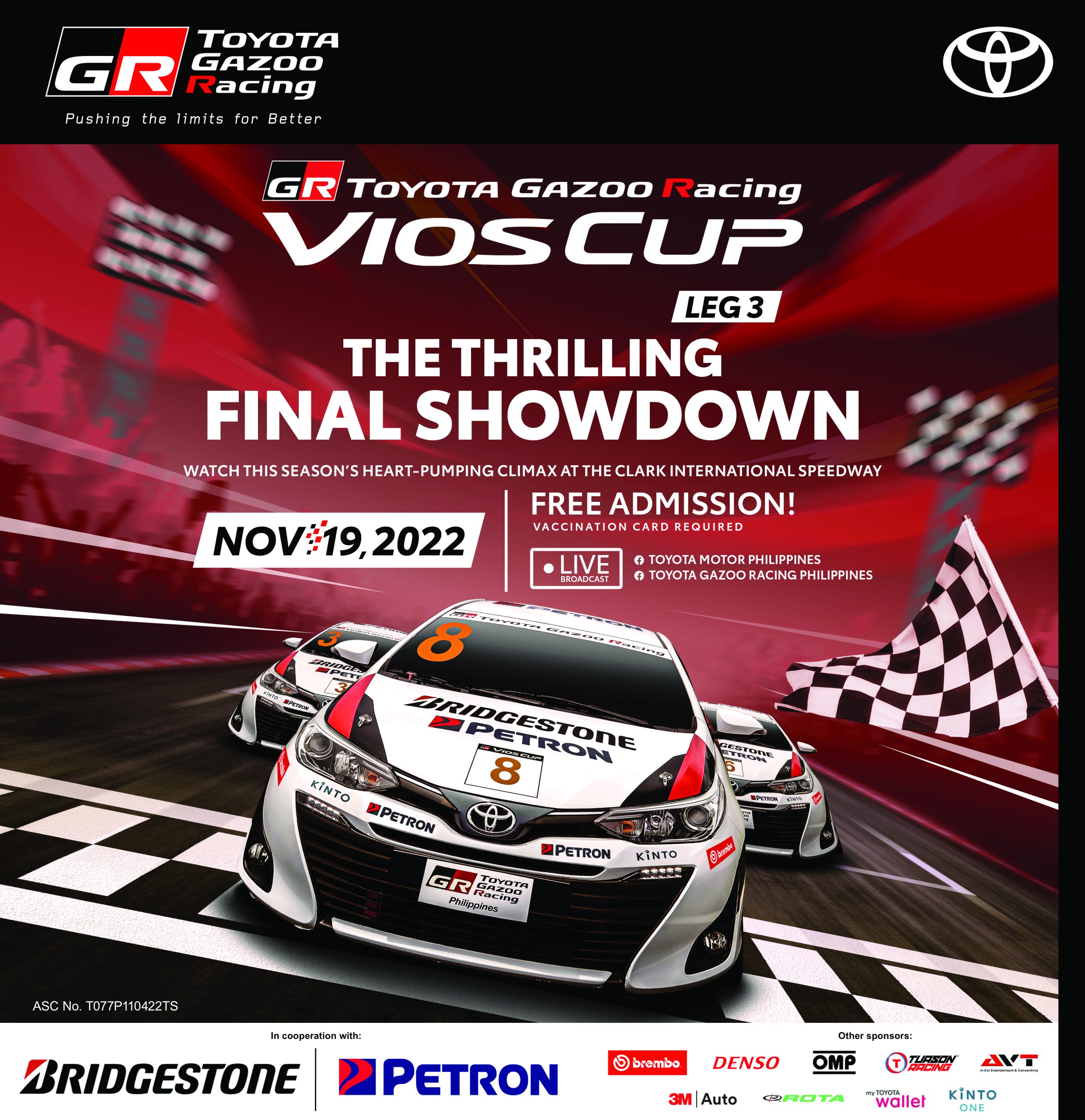 The final leg of the TGR Vios Cup will feature three Circuit Championship classes Super Sporting, Sporting, and Promotional and Autocross Challenge races. These race events will feature seasoned and celebrity racers along with influencers and members of the media who will either defend their places or snatch their way to the podium.

As a bonus for the live racing audience, GR Garage booths will be selling official GR merchandise and accessories. GR vehicles will also be displayed.