With the increase in traffic in major cities across the NCR, the Metropolitan Manila Development Authority (MMDA) has recently suggested and discussed changes in order to ease heavy traffic during rush hour in Metro Manila. As stated by MMDA Chairperson, Romando Artes, approximately 3 Billion Pesos of the citizens and country’s hard-earned money is lost each day due to increasing traffic congestion and not to mention the precious time wasted sitting in traffic.

The first topic of discussion was limiting provincial buses from entering the NCR. On which, they would be able to enter during a specified window period from 10 PM to 5 AM. The MMDA noted that what definitely worsens rush hour and causes heavy traffic is the fact that over 4,000 buses from the north and 3,000 buses from the south travel through the NCR each day. 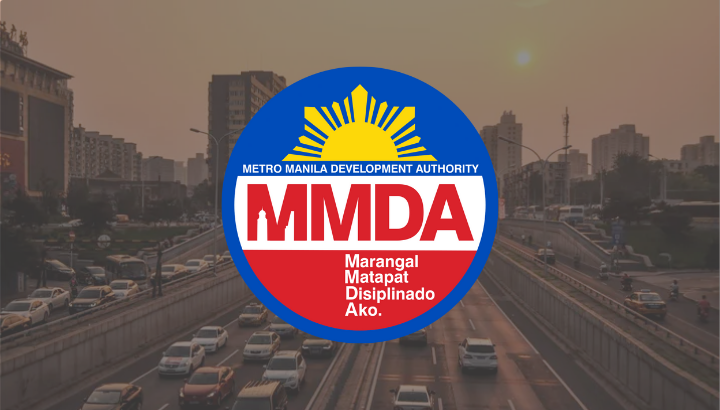 A revised proposal on the coding scheme being implemented in the NCR was also discussed. They have proposed 2 new coding schemes that look to significantly reduce the volume of traffic by up to 50%. Each coding scheme calls for the ending number on a car’s license plate to be the basis of which days that car would be prohibited from driving in Metro Manila. 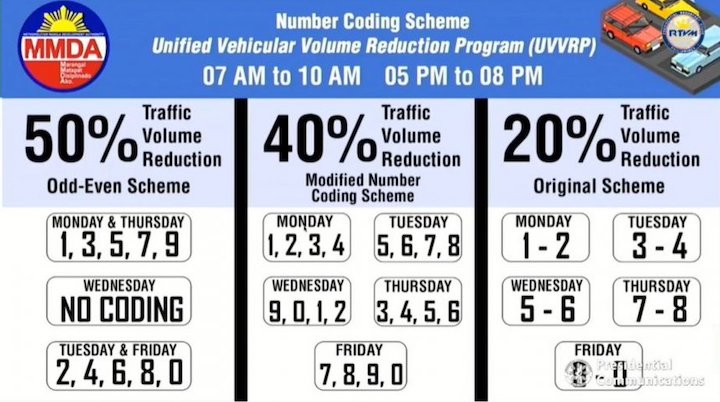 Another proposal by the MMDA was to implement a daily Daylight Saving Time (DST), similar to what New York City does. Although it’s not the DST where we move our actual times one hour back or forward. But rather, the proposal states that any work for a government employee and any government transaction is to be conducted from 7 AM to 4 PM so that government employees can go home earlier and avoid rush hour. This proposal shall still be consulted with the Civil Service Commission headed by former Cabinet Secretary Karlo Nograles.

Furthermore, the MMDA suggested a 4 day work week in order to lessen traffic. 2 schemes of this idea were proposed. The first scheme is that of having a 10-hour workday whilst working only 4 days a week. This idea is up for debate still due to the Labor Code stating overtime would be any excess of 8 hours a day. The second scheme would be the normal 8-hour workday whilst working in the office for 4 days a week and 1 day where one works from home. With technology ever-growing, the MMDA has invested in increasing and improving the CCTV cameras in our motorways. This is all with the objective of achieving “No Contact Apprehensions”. This would mean that those who violate traffic rules and park illegally will be no longer physically pulled over or apprehended. But rather, will be directly ticketed based on the footage on the CCTV and as well as body cameras used by traffic enforcers. No details were discussed on how this would be specifically implemented but the goal would be to have the “No Contact Apprehension” system fully operational by June 13. This system is aimed at lessening traffic by reducing the amount of time spent pulling cars over and discussing the violation on the side of the road.

Lastly, a proposal for the commuters was for the government to invest in elevated walkways and bicycle lanes. Thus, helping to encourage people to walk or bike to work instead of driving. This would entail a great expense for the government but would substantially improve the livelihood and transportation amongst those who live not too far from their workplace.

If you wish to know more about what had been discussed, you may click this link to view the full discussion and transcript of  “Talk to the People of President Rodrigo Roa Duterte”. What do you think of the proposals presented? We’d love to hear your thoughts down in the comments!