Are you ready to “Transform, and roll out”? You should be! If you’re a fan of the Transformers and LEGO, then you’re in luck because you can now pre-order the LEGO Optimus Prime from the LEGO Certified Store PH Facebook page. 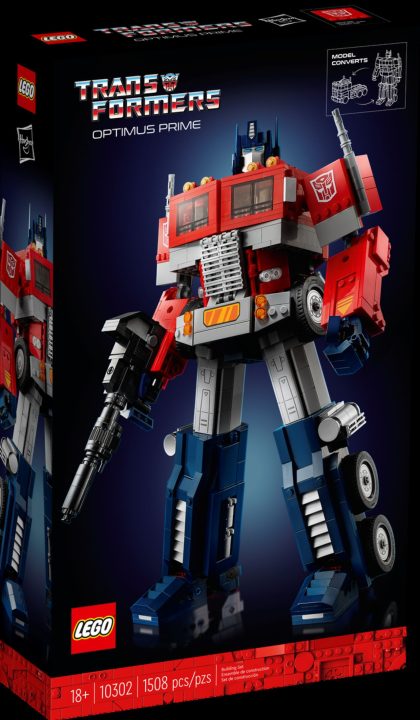 Who can ever forget the red and blue trailer head that transforms into the heroic leader of the Autobots? Back in the 80s, any and all merchandise from the Transformers line was all the rage, but most of them were made of plastic. This one’s no different, but the main difference is that they are now of the LEGO sort. Oh, did we mention that it also transforms? 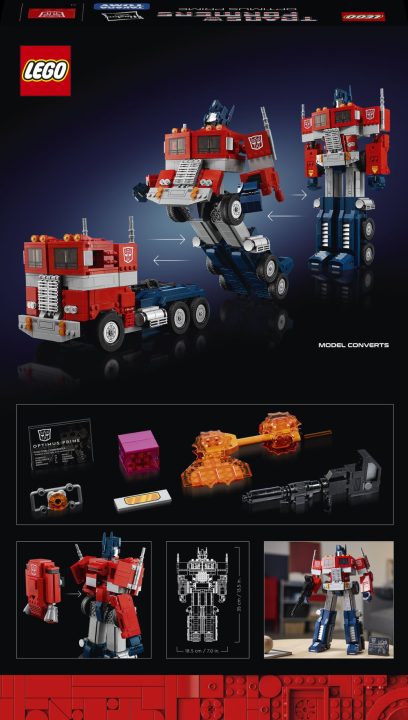 Meant to attract both LEGO and (Transformer) toy fans alike, the set comes with a whopping 1,508 pieces. When fully built, Optimus Prime stands a full 13.5 inches tall. And it doesn’t simply stand and transform. With a total of 19 different articulation points, your own Prime can pose, all heroic, the way you want it to. Okay, maybe not “all heroic” because some points move only to a certain extent. This is because the LEGO Optimus Prime is meant to be a collector’s piece. To make way for new brick placements when transformed, and because it isn’t really meant to be played with, there are still some limitations to its movement. LEGO really paid attention to this particular model. All the Titos and Batang ’80s will be happy to see Prime’s iconic blaster, his Energon ax, an unmistakable Energon Cube, and of course, the Autobot Matrix of Leadership included in the package. Speaking of the Matrix, yes, you can stow it in Prime’s chest, too, just like in the movies and series. Hooray for faithfulness to the cartoon!

To show off this collector’s model, it also comes with a display plaque. On it, you’ll find the English name of the Autobot leader “Optimus Prime”, and in keeping up with its uniqueness, it’s also spelled out in the Cybertronian language. 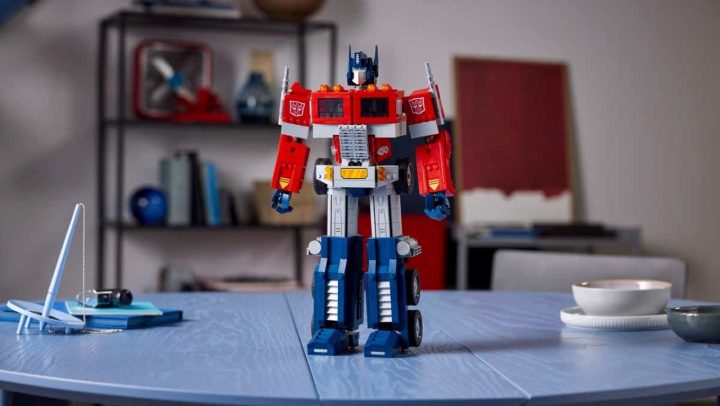 If you’re interested, you can pre-order the LEGO Optimus Prime box from the certified LEGO stores across the Metro. If you do happen to be a Gold or Platinum member, you can take further advantage of early-bird discounts from its SRP of PHP 10,999.00. Full payment is required upon reservation and the sets are expected to arrive in the 3rd or 4th week of June.

For fans of the cartoon, the LEGO Optimus Prime is our dream come true and is bound to make a lot of us happy, isn’t it? The Titos in us definitely are! Now, where do we find 11K for it?