Since railways first bound the world together through its metal bands, it was only a matter of time before rails reached the Philippines. And for a while, it seemed like there was nowhere to go but expand. After the first ones became operable by 1888 (Manila-Malabon Line) and 1892 (Manila-Dagupan Line) respectively, railways could be utilized in Luzon and Visayas for at least the next four decades. Since independence after Second World War, however, roads became priority infrastructure and Filipino rail had contracted to a fraction of its pre-war mileage.

Thereafter, railroad projects came in parts and parcels, such as the Light Rail Transit Line 1 (LRT-1) by 1984, Metro Rail Transit Line 3 (MRT-3) by 1999, and Light Rail Transit Line 2 (LRT-2) by 2003, among other completions. The Build Build Build (BBB) program, which aimed to raise infrastructure spending to 5 percent of the gross domestic product (GDP), seemed to offer a more revitalized take on rail in particular, a program that appears likely to be sustained in the coming years. Here are some of the key rail projects in the works expected to be finished on or before 2030. 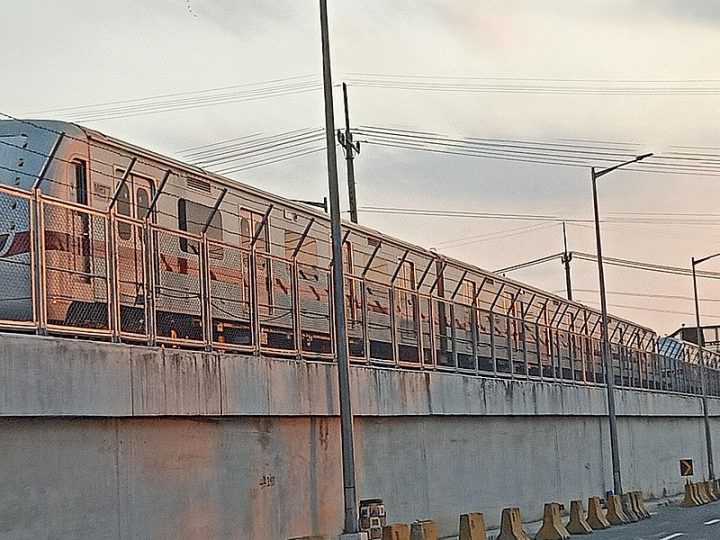 The project involves building a 23-kilometer elevated railway line with 14 stations from San Jose Del Monte, Bulacan to MRT-3 North Avenue in Quezon City, and the 22-kilometer asphalt road from Bocaue Interchange of the North Luzon Expressway (NLEX) to the intermodal terminal in Tala. The road component will divert northern provincial buses operation to San Jose Del Monte with the intent to decongest EDSA. As of May 2022, completion rate has reached nearly 65 percent.

The Malolos-Manila and the Clark Extension are components of the NSCR Project, formerly known as the Clark–Calamba Railway. NSCR is a 163-kilometer urban rail transit system designed to provide more sustainable transportation, reduce travel time, and allow greater connectivity between Central Luzon and CALABARZON. As of December 2021, the first and second phases of the project were 54 percent and 35 percent complete, respectively. This project would trace its origins from the NorthRail project, which was discontinued as of 2011.

The Subic-Clark Railway Project is a component of the Philippine National Railways (PNR) Luzon System Development Framework providing initial freight and cargo service between the Subic Bay Freeport Zone and the Clark Freeport and Special Economic Zone, linking Subic Port with Clark International Airport and other major economic hubs in Central Luzon, especially New Clark City, and forming an integrated logistics hub for the development of Central Luzon as a new growth center to decongest Metro Manila. Project procurement is expected to be done by 2022, after which implementation is anticipated.

Previously dubbed as the Mega Manila Subway, it would arguably be the first Filipino attempt at creating an underground railway system. The first phase of the line is slated to run between Valenzuela and the Ninoy Aquino International Airport (NAIA), spanning over 27 kilometers in all. Apparently, the subway was proposed as early as the 1970s, but priority was given for the construction of the elevated LRT-1. It was once more proposed in the 2014 Metro Manila Dream Plan, after which it was approved by the National Economic and Development Authority (NEDA) Board by September 2017. As of February 2022, progress has reached 30.55 percent completion rate.

Estimated to extend to around 10 kilometers overall, this underground railway system was meant to service Makati City. The Fiscal Incentives Review Board (FIRB) granted four-year tax incentives for its rail operations.

An elevated monorail project, the 15-kilometer line would connect Taytay and Cainta in Rizal Province with Pasig City and Quezon City in Metro Manila. When in operation, it would be the second transit line serving Rizal Province after the LRT-2, which was recently extended to Antipolo City. The LRT-2 extension was inaugurated in July 2021.

The Mindanao Railway is intended to connect major cities, seaports, and economic zones, allowing for faster transportation of passengers and freight. The first phase involves a 100 kilometer segment connecting Tagum City, Davao City, and Digos City. This would be part of the larger 830-kilometer Mindanao Railway network. If the project would be sustained to continue work on the entirety of the proposed line, it is anticipated for construction to go beyond 2030 for the second phase (extending to Butuan) and the third phase (completing the loop system).

What do you think of the ongoing rail projects in the Philippines? Let us know.

Disclaimer: This list does not include projects which are under approval stage as of writing time, or had been approved but had not yet been given a definite completion date.

A public servant with a heart for actively supporting technology and futures thinking, responding accordingly to humanity's needs and goals, increasing participation of people in issues concerning them, upholding rights and freedoms, and striving further to achieve more despite our limited capacities. In everything, to God be all the glory.