Owners of vehicles with plate numbers ending in “7” are in for some good news. Just now, the LTO announced that vehicle registration for those who have “7” as the last digit of their plates has been extended until August 31, 2022. This is after they also announced that those ending in “6” were also given an extension last month. 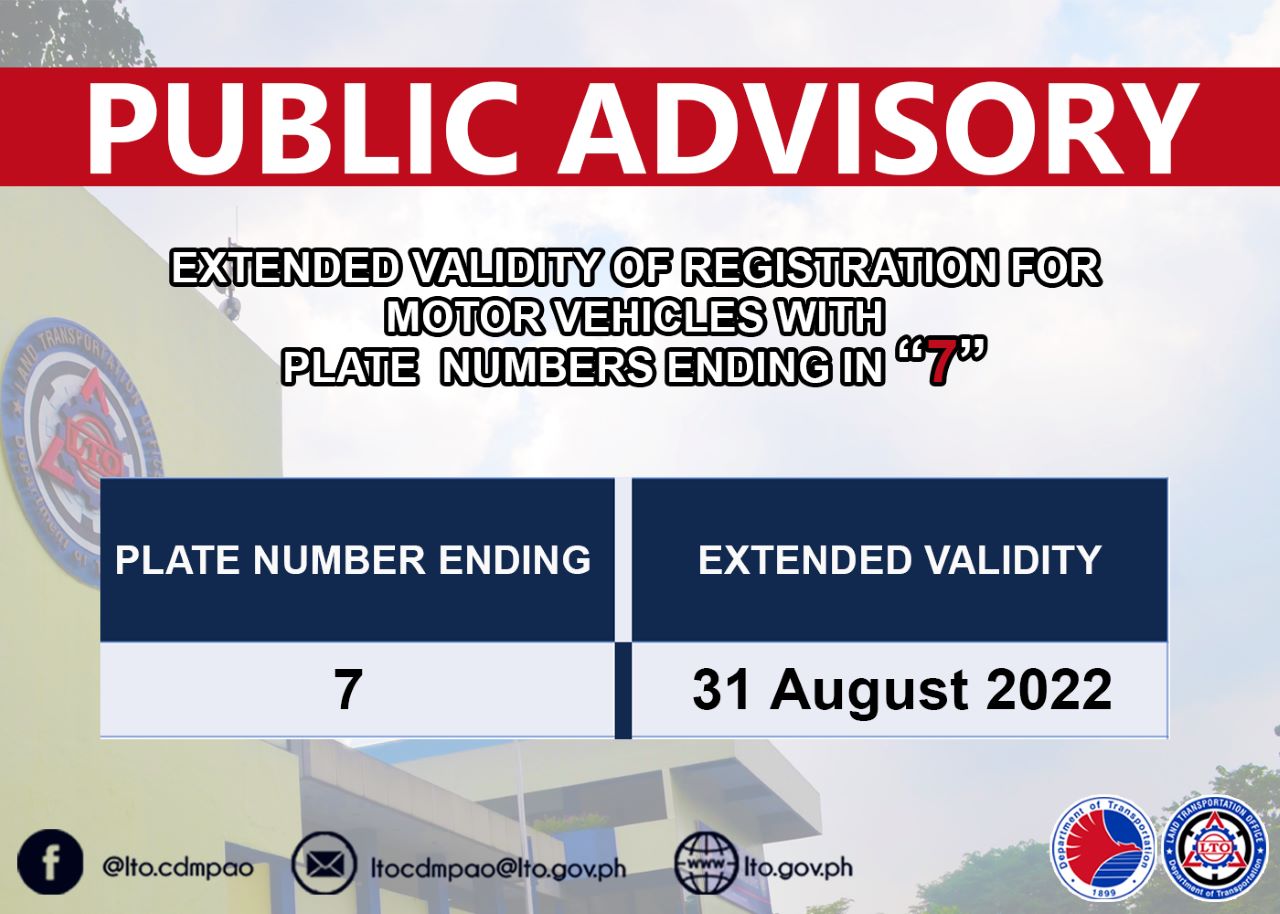 The government agency posted its announcement on its official Facebook page, so again, this is legitimate information. As is the norm, the last digit of license plates determines the month on which registration is based. Those that end in 7 are supposed to be registered within July. But given the extension, owners can wait until the end of August to do so.

It seems that the LTO giving extensions for vehicle registration is becoming the norm. Since the start of the pandemic, this has become a constant practice to date. This is, of course, a good thing as it gives vehicle owners more time to plan their travel and their time to efficiently get this obligation done. As long as registration is done within the extension period, in this case until August 31, owners won’t have to worry about apprehended, penalties, or late fees that are usually collected in such cases. Regardless, we do suggest that if time permits, do get this done early.

A lot of people will definitely choose to enjoy this reprieve, and since a lot might decide to get it done at the last minute, you wouldn’t want to get caught in that sort of rush. These extensions are always welcome news, but they aren’t reason enough to dilly-dally just because we can. So while we can sit back and relax for a bit, do get your vehicle registered as soon as you can, still.

From dreamer to winner; My Vios Cup Autocross 2022 Round 1 Recap – Feature