If there’s one Honda that continues to get a lot of hype, it’s the Type R. It was in April this year that we saw it attacking and beating its record at Suzuka, but it was camouflaged. Honda has decided to tease everyone a little bit more as they took the covers off of a (still teaser) image showing off the all-new CTR’s front end. 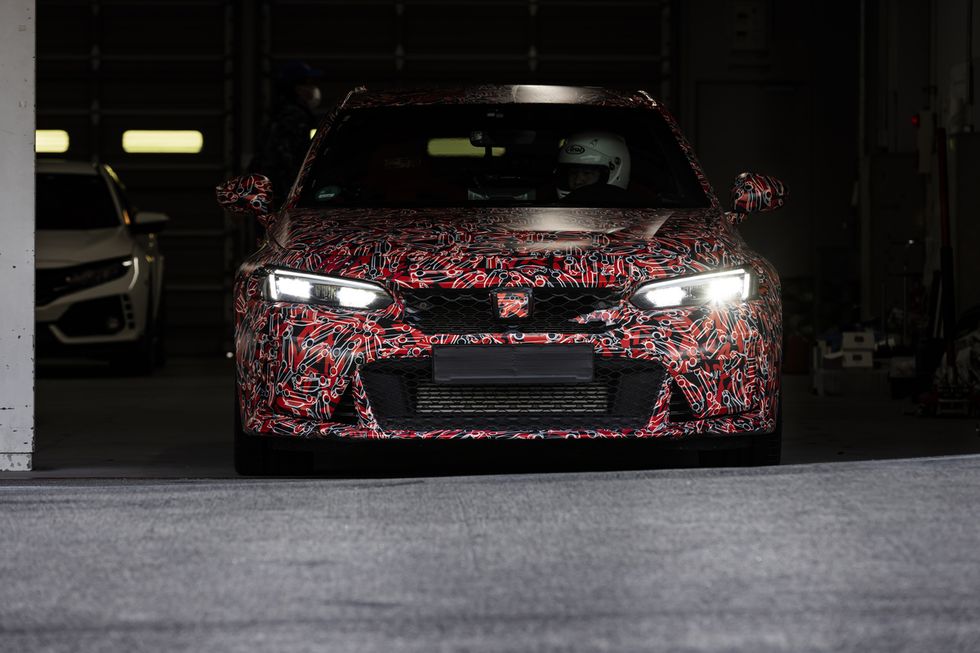 The global reveal is set to take place in the United States on the 20th of July, so that will be around 10:00 AM of the 21st locally. The reveal of Honda’s latest hot hatch so happens to coincide with the 50th anniversary of the Civic badge. First going on sale in 1972, it’s been five decades since it was first released. Another significant event in Honda history is that the first Civic Type R – the EK9 – was released 25 years ago today. In its 25th year, the EK9 is set to see its successor. And with Honda saying that this will be “the best Type R”, a lot of eyes are on it.

It can be said that Honda has done a great job in keeping specifics about the all-new Type R under wraps this long. Despite all the teasers and spy shots and rumors, no official word has been given by the manufacturer about its hardware and specs. The outgoing model runs on the 2.0-liter K20 engine, so it may be safe to assume that if it will still be the same, then maybe it’s been re-tuned to pump more power out. It’s anyone’s guess until the actual reveal.

Also, some food for thought: Honda plans on going (all-) green soon, and that may not bode too well for its petrol-powered vehicle line, Type R included. With a few years left before Honda’s plans come into full swing, could this then be the last gasoline-feeding Type R, ever? Oh, say it ain’t so!

For now, let’s wait for just a little more patiently and enjoy the all-new Type R for all that it is. Whether it’s going to be the last of its kind or not, it’s already a legend. Whether you’re a fanboy or fangirl or not, true enthusiasts will have to agree with that.