When it was first implemented, the exclusive EDSA bus lane was met with mixed reactions. It has since become synonymous with traffic laws and unless you are a marked emergency vehicle – or a bus, of course – you cannot travel within the walled lane. Maybe this Ferrari’s owner missed the memo, or just wanted to neglect what is already common knowledge.

The EDSA Bus Lane is for buses only 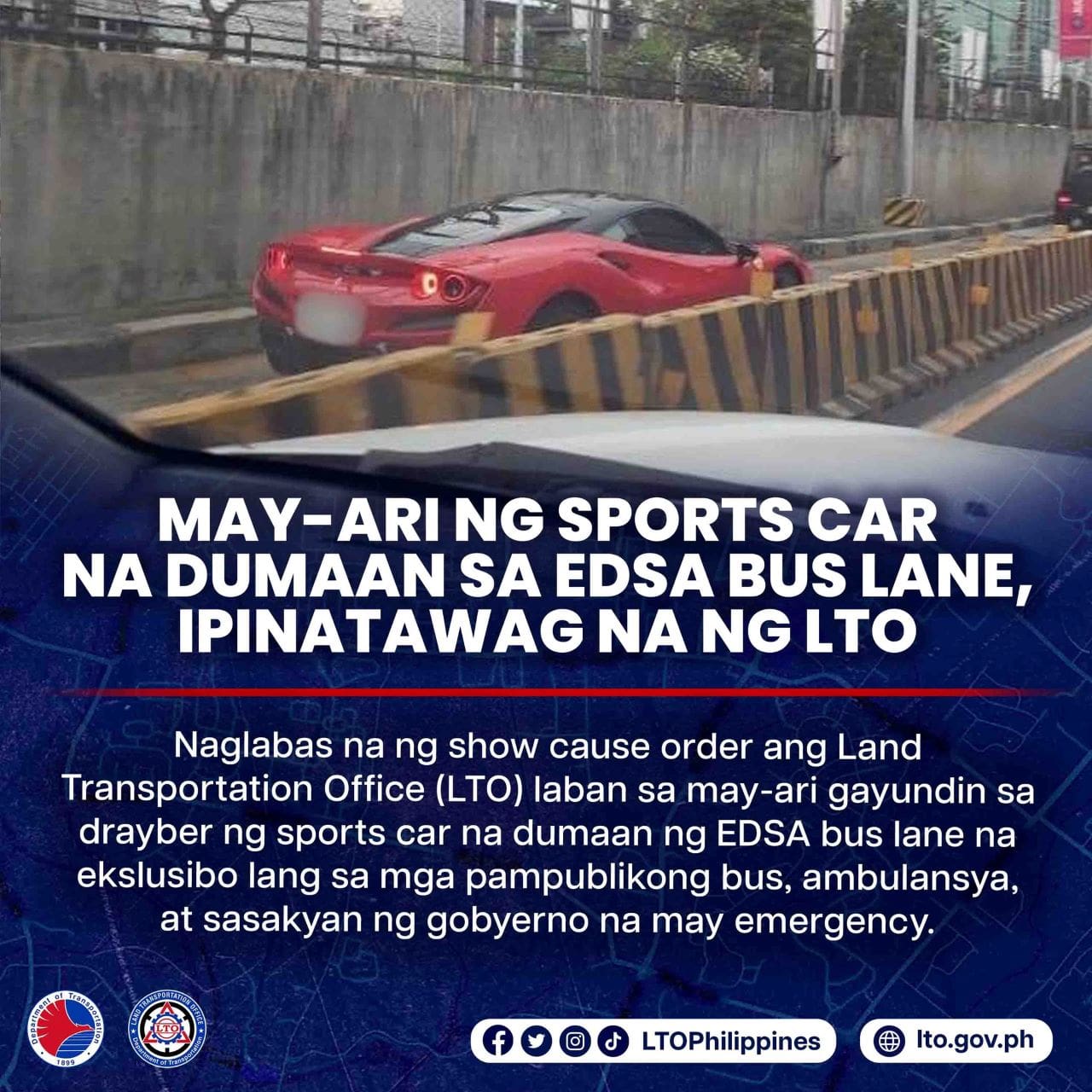 Two days ago, a Ferrari was spotted traversing EDSA while on the bus lane. Of course, the LTO was not pleased and has since issued a Show Cause Order to the owner and driver of the fancy Italian sports car. Per the agency, the vehicle was traced to a foreigner and was asked (along with the driver) to appear in front of the LTO Intelligence and Investigation Division (IID) today, October 24, 2022, at 10:00 AM. As of this posting, there are no updates from either the LTO or the DOTr.

“We will not tolerate this kind of intrusion into road lanes that were assigned for the exclusive use of specific types of vehicles during the state of national health emergency, which still exists today. The LTO does not and will not condone this wanton disregard for traffic laws so the owner and driver have a lot of explaining to do. We will also make sure that the appropriate penalties are applied so this won’t happen again,” Teofilo Guadiz III, LTO Chief Assistant Secretary Both individuals involved in the Ferrari bus lane incident are to submit their written explanations and why they should not be slapped with an Administrative Case for Disregarding Traffic Sign(s) (Sec. J (2), Title I, DOTC Joint Administrative Order No. 2014-01) as well as why the driver’s license should not be suspended or revoked following a case of Improper Person to Operate a Motor Vehicle as per Sec. 27(a) or Republic Act 4136.

The LTO has reiterated that their failure to submit their documents or any reply is tantamount to the surrendering of their right to be heard and their case will be deliberated on and a verdict passed according to the evidence currently being held by LTO IID. 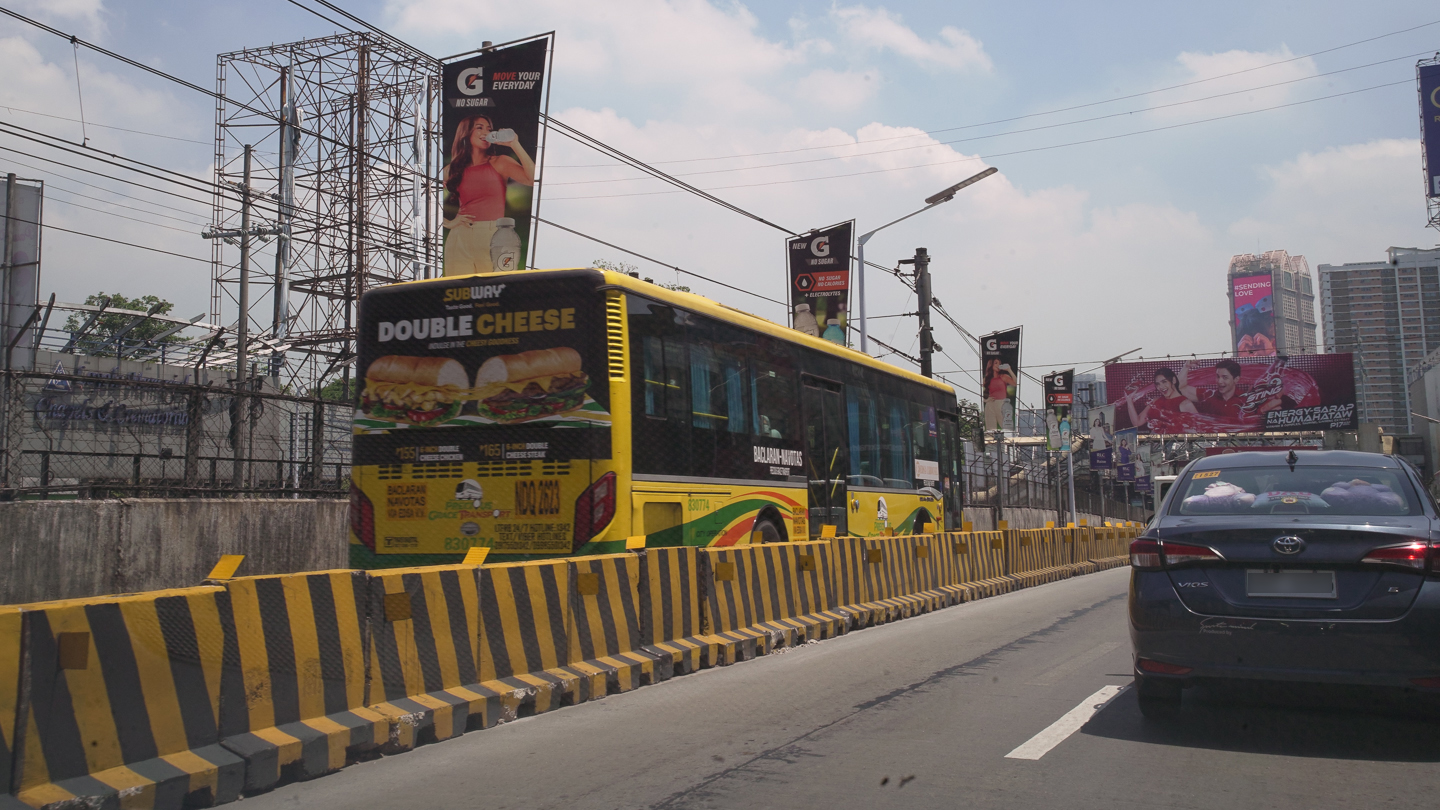 Whether we like it or not, the EDSA bus lane will be here to stay for what seems to be the foreseeable future. It’s pretty simple: follow traffic laws and you’ll be just fine. Owner-type or Ferrari, we are all bound by laws to ensure order and safety, and if you think that you have a good enough reason to break them, then stand and be heard, good sirs. If not, you know what’s coming.

But before we move forward, isn’t that another luxury-looking vehicle in front of the Ferrari on the bus lane? We could be mistaken, of course, but if we’re not, we wonder if it was illegally on the bus lane, and if it was, was it summoned, too?

MMDA to implement 11am-11pm mall hours for 2022 holiday season, sales during weekdays to be prohibited

Maxus definitely feeling the holiday spirit with discounts on the V80, G50, G10