Any sense of national pride is good, after all, it gives us so much satisfaction to say “Gawang Pinoy”. Lycan Motorcycles, Inc. is a proudly Filipino-made motorcycle brand that launched last December. Now Lycan has just showcased their latest prototype concept model aptly called the Challenger 1. According to Lycan, the Challenger 1 is a sports bike type that features a futuristic design which they say is a peek into the future of motorcycle designs.

Lycan further added that the Challenger 1 is the best representation of what the company is all about – challenging the norm in an attempt to break the status quo of how Filipinos acquire, ride, and experience motorcycles. Its design breaks free from what typical sports bikes look like, akin to its design to a more conceptual approach but with the intent to have it produced for the roads with the goal of giving its riders a unique feel of what being a challenger is all about – an eye-batting personality that people will either admire or resist. In terms of technological features, the Challenger 1 is expected to have the basic and standard motorcycle features from a fuel-injection system to an ABS system and various riding modes. But on a more advanced level, the Challenger 1 will be equipped with Lycan’s proprietary patent-pending Lycan Motorcycle Operating System (LmOS) which acts as the motorcycle’s A.I. brain, and the Lycan Unified Network Assistant (LUNA A.I.) which acts as the digital voice and persona, similar to Apple’s Siri and Amazon’s Alexa where riders can talk to the motorcycle to run and execute commands such as motorcycle diagnostics, hands-free calling, navigation, and many more. 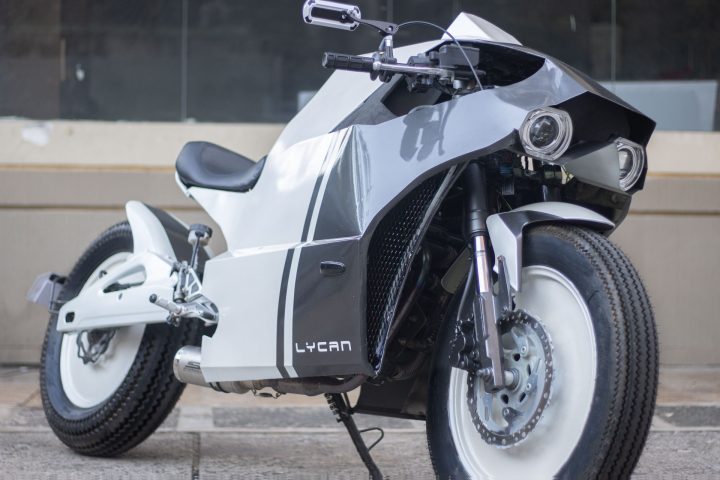 Lycan is quick to point out that this is style a prototype, but will soon enter the production phase, they are targeting production by around the 3rd quarter of 2022. Lycan says the Challenger 1 is also expected to be an expressway legal motorcycle, with target prices of PHP 189,999 with a reservation for PHP 9,950 for its 400cc variant and PHP 298,999 with a reservation of PHP 19,850 for its 650cc variant. Just to add even more excitement Lycan also says that an all-electric version will be announced soon.