The MMDA under its Task Force Special Operations head Col. Edison “Bong” Nebrija has been very consistent in ridding roadways of illegally parked vehicles. Normally we see them towing vehicles away from interior roads, but this particular scenario really takes the cake. If you frequent the West Service Road of NLEX, you might have noticed parked vehicles there.

How is this possible? The slots were purchased (more like rented, by the looks of it) by the vehicle owners. Who sold them? None other than the Barangay itself. Wait, what?

The Philippine traffic management scene has had some odd and weird cases, but this might be the first of, if not the only one of its kind that the MMDA has been quick to address (thus far). According to Nebrija’s post on his Social Media Account, a complaint was filed via the 8888 Hotline, and it was regarding what seemed to be a “personalized (“parang“) private garage” right along NLEX West Service Road in the vicinity of Caloocan. 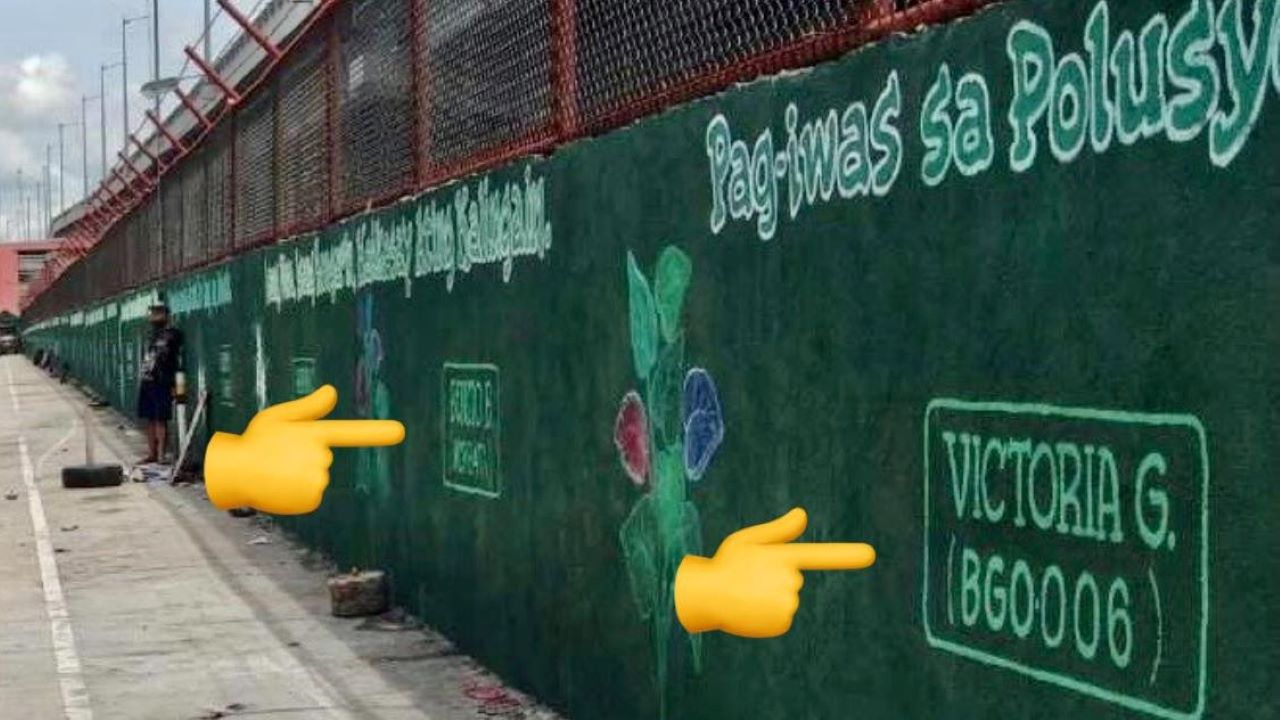 As you can see in the photo, the Barangay really seems to have gone to extreme lengths to “beautify” the parking slot owners’, well, parking slot by painting their names and what might be the vehicle’s plate number. This was all possible after a payment of PHP 1,000 for which an acknowledgment receipt would be given to the vehicle owner who at this point will unknowingly park their car in an illegal area. Some LGUs might have defined areas where vehicles can legally park. In this case, though, as MMDA’s Nebrija confirmed with the Barangay Captain if this scheme is included in or covered by a City Council Resolution, it seems that it is not.

See also  What exactly is covered by the "No Garage, No Registration" Act, AKA House Bill No. 31

For everyone’s information, we have Col. Nebrija’s post here as well: 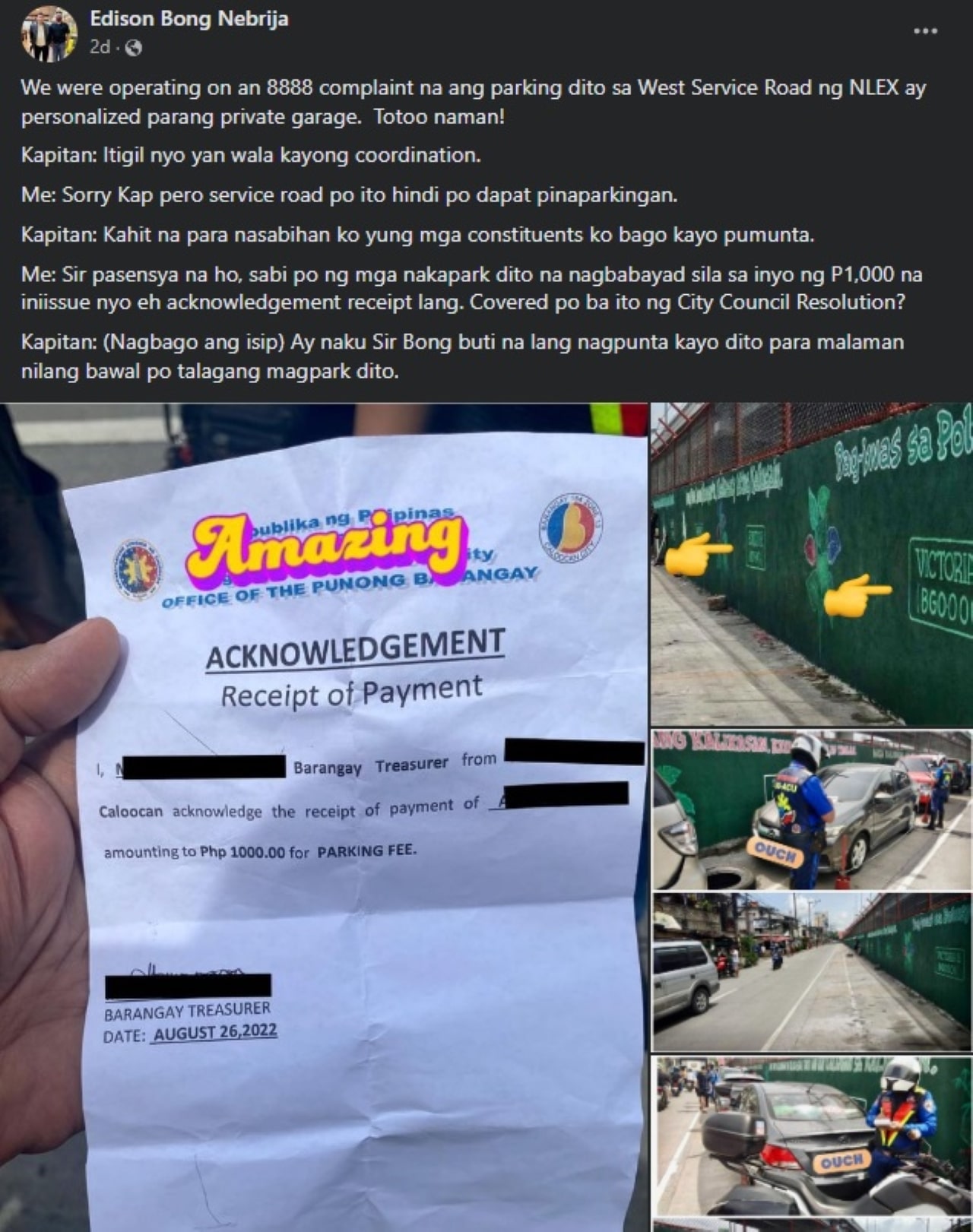 There’s no further information given if the vehicles were towed, but if the photos are anything to go by, violation tickets might have been given out by the MMDA enforcers. At this point, one can’t help but wonder why the Captain had a sudden change of heart once he was implicated in this activity, and where all that money went. PHP 1,000 isn’t a small sum, and with what looks like a good number of “parking slots sold”, the proceeds must have been significant. But we’ll just leave that to the imagination.

Ultimately, we have two main takeaways from this story. First is that we can find some degree of peace and pride knowing that there are still a lot of elements that are on the right side of the law such as the MMDA TFSO, and second, we have to make sure that anything and everything we deal with truly is legal. Just because we’re dealing with the “government” does not mean we are dealing with people who are 100% on the legal side of the tape.

Oh, there’s the third takeaway, too, and that’s the fact that 8888 apparently works! Does anyone here want to try it and call out some, err, unscrupulous acts and individuals? That should be interesting.

Bike lanes around your school? Residents of Metro Manila can now conveniently check on that