The Philippine government, through the Department of Finance (DOF), has signed a loan agreement with the Japan International Cooperation Agency (JICA) for the country’s North-South Commuter Railway (NSCR) Extension Project.

Department of Finance Secretary Carlos Dominguez and JICA Director General Shigenori Ogawa led the signing of the first tranche of the loan agreement and was witnessed by the Minister of the Embassy of Japan Atsushi Kuwabara, DOTr Undersecretary for Railways TJ Batan, PNR General Manager Junn Magno and other government officials. 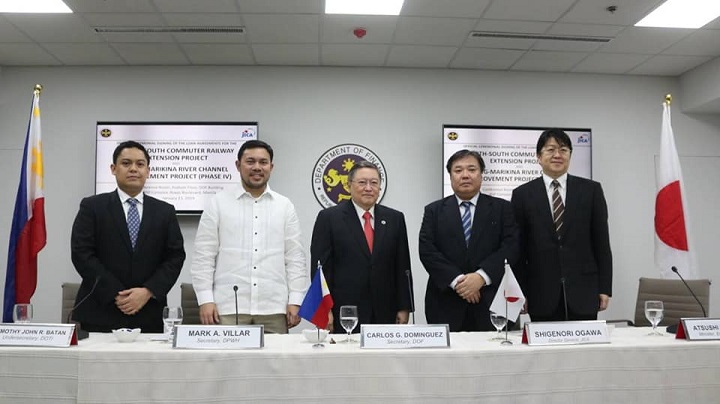 According to the agreement, the Japanese Official Development Assistance (ODA) loan amounting to 167.199 billion Yen will finance the consulting services, rolling stocks, and electro-mechanical portions of the project. The NSCR Extension Project will also be co-financed by the Asian Development Bank (ADB) to fund civil works.

The NSCR Extension Project is part of the 147-km. NSCR System Project which was approved last 15 November 2018 by the Board of the National Economic and Development Authority (NEDA). This will integrate the PNR Clark Phase 1 from Tutuban to Malolos, the PNR Clark Phase 2 from Malolos to Clark International Airport, and the PNR Calamba from Solis to Calamba.

In addition to the NSCR Extension Project, a loan was also extended for the Pasig-Marikina River Channel Improvement Project (Phase IV) amounting to 37.905 billion Yen. The objective of the project is to mitigate flood damage in the core of Metro Manila by implementing river channel improvement works and constructing a control gate and other structures on the Pasig-Marikina River, along with non-structural measures.