Zipper lanes seem to have become a go-to for easing traffic flow. There was a time when EDSA had it, and Quezon City has a lot now; just ask those who ply Commonwealth, for one. A new lane has just been opened and it is along Quezon Avenue for vehicles headed Westbound. You’ll want to read this. 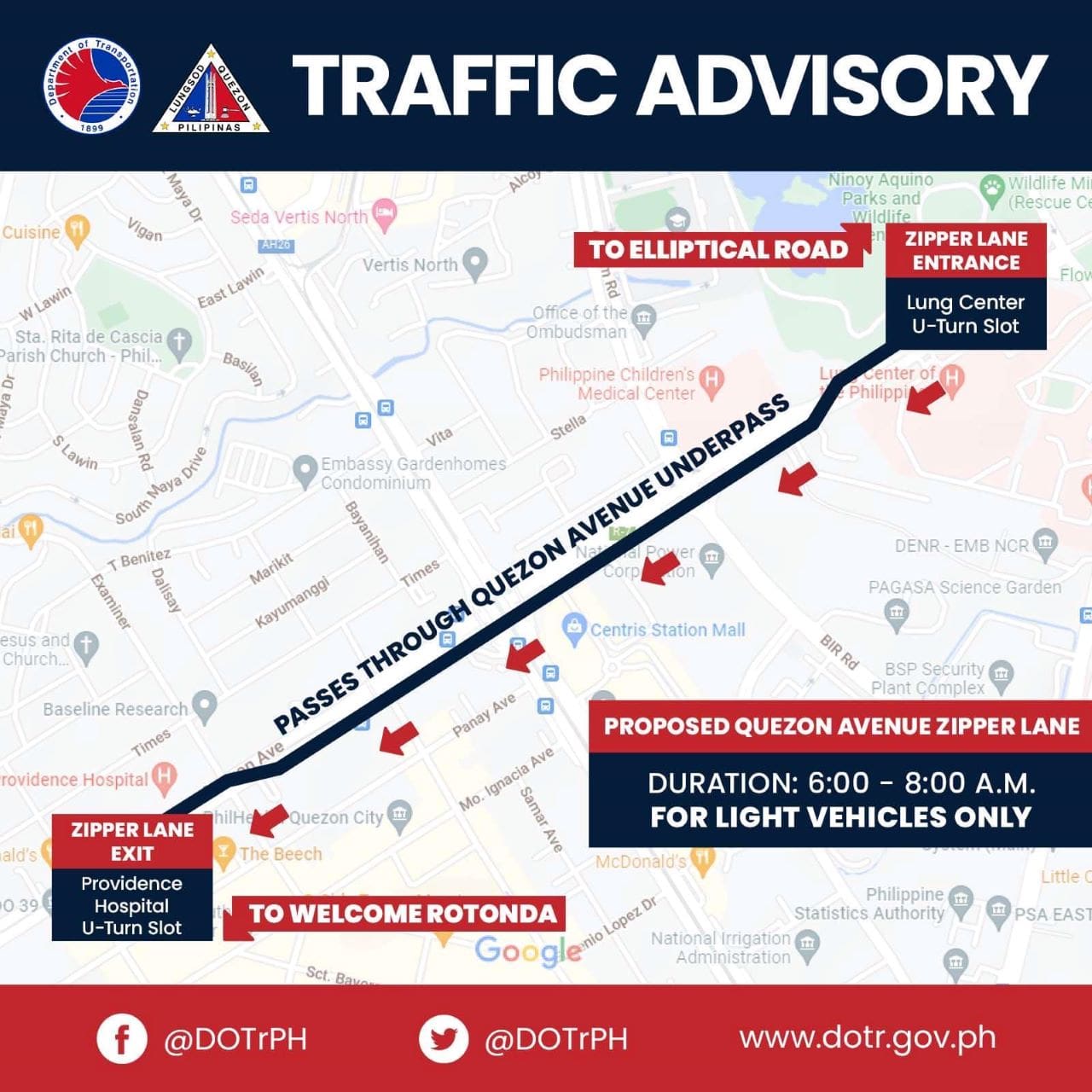 Last Saturday, December 3, the Zipper Lane had a dry run. According to the Quezon City Government, it will observe how the lane impacts traffic flow during rush hour. In contrast, the Department of Transportation (DOTr) announced that the Zipper Lane will (already) be “implemented” along the stretch of Quezon Avenue. Not to cause confusion, but let’s all just rest with the fact that it will be open on weekday morning rush hours. Only light vehicles will be allowed to use the Zipper Lane and coming from Elliptical road, it starts at the slot fronting the Ninoy Aquino Parks and Wildlife Center and across the Lung Center of the Philippines. From there, the counterflow will stretch along and down into the Quezon Avenue-EDSA underpass. 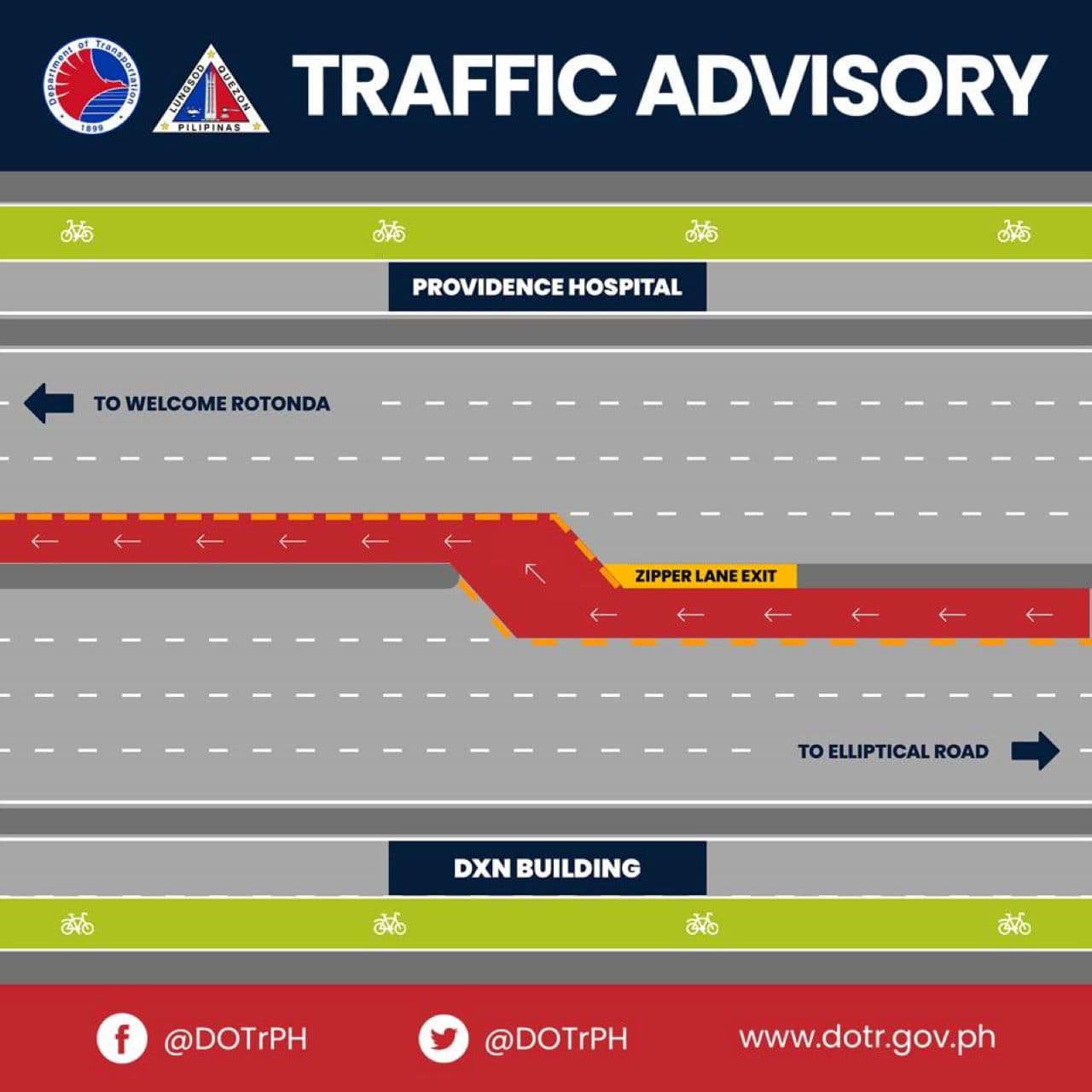 The counterflow will then merge back into the Westbound lane(s) of Quezon Avenue via the slot fronting Providence Hospital and across DXN Building.

The Quezon City Government is advising motorists to follow the directions of the enforcers of the Quezon City Traffic and Transport Management Department (QC TTMD), the MMDA, and the corresponding signage that have been put up.

As mentioned, the implementation and addition of yet another Zipper Lane are to “study the possible effects to the current traffic flow along Elliptical Road and Quezon Avenue as basis for the establishment of the active and public transport infrastructures for the benefit of all road users.”

If there’s one thing we’d like to be done is to effectively manage the merging of traffic into and out of the Zippers. There are times when waiting for your turn to go in or out takes the good part of 8 minutes, and we hope that this can be properly addressed. It’s all still in the “experimental stage”, but truly, everyone just wants effective traffic flow management. So let’s give this a shot and see if it works or not, yes? Yes.

Ford Territory claims 52% of the small SUV segment in PH