Home - News - Partial road closure along Meralco Avenue will be until 2028; here’s a quick list of all PUV routes in the area
News

Partial road closure along Meralco Avenue will be until 2028; here’s a quick list of all PUV routes in the area

Last week we reported a scheduled road closure along Meralco Avenue, specifically the portion of Estancia towards Shaw Boulevard. The routes for private vehicles heading into either Shaw or Meralco Avenue have been laid out in our previous article, but today, we also have the PUV routes around the area.

As added information, the stretch of road will remain closed until 2028, with no specific day and date of reopening indicated by the Department of Transportation (DOTr) in its post.

The road closure is scheduled until 2028. For now, here are all the PUV routes around the area 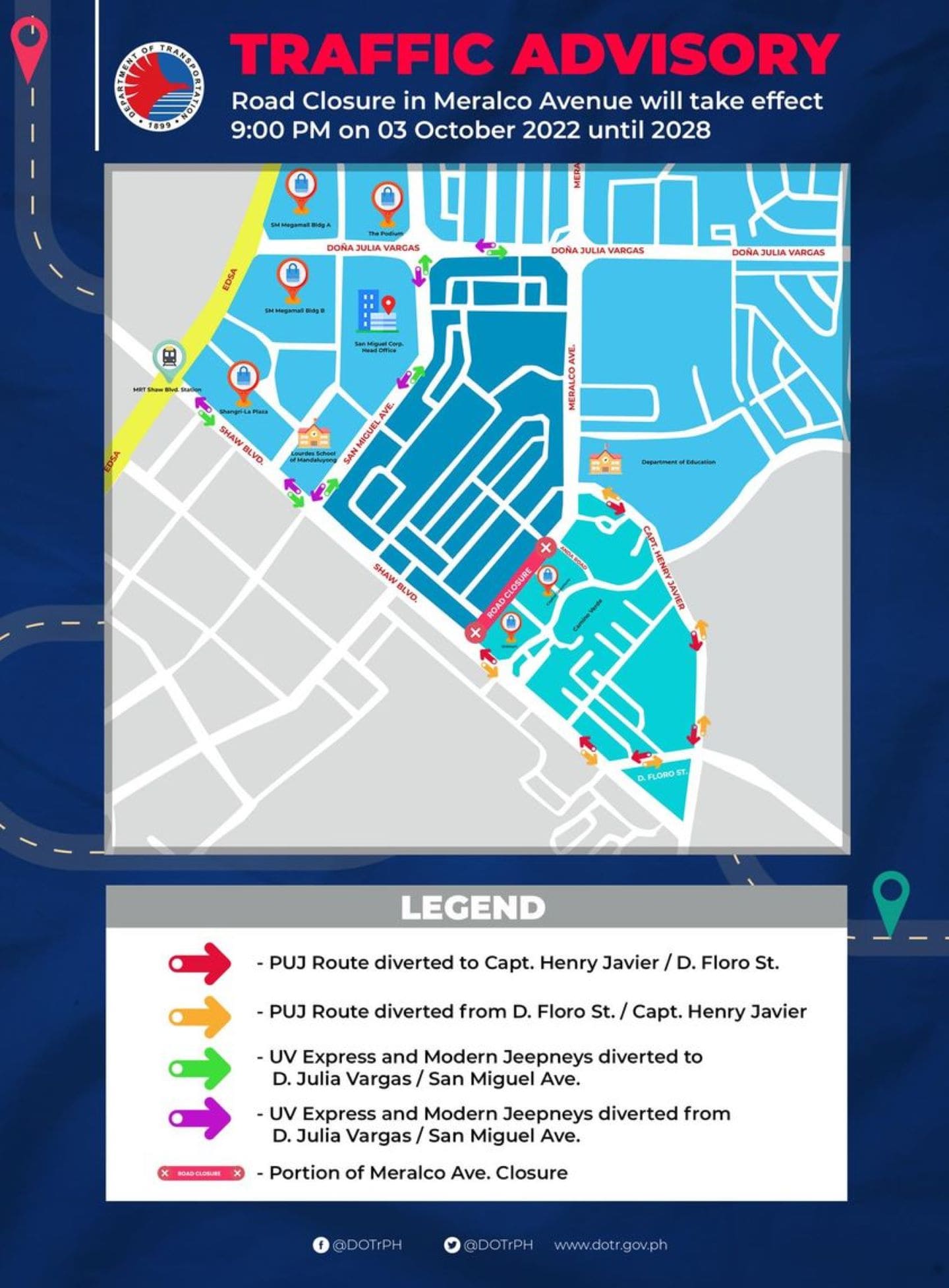 As mentioned, the road closure will start on October 3, 2022. While we previously did not know how long it will take to reopen, the DOTr has mentioned that it will remain closed until (sometime) in 2028. The closure will cover a section fronting Capitol Commons up to the corner of Shaw Boulevard.

PUVs will inevitably be affected by the road closure and a list to guide commuters has been released. Please be guided accordingly:

This 6-year-long road closure is to make way for the construction of the Metro Manila Subway Project’s Shaw Boulevard Station. Meralco Avenue will serve as the project’s access point to the said station. Once completed, the 33-kilometer subway will span across 8 Metro Manila cities, and 3 business districts, and is seen to service up to 370,000 passengers every day. Surely a 6-year wait is short for the greater benefit of the commuting public, and we say this with absolute sincerity.

For the duration of the road closure, the MMDA, LTFRB, and the Pasig and Mandaluyong City governments are advising motorists to take alternate routes in and around the area. 6 years is a long time, so we can expect some changes in these private and public utility vehicle routes to be implemented throughout its course.

Chery launches “The World of Luxury” Roadshow for Tiggo 8 Pro