Four-time Formula One World Champion Sebastian Vettel is back! After missing the first two races of this F1 season, he is set to return to the grid in the Australian Grand Prix. Things didn’t exactly go as planned, though. After what looked to be an engine problem, Seb’s practice run came to an unceremonious halt and so he took the opportunity to have some fun. 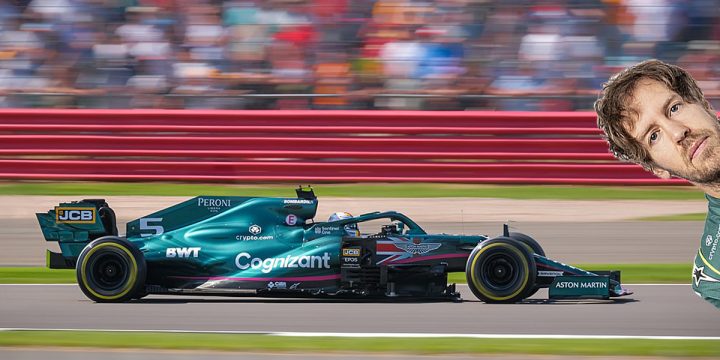 But the sport’s governing body, the FIA, didn’t agree with his measure of enjoyment. Enter the Fun Police.

The FIA has announced that after investigating the Vettel incident, they are putting down a 5,000 Euro fine on the former champ. But what is Vettel so guilty of, anyway? After he doused the back of his Aston Martin, that was Practice over for him and normally, drivers would retire back to the pits. He did go back to the garage, but he did so by hopping on a scooter and driving on the track itself. He was even seen letting go of the handlebars, waving to his fans around the circuit. The look on Seb’s face: all smiles. Again, it was all good fun.

For the Fun Police, this was deemed as “entering the track without permission”, and this is what sparked the investigation. Vettel maintained, though, that it was already the end of the session, that he asked permission, and was allowed by the stewards to drive (on) the scooter himself on his way back.

In a sport where regulations are so rigid and precise, you’d think having a little bit of a good time would be welcomed, right? Sorry, Seb. While we all agree, the Fun Police doesn’t.

Here’s a multi-time F1 champion that’s all raring to go after two missed races, strolled on a bit of bum luck, and just tried to have fun. Come on, FIA, try to cut him some slack. This is Sebastian Vettel we’re talking about here.