Toyota Motor Philippines’ premier motorsports program is making a comeback after taking a break in 2020. Toyota kicks off the 2021 TOYOTA GAZOO Racing Vios Cup with the First leg to start on July 10. 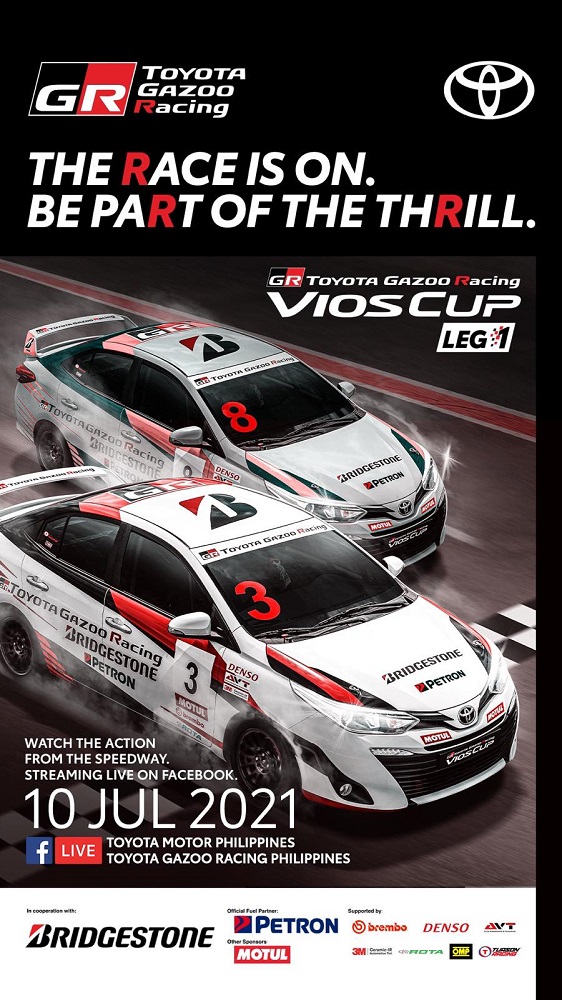 This year’s Vios Cup promises to deliver racing action to more fans as the event goes online with full coverage of the races. While there will be no public spectators at the race venue Clark International Speedway to strictly enforce safety protocols for participants, viewers may watch the event through the Facebook pages of Toyota Motor Philippines and Toyota Gazoo Racing PH. Moreover, fans can also expect games and activities together with their favorite racers.

The Circuit Championship features the classic format, with drivers racing against each other in their respective race classes. Toyota also revealed that the return of the Super Sporting Class in the Circuit Championship marks the comeback of seasoned local racing stars on the Vios Cup track, with 2019 Sporting Class Champion Red Diwa joining the Super Sporting Class this season. In addition, dealer teams Obengers Racing Team, R Racing, and JBT Racing will also be joining the track action this weekend. The Sporting Class and the Promotional Class complete the three (3) race classes for this year, which will be participated in by 24 circuit racers for the first leg. Vios Cup veterans, celebrity racers Daniel Matsunaga, Troy Montero, and Fabio Ide will be returning to the grid, this time in the Promotional Class, racing against other entrants for the Circuit Championship.

See also  MMDA: No final rules for new 2022 Coding yet, no curfew hours 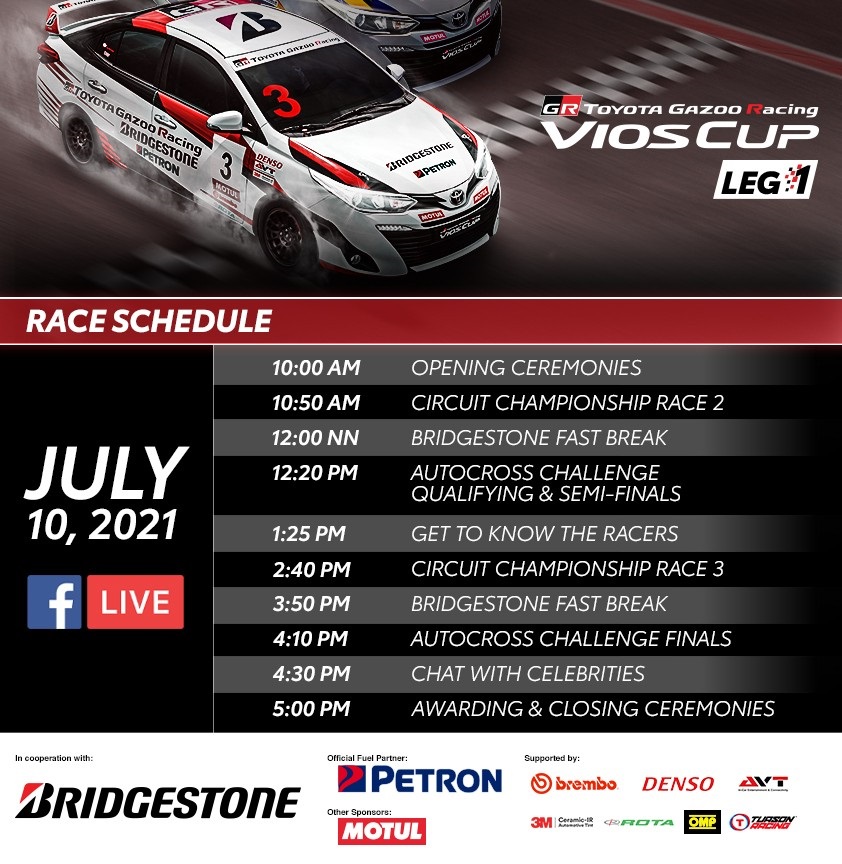 The TOYOTA GAZOO Racing Vios Cup 2021 was organized in partnership with Bridgestone, official fuel partner Petron, supported by Motul. Other sponsors include Brembo, Denso, AVT, 3M, OMP, Tuason Racing, and ROTA. Meanwhile, the next legs of the race will happen on September 11 and November 6.

The event will go live tomorrow, July 10, at 10 AM, through this link.

You may visit the official Toyota Philippines website for more information.