If there’s one certainty about living in the nation’s capital, it’s having to deal with the infamous Metro Manila Traffic. Traffic in the metro has always been one of its biggest problems, and an issue avoided like the plague by most policymakers due to it being a lose-lose situation.

Since the advent of the Covid-19 pandemic, the issue of traffic has taken a backseat to the health and safety of the nation. Until now. 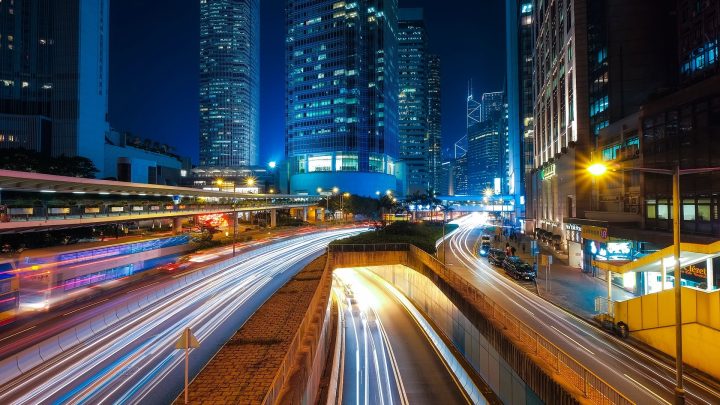 Ever since the country switched to Alert Level 1 classification, the MMDA has been closely monitoring the traffic situation. As more businesses started to open up with more people going back to onsite work, traffic gradually (and inevitably) got worse.

This of course put the MMDA on their heels and they rapidly (and predictably) turned their attention to their favorite solution to fix traffic, the much loved (kidding) Number Coding Scheme.

At first, the MMDA did admit they were studying different ways to help the driving and commuting public from the bane of traffic. There was even a point where they said there might be no need to return to a normal number coding scheme because vehicle volume was lower than expected.

Alas, those days are gone and it seems the Metro Manila traffic plague is back in full effect. This prompted the MMDA to present a slew of proposals that they think will help resolve the situation. Some of the proposals are pretty out of the box, such as 4-day work weeks, and adjusted work hours for the Government agencies.

Those proposals in themselves already raised some eyebrows, but what they recently submitted as a proposal has people up in arms. During a presidential public briefing, MMDA Chairman Romando Artes had a pretty shocking proposal that could take effect on May 1 or May 16.

In this specific proposal, the MMDA aims to reduce vehicular traffic volume by 40% by banning cars on roads TWICE a week as opposed to the current once-a-week scheme.

This did not sit well with the public. The greater majority of us have already become accustomed to the traffic situation in the metro, and an even greater majority know and accept that Number Coding is a fool’s errand that never worked. It was hard enough to come to grips with the one-day-a-week coding, now they want to make it even harder. If that wasn’t enough, to eliminate what they deem as the biggest loophole to coding is a proposal that the MMDA will submit to the LTO wherein they want buyers of brand new cars to have the same number plate endings as older cars already registered under their names.

Now, let’s get something straight. I have strong feelings and reservations about what the MMDA plans and wants to do. However, not wanting to be a babbling, ranting, know-it-all idiot, I instead decided to find out what others thought, and what they believe would be a solution to the traffic problem we face. So yesterday, I posted on our Facebook Page asking that very question and got some really helpful and insightful answers that I wish to highlight in this article. 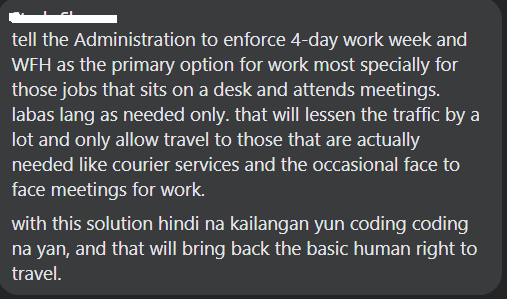 A 4-day work week and Work From Home (WFH) proposal have been floating around the past few weeks, and it seems they’re gaining traction with the public again.

This reader in particular echoes the proposal’s strong points well. Ever since the pandemic, all offices (public and private) have been forced to implement these work arrangements. During the particularly worse times of the pandemic, I, unfortunately, did not have the luxury of working from home, but my daily commute and drive to the office was considerably easier because everyone else was home.

It’s been two years and most people and companies had already grown accustomed to either a shorter onsite work week or a WFH setup. 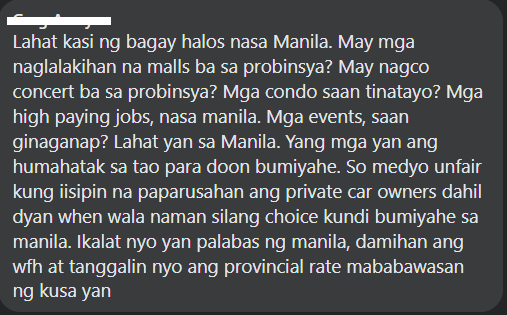 For a long time, the idea of making province life more lucrative has been discussed and suggested as a strong candidate to not only decongest the roads but address the overpopulation of the Metro as well.

It is true though, the “old thinking” that “if you want to live long and prosper, you must do it in the capital” has led to daily, weekly, monthly, and annual influxes of people from the provinces in search of success in the “promised land”. In return, what we get is a very crowded nation’s capital. The increase in people living in Metro Manila has overworked our (outdated) public transportation networks, to the point that people are buying cars, which has contributed to the already problematic traffic system.

It’s simple according to our readers: if there is a collective effort to properly increase the viability of living and succeeding in the provinces, more people are likely to stay there. 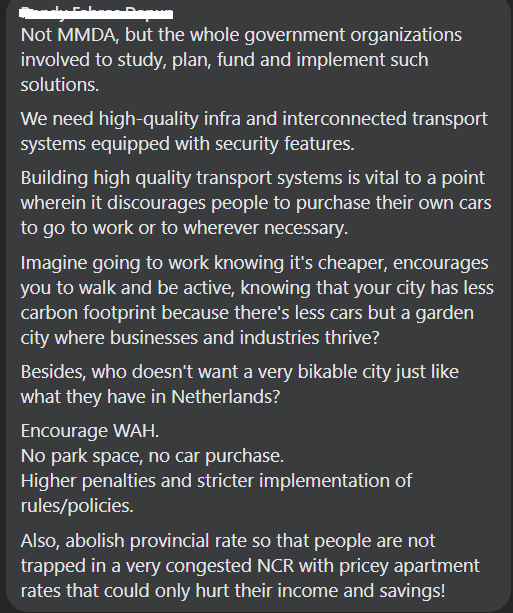 This last suggestion piqued my interest the most because it’s what I believe is the biggest factor in our never-ending traffic woes and half-baked attempts to address them. The lack of (true) inter-agency collaboration has been the biggest hurdle, the transportation sectors are seemingly content coming up with their own schemes without much consultation with each other.

Could it be they wouldn’t want to be associated with failure? But wouldn’t the chances of a carefully and collaboratively planned solution have less chance of failure?

Next, in terms of public transportation, it needs to be pointed out that the government has been doing its best to update and create more options. We have a subway project, a revamped MRT-3 line, the common station, the EDSA busway carousel, and so on.

However, patience is required as these projects are either under construction or in their infancy stage. Again better planning between the agencies is needed to avoid massive inconveniences such as the recent “Holy Week debacle”. The MRT-3 line announced that they would be stopping operations during the holiday break for maintenance, that’s valid, right? gotta keep the trains in tip-top shape.

Well what they didn’t account for was the droves of people who needed to get across the city, so without the VITAL service of the MRT-3, the EDSA busway carousel line was longer than the train tracks they wish were operating at the time. Proper coordination and planning are all that was needed to avoid that.

That may be the question you’re asking yourself now, what now? well, it’s simple. The fact of the matter is, there is no one solution to end the traffic problem, in short, it will take more than just inconveniencing the greater majority with hair-brained number coding schemes that will make it much worse than actually make it better.

Yes, with the impending doom of the 2-day number coding will SURELY reduce the traffic volume, Well duh. At what cost though? All we ask is that the voices and opinions of the people be taken into account before any rash decision is made.

Again, the people have spoken, and no they don’t agree with the current game plan. Time to regroup, not just the MMDA but the whole transport sector.

Angkas to launch own motorcycle ambulance service in 2019