Ask any motorsport enthusiast about their transmission of choice, and most will say they’d take a stick any day. Imagine when the Toyota GR Supra came out with a slushbox. A legendary car such as that and you only have two pedals? What a travesty. There’s also the adage “ask and you shall receive”, and vox populi may have finally been heard. 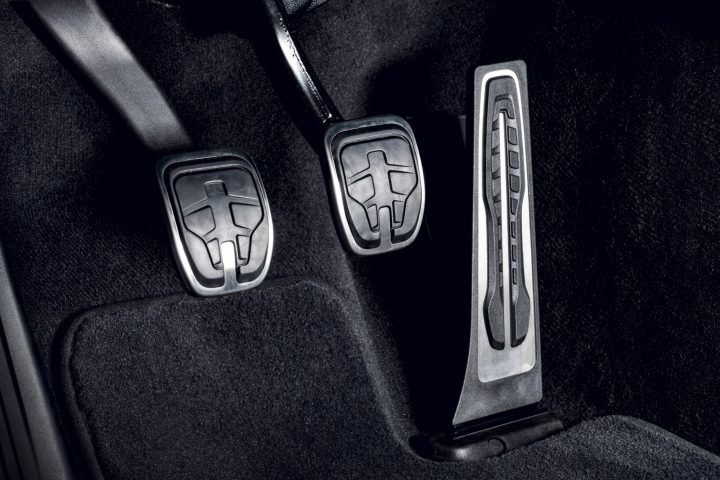 The 2023 Toyota GR Supra will finally get a manual transmission! A few years ago, Supra Chief Engineer Tetsuya Tada hinted at the possibility of the car getting a stick shift, but that’s only if there is a real and strong demand. Seeing as it’s in the works, that must be pretty real and strong. Speculations can now be put to rest as the manual transmission GR Supra has been confirmed by Toyota.

Two press shots have been released. The first is the only physical sign (for now) that the GR Supra you see is of the stick variant: the Supra badge is colored red. The other is the most obvious giveaway: a picture of the foot well with three pedals. Take that in, breathe, and say that again. “Three pedals” on a Supra. Oh, joy!

Being a clone of the BMW Z4 which has already been given a manual option, you’d think that Toyota will simply do a transplant, right? Okay, time to get excited because the Japanese manufacturer said that it will be an “all-new” transmission. Tada-San might actually have some JDM magic being sprinkled into the gearbox, and that should be something to wait for.

Here’s a more important question, though. There are two variants of the Toyota GR Supra; one is a 2.0-Liter inline-4 and the other is a 3.0-Liter inline-6. Rumors are that the new manual transmission might only be offered on the more powerful and more expensive model. Historically, a manual transmission on the same car will always be priced lower, but of course “lower” is a relative term.

See also  Free Bike Lessons Are Back In Pasig On Independence Day, June 12, 2022

Along with other GR models, we do have the 3.0-Liter Supra available in the Philippines, but for now, it seems we won’t be getting the manual option. Well, at least not yet. Regardless, this is exciting news because this proves that Toyota listens. The Toyota GR Supra has sold fairly well in the country, and there’s enough clamor, there may be a fighting chance that a stick-driven Supra makes its way here.

So go ahead, Supra fans in the Philippines. Make some noise, and rejoice! The manual GR Supra cometh!

5 signs that it's time to replace your car battery