The Felicity Ace ship, which is currently floating along off the coast of the Azores islands in Portugal, is still on fire according to officials. It was reported that the ship is carrying an estimated 4,000 cars from luxury car makers Porsche, Audi and Bentley. So far only Porsche has confirmed that it had 1,100 cars onboard. 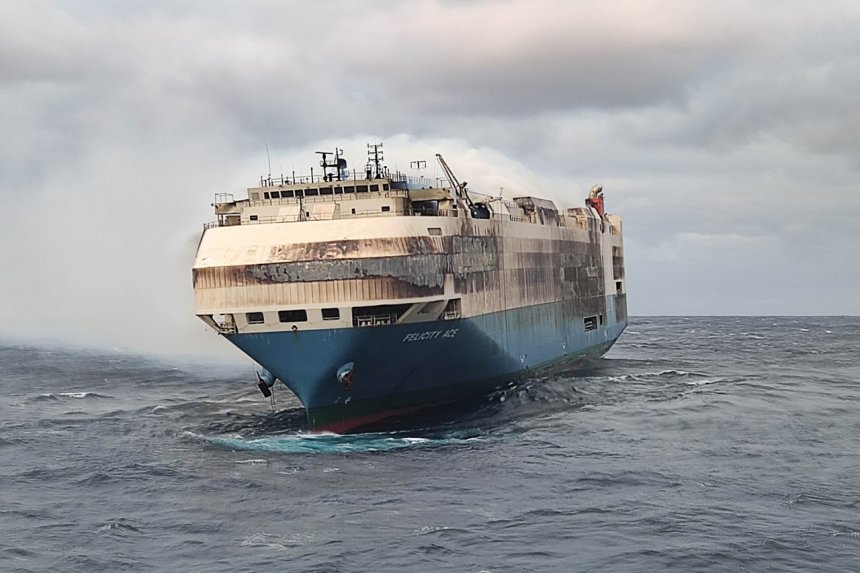 The latest update on the situation isn’t a good one,  firefighters are still struggling with putting out the fire that started onboard, making a realistic timeline on when they will succeed unclear.

João Mendes Cabeças, the captain of the nearest port in the Azorean Island of Faial, told reporters that “The intervention (to put out the fire) needs to be done slowly”, adding further that “It will take awhile”.

Its been reported that some of the vehicles on the ship have Lithium-ion batteries, which are apparently the culprits of keeping the blaze going. Cabeças did say however that the specialist equipment needed to deal with the fires are on the way. It must be noted though that it is still unclear if it was the Lithium-ion batteries that started the fire in the first place.

See also  Ford EcoSport 2019: The Almost-Perfect Crossover for the Philippines

Right now, the fires are being tackled from the outside by cooling down the ships structure as its still deemed too dangerous to go onboard. The team dealing with the fire are also being wary of adding too much water weight as it might make the ship too unstable

Volkswagen, the company that owns the brands of the vehicles on the ship have not yet officially confirmed the total number of cars that were loaded, and Mitsui O.S.K Lines Ltd. have yet to respond to requests for a comment.