About a decade ago, I expressed my interest (more like desperation) to finally learn how to drive. However, since I was too young to take formal lessons, I was brought to an empty cemetery that my relatives owned and handed the keys to my uncle’s bright neon green Chinese hatchback (I leave you to speculate the exact model). 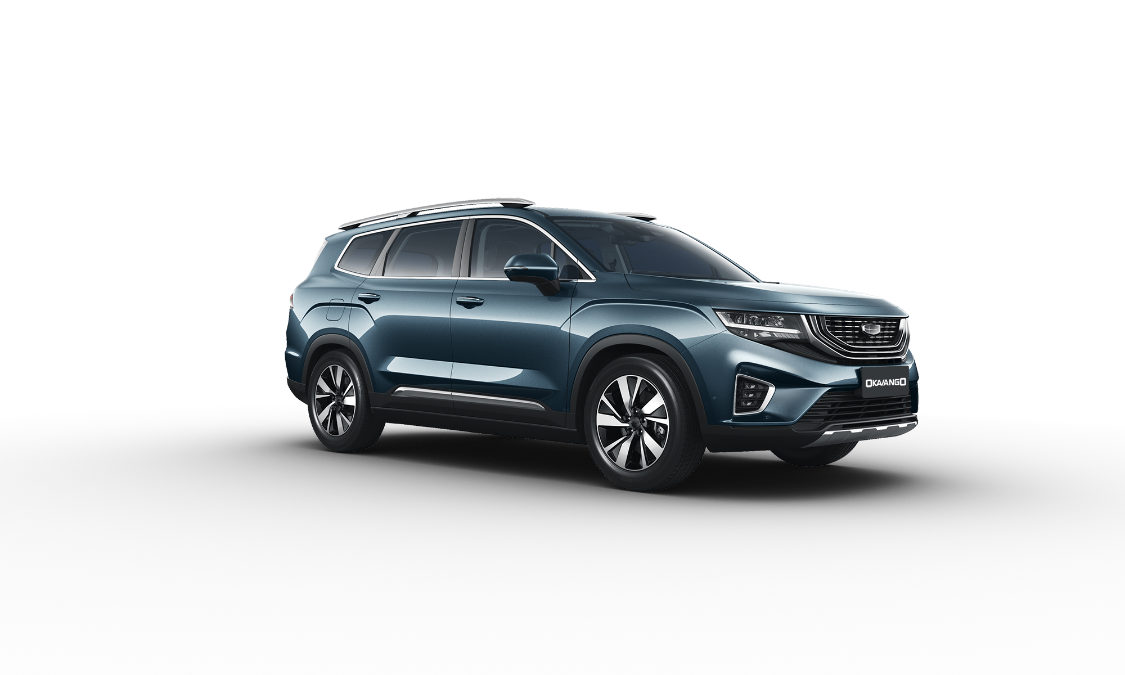 Yes, the car that “popped my cherry” was a manual car from China, particularly a car that was one of the first to make a sort of successful foray into the Philippine market. I spent the afternoon trying to come to grips with making “timpla” the clutch and the gas pedal, In fairness, as a (very) basic mode of transportation it wasn’t so bad, it had everything you could possibly need.

Things seemed fine up until we ventured home – the road outside the entrance of the cemetery was barely a road, we attempted to avoid deep potholes (that were more like craters on the moon). What happened next basically summed up what “China Car” quality was before, after bottoming out on a deep pothole, the car shut off and refused to start back up again, it was as if it literally died.

My uncle had the car towed and brought to the dealership for further inspection, I recall him telling me afterward that a plug had been knocked out of its socket underneath the car and was responsible for its refusal to start. He even mentioned that he spoke to his then-boss about the incident, his boss had this to say “You should’ve just pushed it off a cliff, it’s so cheap we can buy more anyway”.

That whole experience for sure wasn’t isolated to just me and my uncle, while there was a time when there were a lot of Chinese cars on the road it’s because they were cheap…like dirt cheap. Eventually, though, the prices weren’t enough to keep these initial product offerings on the road, the lack of quality and reliability hassled consumers which led to the eventual demise of numerous brands.

In the past couple of years though, Chinese automakers have come back with a vengeance, hell-bent on erasing our preconceptions about their products. Brands such as MG, Geely, and GAC have moved the needle forward in making us Filipinos spend our hard-earned pesos on their cars, by upping their game in terms of offering more standard features than the Japanese and Korean brands. This was also in line with them claiming their products are now up to par in terms of global quality standards.

The resurgence of these brands coincided with my entrance into the automotive media world, and I was very fortunate to have experienced them on a very hands-on level. For the purpose of this article, I’m going to prove my point by highlighting the brands and specific cars that I myself have driven and spent a lot of time with.

GAC was the very first brand that had lent me their cars, locally they’re distributed by Legado Motors, a group led by a famously revered (and feared) politician and businessman, Luis “Chavit” Singson. Knowing his reputation, for sure Mr. Singson wouldn’t attach his name and his reputation to a sub-par brand, and in this instance he struck gold.

You see, GAC not only makes their own cars but also has partnerships with Honda, Mitsubishi, and Toyota to be in charge of producing their cars for the local Chinese market (as mandated by Chinese Law). By partnering up with major Japanese brands, GAC was exposed to the famous and ever lasting quality that the Japanese automakers are known for.

Suffice it to say GAC did their homework well, all of the cars GAC have lent me are very good cars in their own right. These include the GS4, GS3, GS8, GN8, and my favorite of them all the GA4 sedan. I will stake my own name and reputation on the line by saying GAC’s cars are almost spotless in terms of quality, design, performance and reliability.

There was even a time when (in the publication I used to work for) we had a GA4 sedan on a long-term review basis. In its first year, we used the GA4 on a daily as a personal mode of transport and support/camera car for video reviews. Not to mention it exchanged hands numerous times, never once putting a foot wrong.

GAC was the brand that made me take an interest and admit to myself that “China Cars” have come a long way, and this time are here to stay.

Before MG enjoyed the success it now has locally, it had an err…”strange” entrance. A few years ago, it attempted to enter the market by opening a dealership along EDSA. At first, it seemed like a genuine attempt, but then their social media posts were very, uhm, “unique” so to speak. The general brand message the previous distributors wanted to convey was that MG’s cars were for young people, and old people can go take a hike.

Obviously, they didn’t last very long and the rights to distribute MG cars was awarded to veteran distributors The Covenant Car Company, Inc. (TCCCI) who at the time already sold Volvo and Chevrolet cars. I have to give credit to TCCCI, once they got hold of MG the brand, it skyrocketed in terms of awareness and most importantly sales. 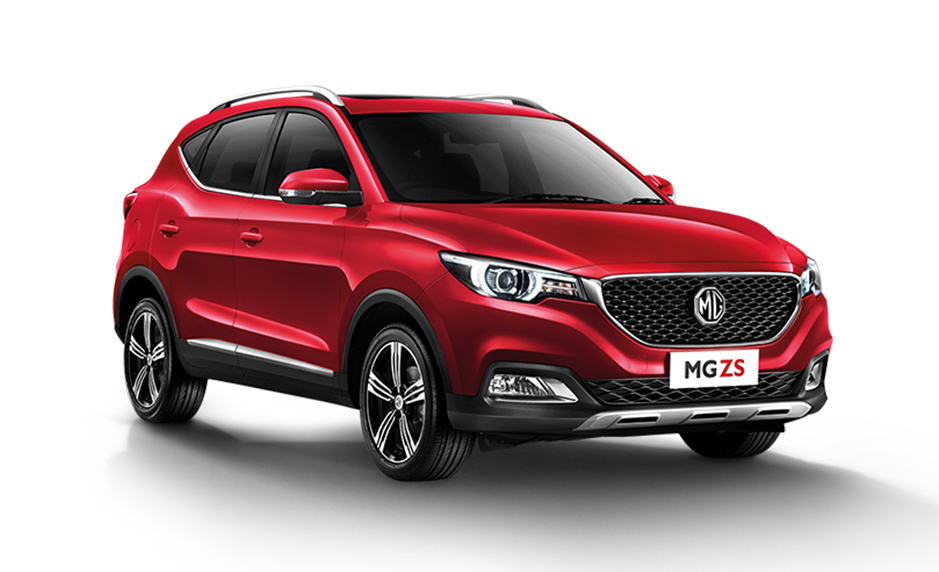 Their most popular offerings the MG ZS crossover and the MG5 sedan are commonplace on our roads today because they provided good looks and a boatload of standard features. The winning formula though was the pricing, the MG ZS crossover severely undercut its rivals, while the MG5 cost is a smidget less than a mid-variant Vios while offering things the Vios didn’t have; such as a sunroof, automatically adjustable driver’s seat, and so on.

MG’s cars are made in partnership with SAIC motor group, a Shanghai-based company who also produce cars for Volkswagen and Maxus that are sold locally as well.

I’ll be honest and say that the time I spent with the MG5 was okay, but not great. I’d like to point out that by the time I drove the media test unit lent to me, a considerable amount of mileage was already logged on the car. However, I experienced some technical difficulties with the infotainment screen of the MG5, while that sounds like a “first world problem” it was exacerbated by the fact that the settings for almost everything in the car were controlled through that screen. Particularly, after connecting my phone via Bluetooth the screen just stopped working, I couldn’t change the temperature of the aircon, I couldn’t do anything really apart from drive. 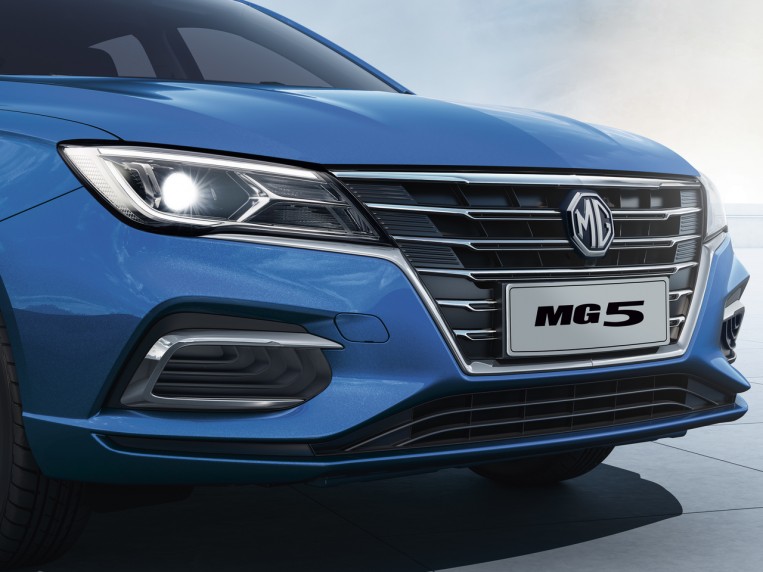 While I have my reservations on MG’s cars, to be honest, they aren’t bad at all (I’m told the bigger MG RX5 crossover and MG6 Sedan have good qualities) They’re not as bad as the “unripe mango colored” car I drove many years ago, they’re just a small step behind in terms of quality. Plus, they’ve introduced new products that at face value seem to have addressed that issue.

Geely is one of the unfortunate brands that ventured into our market all those years ago, at the time they really didn’t make any headway and eventually went away without so much as a whimper. Now though, Geely not only is back but has even succeeded in not only outselling (some of) its Chinese cousins but has also rendered their Japanese and Korean competition to “quaking in their boots”.

The Geely brand is handled by Sojitz, a Japanese company with many years of distribution experience, apart from Geely they also sell Fuso trucks among other things. That in itself already says a lot, for a Japanese company to take charge in the selling of a Chinese brand means they truly believe in what it can offer. Not to mention, Geely is a majority owner of Swedish carmaker Volvo, taking as much as they can learn in terms of European quality, design, and technology.

All of that shows, Geely is no longer an underdog, it’s safe to say they’re fast becoming a major player. Since their return last 2019, the brand has enjoyed healthy sales numbers. Even through the trying times of the COVID-19 pandemic, Geely dealerships are opening up at a rate that would make Mcdonald’s, Jollibee, and Starbucks blush. Just last December, I was at a Geely dealership to pick up a car to review, and my, were they loaded and busy. They had so many cars to release to customers, that the final checks were being done INSIDE the dealership since the service area had run out of space. 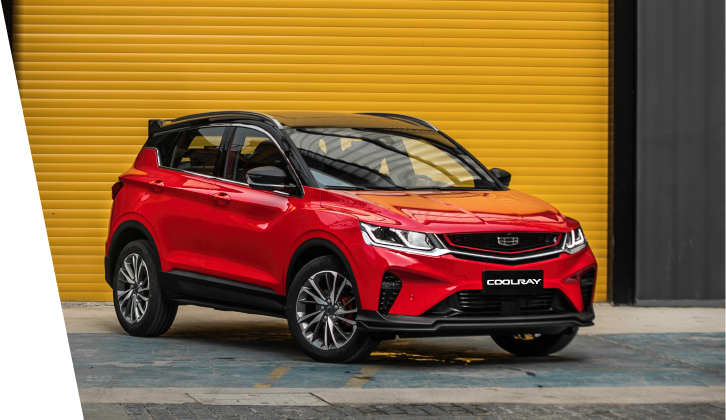 I’ve driven all the cars in Geely’s lineup, the Azkarra, the Okavango, and people’s favorite Coolray, and I have this to say….ready? Geely’s cars are faultless in terms of quality and performance. I struggled to find anything wrong with them without sounding “nitpicky”, and I’m not alone, this seems to be an industry-wide sentiment (I hope am not wrong).

The best part is, they really do offer the best value for money across the board. The Okavango is a loaded, spacious, and more affordable option to the Innova, while the Coolray is a helluva bargain compared to the Corolla Cross.

Only those with prejudices (or bad previous experiences) turn away from Geely’s cars.

I know my opinion will generate a divide, while the brands I mentioned have done as much as they can to change our minds, there are still quite a number of those who harbor strong “anti” feelings. I don’t mean to discredit them, it is their right, I merely want them to open their minds a little more and see that the Chinese cars on offer today no longer make you feel like you were robbed and shortchanged. The growth and speed at which China brands have been operating are crazy, that even the first “adapter” brands are back and are actually selling at a pretty decent rate.

Lastly, such has been the success of these brands locally, that as mentioned earlier, the more established Japanese and Korean brands not only have been put on notice but are already taking action. The sales numbers speak for themselves, MG placed 9th overall in vehicles sales last year with 6,343 sold, and Geely came in at 10th with 6,104 vehicles sold, again that’s 2 Chinese automakers in the top 10, based on 2021 sales alone. (Sales figures source)

It truly is time to accept China cars as not only quality products, but worthy alternatives.