Ever since the Covid-19 pandemic (and lockdown restrictions) eased up at the beginning of the year, work has gone back to “full swing”. Instead of working from home, I (along with most people) have gone back to the office on a regular basis. Also, being in the motoring beat, face-to-face events have also returned and filled up my calendar.

Of course, I was excited and quite “gung ho” at the idea that things were slowly becoming “normal” again. However, as time went by I realized that the hustle and bustle has worn me down ever so slightly.

As most people do, I took a much-needed “R and R” break. While some people chose to go about it alone, I went with my partner (as if I had a choice). Also, as luck would have it, Ford was kind enough to lend me the Ford Territory (in the Titanium trim no less). Itinerary and Driving the Ford Territory

The one thing my partner and I missed most during the lockdown was proper massages. How we have longed for the past 2 years to be able to (safely) have our bodies soothed by the capable hands of trained professionals, to address this need we decided to get ourselves a day spa treatment at the Nurture Wellness Village in Tagaytay. It’s a small “oasis” that not only offers a spa experience but also has a restaurant and even a hotel.

Apart from the massage, I would be able to indulge in two of my other favorite relaxation methods as well; long-distance driving and feasting.

With that set, we left the nation’s capital shortly after the morning rush hour. This was the first time I’ve ever sat (let alone) drive the Ford Territory. I’ve always been curious though because from the moment Ford launched the Territory it had become a massive sales success, I’m glad to report that I finally know why. Let’s start with the fact that the Ford Territory Titanium is one loaded vehicle, not loaded in a weight sense but in terms of features. I couldn’t find a single “blank panel” usually found in other vehicles that indicate a certain feature was removed. I was also happy to see wooden interior trims in the Territory, I know that at some point it got “tacky” but it was a welcome change from the piano black panels commonly found now.

What I also like about the Ford Territory is the design, In its segment, most of its competitors choose to make their offerings as sporty looking as possible. Ford went the other way, the Territory has a more “classy” look, choosing to adopt modernity and luxury into one fine-looking crossover.

I was also happy that Ford made the Territory a true comfortable crossover. The seats are adorned in supple leather, the space inside the interior is massive, and lastly, the overall driving dynamics are tuned for comfort rather than sport. In the city and on the highway the Territory had no sense of urgency, not that it was slow, rather it prefers to “get up to speed” instead of violently speed up. We arrived at Nurture Wellness Village at 11 am for our spa appointment. I have to say that the overall ambiance of the place is very relaxing in itself, it reminds me of the resorts found in other places like Bali, Thailand, and Vietnam. The place is laid out well also, making use of the whole property and not cramping everything into one corner. Apart from the main entrance to the spa and restaurant, also present is a sprawling garden filled where visitors can frolic and take the nature of the surroundings in. We made our way to the villa/hut where the massage was set to take place, and It was everything I expected it to be. The room was dimly lit, smelled of essential oils, and was clean. Our massage was going to be an hour long, which was more than enough to quench our thirst to finally relax our bodies. As refreshed and relaxed as we were after the massage, it also woke up our appetites. We happily sauntered to Farmers Table, the restaurant located within the grounds of Nurture Wellness. Another happy development greeted us as we made our way to the table. The restaurant is “Al fresco”, while there is a structure above to ward off the heat and possible rain, there are very few (to no) walls that block the steady flow of fresh air.

The Farmers Table restaurant prides itself on growing (and using) most of the ingredients used for the dishes. There are even some plots allocated around the property that feature various herbs and spices that are grown on the grounds. For starters, we ordered the deep-fried cauliflower chips, which tasted healthy despite being fried. The main dish I went for was the Seafood Marinara pasta and my partner opted for the Eggs Benedict. A word of advice for those thinking of dining here, their servings are huge. The pasta was easily made for 3 hungry people, and the Eggs Benedict was filling even as a breakfast option.

Rest assured, at Farmers Table you won’t feel short-changed at all. As is often the case after a big meal, the feeling of sleep takes over. We therefore decided that the prudent thing to do before heading back to Manila was to grab a cup of coffee. Luckily for me, my partner is a travel and cafe junkie, so in a matter of minutes, we found a new but picturesque caffeine station.

The place is called the Hillbarn Cafe, which (by another stroke of luck) was a mere 10 minutes away from Nurture Wellness Village. The Hillbarn Cafe is also part of a larger property, Hillbarn is originally an events space that people can use for weddings and such, the cafe is the most recent addition.

Upon arrival, we were greeted by an enthusiastic security guard who not only allowed us to take pictures in the venue but even encouraged it. To be honest, his behavior was warranted, the place is called Hillbarn for a reason, it looks like well… a barn. 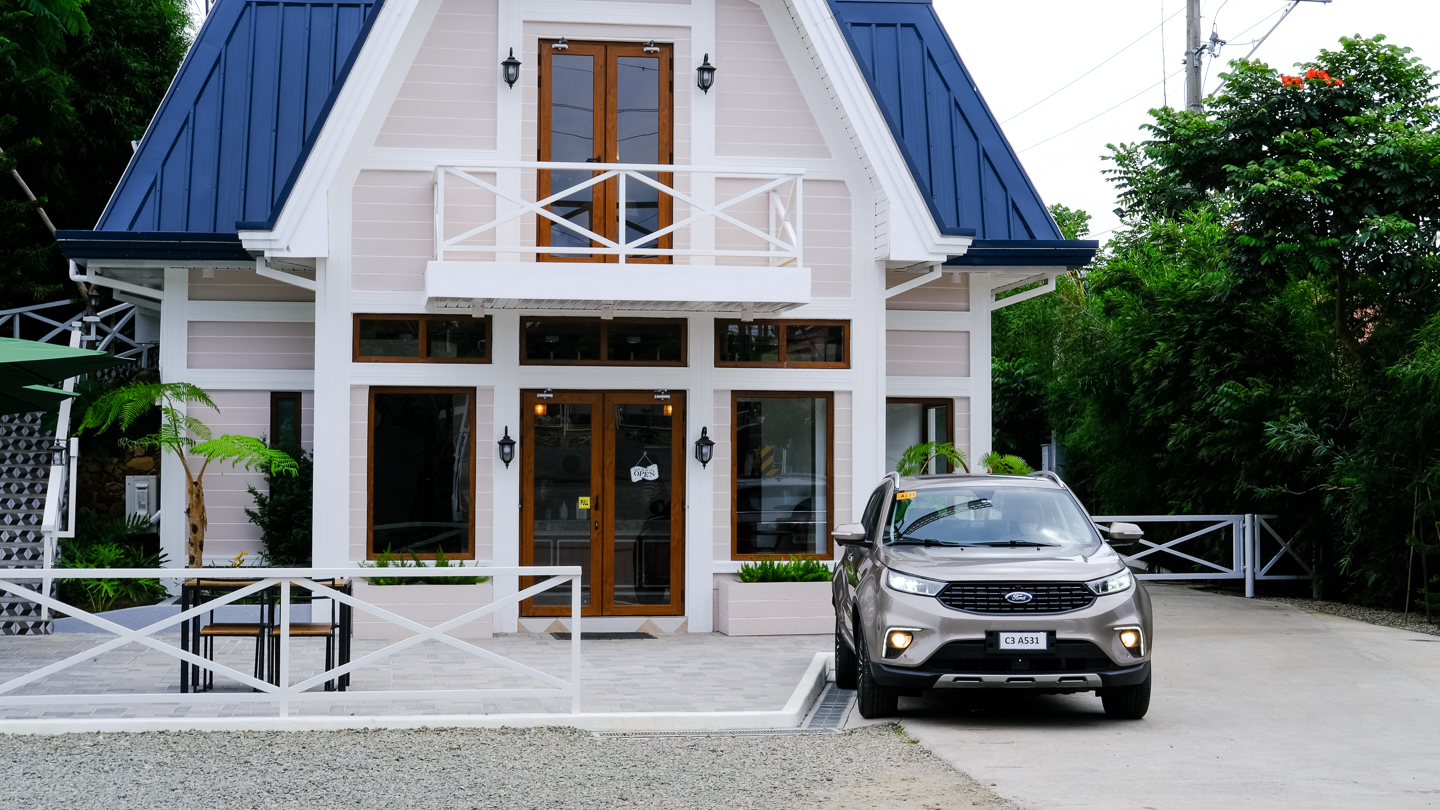 Inside and out the cafe gives a true rural barn feel, but it must be said that it was tastefully done. While the cafe offers a wide range of food, we were there for the coffee. I sampled the Nutella Latte and my partner went for the specialty of the house; the Sky Latte.

It has to be said that my coffee was more than decent sweet but not devoid of the true coffee taste. My partner’s “Sky Latte” though was a little more interesting, it gets the name from the fact that it has layers. The top has whip cream followed by the coffee itself then a blue-ish hue at the bottom.

I myself am not a fan of consuming anything blue, but according to my partner, it was good enough. Now wide awake and energetic, it was time to make our way back home. On the way, though we had to do one last thing, since we were in Tagaytay, we bought herbs in one of the many roadside plant shops littering the national highway. Job done, we finally made the (uninterrupted) journey back to Manila. Reflecting on the day, really made me realize that rest and relaxation are important. No matter what the activity may be, for as long as you’re in your “happy place” and element that’s all that matters.

In my case? I was thankful to have been able to take a break with my most important person. Just to round out the day even more, I was also able to drive the Ford Territory; one of the most relaxed vehicles out there.