Hybrid and electric vehicles have become a lot more attractive as of late.

This week, we were all treated to a fantastic line of 8s across the board. Sadly, the said board is that of fuel prices across the country. If it were a report card, it would’ve been a good thing. Brought on by a lot of civil and economic unrest, the prices of petroleum products have skyrocketed to unprecedented amounts since the start of the year.

So this leads us to the ultimate question: As motor vehicle owners, how can we combat the cost of topping up our tanks? The quick answer is by turning towards alternative sources of power for our cars, and that’s through electricity. Previous surveys have indicated that the Filipino people are actually willing to consider hybrids and electric vehicles (EVs) as their main modes of transportation, but we’ve yet to see more of them around the streets.

A good reason for this is because of their cost, but we’re not here to talk about that. We’re here to, in a way, prepare you, our dear readers, with knowledge about the differences in hybrid and EV technology that we hope our government can help make mainstream for the people. Welcome to Electrification 101: A quick rundown of Hybrid and EVs, and how they work. 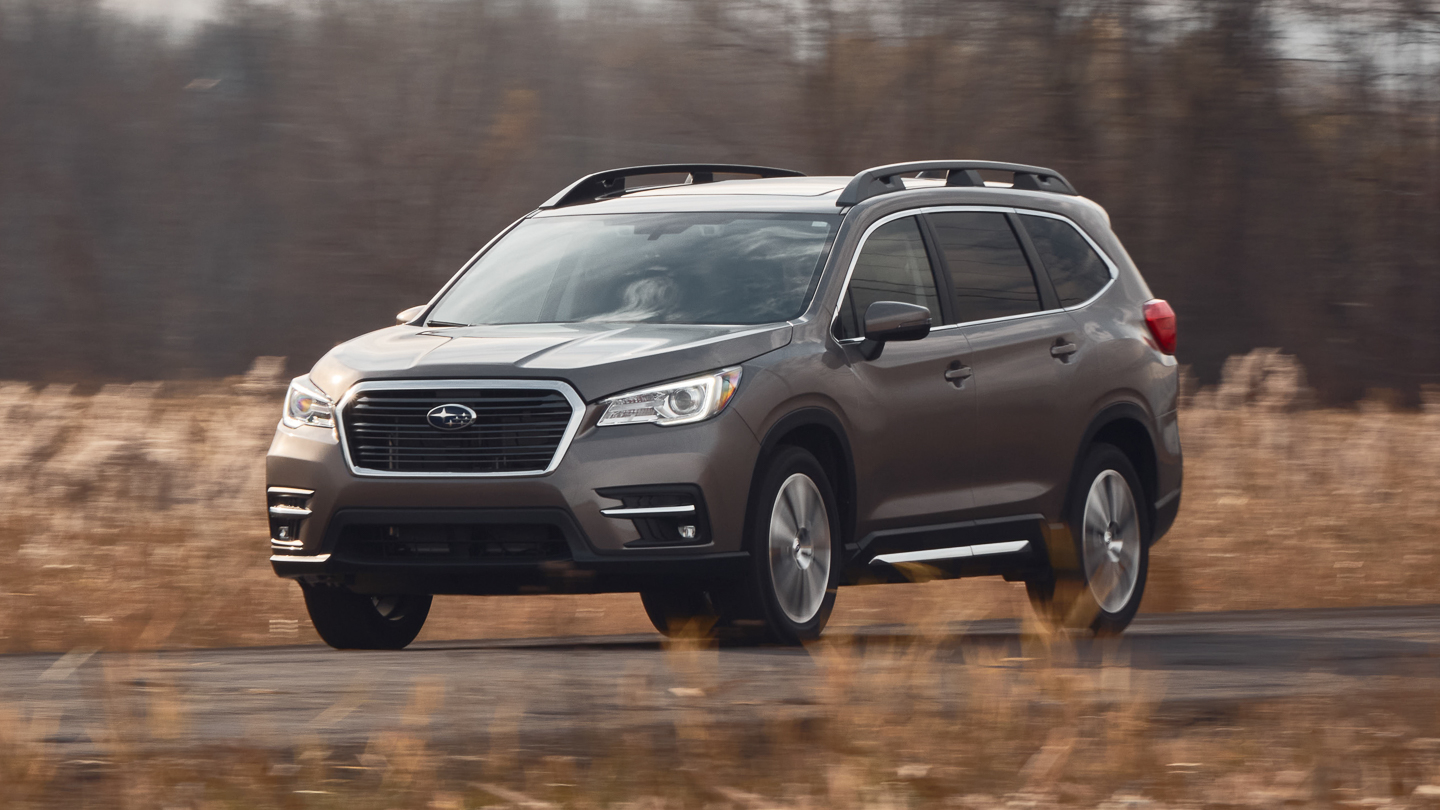 Even as we speak, the Philippines is all about gas or diesel-powered vehicles.

Right now, the only hybrid we usually hear about is for schooling. By (rough) definition, a hybrid is a mix of two different elements. In car speak, it is a vehicle that is powered by either a petrol or diesel engine working with an or several battery-powered electric motors.

As for electric vehicles or EVs, they are driven purely by electric battery power. Recently, SM put up EV charging stations in some of their malls in a bid to help the electrification movement. Using their facilities is free of charge for those who need to juice up their batteries, they’re all in luck if they’re near an SM mall.

Both hybrids and EVs have their pros and cons, and to understand what they are, and to find out what tickles your fancy most, let’s check out how they work. Also known as a “parallel hybrid”, these make use of a combustion engine and electric motors that work simultaneously or independently from each other. The batteries of this type of car have relatively small capacities, and they function mainly to provide additional power to the internal combustion engine or ICE. That added power cuts down the ICE’s need for fuel, and that is what reduces its consumption.

In cases where the electric motors work independently, this is made possible because they are built directly into the drivetrain. This allows vehicles equipped with this technology to run on electric on stately drives and then shift to the ICE when punching it. This typically makes this vehicle the best choice among the different kinds of hybrids. Because their small batteries can quickly be charged to full, and with the ICE usable at any time, this type can bring the most range in the bunch.

The drawback? While it cuts down its carbon footprint, the charging of the cells still depends on the combustion engine. It’s still better than using and burning fuel all the time, though. The Toyota Prius has been at the forefront of hybrids since its introduction in the country, and it’s still very much a viable option along with their expanded electrified lineup. Like the full variety, the mild hybrid also has an ICE and an electric motor that does the work. The difference, though, is that they cannot work independently of each other. What the smaller motor does is that it helps power the engine directly during acceleration and when cruising. Normally, it’s through the use of a belt alternator starter. Energy is recouped during braking and that’s what charges the batteries.

The range of this type isn’t going to be stellar. Since both power sources work “at the same time” if the ICE konks out, then the only power source for the electric motor is gone, too. But that’s not to say they’re not reliable of course. It’s also the cheapest and the gateway into hybrid ownership, so it’s still really worth consideration. The Geely Okavango is one such specimen, and it comes with a lot of people and cargo space to boot. 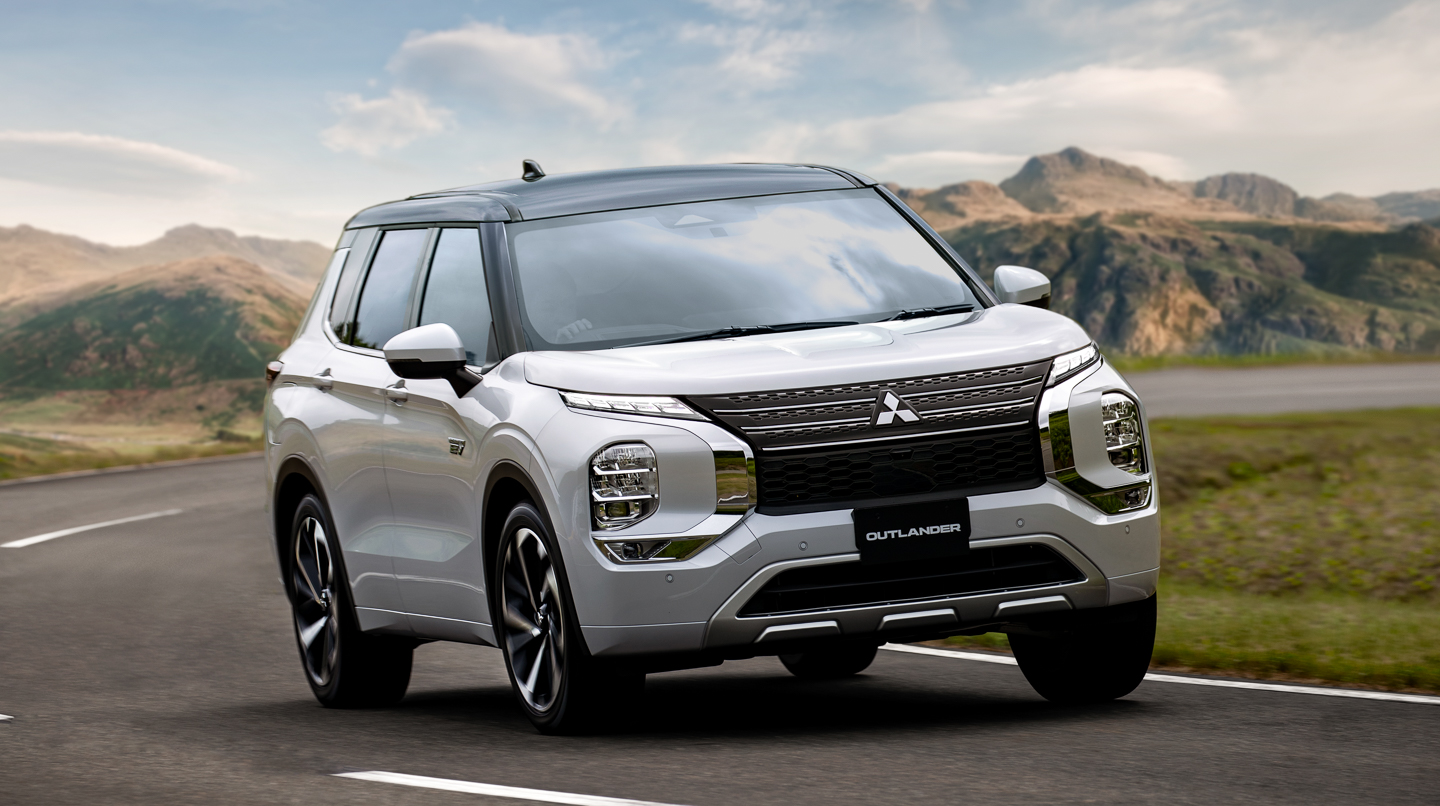 If the ICE+Electric Motor-powered vehicle can be charged via a special outlet that you plug into, then that is a plug-in hybrid (PHEV). Of all the hybrids, this type (usually) houses the largest-capacity batteries in the lot. If you charge your batteries overnight, your travel can start purely on the electric motor alone without having to use any fuel. Of course, that’s if your travel distance is covered by the batteries’ range.

If you run out of power or if the cells need charging, then the ICE kicks in like a normal hybrid. This brings the PHEV in as the most similar to a full EV. Realistically, the main hurdle we have in the Philippines is the lack of proper charging stations, so for anyone who might not charge as much as they should, we understand.

The caveat to making the most out of a PHEV is to make sure that it’s charged as much as possible so owners can run on electricity as long and as far as possible. Concerns about charging to a minimum have come up since the introduction of this technology, and people must be made to understand that that negates the option of not using the ICE to power a vehicle.

Now you know, too. So if a PHEV is something you’d consider owning, then the Mitsubishi Outlander may be a pretty good choice. 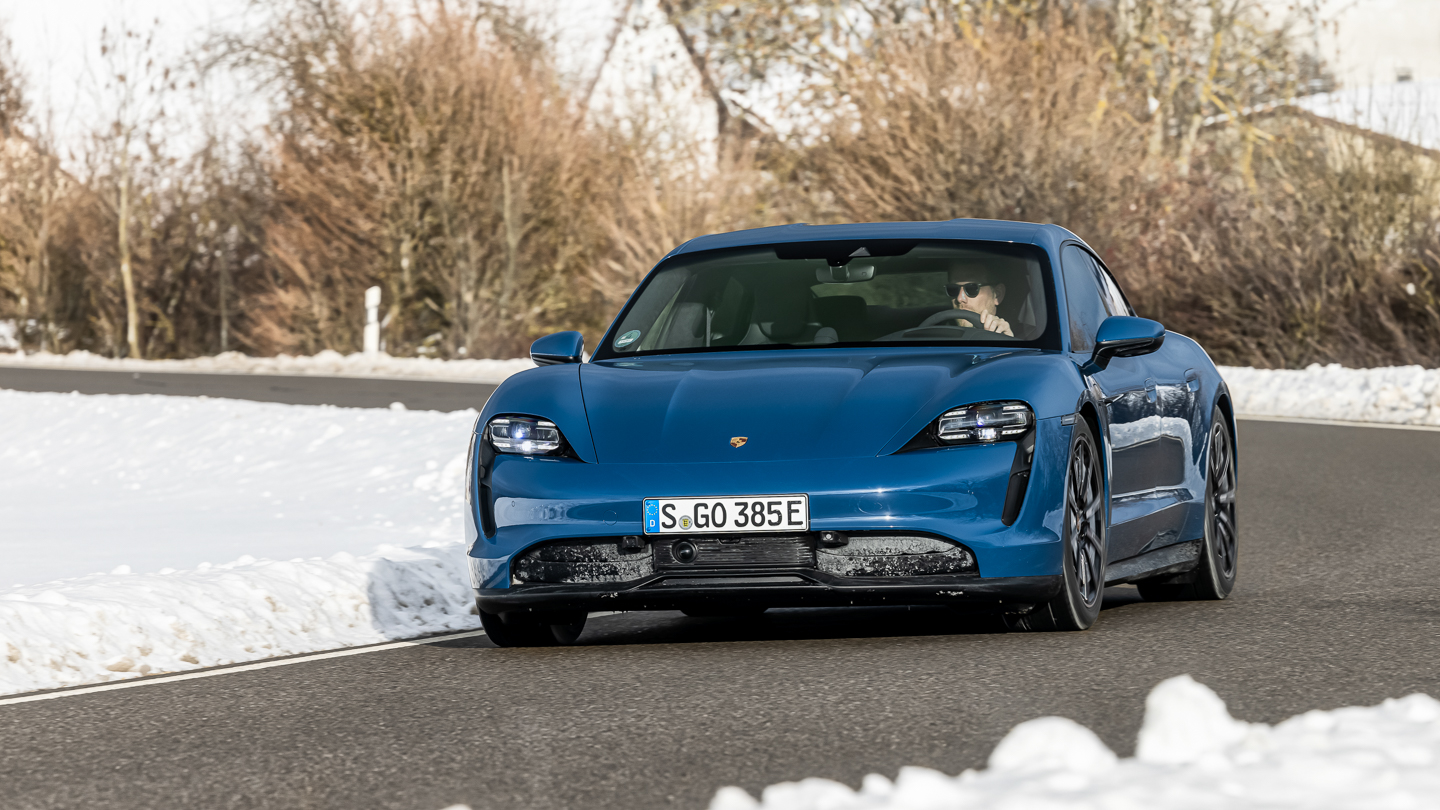 Since Hybrids aren’t mainstream yet, full EVs are even less so. That’s because the cost of producing them is relatively higher since they run purely on electric power without the need for an ICE. Due to the absence of a real engine, the battery packs of an EV must be able to carry enough juice for longer distances between charges. The fact of the matter is, though, that EVs are still very far from achieving an “economical” range even with a full charge. They run only on batteries after all, so manufacturers are still learning how to make their power cells better.

But this fact is what makes an EV the most environmentally friendly and most obvious choice against the surge in fuel prices. But will biting the bullet and coughing up the money be worth it? Not too many brands have such vehicles in production, and those that do are from the rather higher-end spectrum, like the Porsche Taycan we see here.

If we were to sum it all up, here are the pros and cons of Hybrids and EVs: 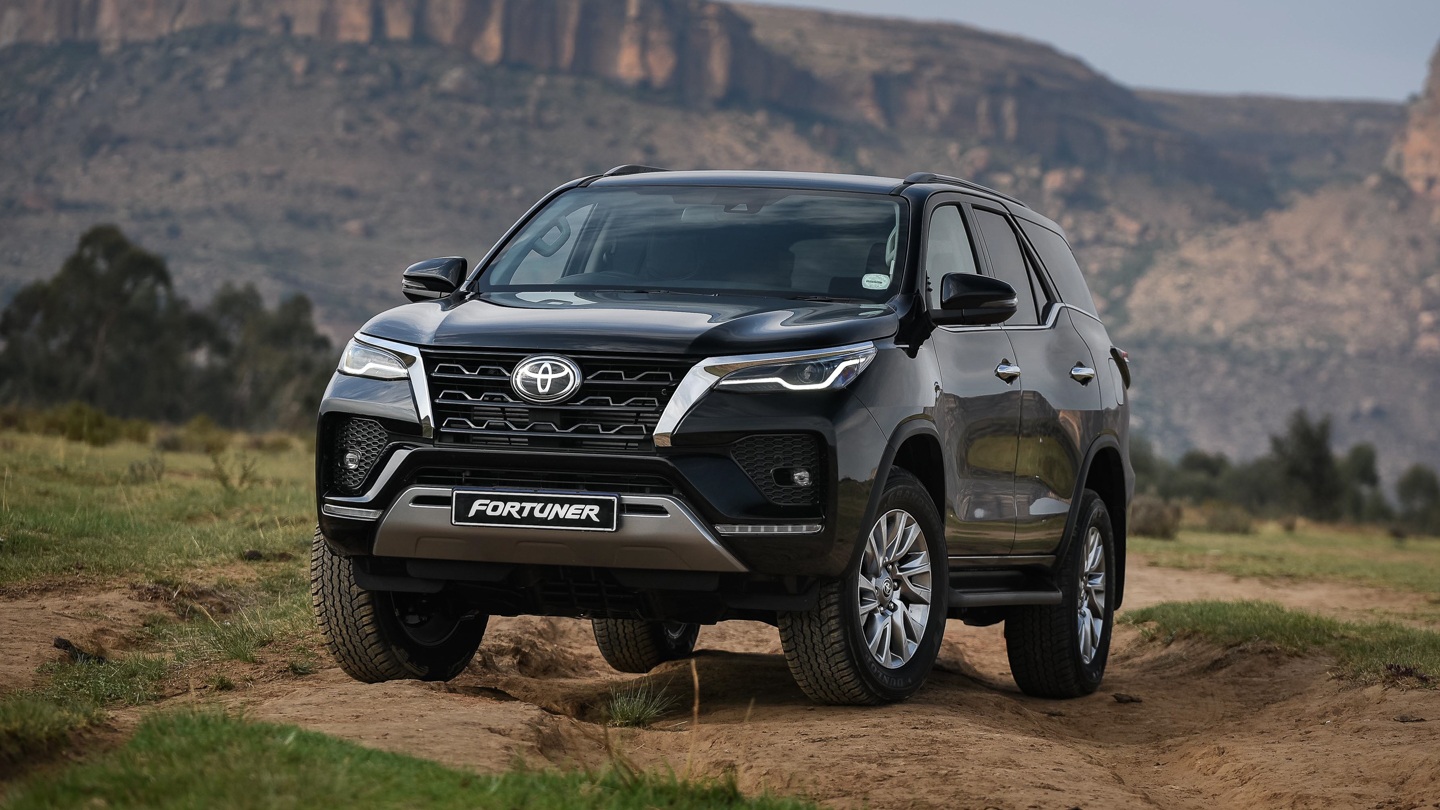 Earlier we mentioned that our country is basically 98% powered by internal combustion engines. Gasoline was always more preferred over diesel, but the latter’s prices have been pushed up and over that of gasoline. Whatever fuel the cars in the country feed on, we’re all on a losing streak.

The major lack or “absence’ of hybrids and/or EVs on the road is being addressed, though. Last month, Republic Act 11697, or the PH Electric Vehicle Act had lapsed into law. Provisions of the new law include lower fees, registration priority, MMDA Coding Exemption, and even financial packages that can make them easier and more affordable to purchase and own.

A lot of us are looking forward to what our government will line up as the guidelines for hybrids and electric vehicles, but in the meantime, let’s treat this as a “101” on how they work, and what electrified vehicle you could or should consider. The world doesn’t see a respite coming any time soon, but with proper knowledge on our part, and prompt action from the government, perhaps we can all be given more options to make electrification our primary power source of choice.

Porsche and Audi To Display Electric Vehicle line up at Rockwell Mall on May 27-29, June 3-5