In recent years the Build, Build, Build program has given us an increase in infrastructure, which is highlighted by the new highway systems we enjoy. NLEX, SLEX, TPLEX, MCX, CALAX, but most importantly the Skyway Stage 3 which have been rehabilitated and extended to make long-distance driving more convenient.

Surprisingly though, whenever I hear people planning trips to popular vacation destinations, they still plan the trip as if it still takes forever to get there. Where in fact because of the completion of highway extension projects, I was sure they were overestimating. I mentioned during my review of the Peugeot 2008 that I took it on an epic road trip, it was during that same day that my theory was proven right. My photographer and I had set out to shoot the review photos at the Subic Bay Freeport area because we knew the “spots” and that we wouldn’t be bothered there (especially on a weekday). On the way to Subic, we didn’t really take travel time into consideration, stopping over at gas stations at the slightest hint of “bladder issues”. 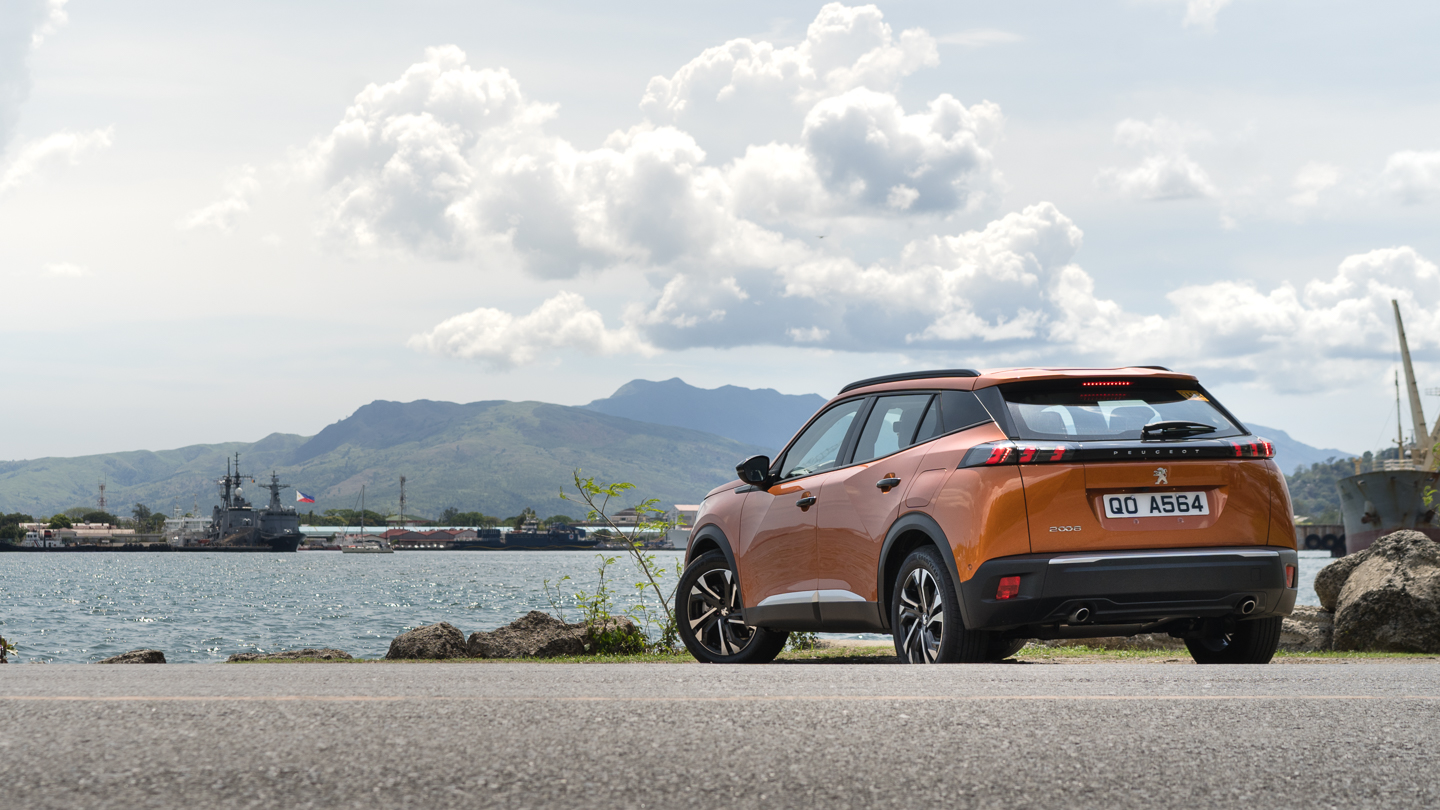 Once we got to Subic, we did what we had to do, and surprisingly ended earlier than expected. This led me and my companion to come up with one of the most “hair-brained” ideas ever, we decided to see just how long the TPLEX was by going to the very end in Rosario La Union. 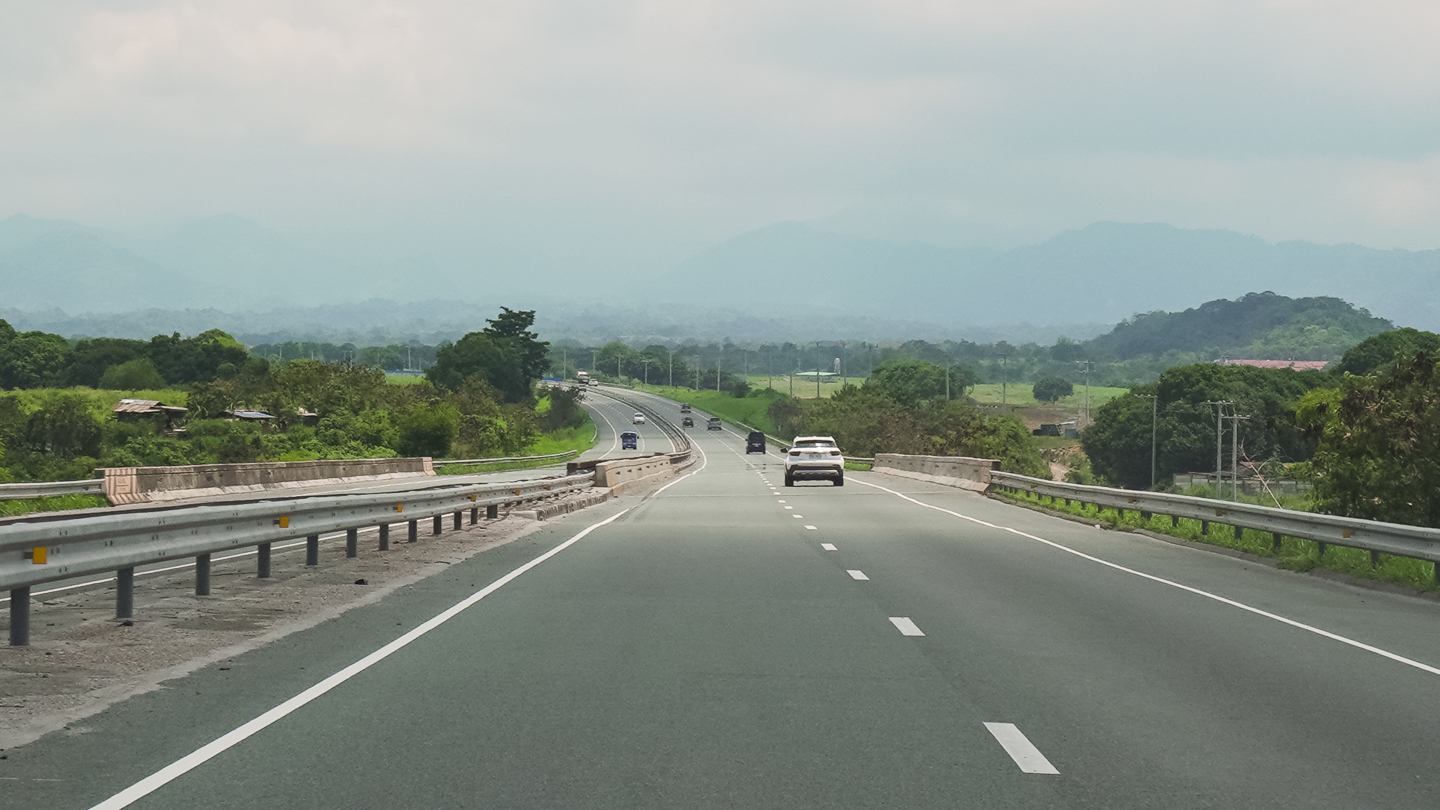 According to Waze (which we checked before departing Subic) it would take us 1 and a half hours to get to Rosario La Union. At first, I thought this was Waze being too optimistic, my old-fashioned traveler mind just couldn’t fathom the distance and time traveled.

Nonetheless, we set off just past 4 pm, and to be honest, we were driving at normal highway speeds not really trying to make any time, taking in as many of the sights ensuring as leisurely a trip as possible. 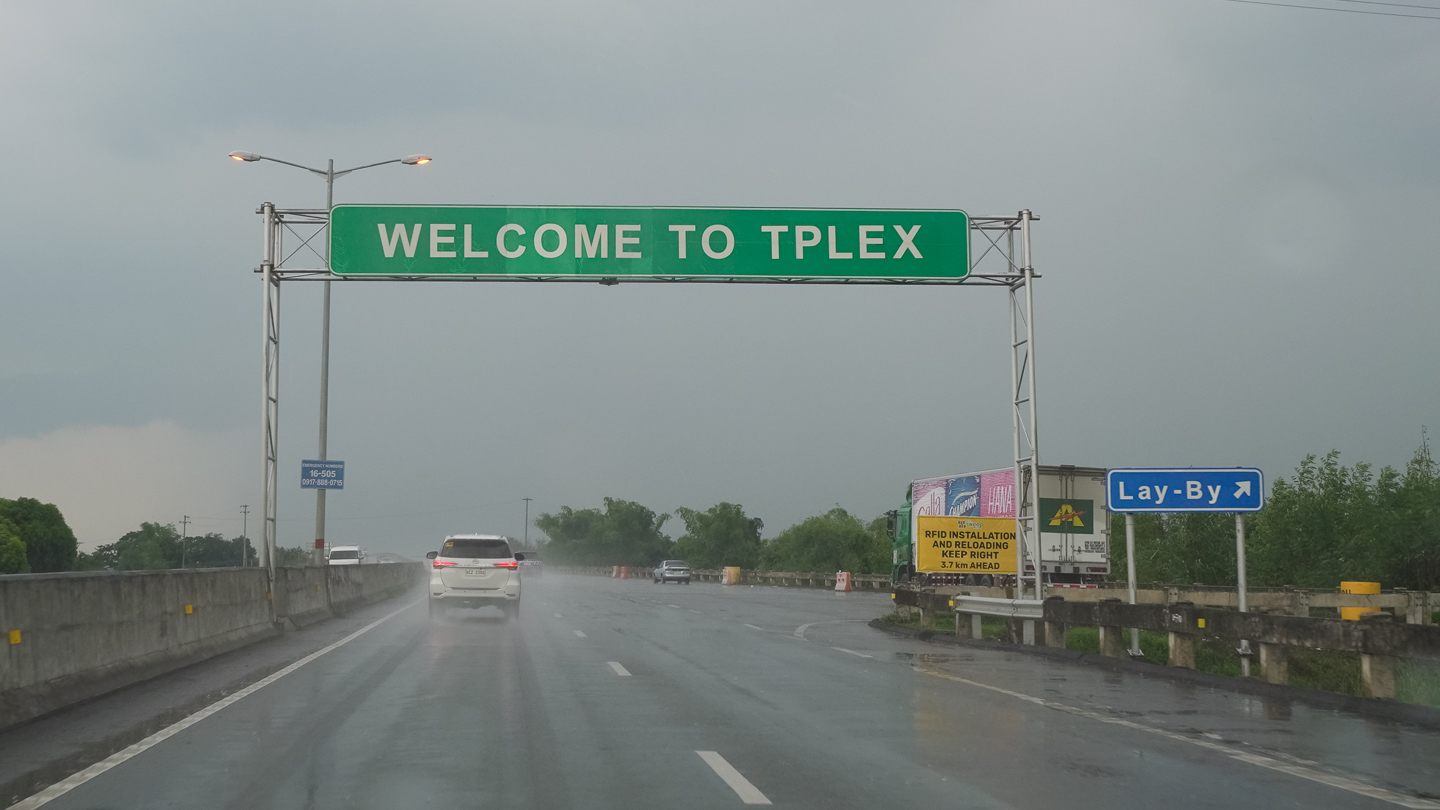 The traffic was light and apart from the occasional roadworks, we were generally unhampered on our journey, by the time we reached the end of the SCTEX network and entered TPLEX though suddenly the skies above and in front decided to rumble and crackle at us; rain was imminent.

Sure enough after a short while into our TPLEX drive, the heavens did open and torrential rain tattered the highway. Of course, when there’s rain caution becomes a factor, and our unhampered pace was now slowed down. 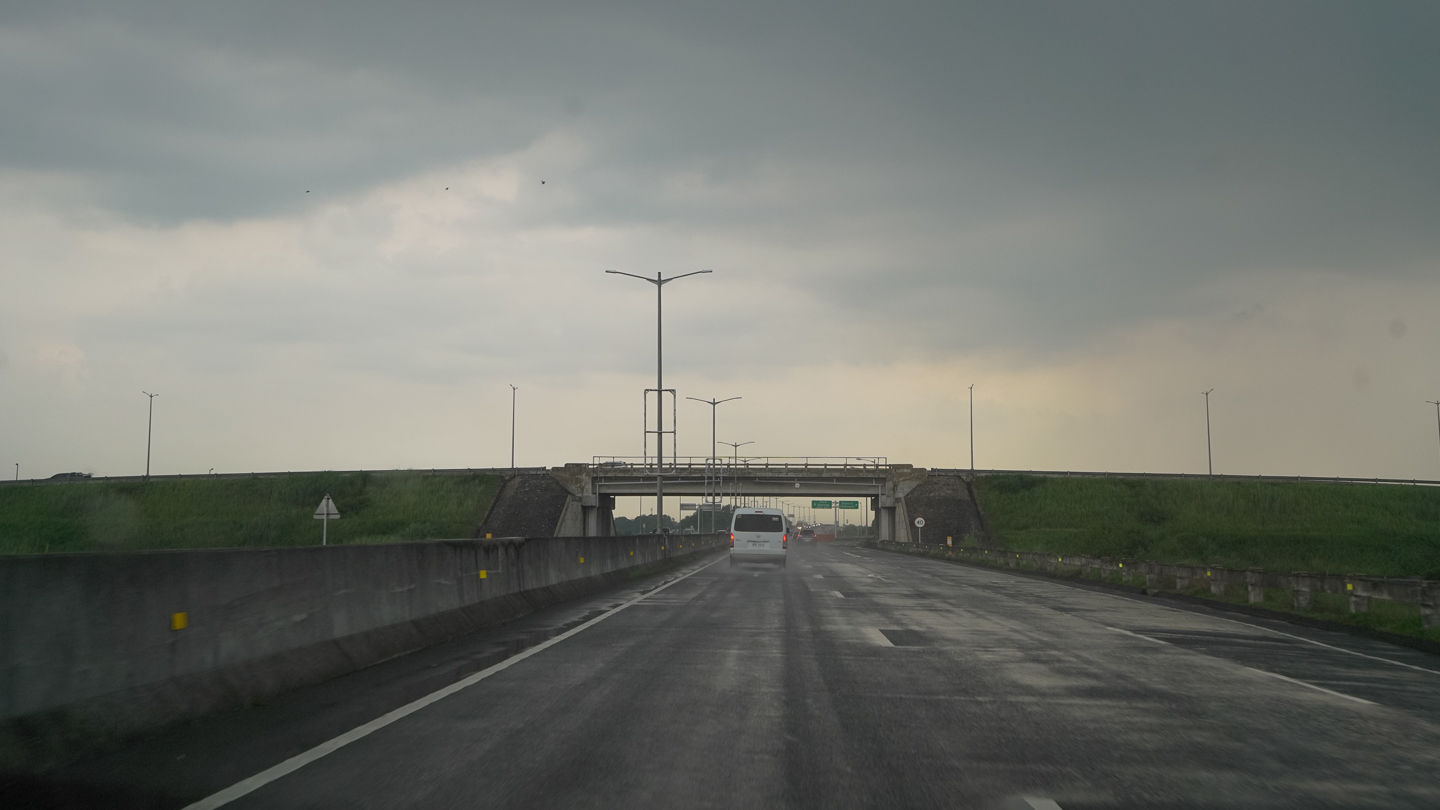 The slower pace allowed us to take in more of the sights of TPLEX, which if I’m being honest was stunning. I always thought of the TPLEX as having a less striking landscape to look at than SCTEX, but boy was I wrong. At first, we made our way across the flat lands of Pampanga and Tarlac, with nothing much to see, but as we made our way nearer to La Union the magnificent splendor of the Cordillera mountain region poked through the clouds and gave us a true sight to behold. 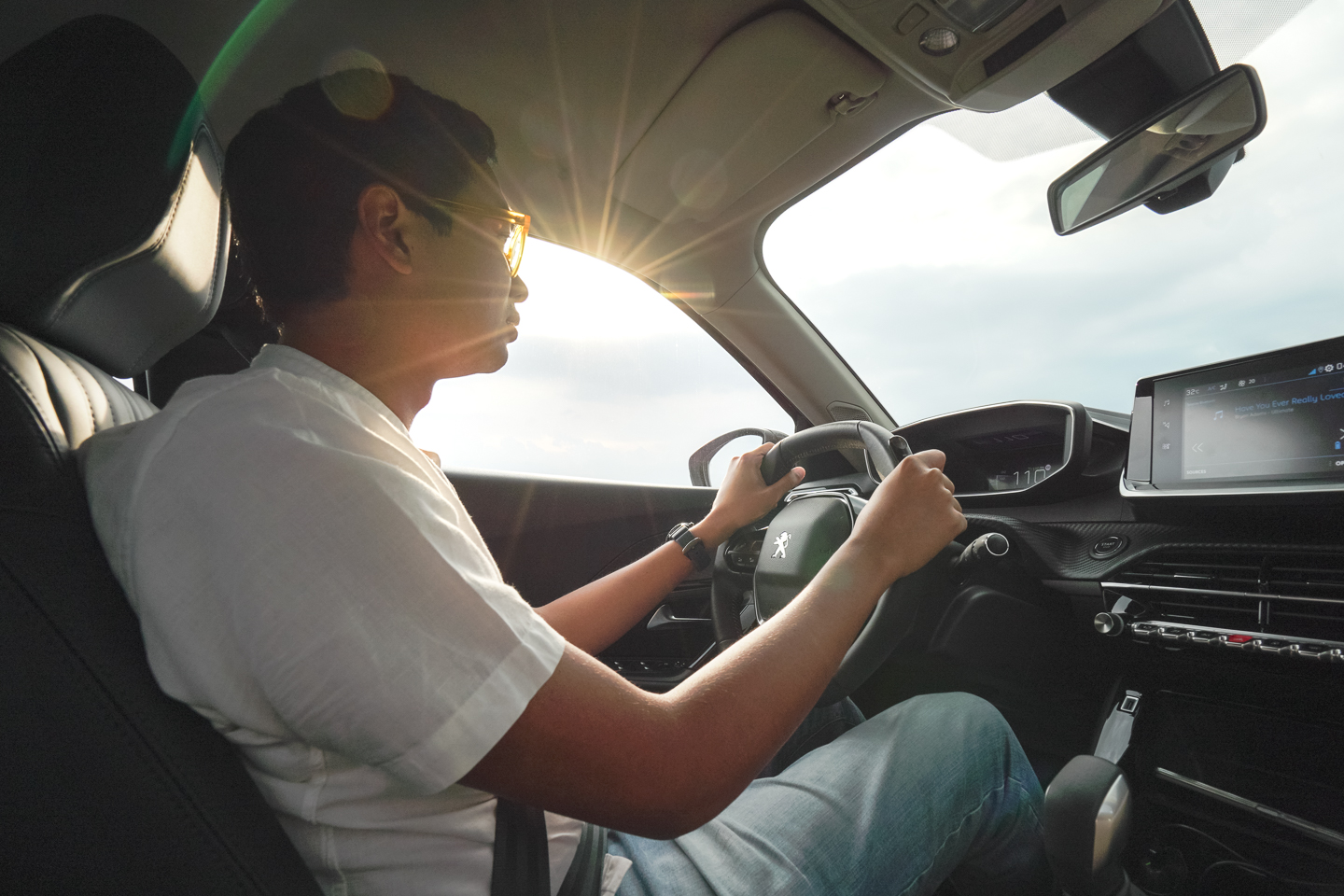 By the midpoint of our journey to La Union, the rain had subsided and sunset started to kick in, and just as the sun started to lower itself for the evening, it bathed the northern landscape in an awe-inspiring orange hue. I kid you not, my companion and I were gawking and (in my case) misty-eyed at the spectacle. The other thing that left me and my companion astonished was just how far we were going with very little effort and time, as we passed by each TPLEX exit sign, we couldn’t believe we were about to get to La Union before sundown. 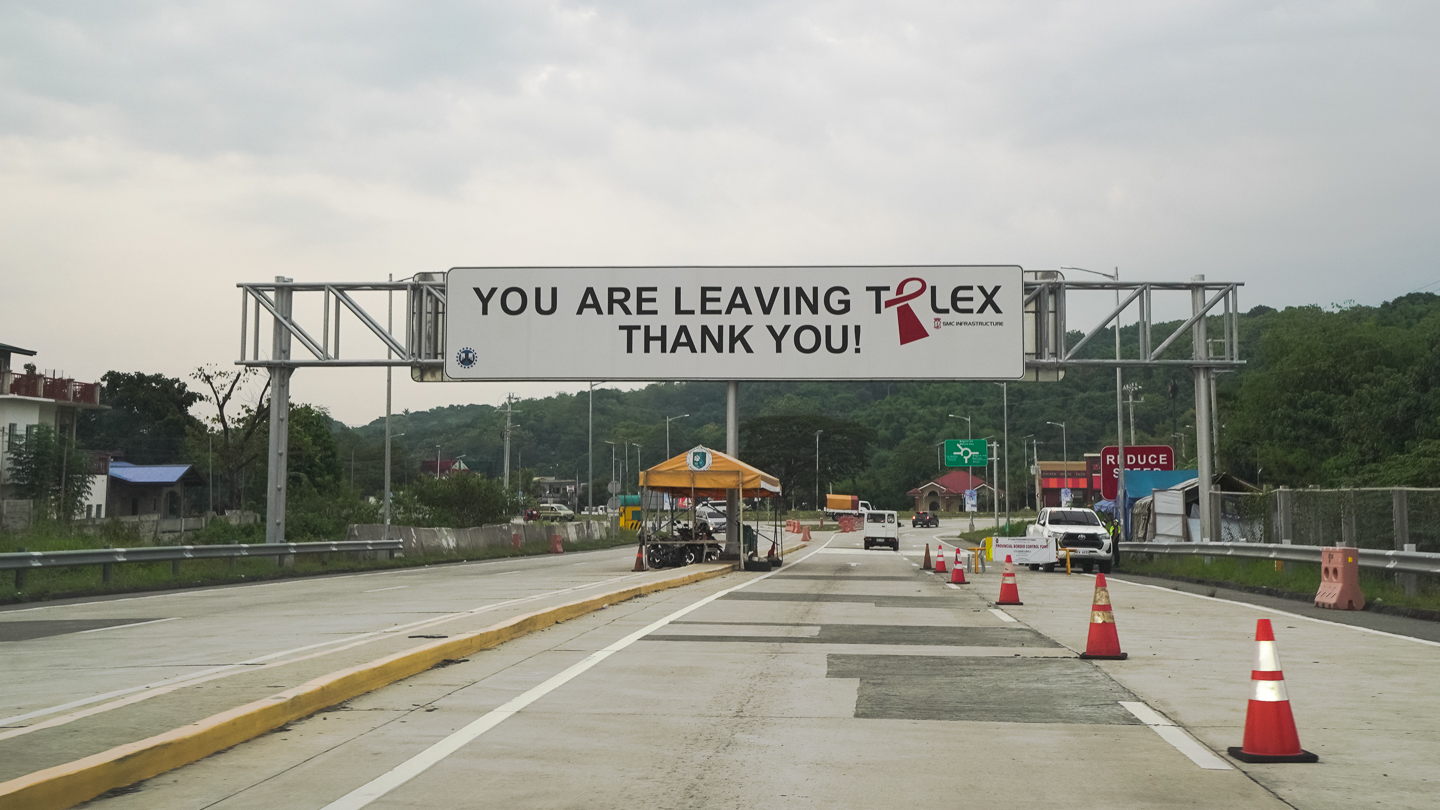 Lo, and behold we did it, and by God Waze was right! it had taken us just 1 and a half hours to get to the end of the TPLEX in Rosario La Union. Wow.

After another brief bathroom break and a few selfies to mark the occasion we set off for home, and what we proved on the journey back was equally if not more astonishing. 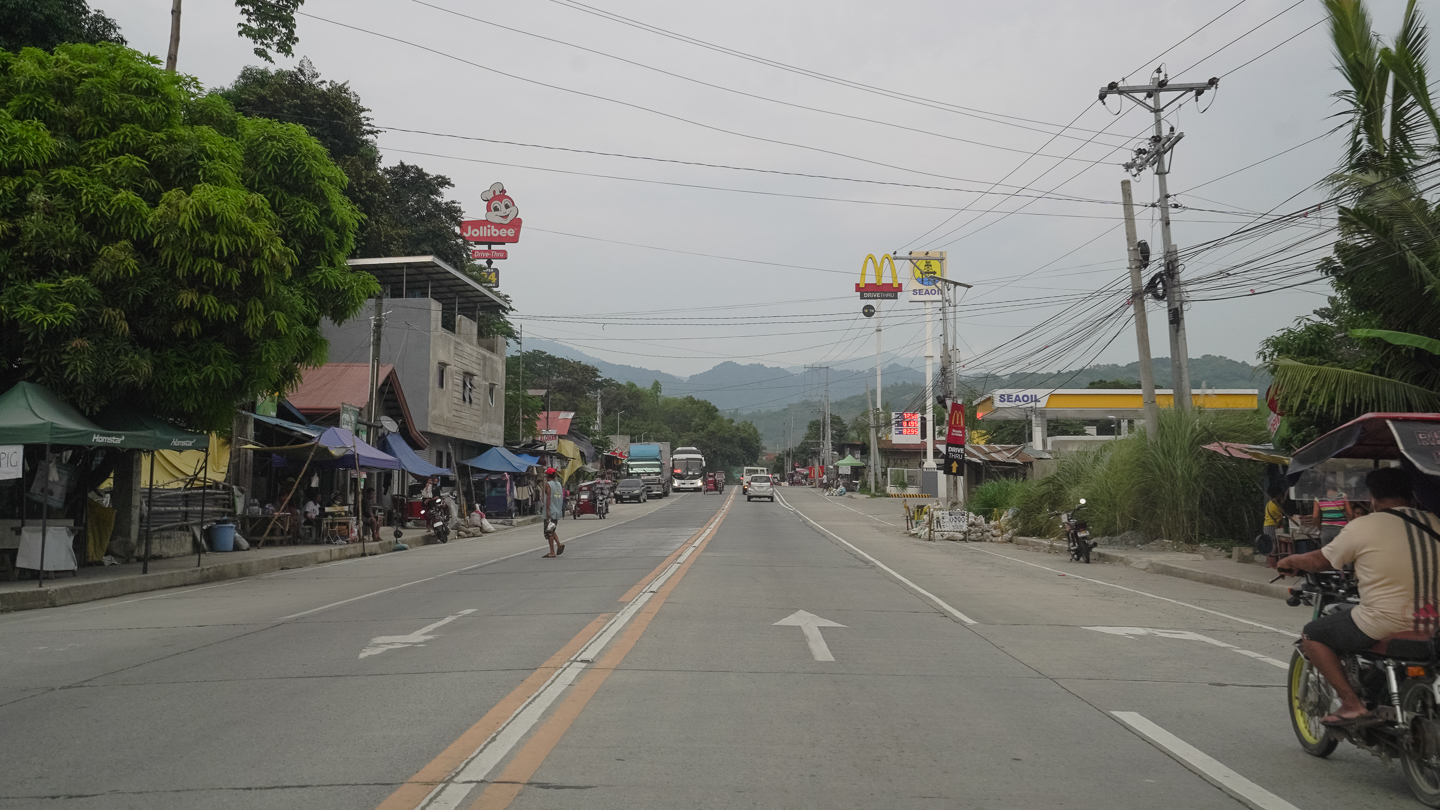 We left the gas station just outside TPLEX at 6:11 pm, and because we were too tired (and couldn’t care less) we didn’t even bother consulting Waze for the journey home. Once again I drove at a steady and comfortable pace, after all, the day was ending and all we really wanted was to get home, have a hot meal, shower, and sleep.

My companion though had other ideas (gotta love this guy), he suggested that we should stop over at the nearest Lay-By so that he can take some night shots of the Peugeot 2008 to highlight its signature headlight design. “Sure” I said (with fake enthusiasm). When I found the most suitable Lay-By the sun really was almost gone, and my companion lept out and started taking photos as I (im)patiently waited. After a solid 10 minutes, he seemed satisfied and clambered back into the car and with finality, I declared we were going home. 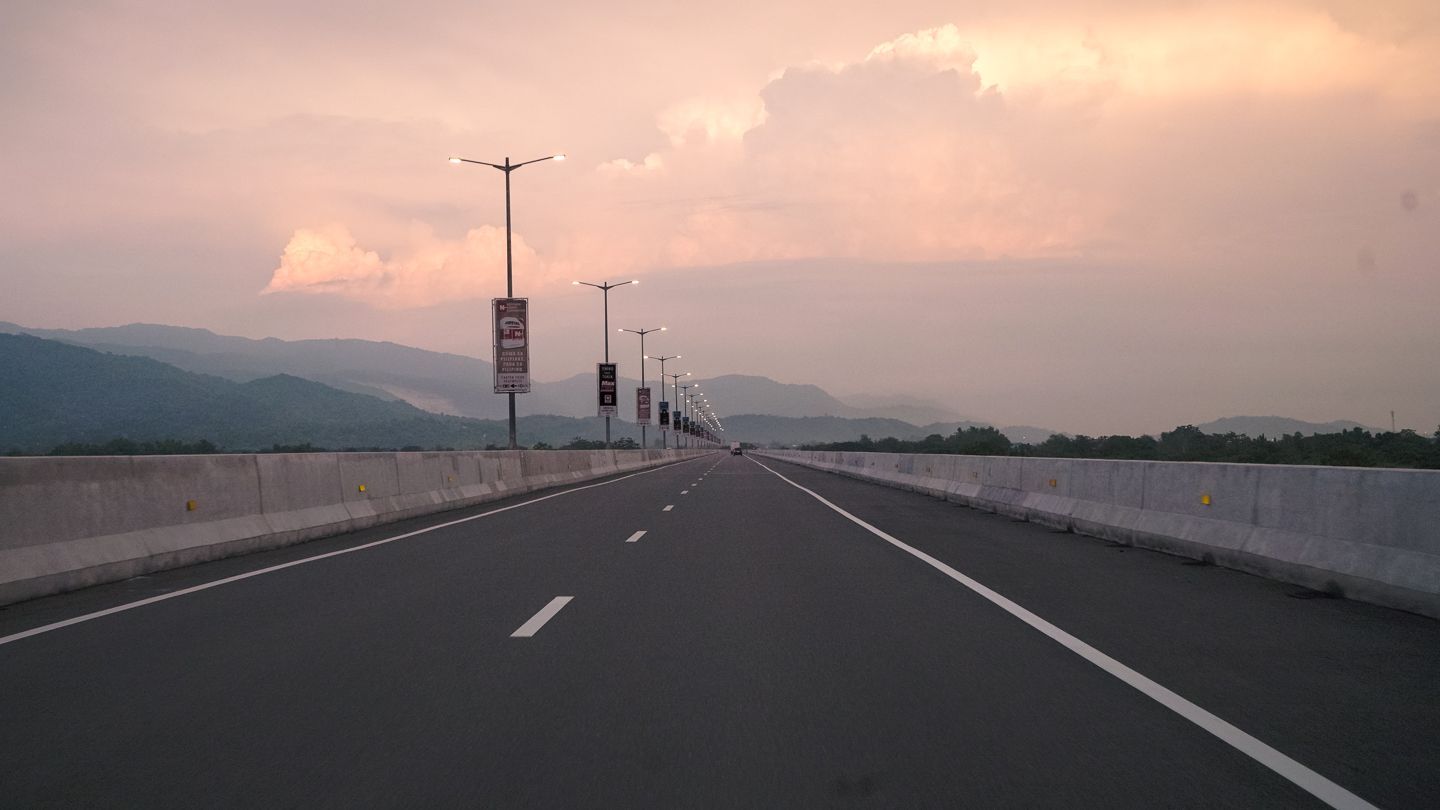 The journey back was less eventful than the journey to, as evening set in I reeled in my pace and settled in for the long drive back. In my somewhat tired and spent state, I neglected to even bother checking the time progress on our trip using my remaining focus to ensure we got home in one piece.

They always say the journey home seems faster than the journey to, and that was the case here. TPLEX-SCTEX, SCTEX-NLEX, and NLEX to the Skyway breezed by like nothing, it was on the Skyway that my companion and I realized we were on to something.

Just as we entered the Skyway Southbound entrance just after the Balintawak toll plaza, I looked at the time. The clock read 8:30 pm, at first I did a double-take and even blinked a couple of times just to see if my eyes were deceiving me (they were not). 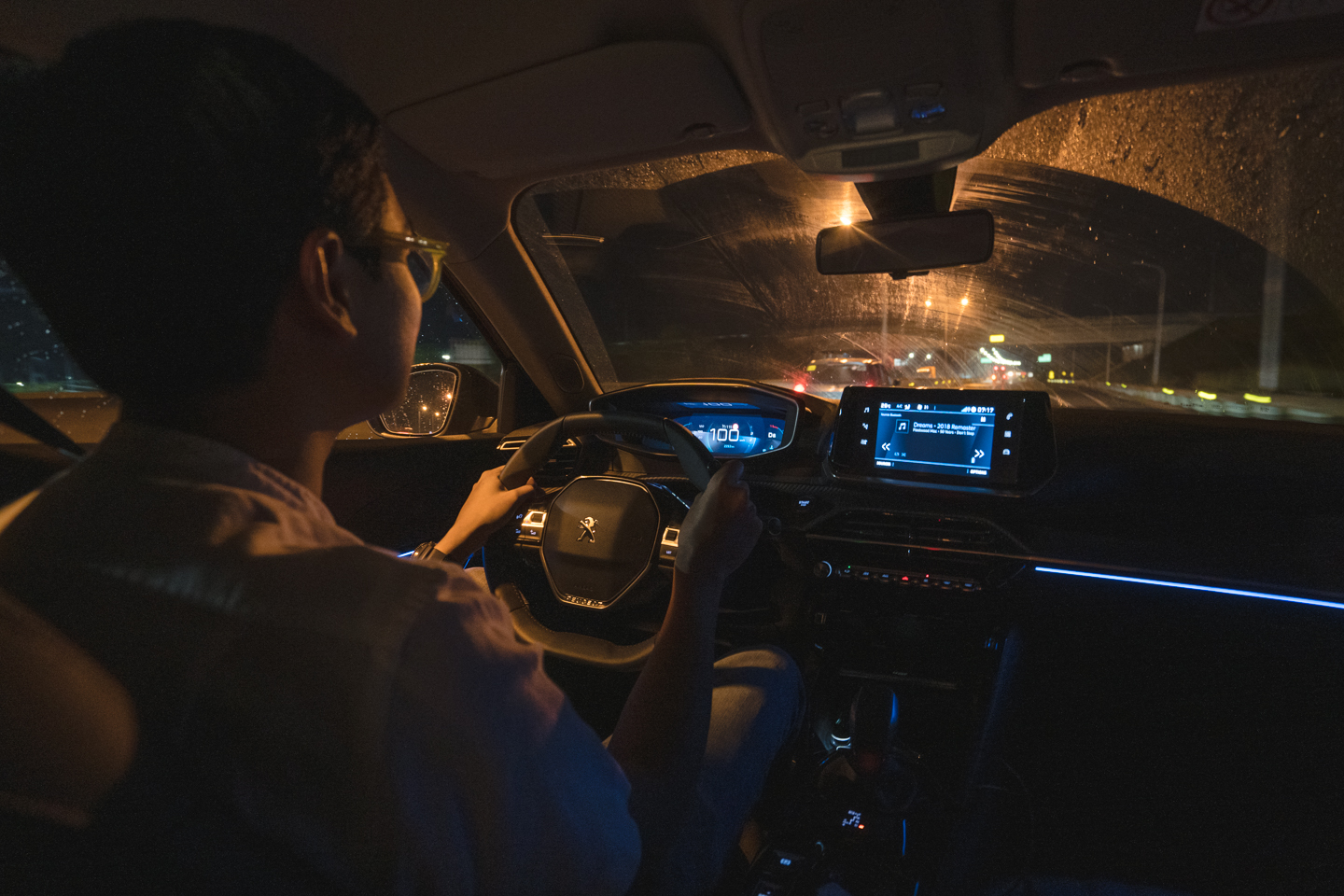 So far, our journey from La Union to Manila had only taken a little over 2 hours. At this point, we were already celebrating and laughing our heads off at the fact. Our final destination though was BGC, and that in itself cut the celebration short, we’d have to traverse through the center of Makati on a weekday. Fun times.

At this point (after all the driving) I was basically just a functioning zombie and wasn’t (again) paying attention to the time, my companion? was staring into the abyss of the night doing the exact same thing.

When we reached our final destination and parked the car, I instinctively checked the cabin and my eyes darted toward the clock…9:11 pm was staring back at me in all its LED glory.

It seems my companion did the same, and as our heads turned towards each other we once again burst into uncontrollable laughter. Our tired minds couldn’t believe that it had only taken us EXACLTY 3 hours to get from La Union to BGC. 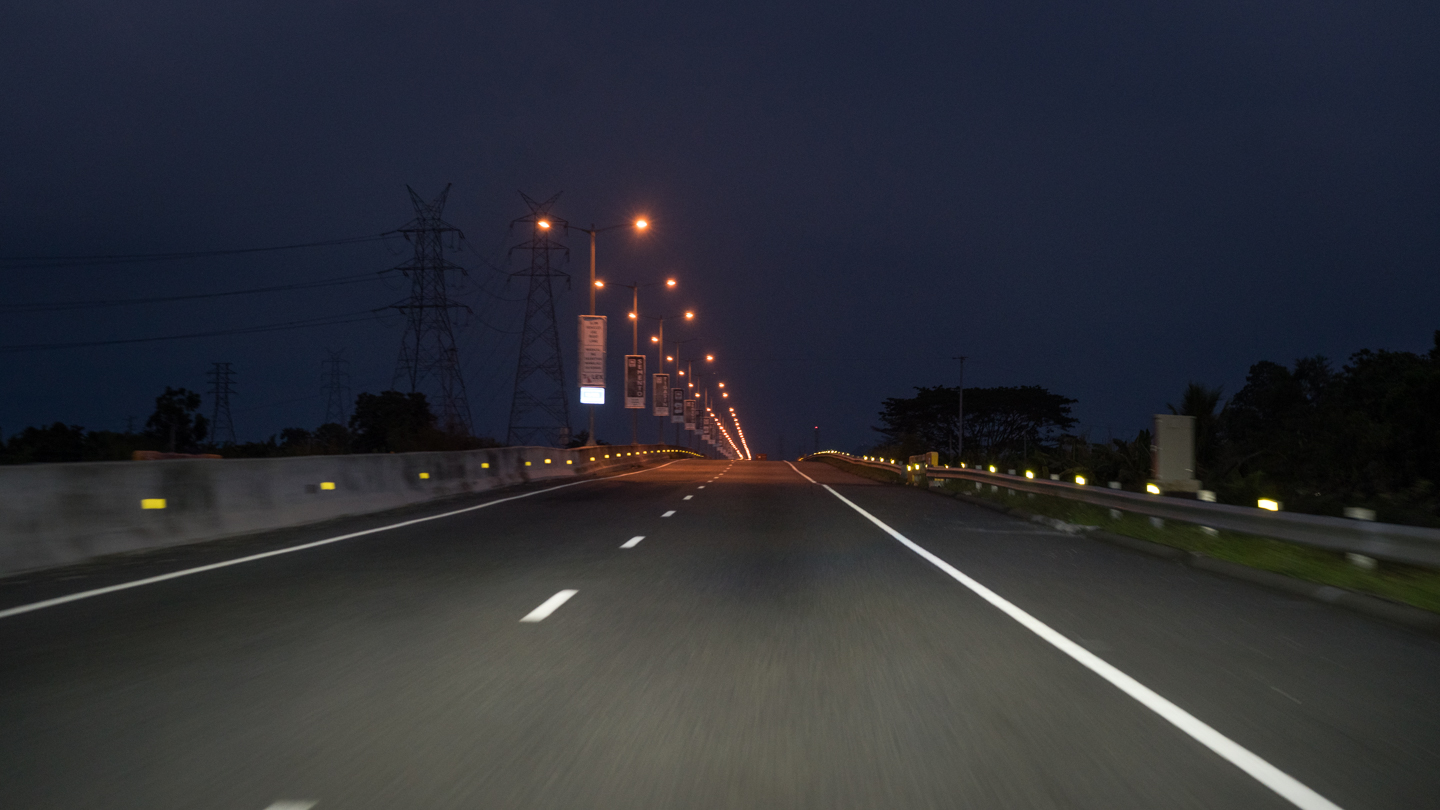 So you’re probably thinking what’s the point? well, because of the expanse of our ever-growing highway network, traveling great distances no longer takes a greater amount of time. In years prior, if someone asked me to go to La Union and back in one day, I would’ve probably cursed them until I ran out of words, but after this trip, I’d take the challenge on any day of the week.

Yes, using these highways has corresponding costs (Toll Fee) and while they aren’t as affordable as some would like, you really do feel the convenience you’re paying for.

After all, how does the saying go? “Time is of the essence”.

New Mitsubishi dealership in Lucena is brand's 64th in the Philippines