As mentioned in my previous Peugeot 5008 SUV review, the brand has been aggressive in asserting that it’s taking the local Philippine market seriously, their presence was truly felt at the Manila International Auto Show, as being the first brand to launch on the first day, pulling the covers off the all-new Peugeot 2008 SUV.

I have to admit that, at first glance (in the crowded) World Trade Center, the Peugeot 2008 SUV looked small. Not only that, based on the segment it’s competing in I really wasn’t expecting much, that’s not to say it was going to be a bad car (far from it actually). 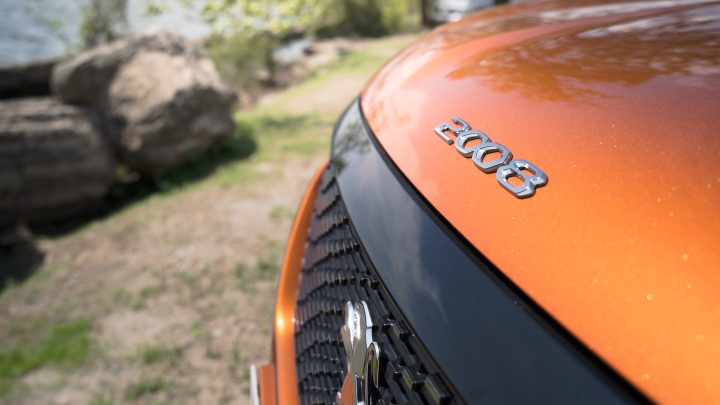 Here I am though, a few months removed from the MIAS launch, and oh boy…not only is the Peugeot 2008 SUV a good car, but it also blew all my expectations out of the water. So much so that I’m still hungover from my experience with the car. 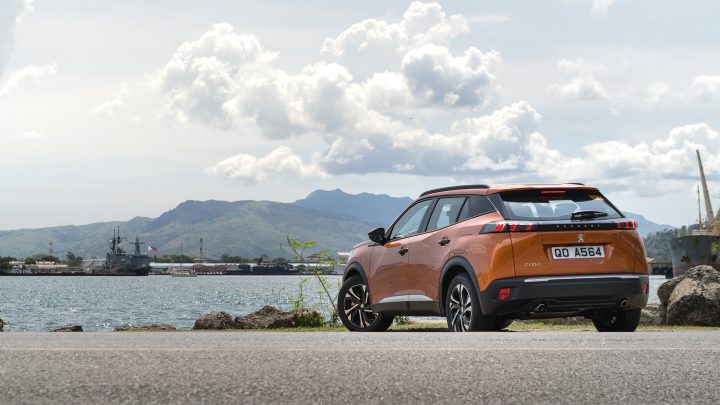 Getting to see the exterior of the Peugeot 2008 SUV without the crowds and backdropped by the blue skies and calm waters of Subic Bay made me appreciate the design even more. 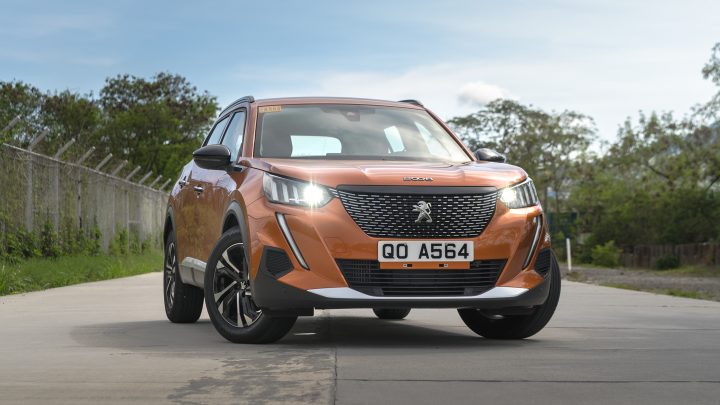 Make no mistake, the little SUV is undoubtedly a Peugeot, the front fascia carries over from the rest of the line-up. The only difference here is the 2008 SUV features a more rounded headlight design as compared to the 5008 and 3008, which is a good thing because it distinguishes the 2008 SUV from its siblings while still retaining the striking Peugeot family looks. 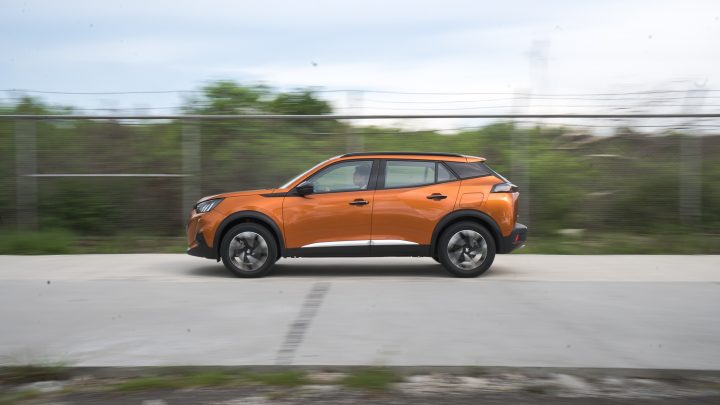 Also, once you remove the Peugeot 2008 SUV from the car show setting, it actually looks longer and sleeker. I don’t remember a time when I didn’t take another glance back after walking away from it. 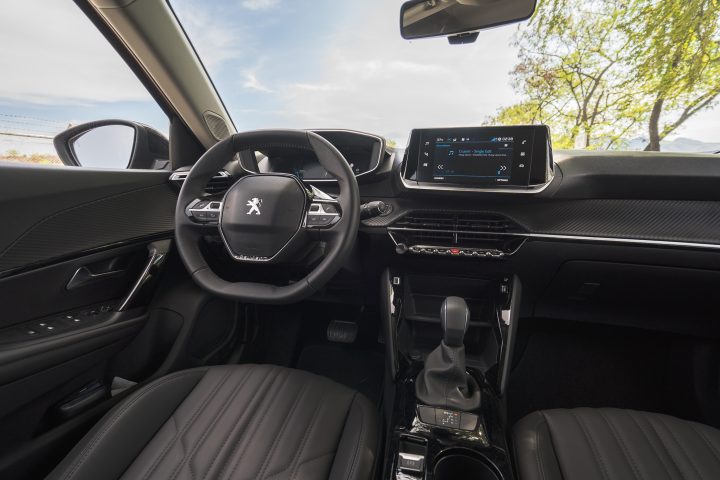 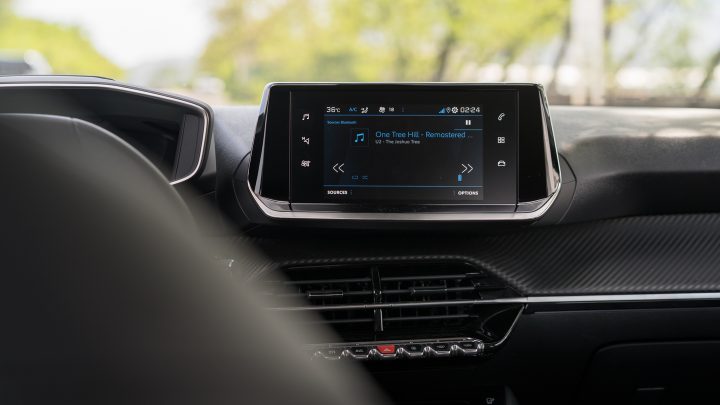 Think of the Interior of the 2008 SUV as a scaled-down version of the 5008 SUV, it retains the same design philosophy and layout. Everything is (once again) driver-centric, all of the relevant displays, controls, and features are at an angle facing the driver for ease of use and access. 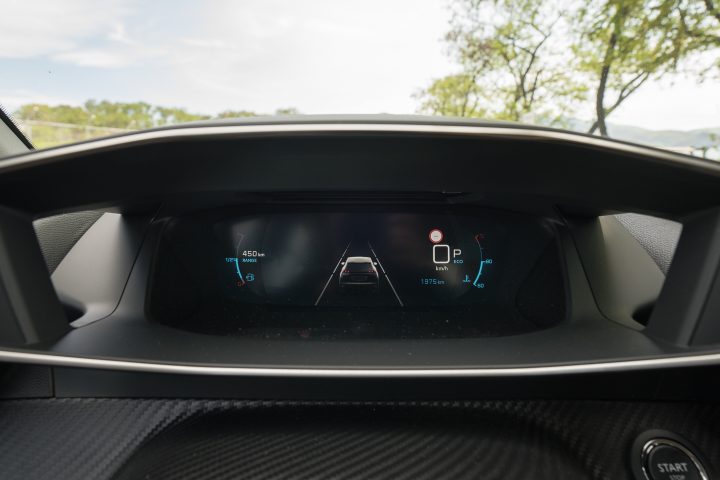 The only difference in the interior is the patented Peugeot i-Cockpit display, in the 2008 SUV it’s “3D”. What it does is give a depth to the otherwise overlooked multi-informational display and gauge clusters, apart from being eye-catching, it’s also functional. There are different display options (depending on what information you want to see) and it’s possible to even personalize the gauges and information based on what you need to be displayed in front of you. Further comfort and convenience are added with an infotainment system that features Apple CarPlay and Android Auto. 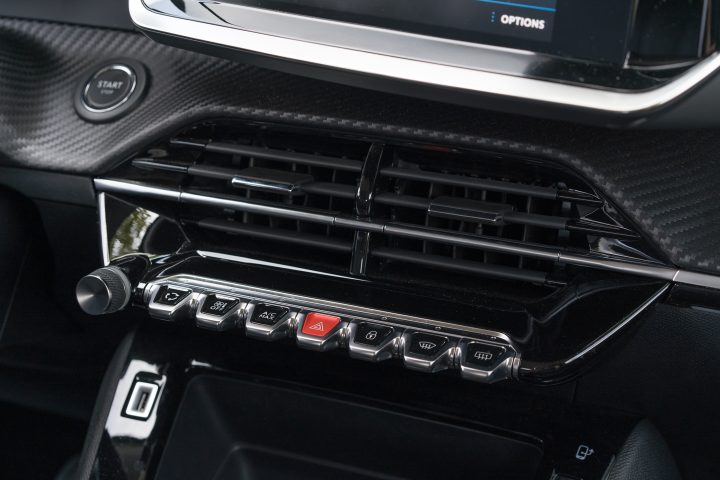 At the risk of repeating myself, the interior is equally as striking as it is good-looking.

Now, you’re probably thinking, these things don’t seem like “blow out of the water” features yet. Hold on, we’re just getting to the exciting part. 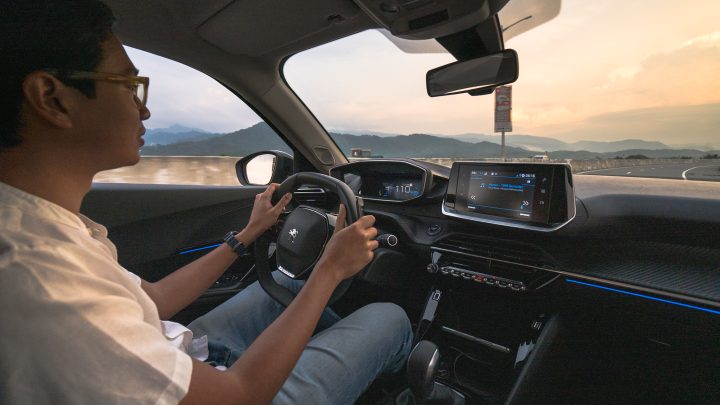 For some (absurd) reason, my photographer and I decided to take the review photos of the Peugeot 2008 SUV in Subic. As if that wasn’t enough, we pushed the boundaries of absurdity even more by deciding to take photos of the SKYWAY, NLEX, SCTEX, and TPLEX. Yes, on that particular day we went to the end of each of those highway networks to take photos…I really do love my job. The Peugeot 2008 SUV is powered by a 1.2-liter 3-cylinder turbocharged gasoline engine, it puts out 130hp and 230Nm of torque. Shifting is taken care of by a 6-speed automatic transmission. Respectable numbers despite the fact that this is quite a small (SUV). 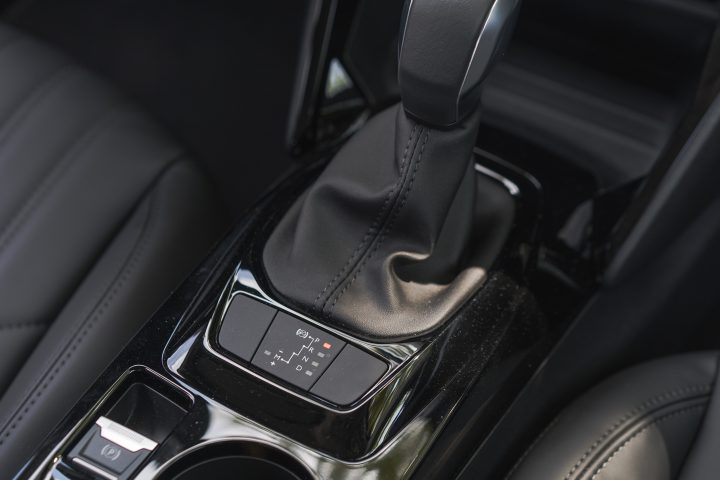 Don’t be fooled into thinking the powertrain provides a “measly” driving experience though, as we were making our way to the SKYWAY the Peugeot 2008 SUV was lively and eager in the city setting, I sensed no lag from the engine response and shifting was smooth enough. The transmission is only dimwitted on inclines, sometimes slow to shift down or up. 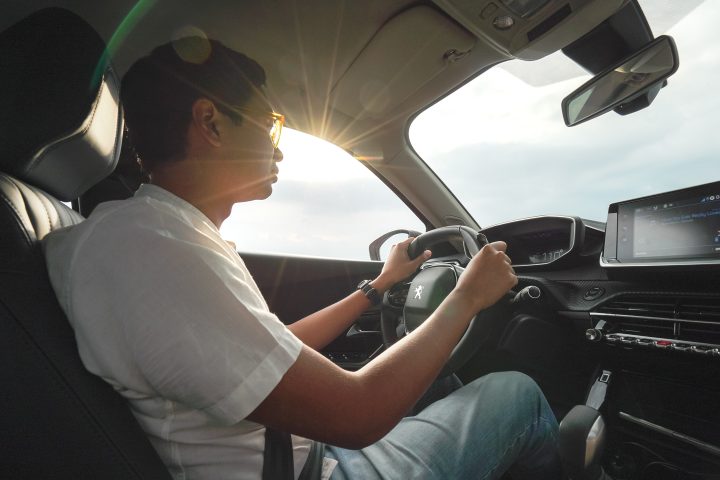 The best driving feature though has to be what I call the “Umami Steering”, it’s so very light but direct and full of feel. Why “umami”? well to me, the steering is so perfect for normal and spirited driving, and just like the “umami” taste it makes you want to drive the 2008 SUV even more, it makes you crave for a twisty road.

In its class, nothing even comes close to the steering feel of the Peugeot 2008 SUV.

As we made our way through the highway network, the 2008 SUV performed so well. It wasn’t out of place despite its size, and held its own against the big burly trucks we breezed by. It had no issues keeping up and speeding up when the situation asked for it. Even when the heavens opened and violent raindrops tattered the roads and the car, the 2008 SUV never put a foot wrong, not once was it rattled by slippery conditions, I felt safe, and comfortable the whole time. 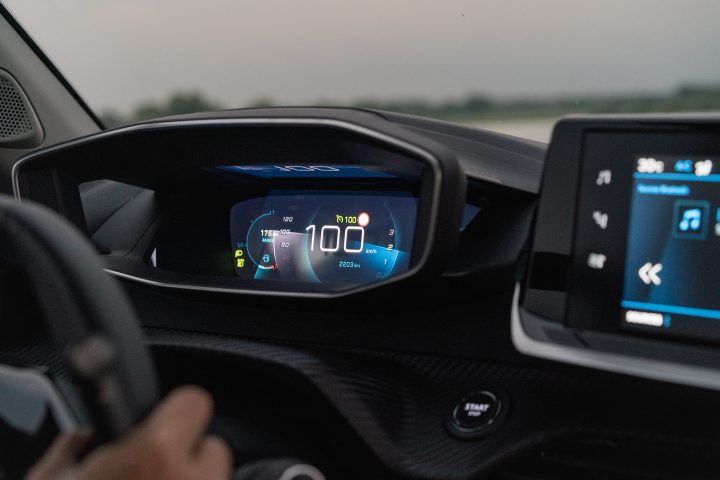 When it comes to fuel efficiency the Peugeot 2008 SUV is decent, in the city I was able to do around 11km/l, and 13km/l on the highway. 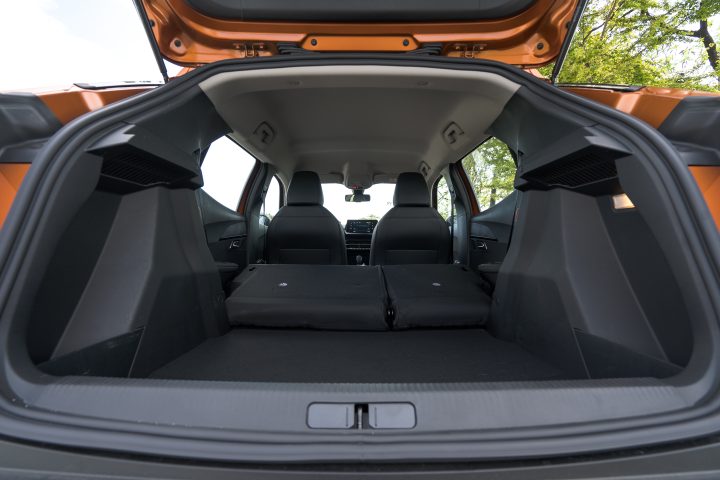 I really only have two issues with the 2008 SUV, the first being the cargo space, while it seems ample when it’s empty, fitting a full week’s worth of groceries was quite a struggle, and lastly the ride, it seems the “firm” ride from the 5008 also carries over here. The Peugeot 2008 SUV comes in one variant that retails for PHP 1,550,000. There are no two ways to go about it, that is a steep asking price compared to the other equally spec’d competition.

I’ll be honest and say in the beginning I struggled to justify the price until I drove it literally hundreds of miles.

The Peugeot 2008 SUV is for those who enjoy driving, those who understand the need for a “tall” SUV/crossover with more space, but still want something that drives well and can give you the accompanying grins and giggles a “sporty” sedan can.

It may be the smallest offering from the “Lion” brand, but it’s not a cub, it roars as a true Lion should.

Toll Fee Hike on SCTEX to start on June 1