It was a long time coming, but the 2023 Ford Ranger has finally been launched in the Philippines.

Many waited for the release of Ford’s (pretty) famous and very well-selling pickup. Yesterday, it was officially unveiled, and to say that it is worth the wait is very fitting. Chockfull of new capabilities, a new look, improved ride and handling, and competitive pricing, it looks like this pickup truck is on its way to growing its fan base again, and more. 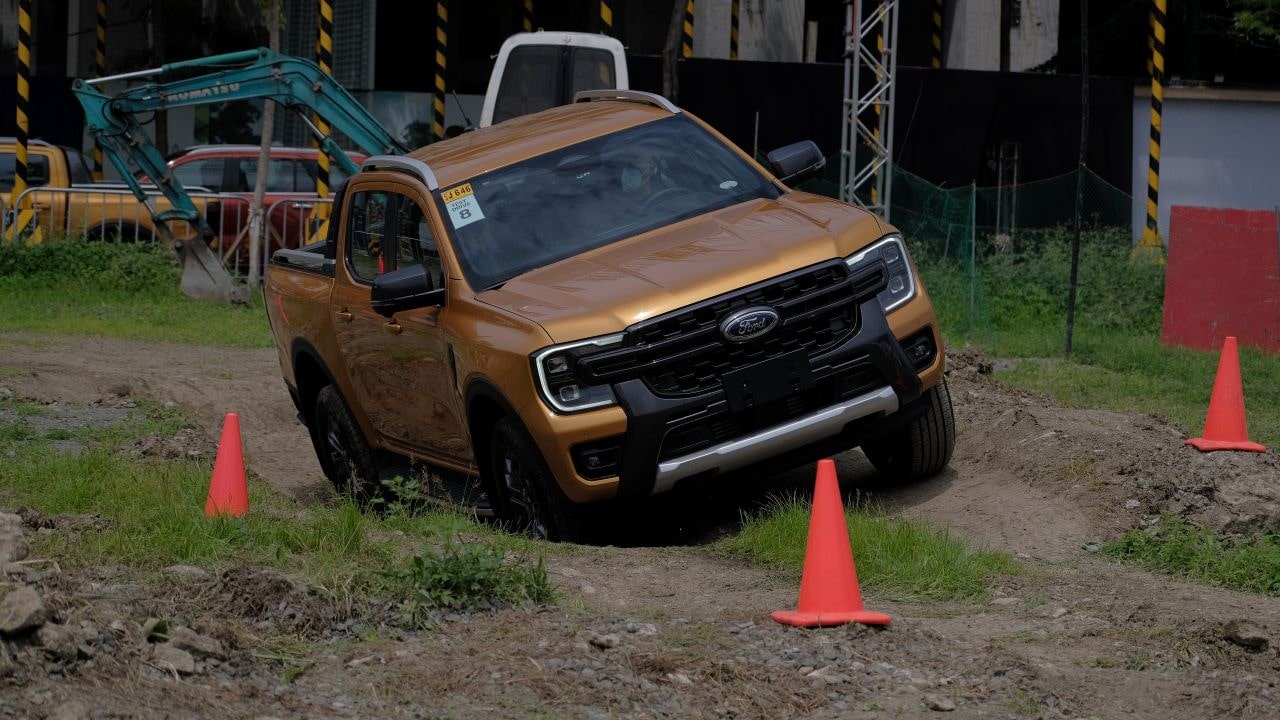 Much like its SUV brother, the Everest, Ford went the distance and asked Filipinos what they want in a pickup truck. Based on the information that they gathered, the brand went and developed its newest pickup from the ground up. They wanted to do right by their Philippine fanbase, so let’s have a look at what they did and put into the Ranger to make it as good as they claim it to be.

First, let’s start on the outside. The exterior got a totally new design. The Ranger features a defined new grille and signature C-clamp headlight units while a subtle shoulder line down the sides incorporates a new wheel-arch design. It is also fitted with matrix LED headlights with Adaptive Front Lighting System for the Wildtrak 4×4 variant. Consistent with the look in front, the LED taillamps clamp onto the new tailgate, now proudly stamped with the RANGER badge. 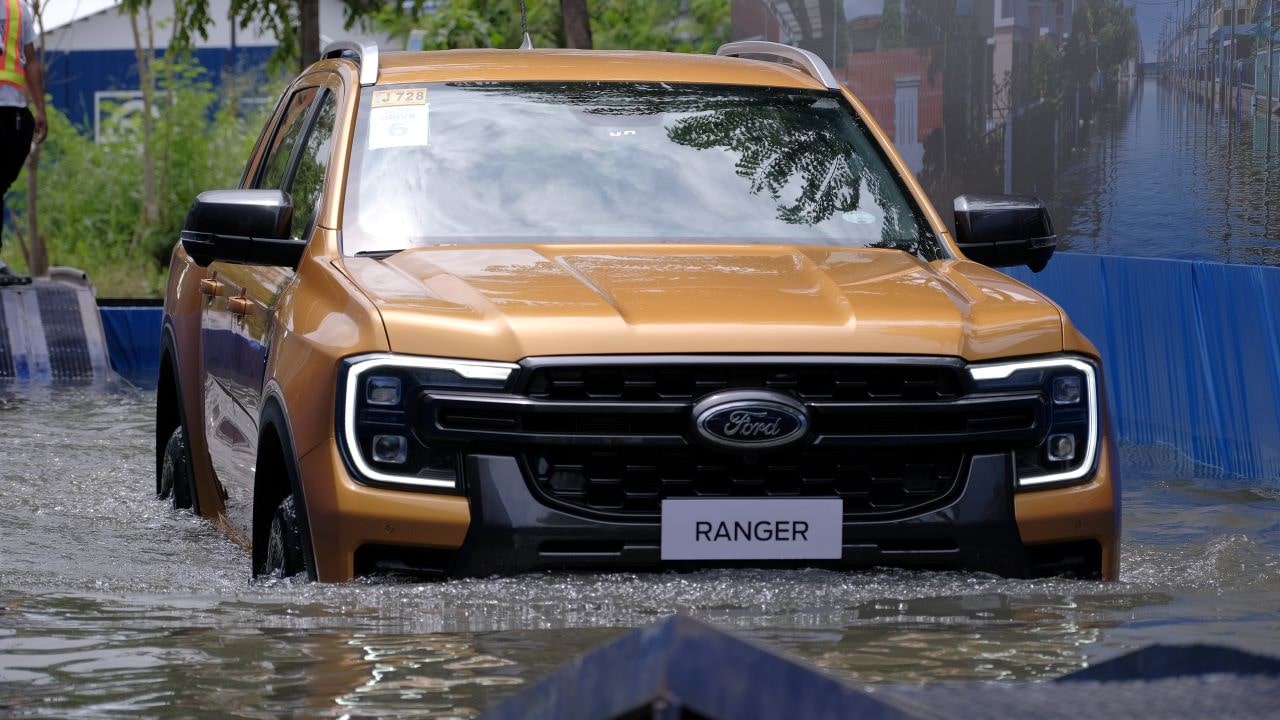 There are also some commonly overlooked but functional and intuitive design cues. Most significant, and practical if we may say so, is a rear box step that makes accessing the cargo area easier and safer. There are also clamp pockets on the bed that allows users to attach timber or tools to the tailgate workbench, which can also be concealed with spring-loaded caps when not in use. The Wildtrak model ups the ante even more. Along with functional roof rails, it gets the Tailgate Lift Assist function that enables users to close the tailgate with just a light touch. Cargo organizing also comes with a new load box and tailgate protective capping for more grip and safety.

Underneath, the Ranger also gets an update. The chassis has been upgraded and it now rides on a wheelbase that is 50mm longer, and a track that is 50mm wider. Ford engineers focused on the fundamentals and made improvements to the chassis and suspension. The front wheels were moved forward by 50mm for a better approach angle and outboard for better off-road articulation, both of which improve the off-roading experience. They also shifted the rear suspension dampers outboard of the frame rails to give drivers and passengers a better ride both on- and off-road. That all adds up to a very strong appearance, better driving dynamics, and greater comfort. 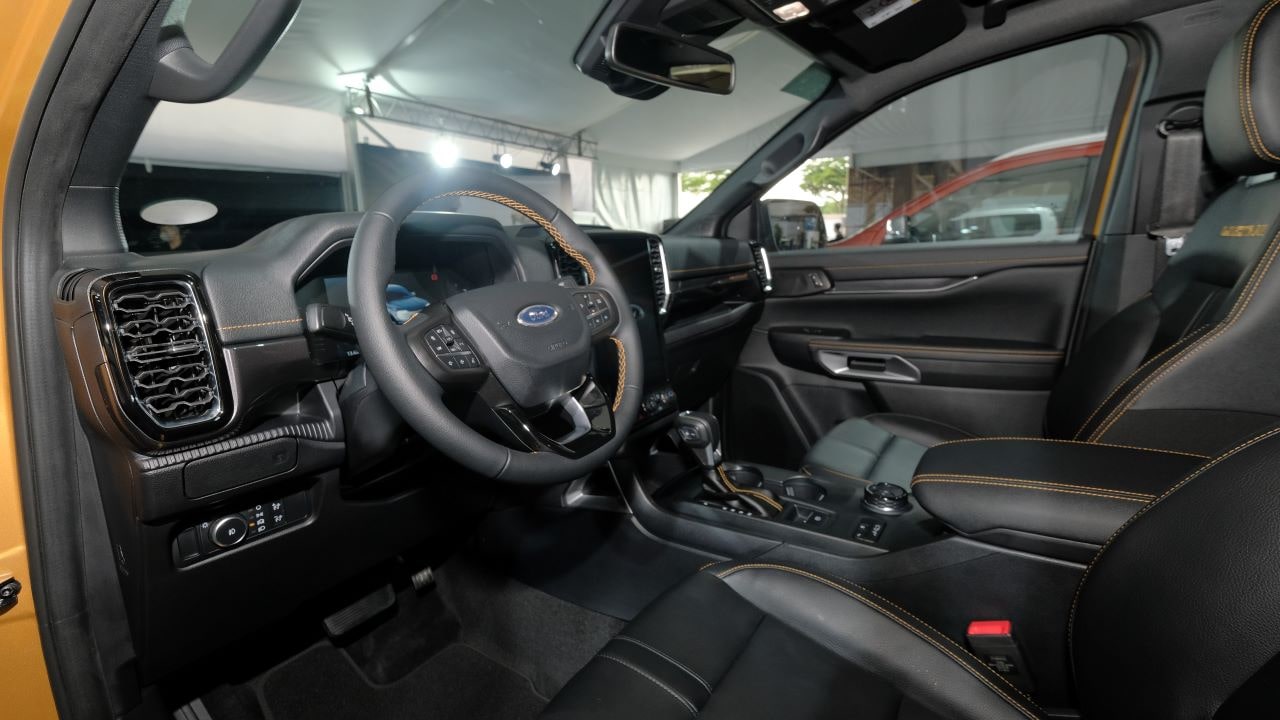 Those who got used to the Ranger’s interior leaning more to the “utilitarian” side are in for a big change. This all-new model is a huge step up from its predecessors, and it now uses premium, soft-touch materials, and a spacious cabin to boot. Like the Everest, the greatest change you’ll see is on the dash and center stack.

Connectivity was a priority for the Ranger, and to further the experience is either a 10-inch or best-in-class 12-inch touchscreen infotainment system. It complements the fully digital instrument panel and is loaded with Ford’s latest SYNC 4A with wireless Apple Carplay and Android Auto capability. It also comes equipped with a 360-degree camera to make crossing and parking a breeze in tight urban spaces. The design team also created clever storage and useful features for owners, such as a digital owner’s manual, a new climate system, and wireless charging. In addition, the door pockets are designed to carry more, the wide dash conceals an upper glovebox and there are storage bins under and behind the rear seats.

Oh, it also comes with Ford’s Intelligent Oil Life Monitor (IOLM). It is a smart and new feature that tells the owner when to have an oil change based on actual engine data, operating conditions, and owner driving habits. That’s connectivity plus if you ask us. 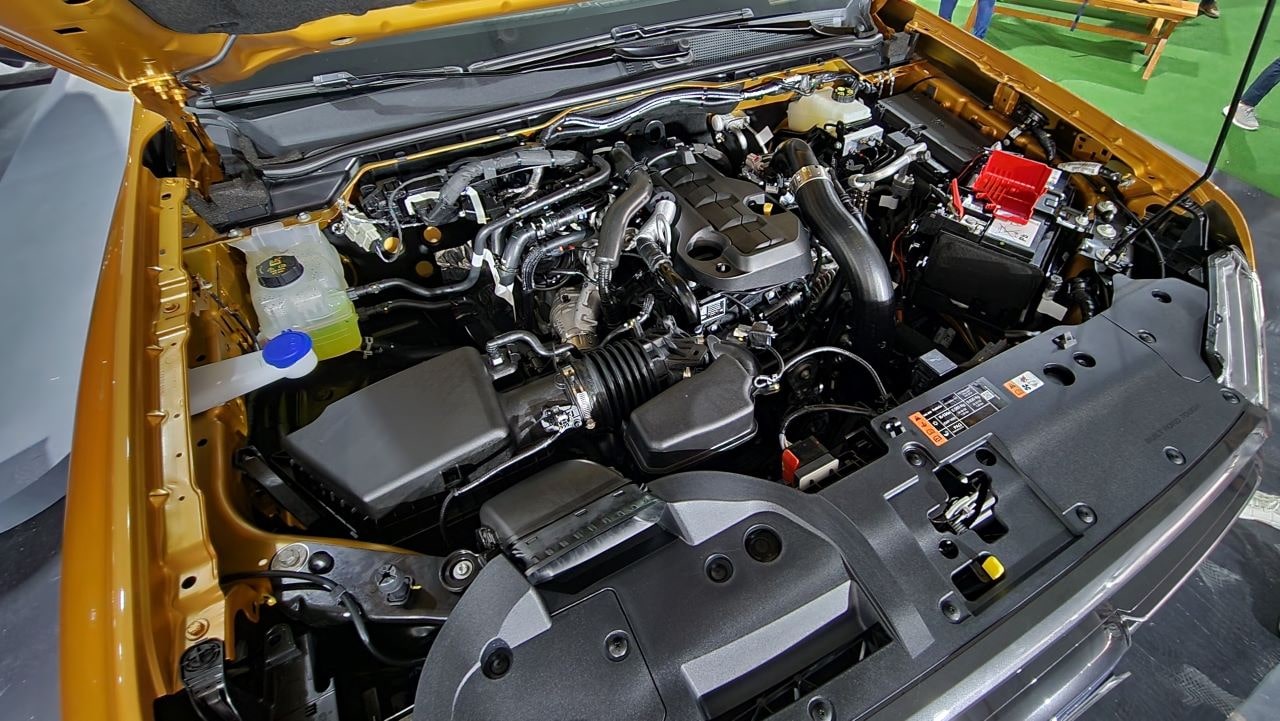 Two engine choices have been made available, depending on the variant that buyers will get. A more “docile” 2.0-liter single turbo diesel engine is one. It is mated to a 6-speed automatic or manual transmission, and it makes 170 PS and 405 Nm of torque. The higher-end models, on the other hand, are equipped with a 2.0-liter bi-turbo diesel engine. Paired instead with a 10-speed automatic transmission, it churns out 210 PS and 500 Nm of torque. For those who want to have fun on the beaten paths, the 4×4 Wildtrak variant that has this under its hood is a shoo-in.

Different driving modes are also part of the Ranger’s draw. To make it more fun and adapt better to any road conditions, drivers can select between modes like Normal, Eco, Tow Haul, Slippery, Mud/Ruts, and Sand. These different drive modes allow the Ranger to tackle any terrain you drive on and deliver optimized performance for different surfaces, road conditions, and vehicle usage.

Safety is also a paramount concern with the Ranger. It comes with a slew of smart driver-assist technologies that include Adaptive Cruise Control with Stop-and-Go and Lane Centering, Lane Keeping System with Road Edge Detection, Automatic Emergency Braking with Pedestrian Detection, Forward Collision Warning, Lane Keeping Aid & Lane Departure Warning, Pre-Collision Assist with Intersection, among others. It also comes with up to seven (7) airbags, providing exceptional protection for everyone inside the vehicle. 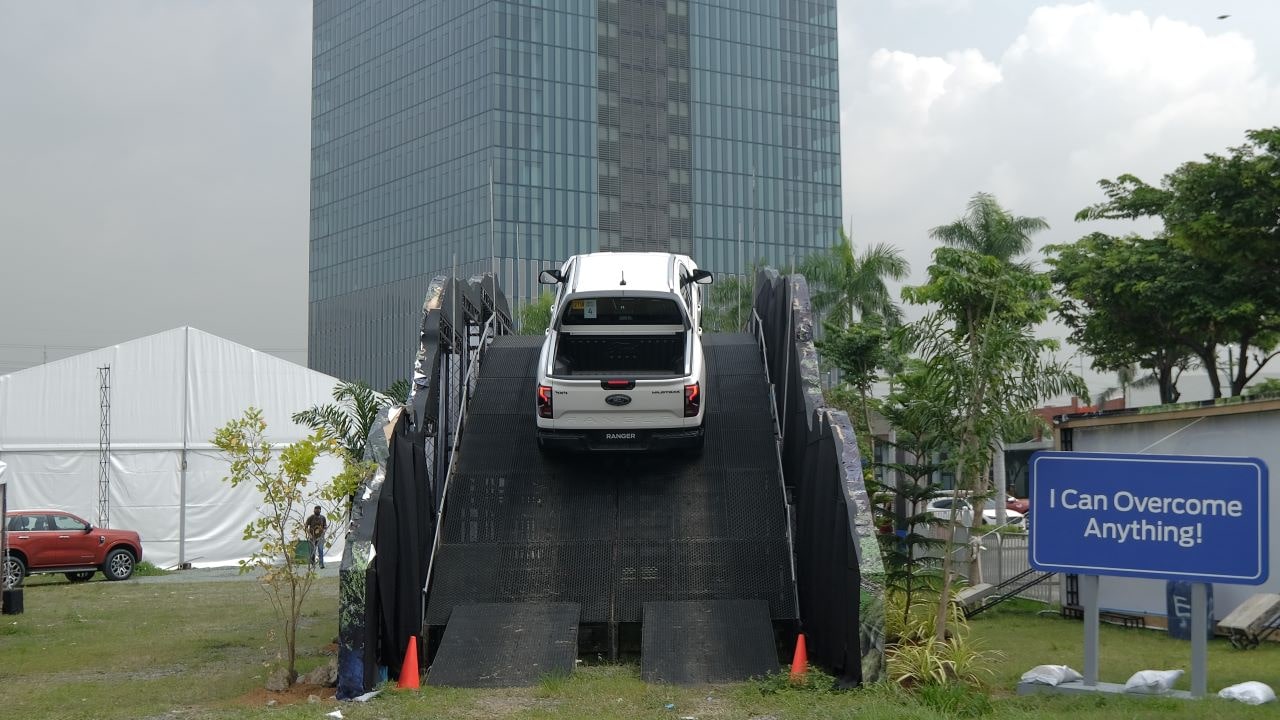 The prices for the 2023 Ranger variants are as follows:

If you’re interested in test-driving or going straight to reserving your own Ranger unit, you can do so here; you’ll find a link for online reservations for either the Ranger or Everest in this article that we previously published.

Currently, the biggest question we have is why there is no Raptor variant on the price list. That particular model/variant has already seen daylight in other parts of the globe, but if we were to wager a guess, perhaps Ford is heavy on using PH customers’ insights and use those to properly tailor the PH-spec Raptor, if and when it does come in. That’s something to wait for.

Nonetheless, there’s a lot to be excited about with the 2023 Ranger. We’ve always found it to be an impressive pickup, and if Ford played their cards right, this all-new model can dominate the segment for a long time to come. Of course, we’ll have to test drive it to get a solid opinion on that matter. Hello, Ford Philippines!

Driving abroad? You need to get an International Driving Permit from the AAP