Home - Feature - All Hail Godzilla: What it was like living with the R35 Nissan GT-R
FeatureAutomotiveCars & Transportation

All Hail Godzilla: What it was like living with the R35 Nissan GT-R

The Nissan GT-R ranks as one of the most legendary and sought-after vehicles ever made. Throughout its storied history, the GT-R has been the outlier in a world of Ferraris, Lamborghinis, and Porsches. It has always offered extreme driving performance without the badge snobbery, it became a legend not because of its name but because of what it could do.

I personally am not a true Nissan GT-R fan, I’ve always respected it for what it is but had no love for the car at all. However, in the Philippines not many brands offer to lend out their top-tier supercars, luckily Nissan does, and who in their right mind would say no?

With an empty mind and an excited heart, I borrowed the GT-R to see what all the fuss was about. Here’s my story on how I went from lukewarm skeptic to boiling hot enthusiast. Surprisingly, I personally don’t find the design of the R35 Nissan GT-R striking. It doesn’t have the “pomp and circumstance” look of a Ferrari, the out-of-this-world design qualities of a Lamborghini, or the recognizable silhouette of a Porsche.

Unless you know what it is, the GT-R can easily hide in normal traffic, the only thing that makes it stand out and draw attention is the sheer size of the whole car. It’s wider, longer, and lower than most vehicles out there and it has a certain unassuming presence that catches certain looks from other motorists. I suppose another reason why the GT-R could be recognizable is the fact that the R35 has been around for nearly a decade if not more already. Its design has remained mostly unchanged just a few nips and tucks have been added over the years just to distinguish it from older versions.

To fully appreciate the Nissan GT-R’s looks, one must gaze at it for an extended period of time in order to see the full picture. Unassuming it might be, the GT-R actually has the sculpted artistic lines to rival any modern supercar. 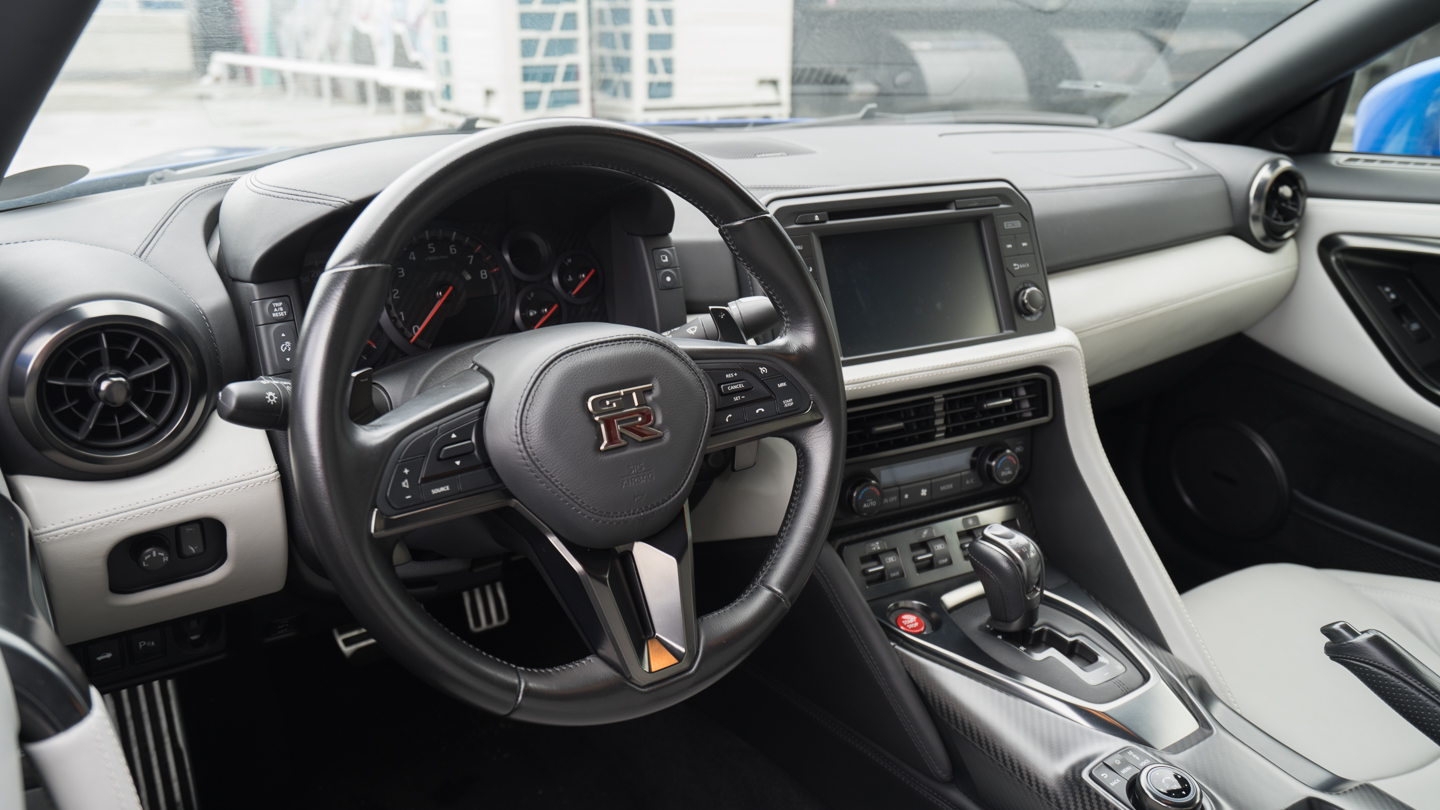 Can you use one on a daily basis?

This was the main question I wanted to answer, after all, if you spend upwards of PHP 7 Million pesos you would like to get their money’s worth. To test the theory I drove the car around the ‘Metro’ during a payday Friday, and it wasn’t just a trip to the shops to buy milk, I drove it all around the city. 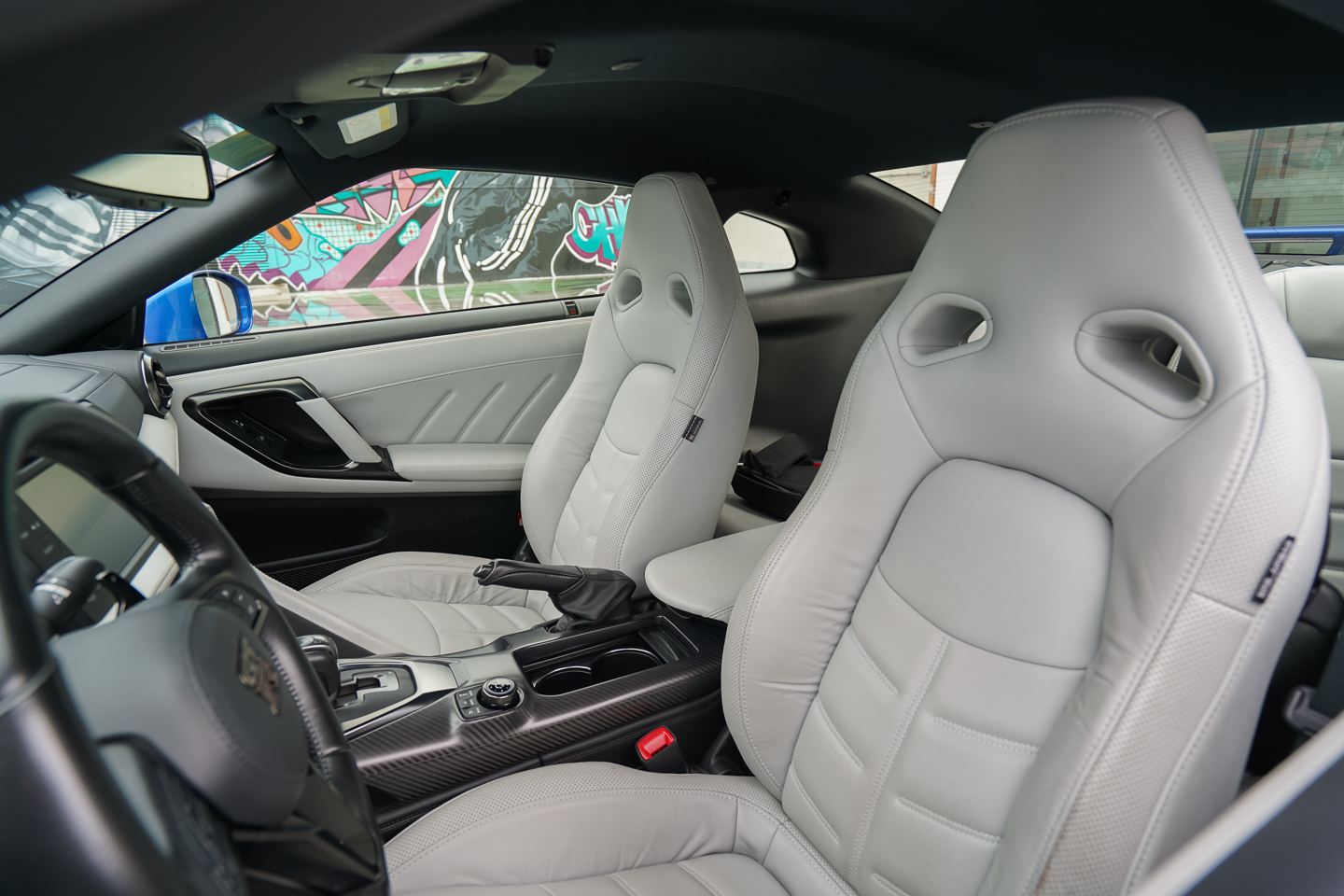 Here are my realizations about daily driving a Nissan GT-R:

The truth is Manila is not a Metropolis built to be friendly to cars like the GT-R so that in itself makes it difficult to truly use it on a daily basis. However, if you’re as mad as I am you could do it if you wanted to. It’s “comfortable” enough to drive, and its saving grace has to be its ease of operation. There’s nothing confusing about any of its ergonomics, most of the controls are straightforward and easy to come to grips with. 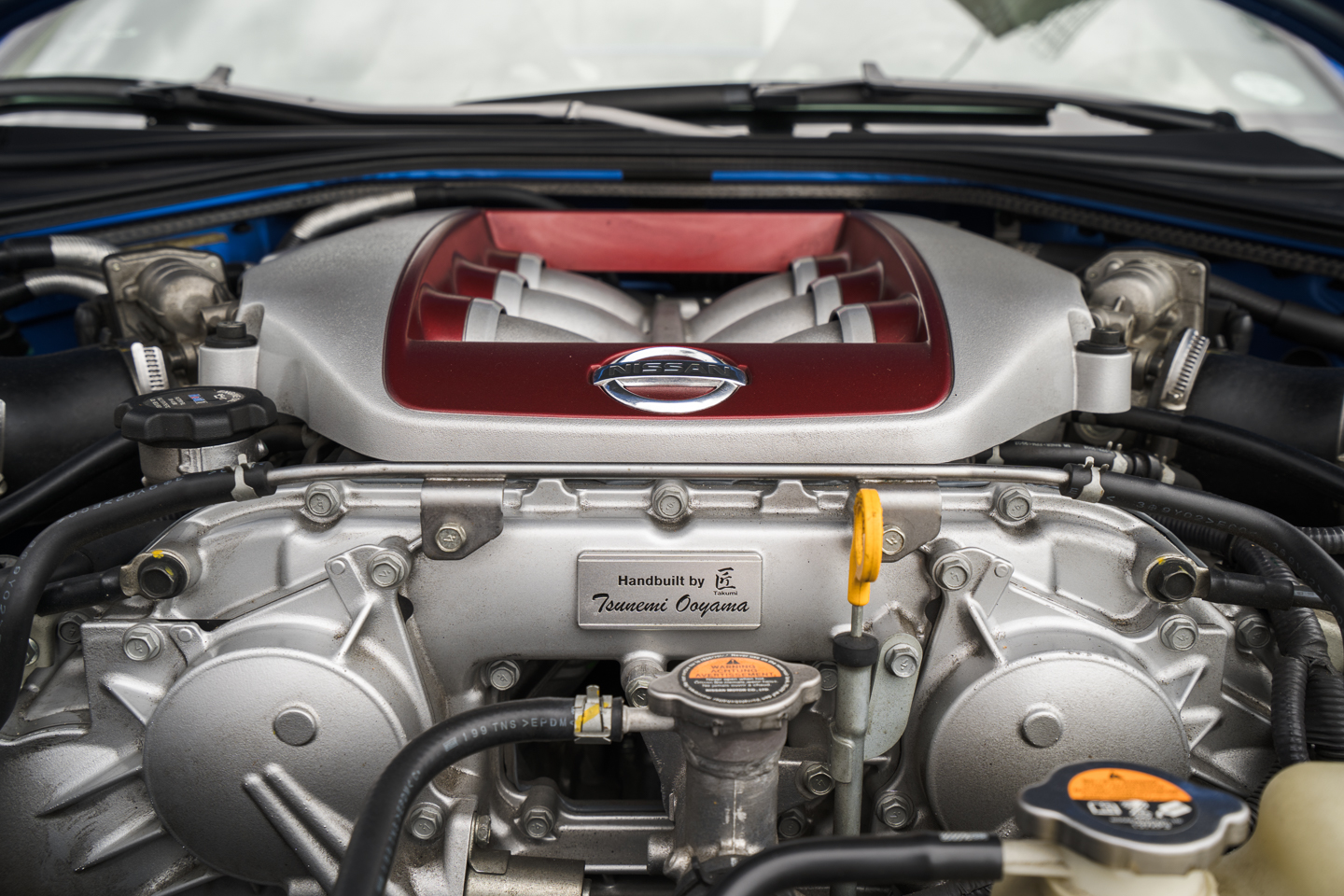 Giving it the beans

You didn’t really think I just borrowed the Nissan GT-R to putter around the city? of course I had to find out what it was like if you poke it with a stick.

The beating heart of ‘Godzilla’ is the 3.8-liter V6 twin-turbo (VR38DETT) that belts out 570 PS and 633 Nm of torque. It has a 6-speed dual-clutch transmission that sends the power to a performance-oriented all-wheel-drive system.

Fantastic performance figures eh? well, its on-paper performance pales in comparison to what it actually feels like. On one long empty stretch of road, I had found the courage to poke the monster and My Lord did it get angry. After one downshift from the paddle shifters woke the engine from its slumber and the GT-R growled and lunged almost instantly.

The acceleration was so forceful and instant that I was reminded of riding a roller coaster, that all familiar knot in my stomach presented itself as it sped up more. Despite the violent acceleration, the Nissan GT-R didn’t feel unhinged or on rails, it was still planted and very sure of what it was doing, in short, I barely scratched the surface of what it could truly do. 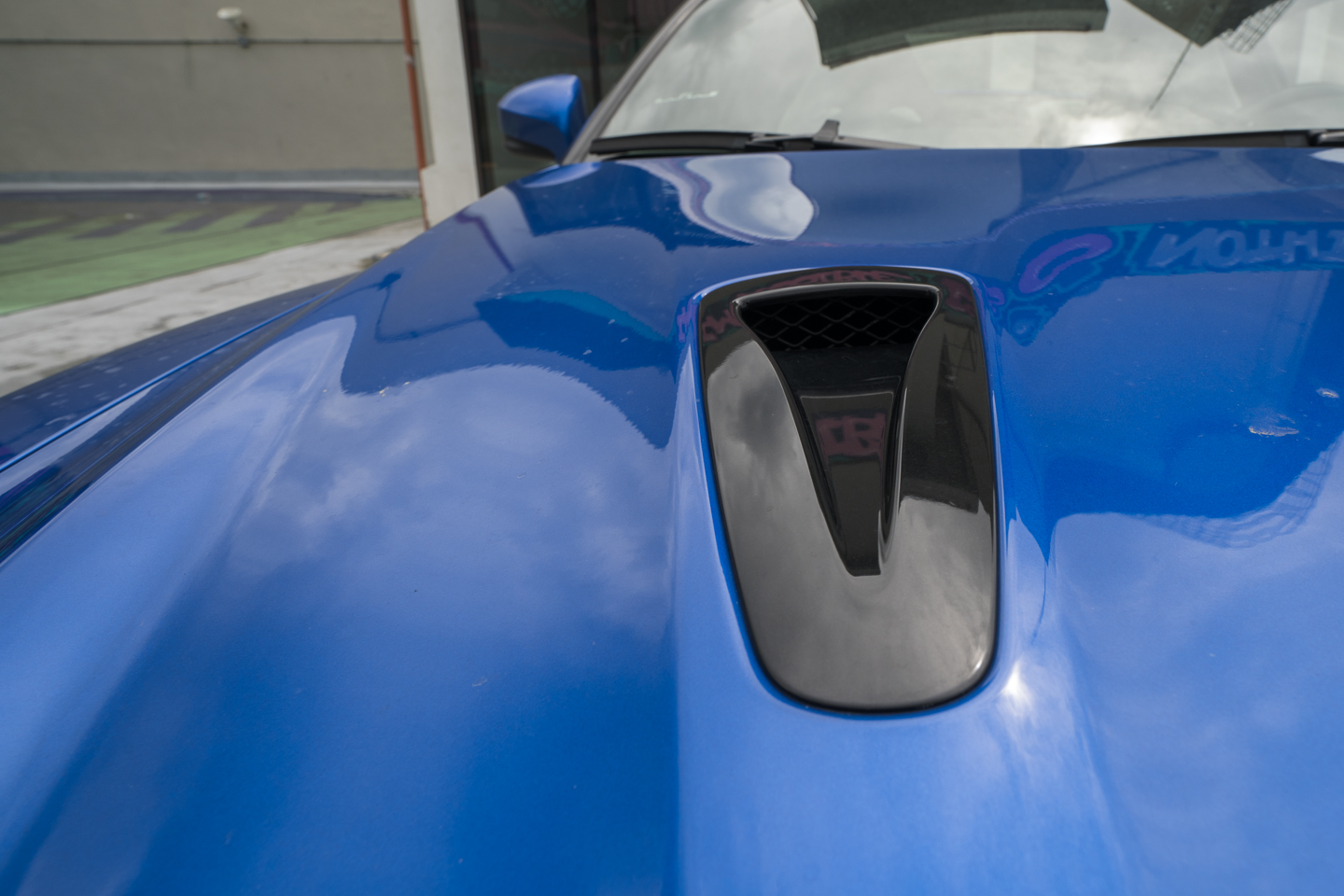 Handling wise the Nissan GT-R feels heavy, it almost has an old-school raw approach to steering and handling. Only once you’re at speed is when the car gets a little lighter, but don’t think for one second that it moves like the real Godzilla. On sharp corners and mountain passes, it becomes agile and it’s as if it sheds all its weight and it starts to feel like a track-focused weapon. 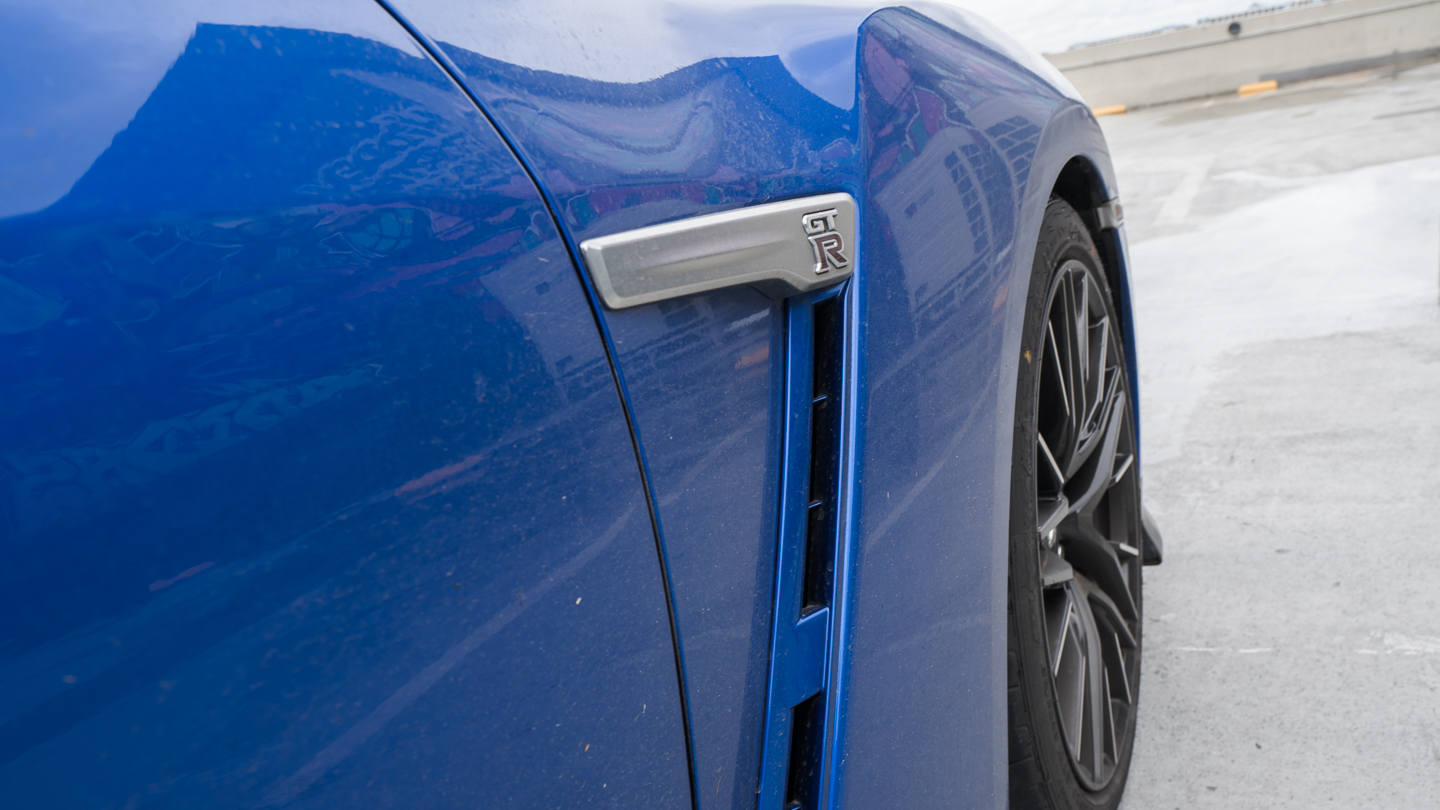 Next up is the truly hypnotizing engine note, a supercar is expected to sound ‘super’ and the GT-R does. Even if it only has a V6 it growls and screams at higher rpm its a truly intoxicating experience hearing that engine. I found myself turning off the Bose sound system and opening the window just to hear it better.

Summarizing what it’s like to drive is like explaining art, the experience is personal and very subjective. What I can say is that the Nissan GT-R is capable and just as advertised, I would advise that if you plan on poking it with a stick you need to be able to back it up. When the time came to return the Nissan GT-R reality hit me, that the R35 is the last of its kind. In a world where fuel and electricity are fighting for automotive propulsion dominance, the GT-R is a symbol of old-world fuel excess. More brands are veering toward EVs even for their performance models, and rumor has it that the next GT-R will follow suit.

In all honesty, the R35 isn’t perfect and most of its competitors have been updated and reborn. The GT-R though, just like the monster it’s named after doesn’t care one bit. You would be foolish to dismiss it as an old try-hard, in the right hands the GT-R still has what it takes to beat them. Whether the R35 Nissan GT-R will go down as one of the GT-R greats is immaterial because to someone like me who only ever dreamt of sitting in one it’s the best of the bunch. No other driving experience has ever come close to what the GT-R has given me, and for that, I am eternally grateful to it, All Hail Godzilla.

LRT-1 Operations to be suspended on December 3 and 4

Is the LTO Drive-Thru the answer for fast and convenient motor vehicle registration renewal?