Home - Feature - Experiencing the new Nissan Kicks E-Power for the first time; To be launched in August – Feature
FeatureAutomotiveCars & Transportation

Experiencing the new Nissan Kicks E-Power for the first time; To be launched in August – Feature

One of the most hotly anticipated and talked about vehicles is the Nissan Kicks. This is not just because it’s the replacement for the polarizing Nissan Juke, but because Nissan has been teasing the Kicks since MIAS as the first car to debut the brand’s version of a hybrid system called E-Power.

Fast forward to now, Nissan Philippines invited me along with other motoring journalists to experience the new Nissan Kicks and the E-Power technology. This was not just your typical destination media drive though, it was a track day held at the Clark International Speedway. 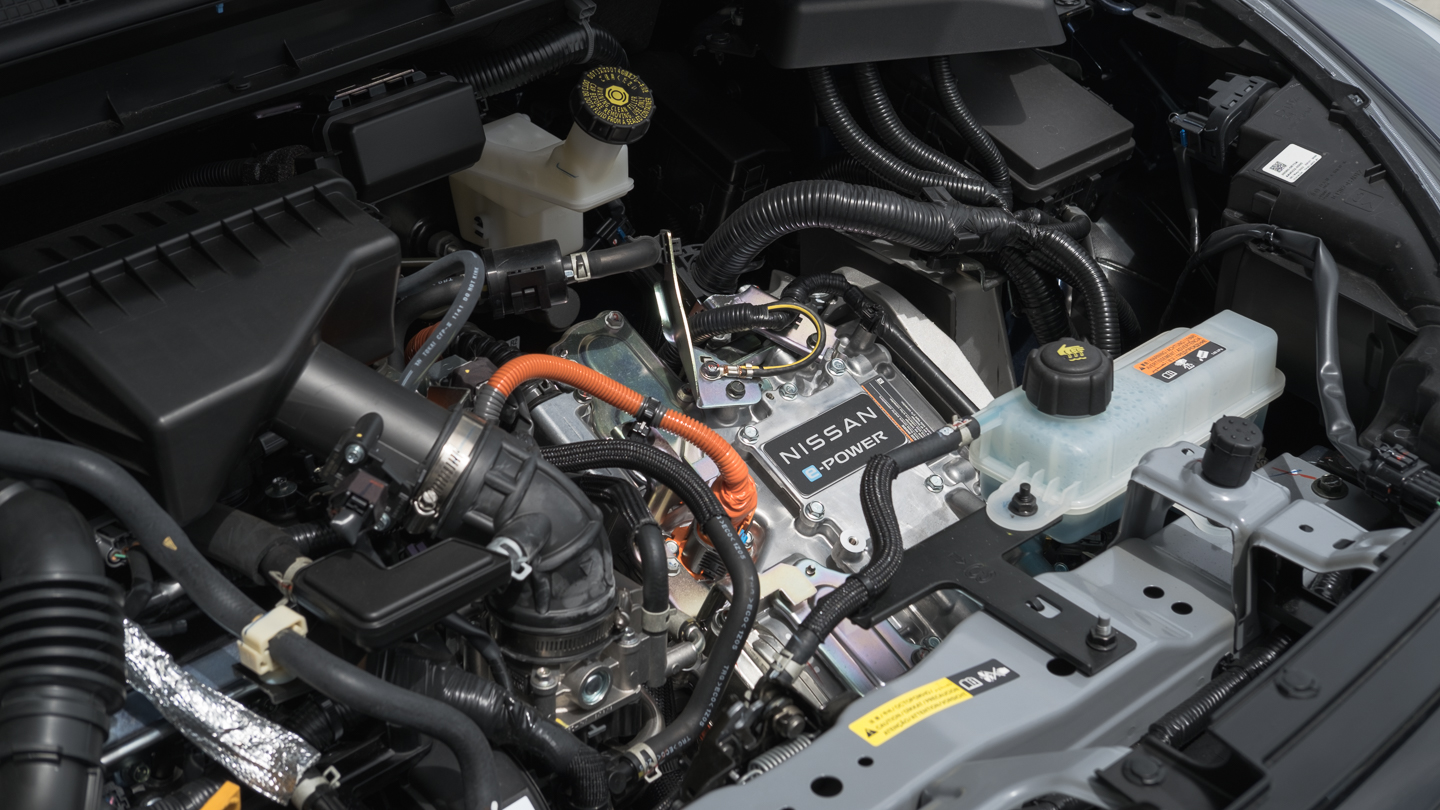 What exactly is E-Power?

The first day of our experience was mostly explaining in better detail what E-Power is. Nissan Philippines even brought over 2 experts from Japan to join the panel and lecture us on the finer points of the E-Power.

It must be said that ever since Nissan announced that the E-Power will be making its way here to the Philippines a lot of people were confused as to what it really is. 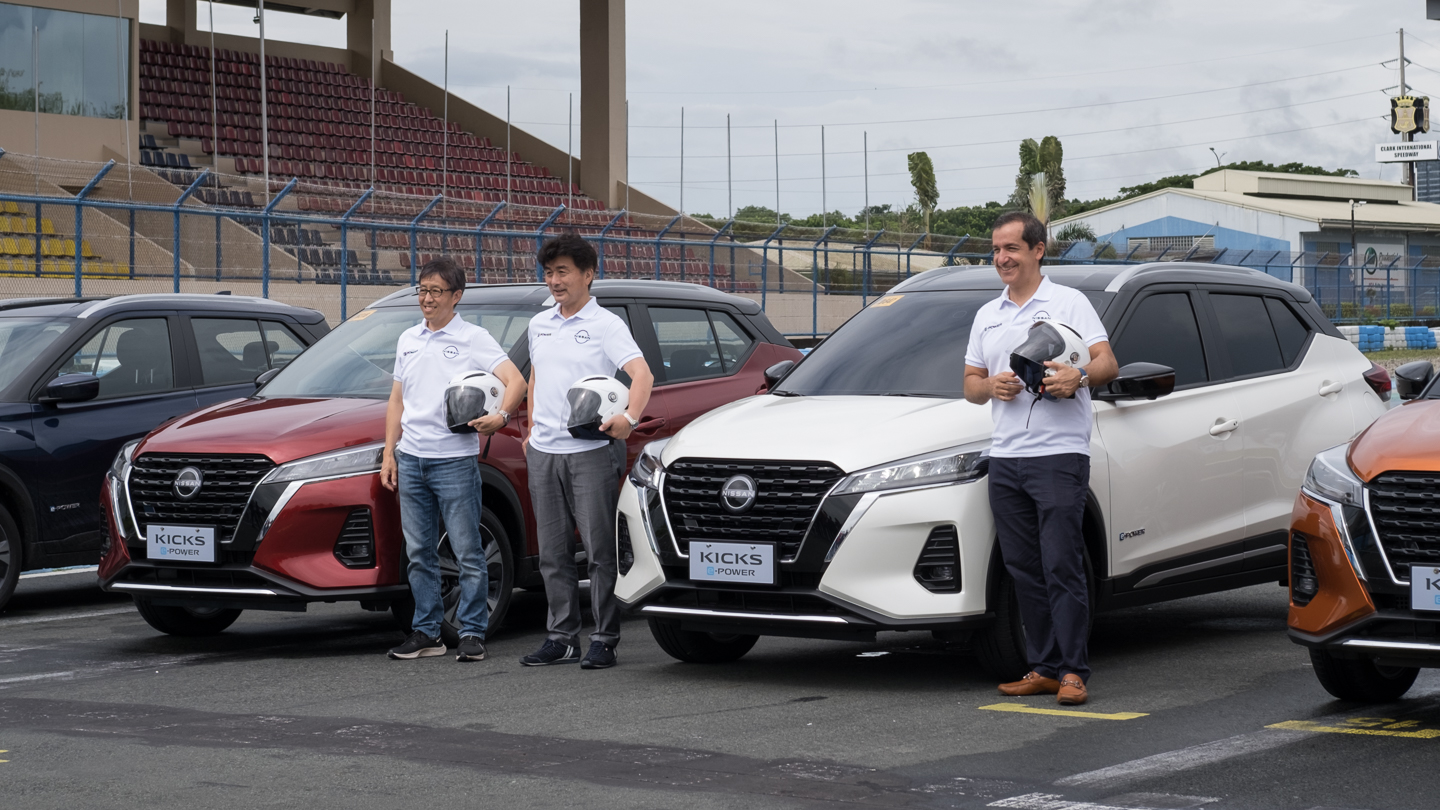 Is it a conventional Hybrid system? Is it a pure EV? The short answer is that it’s both.

Now, as to not bore anybody and in an effort to try to get the point across as easy as possible let me explain to you in layman’s terms how it works. The E-Power technology that will be found in the new Nissan Kicks has the following components:

These are things commonly found in a conventional hybrid system, but that’s where the similarities end. It was explained to us that the E-Power technology differs from a hybrid in one big way.

For the Nissan Kicks, the normal Internal Combustion Engine (ICE) is there purely to charge the battery. What this means is, that the gasoline engine has no mechanical connection to the wheels. So what’s driving the Kicks? That would be the electric motor and battery.

The gasoline engine only acts as a generator and charger for the battery and electric motor, so it means that the Nissan Kicks runs without the engine if the battery is charged up enough. 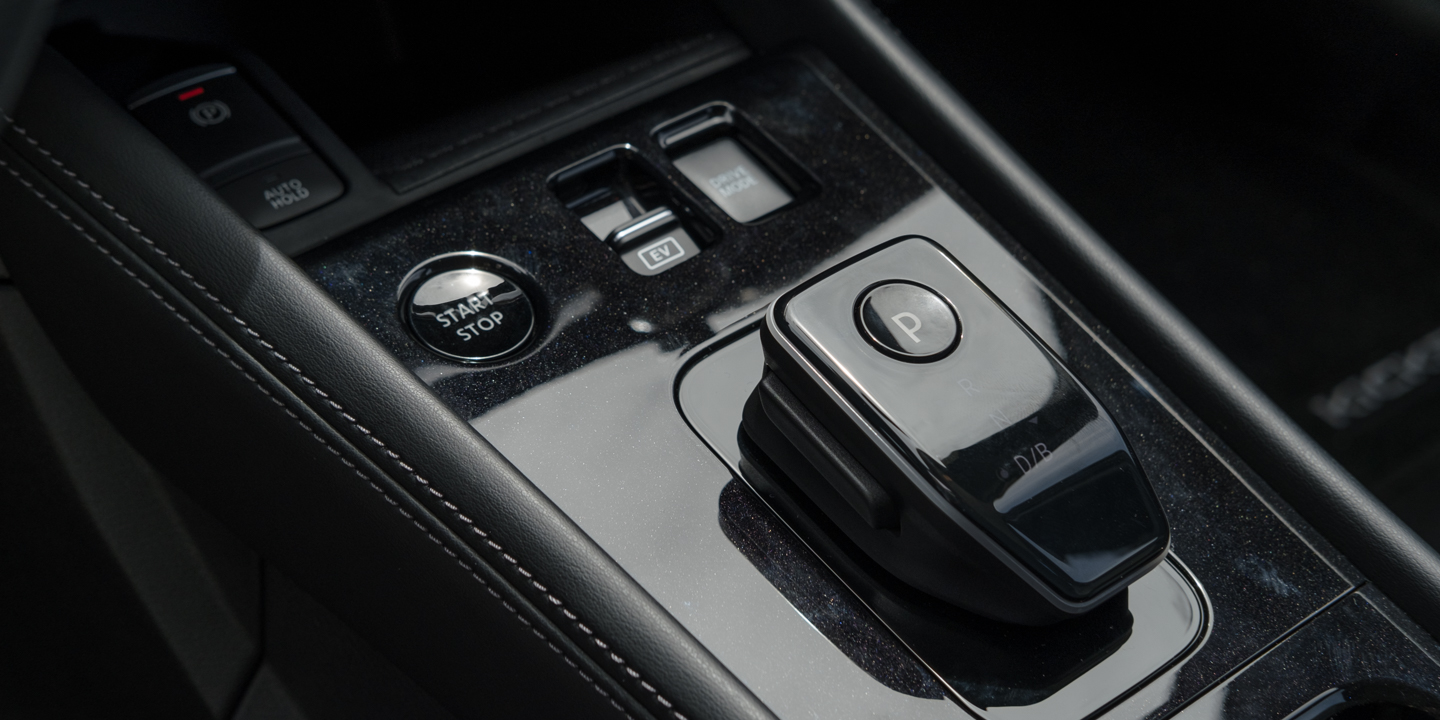 Should the battery run low, that’s the only time the engine makes itself known and starts up to charge the battery. Should you be curious enough to ask, No, it does not come with a plug-in option.

Why would Nissan do this? well according to them it’s a simpler and more effective way to address “range anxiety” while overall performing better to improve fuel economy and reduce emissions than conventional hybrids. 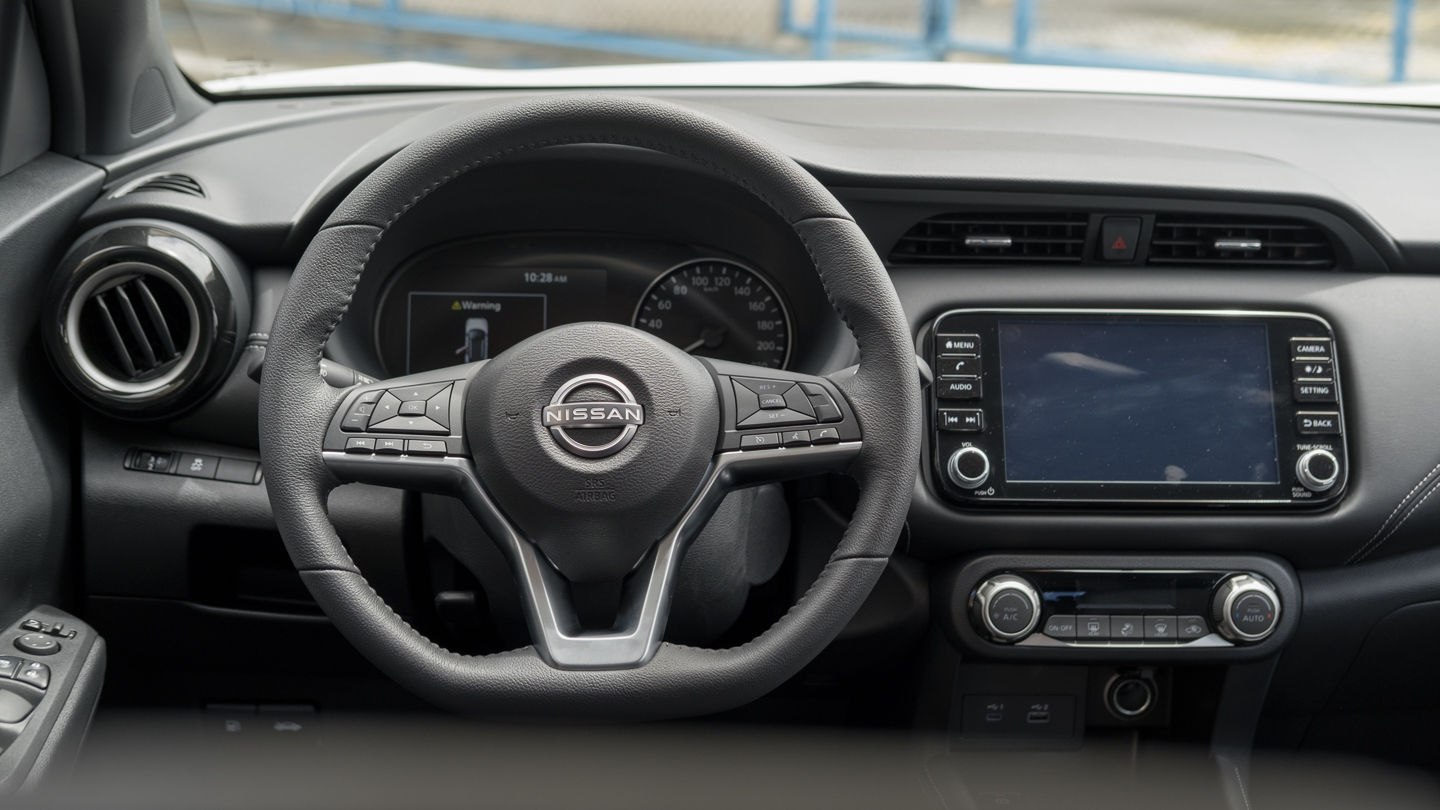 To sum it all up, Nissan says that the E-Power technology found in the Nissan Kicks “is a 100% electric motor drive system, that utilizes the Battery Electric Vehicle (BEV) technology perfected in the Nissan LEAF, adding a gasoline engine to generate electric power”.

After the presentation, a lot of questions were raised as to the value of the E-Power, Nissan stood firm behind their technology and assured us we would feel the benefits when we test the car the following day.

Skeptic but hopeful, I trusted them, and they were right. 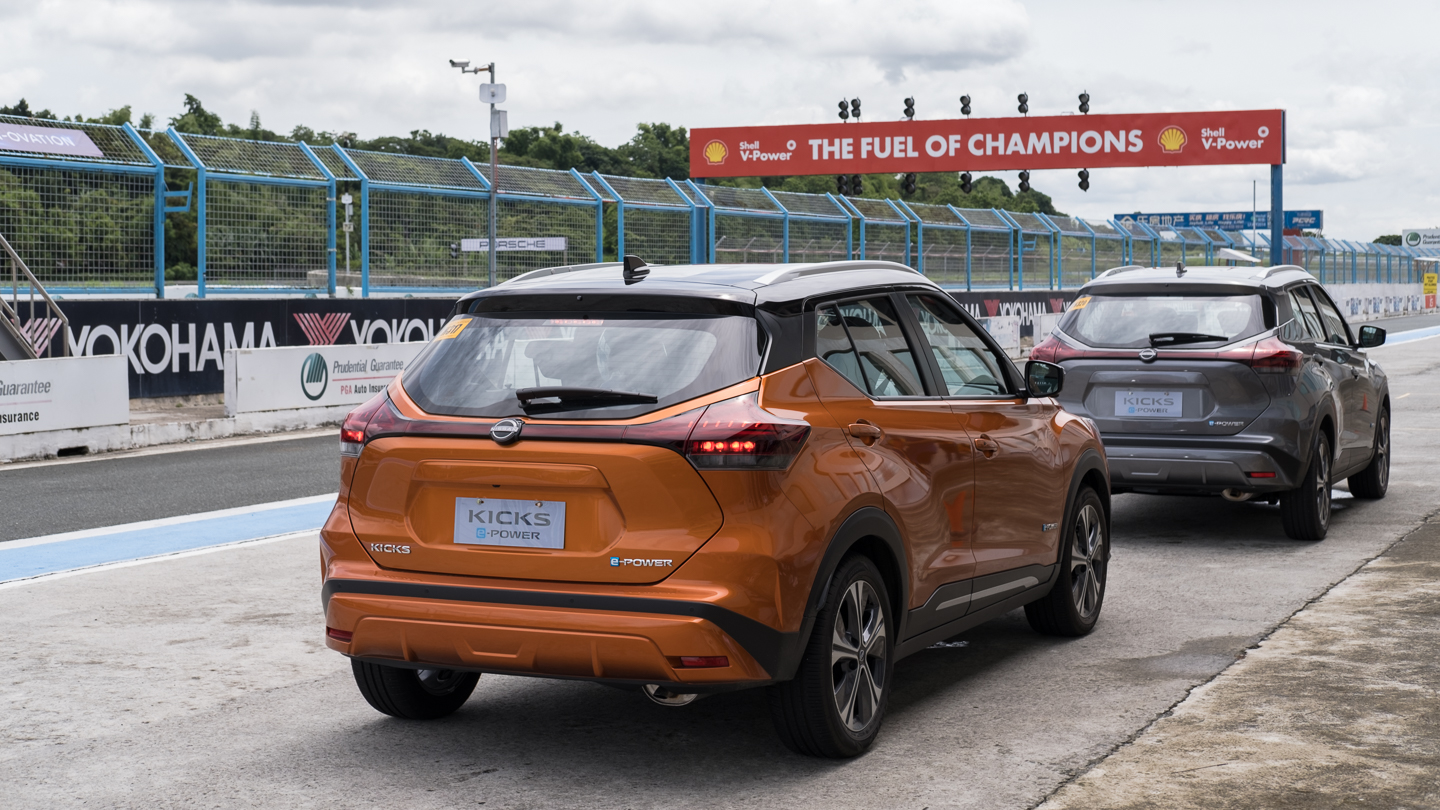 The track was set up to make us feel one of the main highlights of the E-Power technology; the “E-Pedal”. It essentially allows the driver to drive only using the gas pedal, depress it to move forward, and let go to allow the car to do “regenerative” braking. 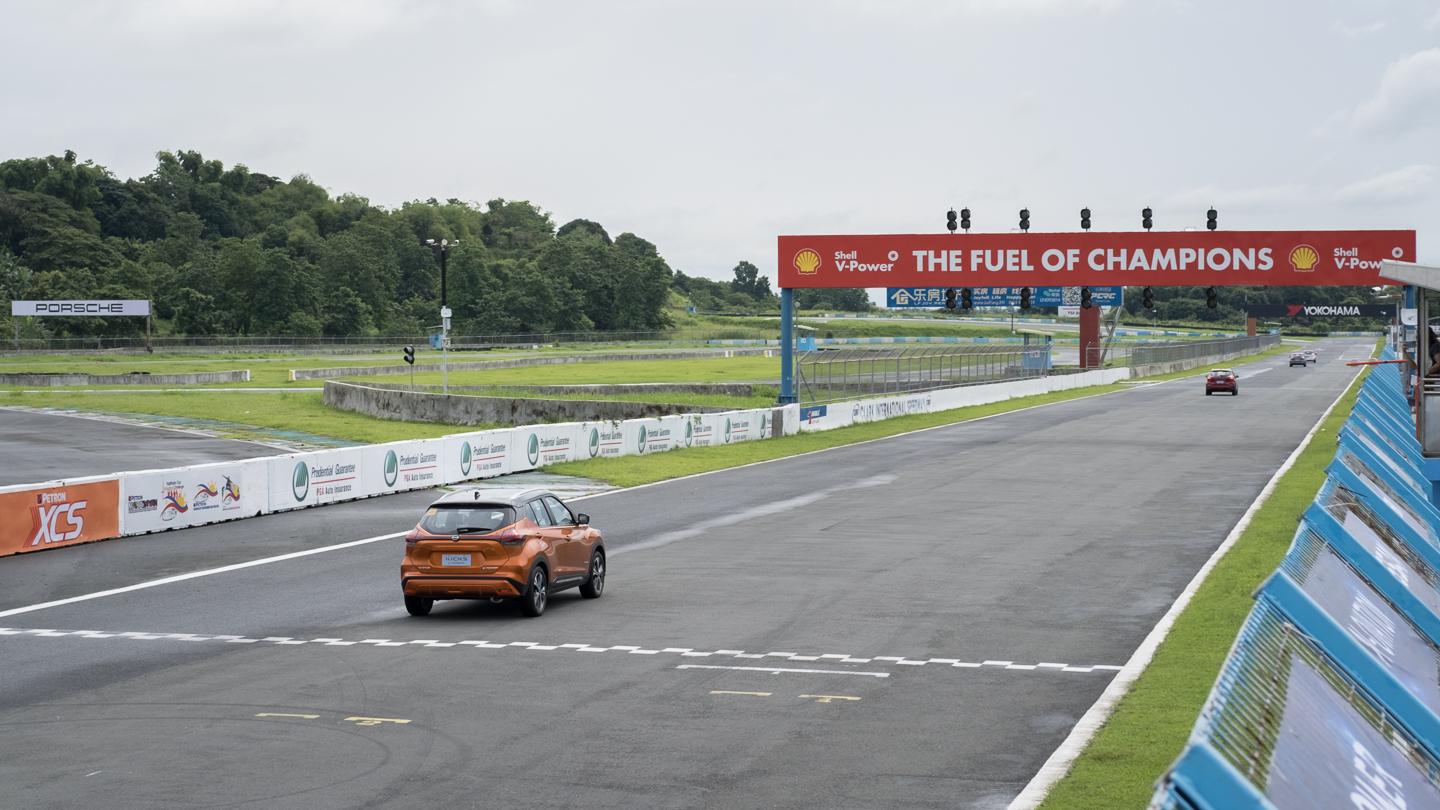 Regenerative braking is a technology found in most hybrids and EVs, it turns the energy generated from braking into an additional “fuel charge” for the battery and electric motor.

With that in mind, our task on the track was simple. We were instructed to drive 1 whole lap of the track without using the brake pedal. For conventional drivers, that is a total paradigm shift.

When it was my turn to get into the Nissan Kicks, I was excited but nervous at the same time, would the E-Power technology really present itself? or would I be the unlucky soul that proves its shortcomings? only one way to find out, I put the car in gear and drove. A few corners into my lap I have to say that I somehow got used to the “one pedal” driving technique (even if my foot was aching to slam on the brakes). There was even 1 corner where I entered at around 110 Kph, but the car braked enough on its own to allow me to take the corner safely without flipping the car.

Also, at lower speeds, the Nissan Kicks was as quiet as an EV because it was actually on EV mode. It was only when I slammed hard on the gas pedal did the engine come to life to offset the energy being drained by my led foot. 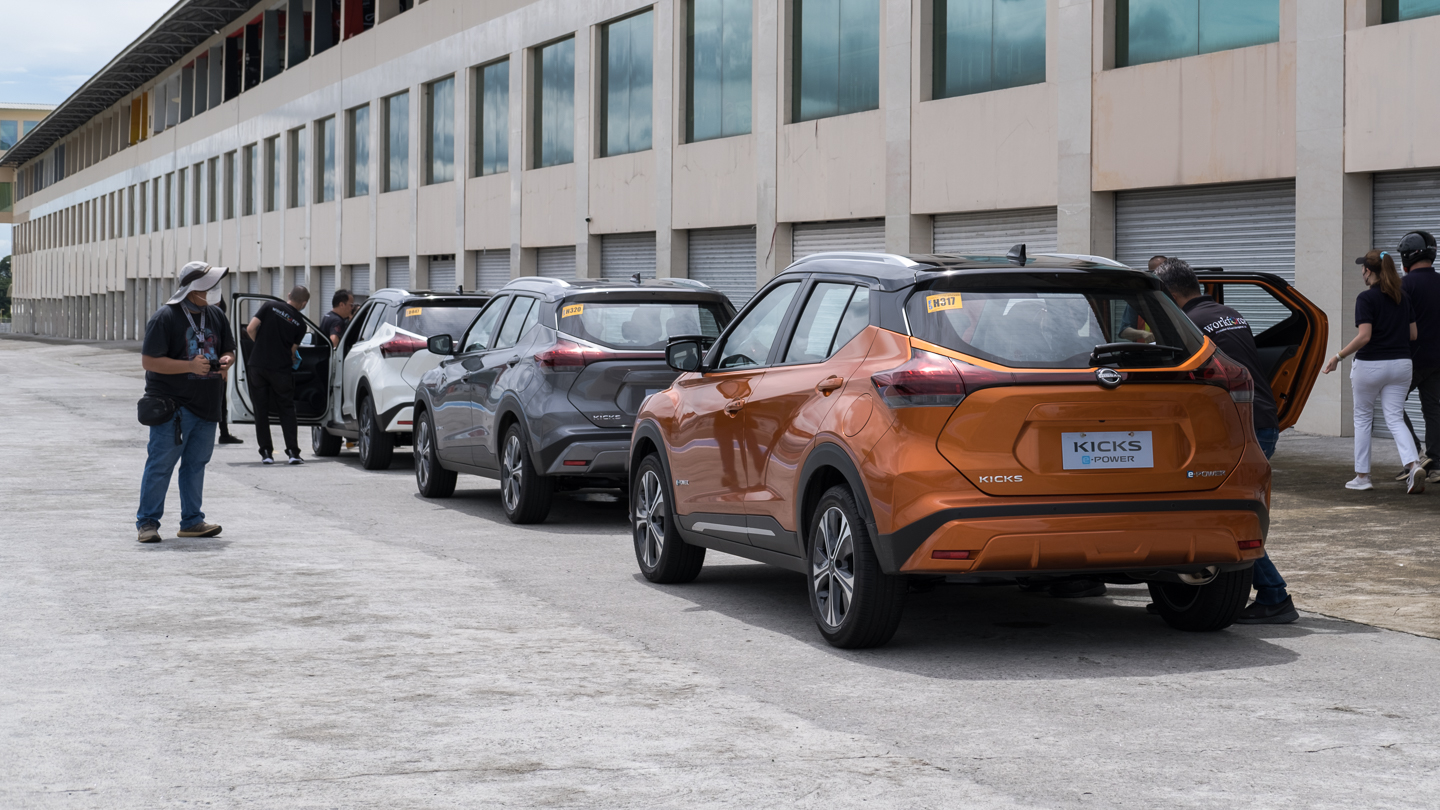 Needless to say, the technology works in the sense that until absolutely necessary the Nissan Kicks E-Power only uses the electric motor. Furthermore, the E-pedal also helps recharge the battery while driving.

What we weren’t able to answer is the critical question, “Does it save you fuel like a hybrid does?” This was because we were only allowed to drive the Nissan Kicks on track, and not out in the real world. Lastly, while we were allowed to drive the Nissan Kicks in all its E-Power glory, we weren’t given any specs and prices. So unfortunately I can’t share with you how much power it makes and if it’s affordable.

That vital question and other lacking information will soon be answered when the Nissan Kicks launches soon, according to Nissan it’s just around the corner.

In finality, I can say though that I was able to experience enough to claim that the Nissan Kicks E-Power is no joke, the technology is proven and all it needs now is a proper review. Stay tuned for that!