Geely has launched its electric vehicle brand Radar Auto, and with it, they showed off their first fully-electric pickup, the Radar RD6. A lot of teasers have been posted online about this new EV pickup, and reception thus far has been good. Now that it has been uncovered in its home market, we see why there’s been quite the hype surrounding it.

Radar (which stands for Rational Alone Discovery Accompany Romantic) Auto is Geely’s sub-brand solely for electric “lifestyle” vehicles. It’s more of a sister company seeing that it’s an independent brand albeit still under the Geely Holding Group. The brand plans to delve into the world of EV pickups and SUVs along with other vehicles in the future and with their own R&D facilities, they won’t have too much trouble in doing so.

Aside from the brand being launched, they took the covers off their first EV, the Radar RD6. A look at the pickup shows that it has Geely’s design all over it, and we’re not complaining. Geely’s vehicles were always good-looking specimens and the RD6 is no different. It wasn’t a full-on launch, but now we get a peek at how it looks in the metal. 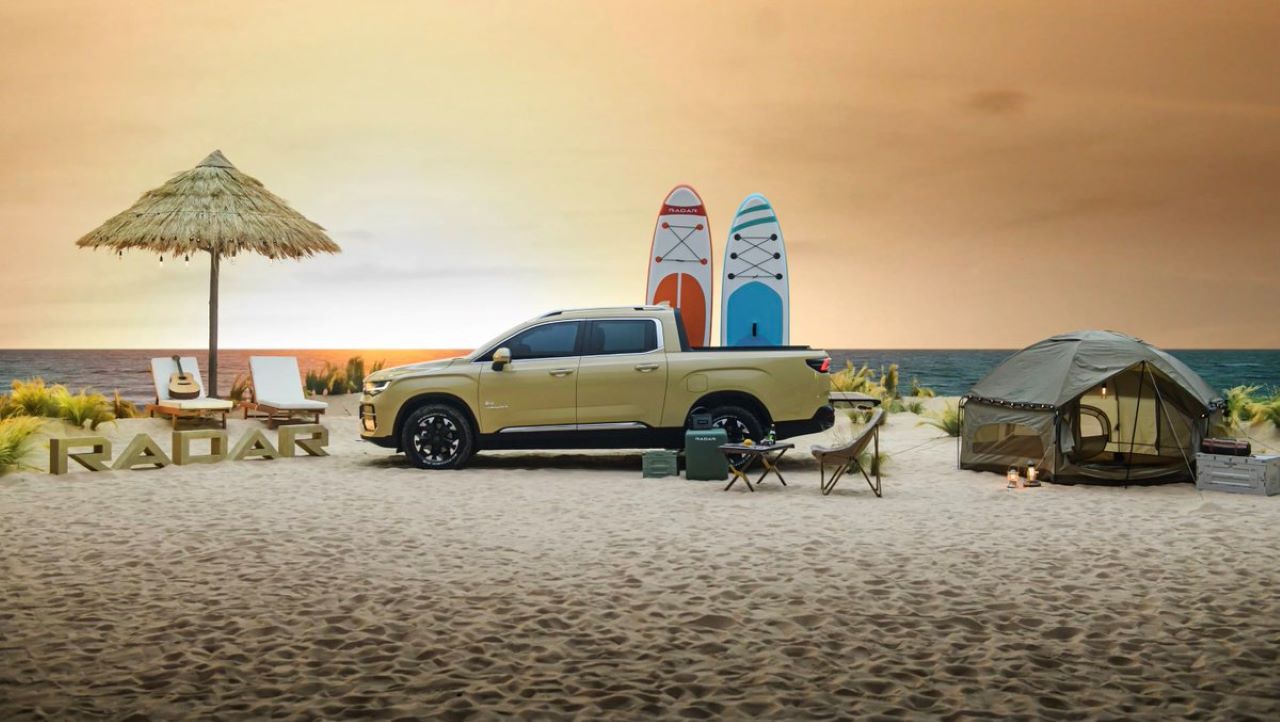 More than just looking good, the Radar D6 was made with its unique… quirks. Looking at the front, a light bar in the middle of the grill is neatly incorporated into the headlight DRLs. Headlights being mentioned, they get a pretty aggressive design, and their stretching right into the wide fenders gives the Radar RD6 a mean look. Add the muscular front bumper design and you get what is colloquially referred to by us Filipinos as “macho”.

See also  Angkas to launch own motorcycle ambulance service in 2019

On the side, you’ll see a good balance of chrome and black accent pieces. It seems Radar didn’t want to overdo either, and they did a pretty good job. There’s a good amount of heft and width when you look at the Radar RD6 from this angle, and you aren’t wrong. It looks like as sizeable as any pickup should, and that’s always a plus point when looking for a hauler.

The quirky Geely design cues continue to the rear. Compared to most if not all pickups you see in the market, the Radar RD6 has an LED bar spanning the width of the tailgate. They also opted to relocate the plate holder from the rear step board onto the tailgate itself. With what limited photos were released, we can make out some cool details like a pretty big cargo bed, and some electrical outlets that make keeping gadgets charged while “glamping” much easier.

“Understanding this new market segment and creating a new brand specifically for these unique users has been the highlight of my career so far. Radar Auto will be purpose-driven from the outset and that purpose is to allow users to explore the world in a more sustainable way,” said Dr. Ling Shi Quan, Radar Auto CEO 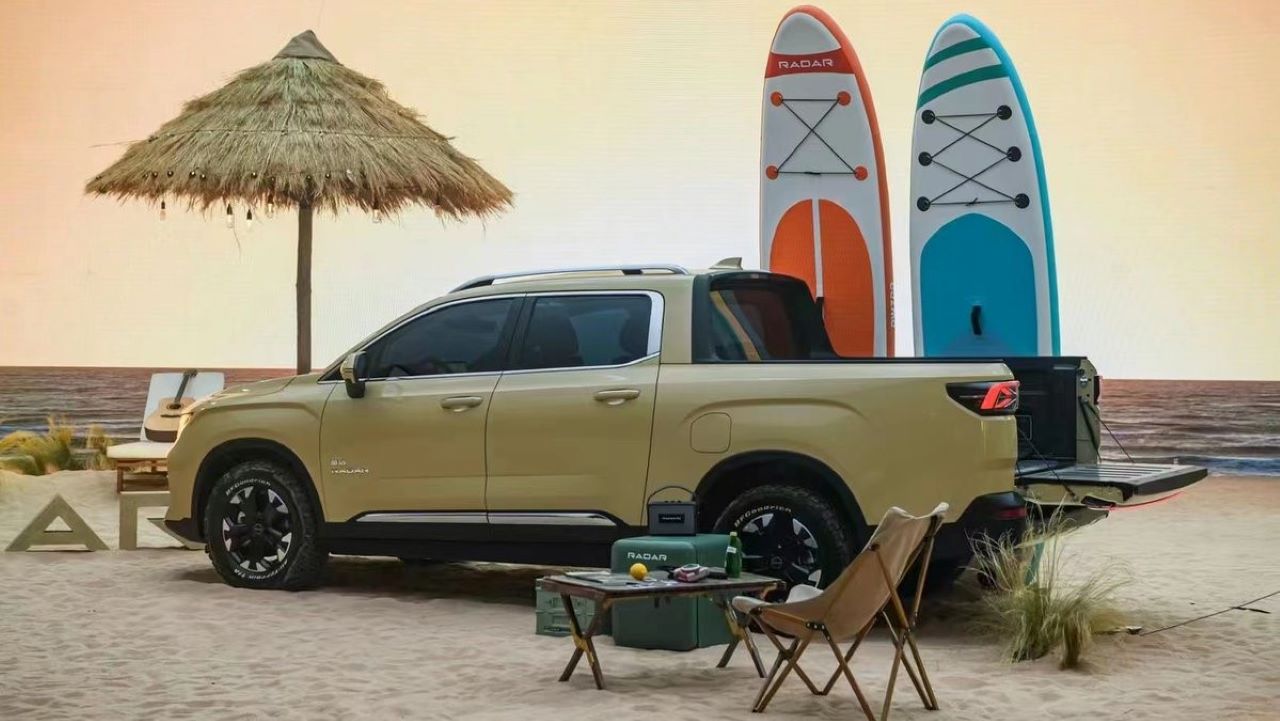 Since it’s not the official reveal of the Radar RD6 yet, we don’t have specifics of the power plant and electric motors that will drive the new EV pickup. Given that it sits on Geely’s Sustainable Experience Architecture Platform, they can opt to either give the truck a single or dual-electric motor setup. The platform will most likely allow a choice of different drivetrains as well; we hope there’s a 4×4 option, of course. More details about the Radar RD6 will be “announced in due course” and with that, Geely and Radar Auto just whet everyone’s appetites more.

The chances of this coming to the Philippines are very real. Geely’s meteoric rise and popularity in the Philippines is proven by the sheer number of their vehicles plying our roads, and using this to break into both the pickup truck and electric vehicle markets would be a very good move.

Would you consider getting the Radar RD6 over the more established diesel-powered pickups we have in the country? We’re still curious, but with Geely‘s reputation and quality, and after a proper test drive (perhaps?), we just might. But we’ll save our final opinion on if and when the RD6 reaches our shores.

Experiencing the new Nissan Kicks E-Power for the first time; To be launched in August - Feature

DOTR, LTFRB teams up with PayMaya to provide PUV drivers with a cashless payment option