The Honda Civic Type R is such a revered model in the brand’s lineup. Its newest iteration is being touted as “the most powerful ever”, and if looks were anything to go by, it probably is. Ladies and gentlemen, here we have the 2023 Honda Civic Type R, and it is everything we expected and more.

2023 model is the most powerful Honda Civic Type R. Ever.

The reveal took place at a special event in Los Angeles, as we had previously reported. Now based on the 11th generation of the Civic, Honda stated that it has been built from the ground up to deliver a thrilling, addictive driving experience, both on road and the racetrack. Fans would know that the “CTR” was always meant to be driven hard, but come the FK8 – its previous generation – we were all introduced to the fact that it is a beast that can be tame on the streets. And that was a treat! Looking at the all-new Type R, it’s definitely longer, lower, and wider than its predecessor. It has a great balance of sleek and muscular angles that are actually functional. Yes, all the lines, creases, bulges, and ground effects work to give the CTR well-balanced downforce and reduced drag. Keeping all of it on the ground is a set of 19″ alloys with wide 265/30 tires.

A new front bumper has been designed and it looks meaner and more aggressive with its honeycomb mesh grill. Just to go back to form and function, the fender vents and side sill design behind the front wheels also make for enhanced airflow. The heft and width of the aerodynamic design are accentuated by the wider rear doors, a redesigned spoiler, and a new rear bumper that shows off the Type R’s signature three-outlet exhaust. Oh, and a diffuser was slapped on by Honda for good measure, too. 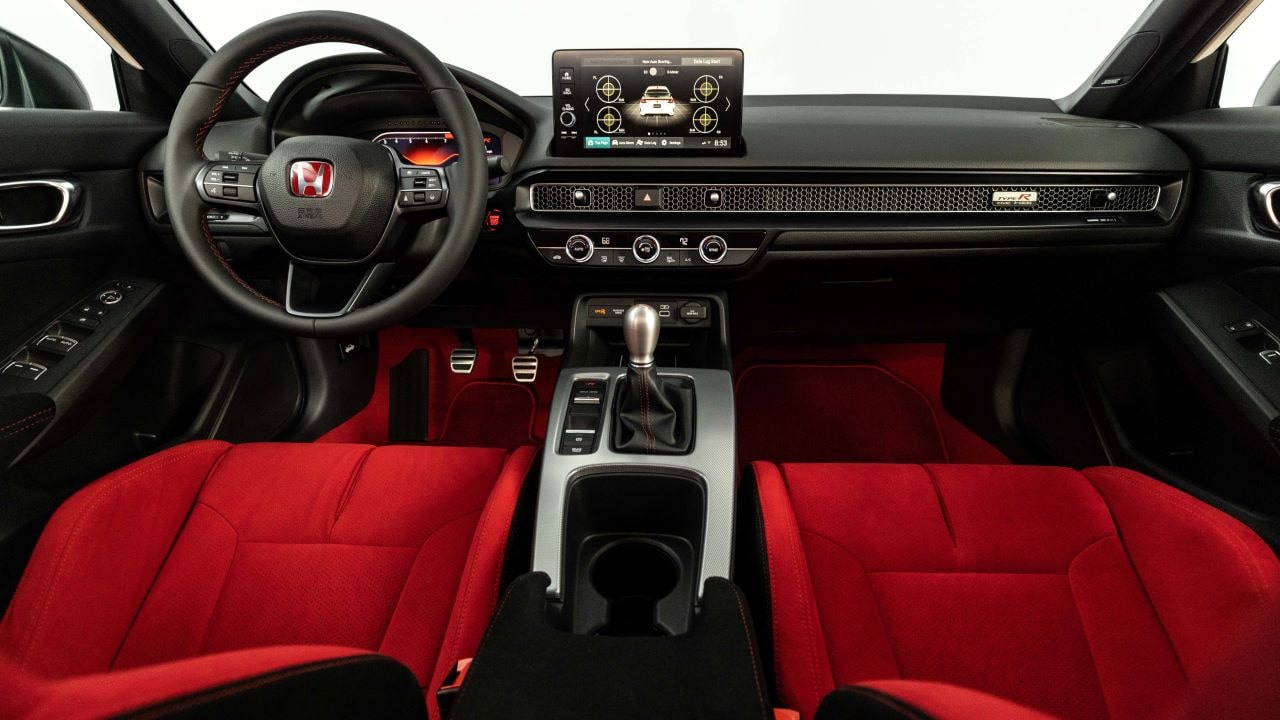 Inside we see the current and newest design language of Honda. As this is based on the Civic, it has the same grill-design dashboard, center- and shifter console, with the exception of a manual gear lever. Of course! The serialized badge has also been moved from the shifter console to the passenger side dashboard. It looks the same as before, though, but we’re not complaining.

A combination of red and black is the motif of choice, as always. You’ll find them in patches of leather, Alcantara, and suede-like upholstery which Honda says has “a high friction coefficient reduces body slippage in high-G driving situations”. Maximum cornering attack with less in-seat slippage? Why not! 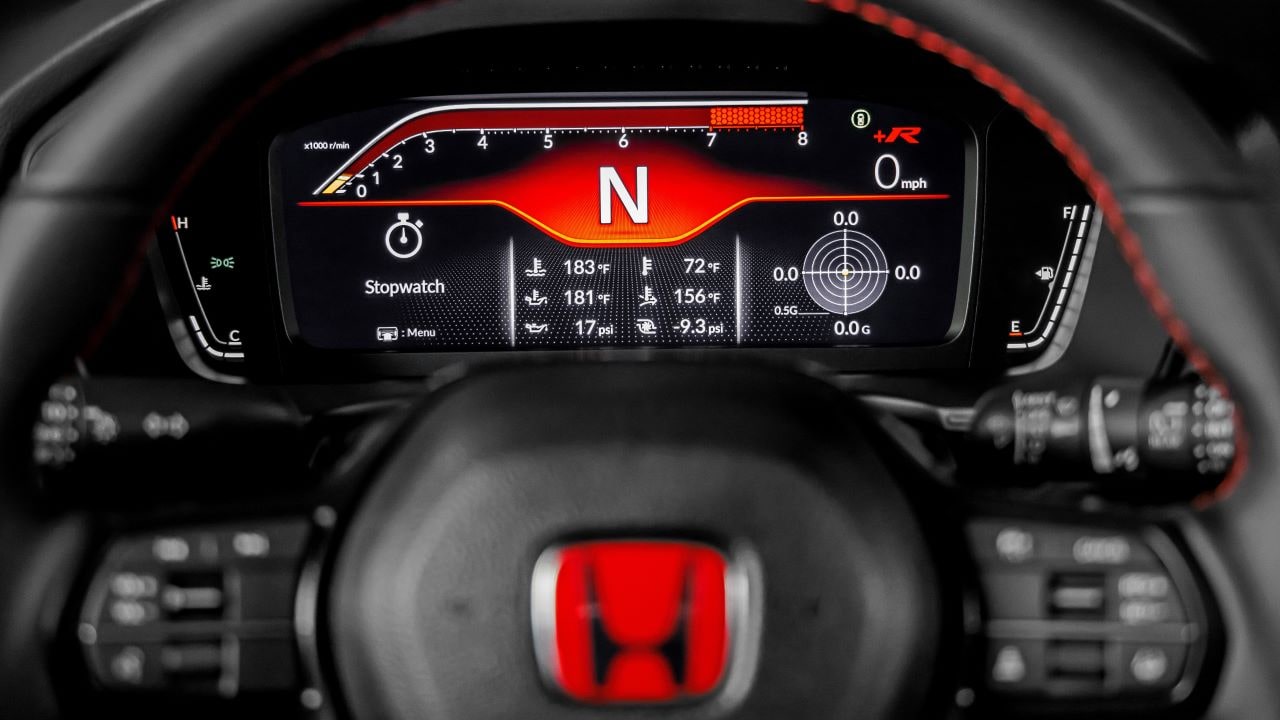 One addition that makes this iteration of the Type R is how the digital gauge cluster displays information when you switch to the +R driving mode. This CTR’s gauge comes with a graphic engine rpm display, rev indicator lights, and gear position indicator higher on the screen, while different information, depending on what has been selected by the driver, is shown lower on the multi-information display.

For those who are really serious about squeezing every second out of their laps, the Honda data logger, aptly named LogR, gives real-time information on the Type R’s movements and behavior resulting from the driver’s input. Other essential key features include a stopwatch to record lap times and for the social media savvy, the ability to share driving videos. Powering the Civic Type R is what looks to be the same 2.0-liter turbocharged engine. Again, Honda exclaims that this is now a more powerful and responsive motor, so they must have put in some engineering magic into its tune. The motor is mated to a 6-speed manual transmission with a rev-matching system that makes for a lot of fun when taking corners. No specific power and torque figures have been revealed by Honda, but we’re guessing they’ll come clean sooner than later.

The Type R will be available in 5 different colors: the Type R-exclusive Championship White, Rallye Red, Boost Blue, Crystal Black Pearl, and Sonic Grey Pearl. Pricing will be given later this year.

While it has finally been revealed, the official launch of the Type R isn’t until a few more months from now. With what we see here, there are more than enough things to be excited about. We know we are, and we’re all giddy about it, too. As the local Honda folks would say, “WOW! TYPE R, TOL!” And oh, what a Type R this one is.