Heads up, friends who take CAVITEX daily! As announced on its official Facebook page, admins saw fit to give an early warning on the repairs slated for the Cavite-bound portion of the Las Pinas bridge of the expressway. The repairs are scheduled for 12 days, with 2 different portions to be fixed.

The scheduled repairs will take place along the Cavite-bound side of the CAVITEX-Las Pinas bridge. The repairs will be done in two phases to address two different portions that need to be fixed. 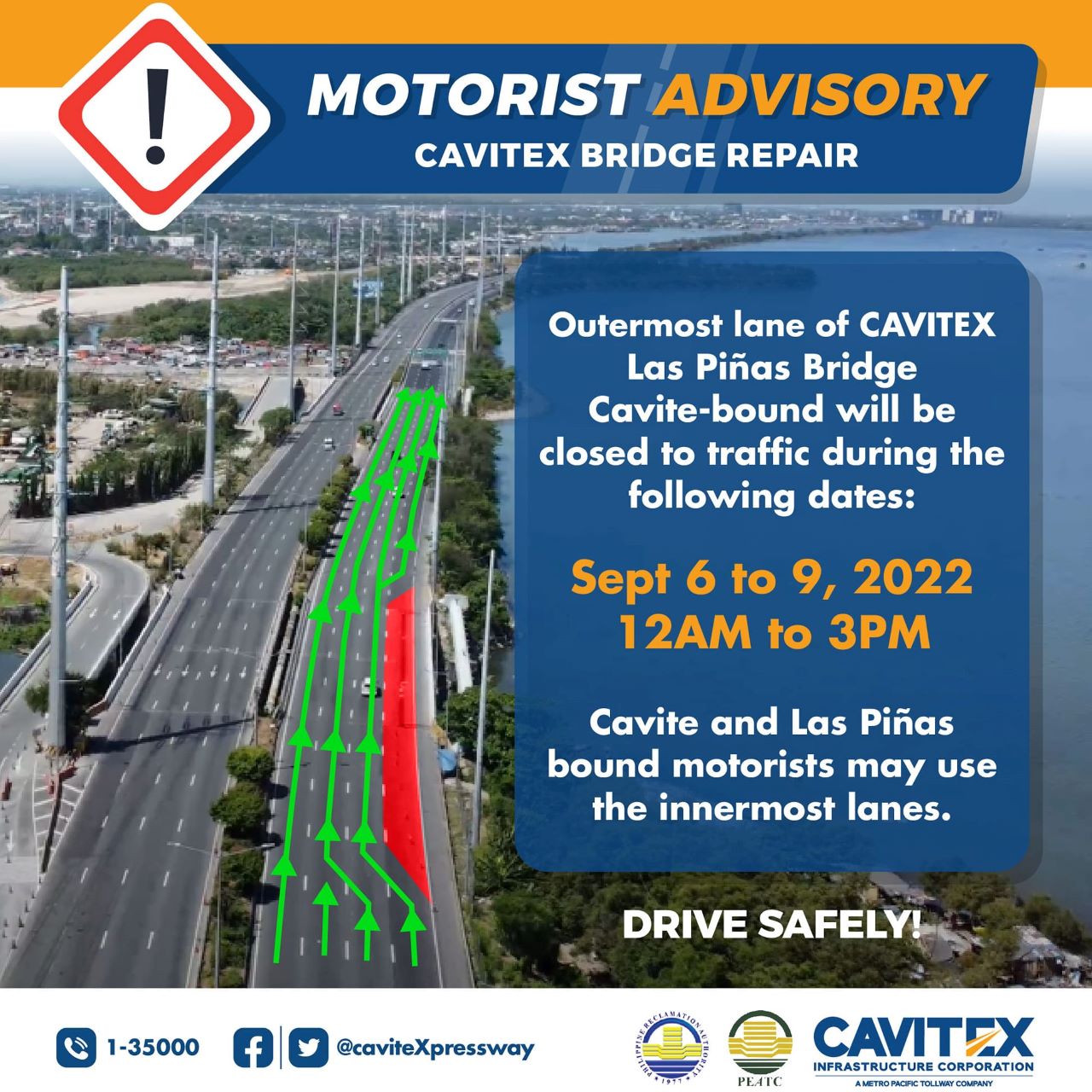 First, from September 6 – 9, the outermost/rightmost lane will be closed, and only the first 3 lanes from the center island will be available for vehicles. The lane closure is scheduled for 12:00 AM until 3:00 PM until its completion. 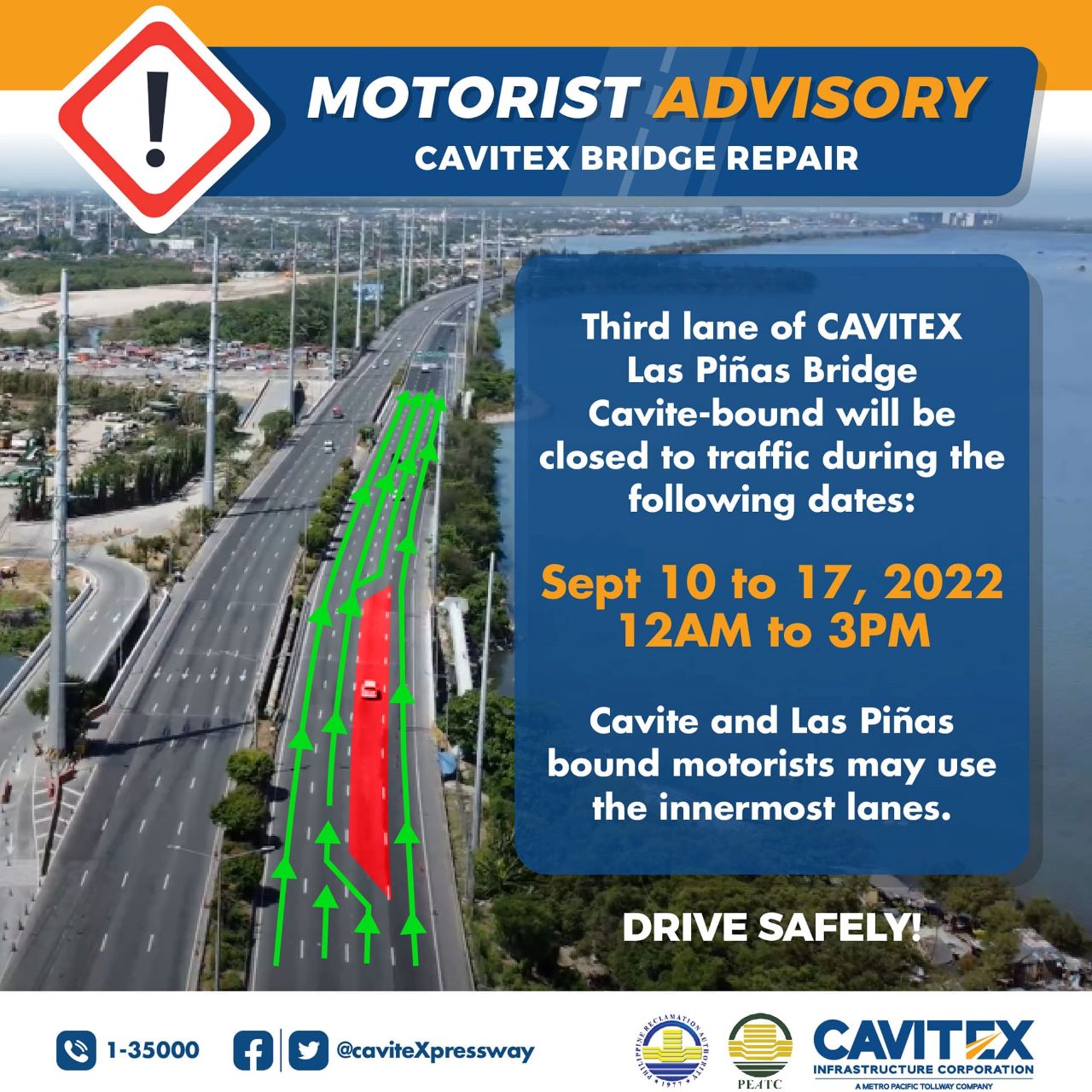 In its second phase, which will be from September 10 – 17, the 3rd lane from the center island will be closed for repairs. This time, only the first two lanes from the island and the by-then newly-repaired portion (or the 4th and outermost lane) will be passable for vehicles. The lane closures will still follow the same 12:00 AM – 3:00 PM schedules until the repairs have been completed.

It’s been only a few years since the Manila-Cavite Toll Expressway opened its gates to the public, but already some portions along the roadway are up for fixing. This isn’t something we shouldn’t take badly, though. If anything, let’s be quite grateful that the administrators of the tollway are on top of things, getting them repaired before anything worse might happen.

A positive outlook will be much better since these lane closures will inevitably bring a lot of traffic, but counterflow schemes will be implemented during rush hours as an alternative route heading into Kawit. At least that’s a bit of comforting news, right?

Sharing is caring; the early warning of CAVITEX is for motorists to be advised early, after all, so please spread the word. Drive safely out there, everyone.